What The Fuck Is Happening In Denton? 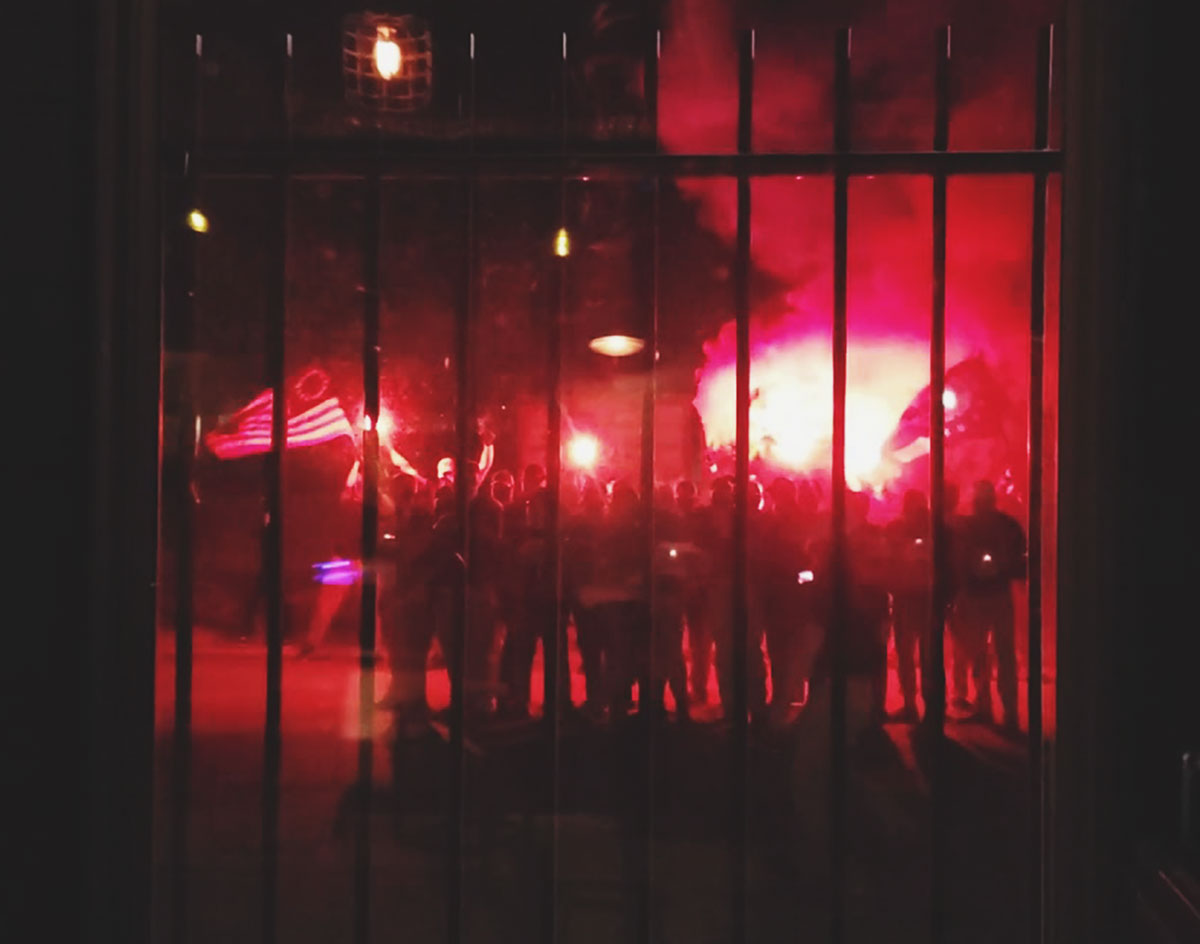 Over The Weekend, White Supremacists Decided To Crawl Out Of The Gutter To Assault People And Protest An Anarchist Book Fair. What The Hell?

It’s been a turbulent week for the quaint little college town of Denton — and, somehow, much of said turbulence is surrounding music venues.

On Saturday, the long-dormant-but-soon-to-be-fully-reopen music venue Rubber Gloves Rehearsal Studios hosted an event called the North Texas Anarchist Book Fair, where participants were briefly confronted by a group of protesters who identify as members of Patriot Front — a locally-sprung group that has been identified by the Southern Poverty Law Center as a white supremacist hate group.

Their appearance at the event was captured on video.

According to employees of the venue, it appears as if these protesters were mostly on hand for a photo opportunity. They held flares lit and waves flags in the parking lot, posed for pictures, then fled shortly after outside filming began of their presence. [Full disclosure: The author of this piece worked at Rubber Gloves from 2015 to its close in June 2016.]

Thankfully, nobody was hurt at Gloves.

Alas, the same can’t be said of another incident that occurred on Sunday, just a few blocks away. The Denton Record-Chronicle reports the general manager of Harvest House was assaulted after asking a group of people to leave the bar upon noticing that one of them had tattoos of swastikas. The manager also told the DRC he was called an anti-Semitic slur during the altercation.

Despite the events basically taking place right down the street from one another, Denton Police say they are not connected.

These incidents do, however, come in the wake of the ADL’s Center on Extremism finding an increase in white supremacy propaganda efforts near college campuses during the 2018-2019 academic school year, up seven percent from white supremacist activity on campuses the year before.

In response to both of these events, community members have organized a “Hate Has No Home In Denton County” demonstration scheduled for 7 p.m. on Tuesday evening at the Denton County Courthouse on the Square.