Tomi Lahren Is Now Selling Leggings To Own The Libs. 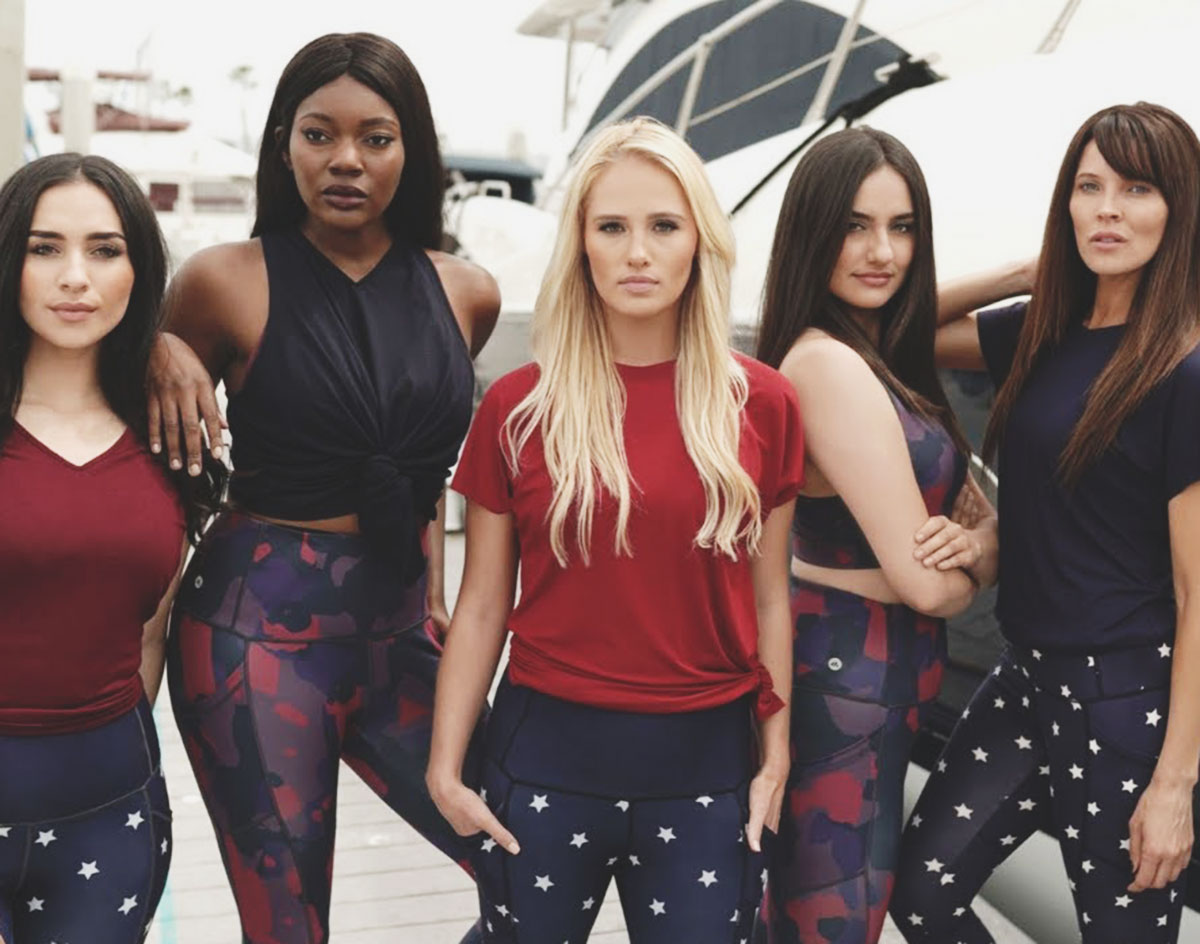 The Divisive Fox Nation Host Has Launched A Self-Defense-Focused Athleisure Line With A Clothing Company Based Here In Her Old Dallas Stomping Grounds.

In case you haven’t been on Twitter or Facebook this week — or if you just have her name muted from your feed — everyone’s least favorite “can I speak to the manager” lady in the making has decided to release a new athleisure line.

Last week, Tomi Lahren — who moved away from Dallas in 2017 after rising to fame here while producing all those cringe-worthy conservative rants that your uncle used to share to his feed — announced that she has partnered with the Dallas-based athleisure clothing company Alexo Athletica, which sets itself apart in the market by sewing gun holsters into its leggings, to release a new line of athletic wear. Perhaps predictably, she has chosen “Freedom” as the name of her line.

In an Instagram post announcing the launch of the partnership, Lahren says that “some have told me I’m too controversial” to have an athleisure line, that conservatives should just stick to politics and Trump cheerleading.”

Some have told me I’m too “controversial” to have an athleisure line, that conservatives should just stick to politics and Trump cheerleading. My response? Watch me. Introducing Freedom by Tomi Lahren by @alexoathletica full line available now. #TeamTomi #FreedombyTomiLahren #Alexo #athleisure

Conveniently enough, in a moment akin to that “Heartbreaking: The worst person you know just made a great point” headline from Clickhole, we’ll concede Lahren — who has surprised us before by admitting to being pro-choice — makes a fair point in her argument that safety while jogging alone, especially at night, is a concern among many women. Founded by former NRA TV host Amy Robbins, Alexo Athletica claims it wants to combat a culture where women are susceptible to danger while doing something as mundane as jogging by selling legging with pockets custom-designed to sheath self-defense weapons. While acknowledging that she herself is a staunch proponent of second amendment rights, Lahren has decided to omit the brand’s staple holster feature from her own line, saying she is aware that not everyone is prepared to go for a stroll while sporting a gun on their hip.

One problem: In addition to star-adorned prints, Lahren’s line also features red-and-blue camouflage designs that look strangely similar to blood splatter marks. Yeesh. What’s next? American flag-covered bulletproof track jackets? Hey, anything but advocating for legislation that will make it harder for people to commit acts of terror with guns, right?

Regardless, while the expected onset of (hilarious) criticism seems to have so far eclipsed the clothing itself, Lahren doesn’t seem to mind.

Many of you in the vile place that is Twitter will mock and degrade me no matter what I do. Quite frankly, don’t care. This is my line and I’m damn proud of it and all the women part of it with me. https://t.co/MGiB0FcM5v pic.twitter.com/R1ZuZLdwh3

As for us? Without even commenting on the irony of Lahren’s Freedom line allegedly being made in China, we’ll pass.