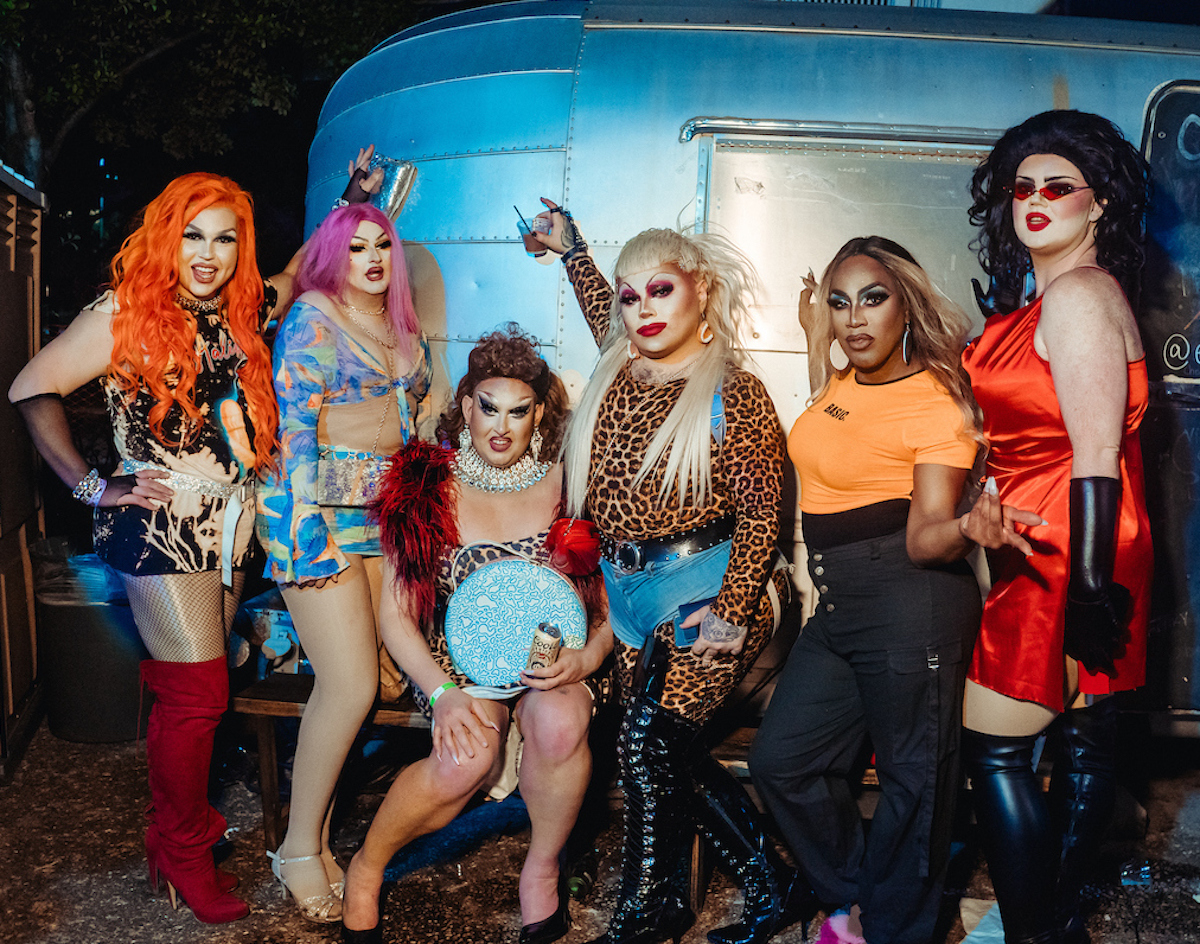 From Oak Lawn To Deep Ellum, The City Is Bursting With Opportunities To Experience It’s Glamorous Queens. Here’s A Crash Course On Dallas’ Drag Scene.

Jam-packed with fabulous challenges and iconic celebrity guest judges, it’s no surprise RuPaul’s Drag Race is thriving in its fourteenth season. The show, which reportedly took only one pitch meeting to be picked up, has been a trailblazer in popularizing and expanding the drag scene across the country.

In fact, Dallas has spawned many drag performers who went on to compete on the show, including Kerri Colby, who (SPOILER ALERT) placed 9th on this current season.

SEE ALSO: All The Dallas Queens Who Competed On Drag Race.

While the show has given a serious national platform for drag culture, there are many venues around Dallas where you can directly support local queens. Located inside Station 4, The Rose Room has been a hotspot for drag shows for decades, cementing itself as one of Dallas’ most iconic showrooms. The venue hosts drag shows every Thursday, Friday, Saturday and Sunday.

Meanwhile, the Round-Up Saloon is another go-to for drag shows and events. The joint hosts a Drag Race watch party each premiere night and Totally Tuesday, a weekly drag show hosted by Marisa Kage and Macarena. While The Rose Room and the Round-Up are great places to start if you’re interested in Dallas drag culture, there are even more venues and events to choose from.

We picked 10 recurring events to help you get started.

Tension’s Bichota Thursdays Drag Show
Every Thursday night, some of DFW’s best and most fabulous entertainers gather at Havana Bar & Grill Wine to entertain the masses. Cocktails, wine, margaritas and music combine for the perfect midweek pick me up.

Diva Royale Drag Queen Show
The Clover Club’s got you covered all weekend with dinner every Friday and Saturday night and brunch every Sunday. Diva Royale puts on drag shows all over the country, so you’re in for performances from top-tier entertainers.

Drag Brunch at The Free Man Cafe and Lounge
Every Saturday, Dallas queen Bleach and musician Dezi 5 host this energetic brunch in Deep Ellum. With occasional appearances from superstar and Drag Race all star Kennedy Davenport, you’ll want to come out every week to catch all the glamorous action.

Mr. Misster’s Champagne Drag Brunch
This famed brunch sets out to prove day life can be just as exciting as nightlife. Champagne, music and host Nicole O’Hara Munro fuse for a spectacular event every Saturday afternoon.

Sunday Drag Brunch at Tequila Delicious
Polish off your week with mimosa, beer and margarita towers and performances from host Mayra D’Lorenzon, along with some of Dallas’ best drag performers.

Virgin Hotel Drag Brunch
This bi-monthly Sunday brunch boasts an extensive brunch menu and top-notch performers. There’s a $50 minimum tab per person and reservations are required, so plan accordingly for this one.

Drag Show & Brunch: Ruby Diamond and Her Dolls!
Ruby Diamond and her cast of queens are making their mark on The Trove every Sunday afternoon. The event features a Jewelry Bar, gemstone-themed cocktails and a yummy brunch menu, of course. Pre-ordering tickets online is mandatory for admission for this event too, so don’t forget to reserve your spot.

Pollution: Drag Show
The next installment of this monthly drag show is Sunday, April 10 at Three Links in Deep Ellum. Anna Cvntour is curating all the fun, and each meal comes with a complimentary mimosa.

Glitterbomb
It’s a slight journey out of Dallas, but Denton’s favorite queer variety show makes the trip worth it. Held at Rubber Gloves Rehearsal Studios, Glitterbomb showcases not only drag, but burlesque, sideshow, magic and musical talent every week. The show has been on hiatus and has had to postpone it’s return quite a few times, but we finally have a date — April 7.

Prima-Donna Drag Brunch
On the first and third Sunday of each month, Jada Fox is joined by a cast of drag performers to put on a spectacular show to the tune of a Tex-Mex menu and specialty drinks.

Tapped Out Drag Brunch
Queen Jenni P hosts this bi-monthly Sunday affair at Cedar Springs Tap House. There are two shows, one at noon and one a 2 p.m., featuring a cast of varying eye-catching performers.