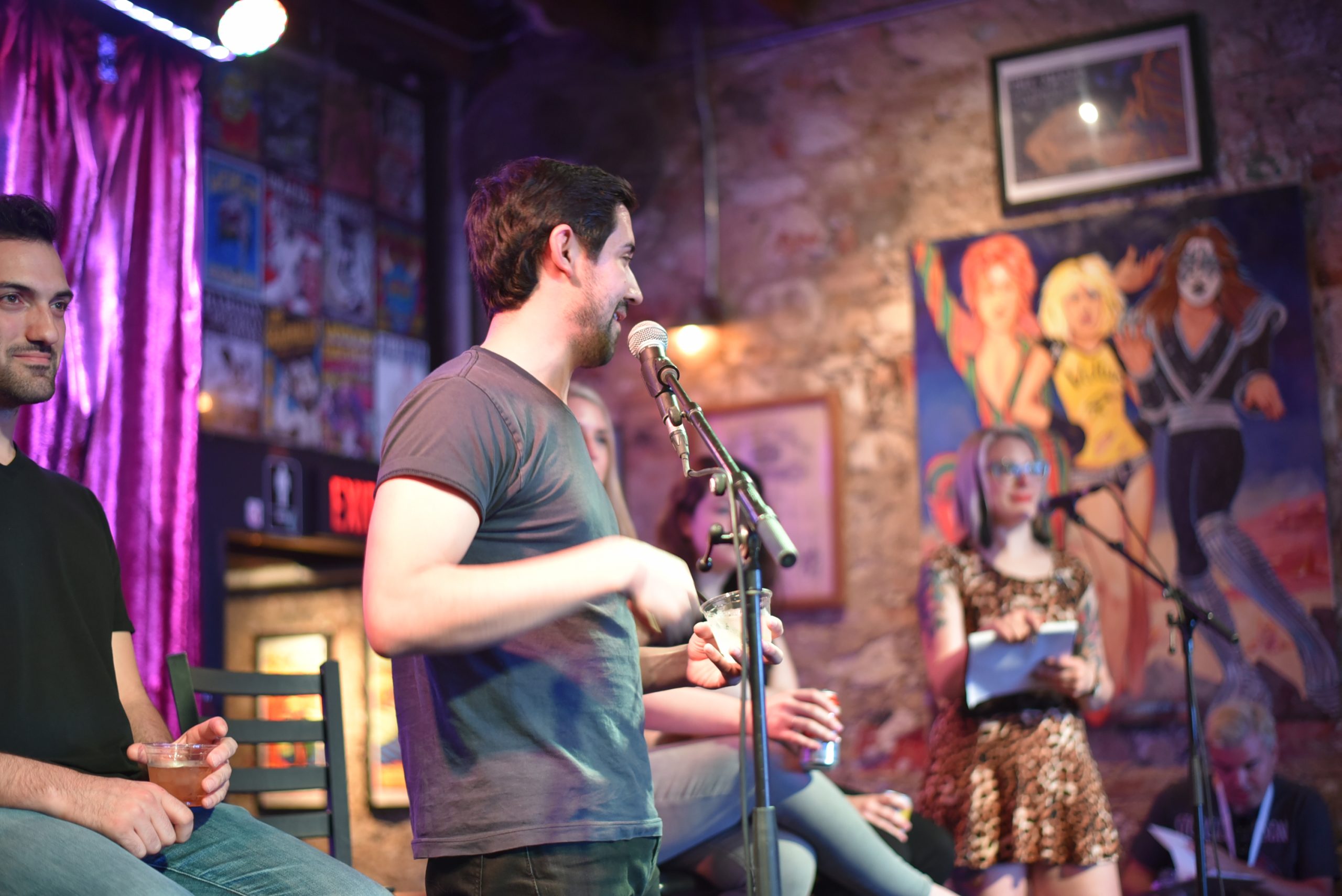 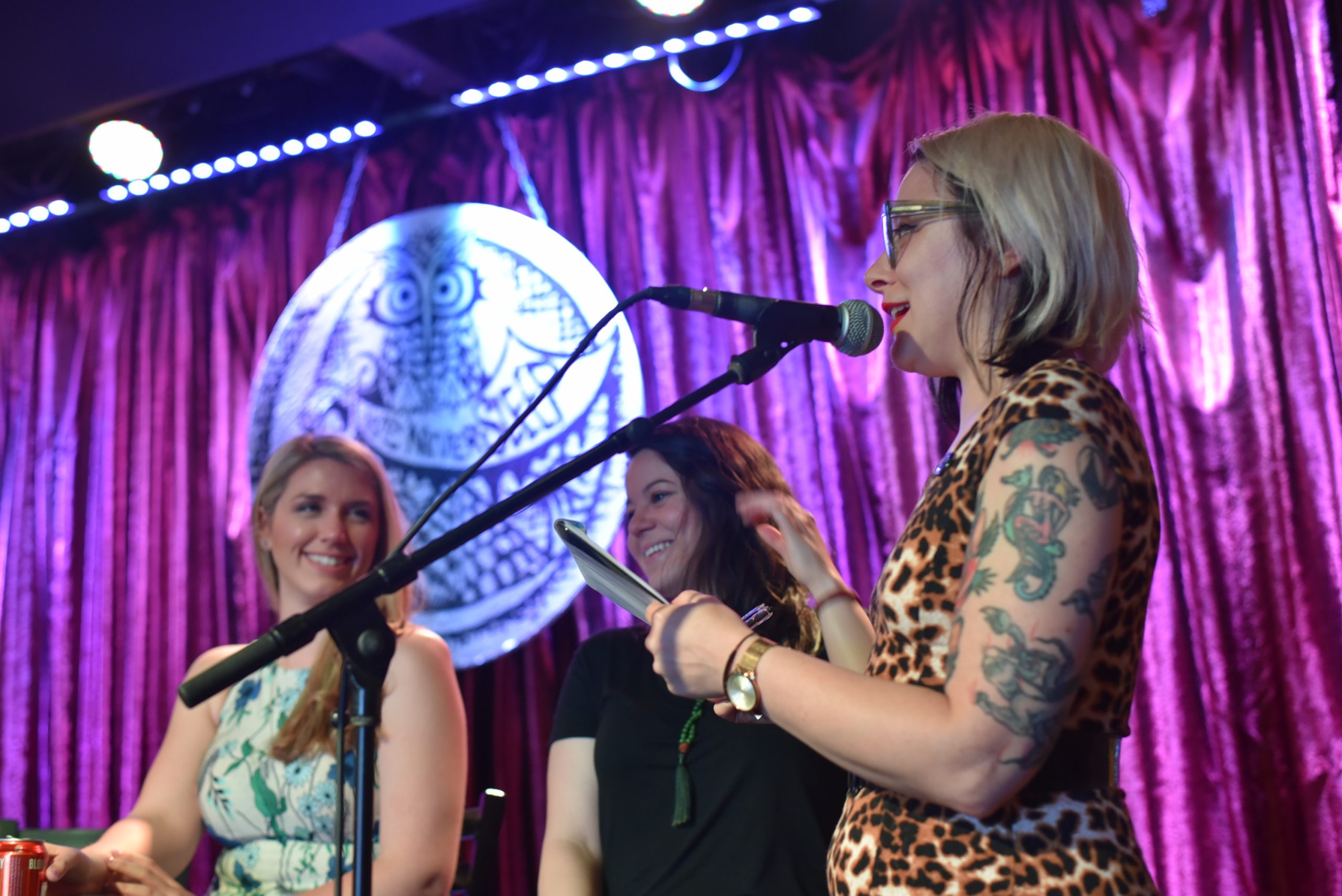 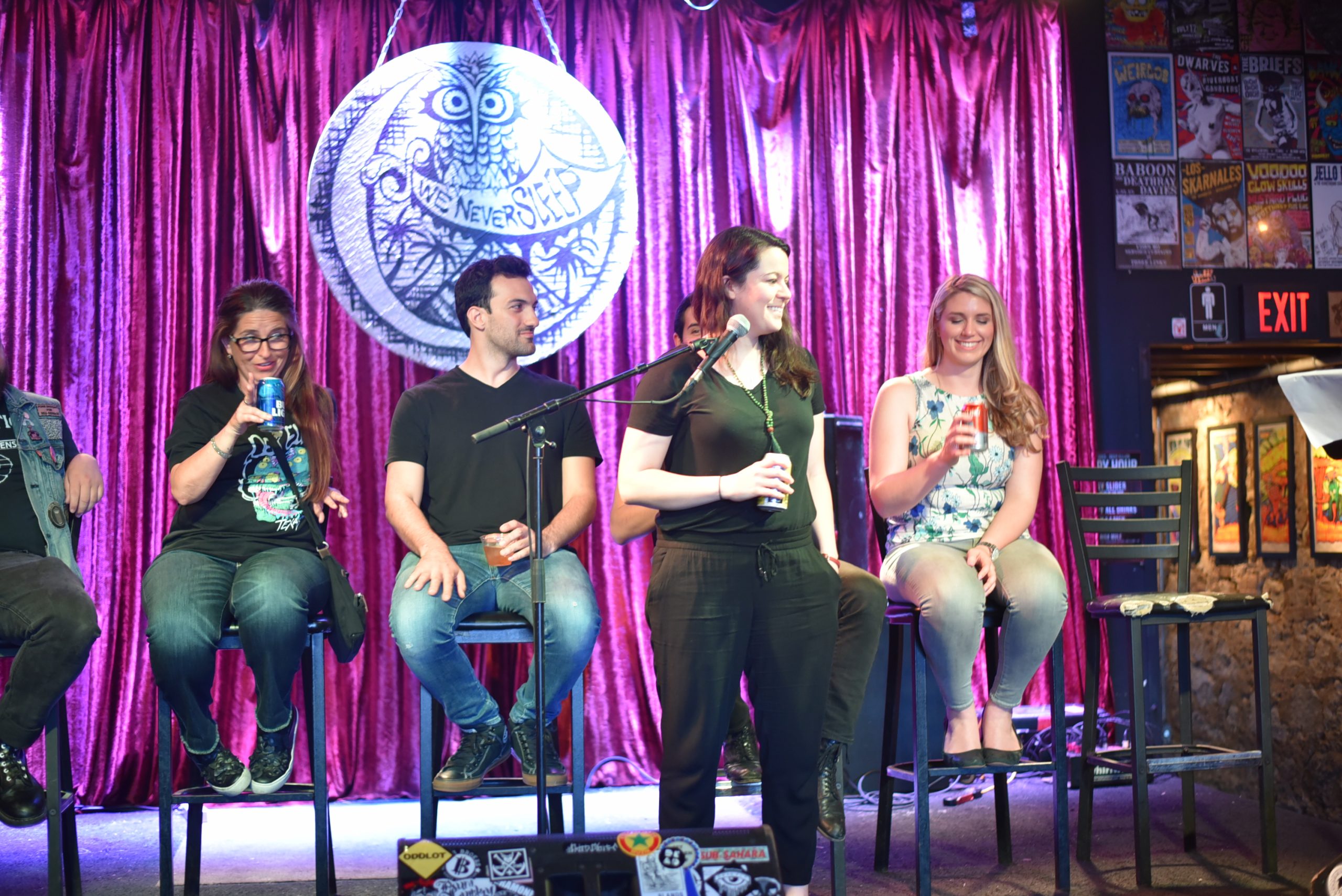 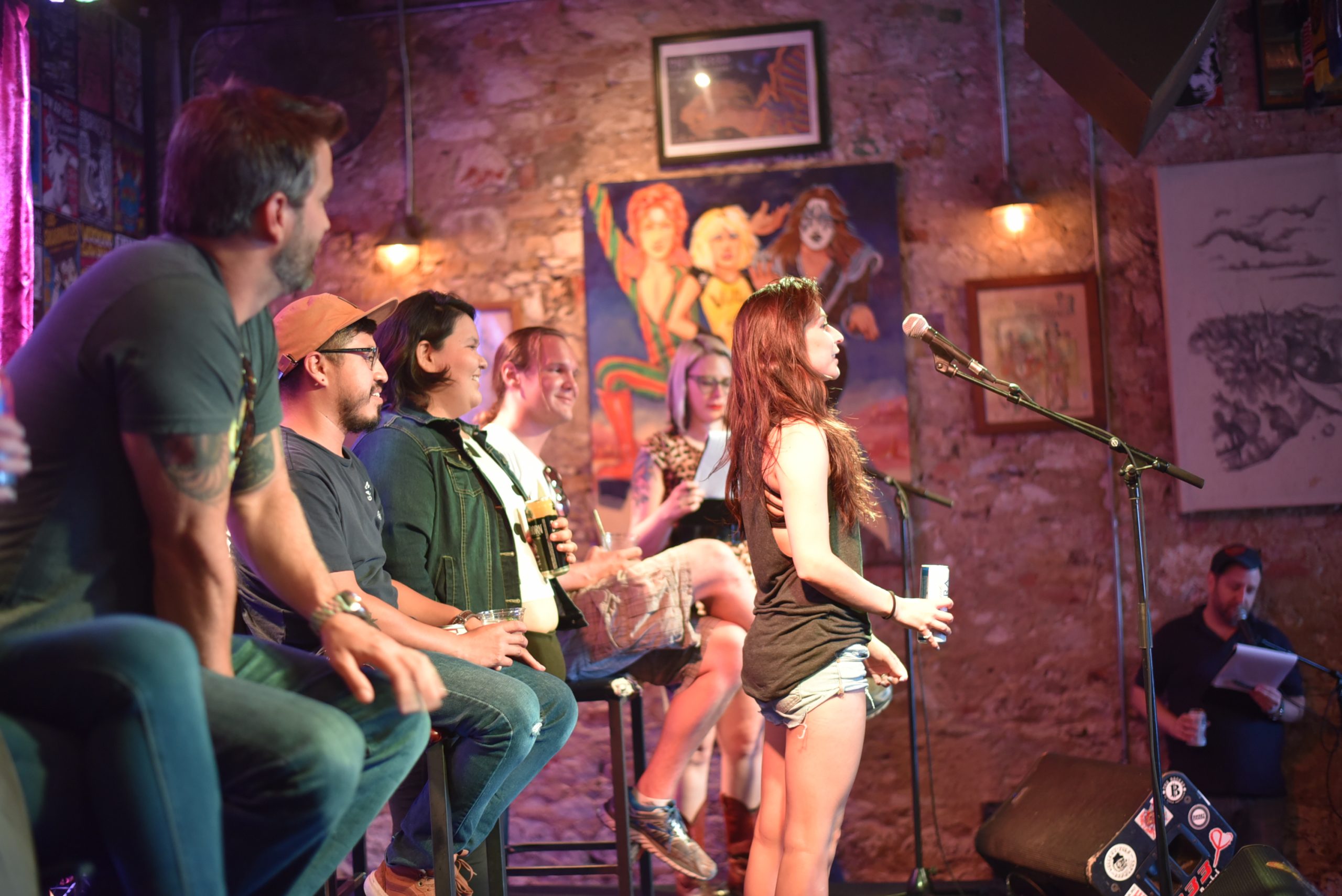 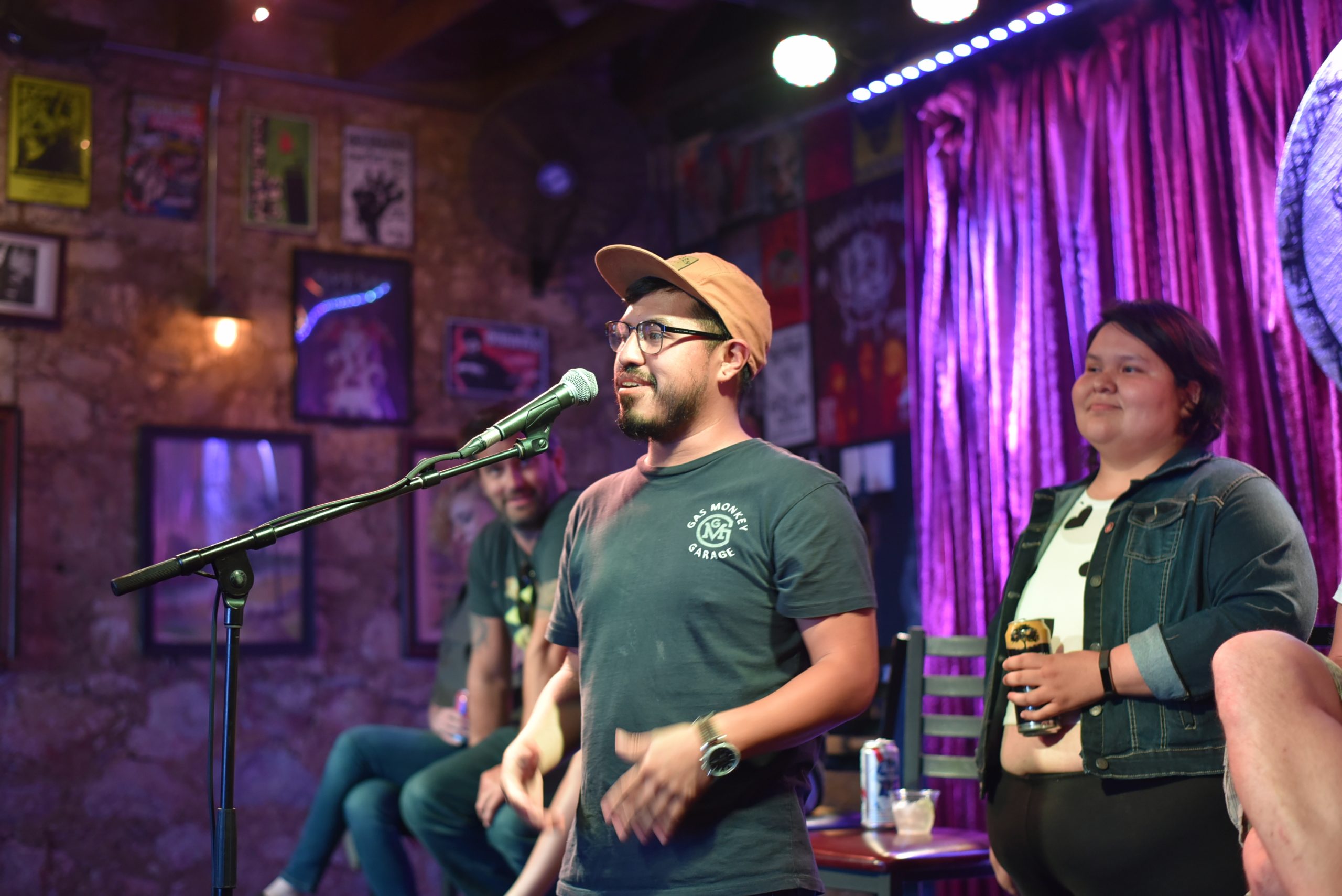 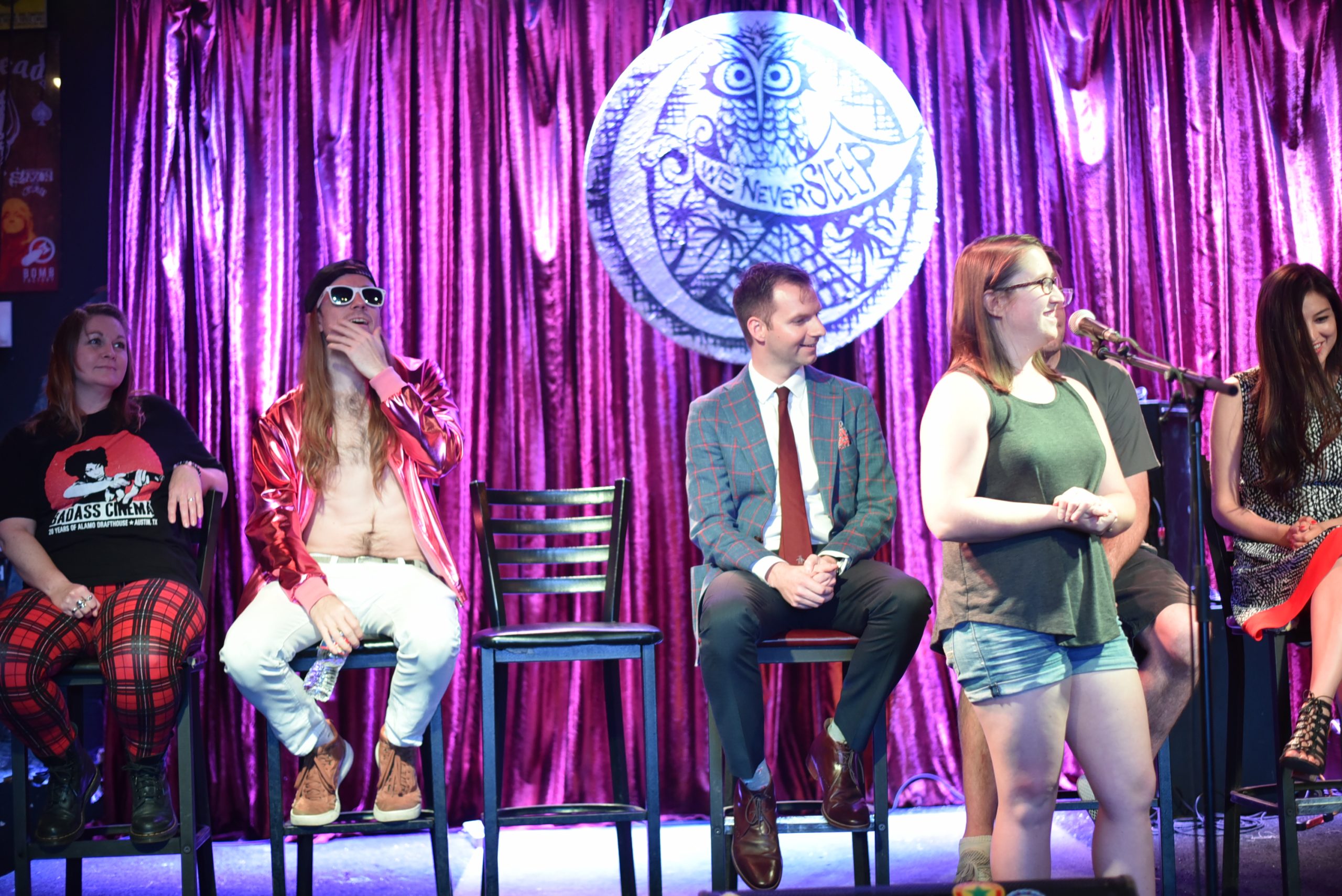 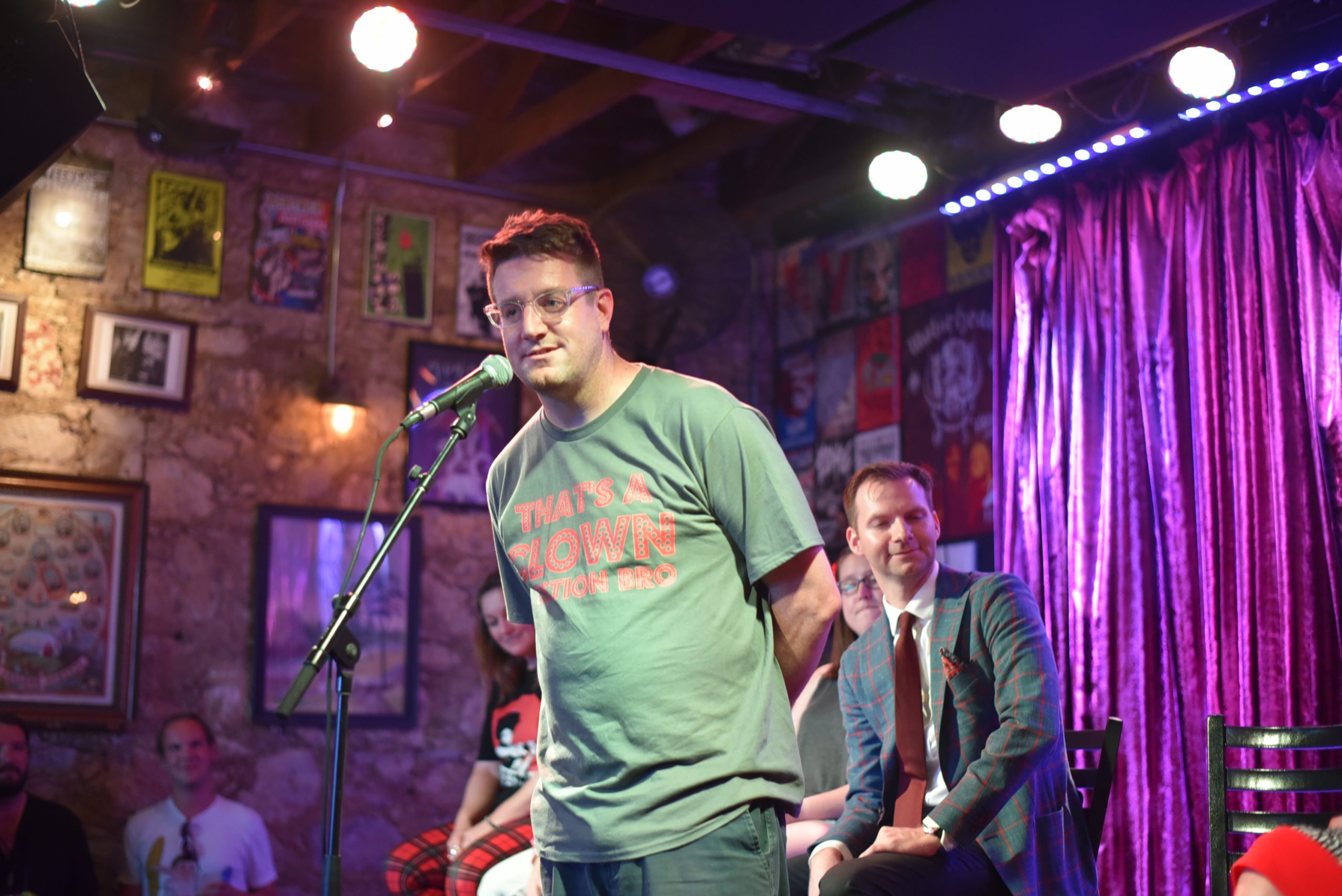 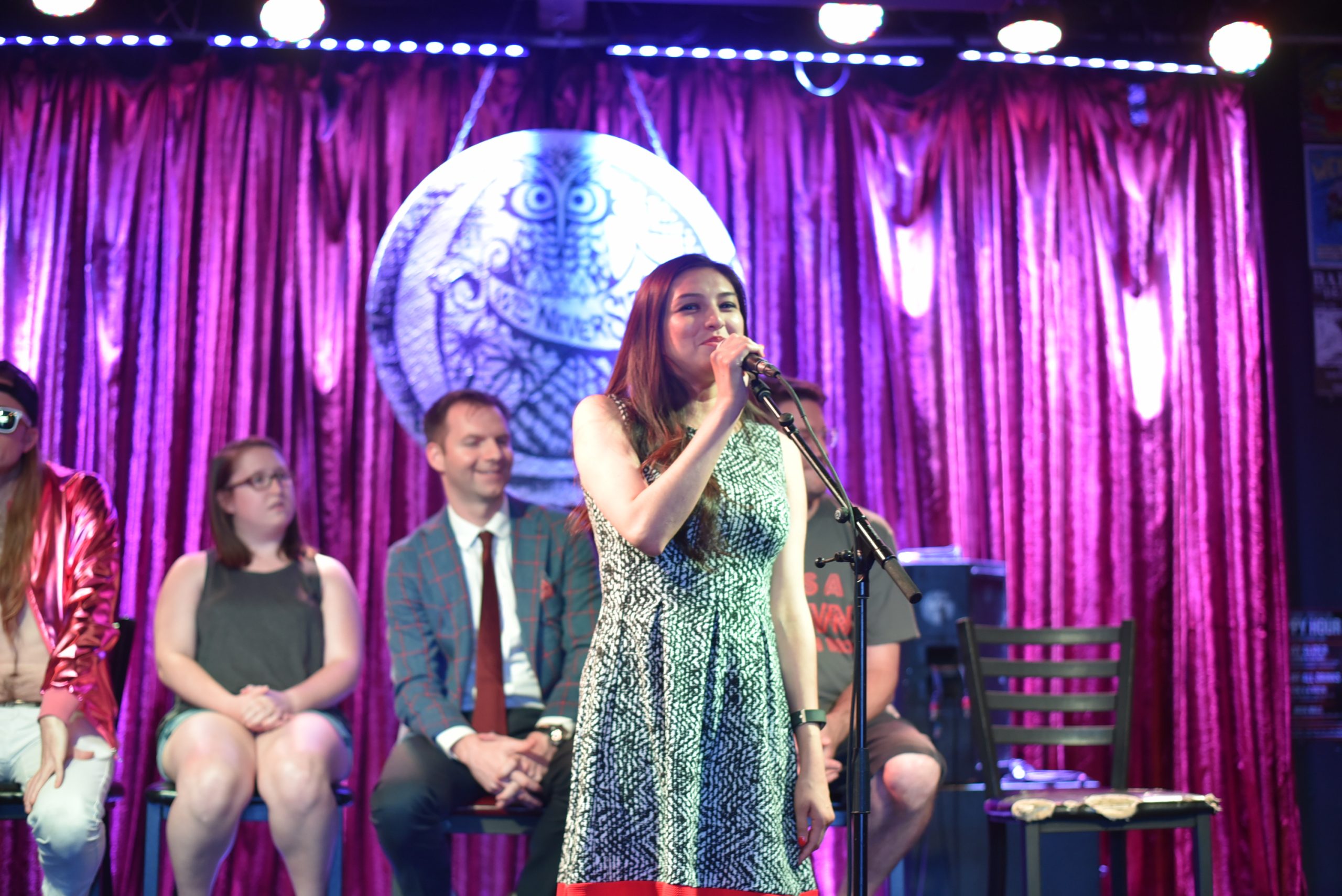 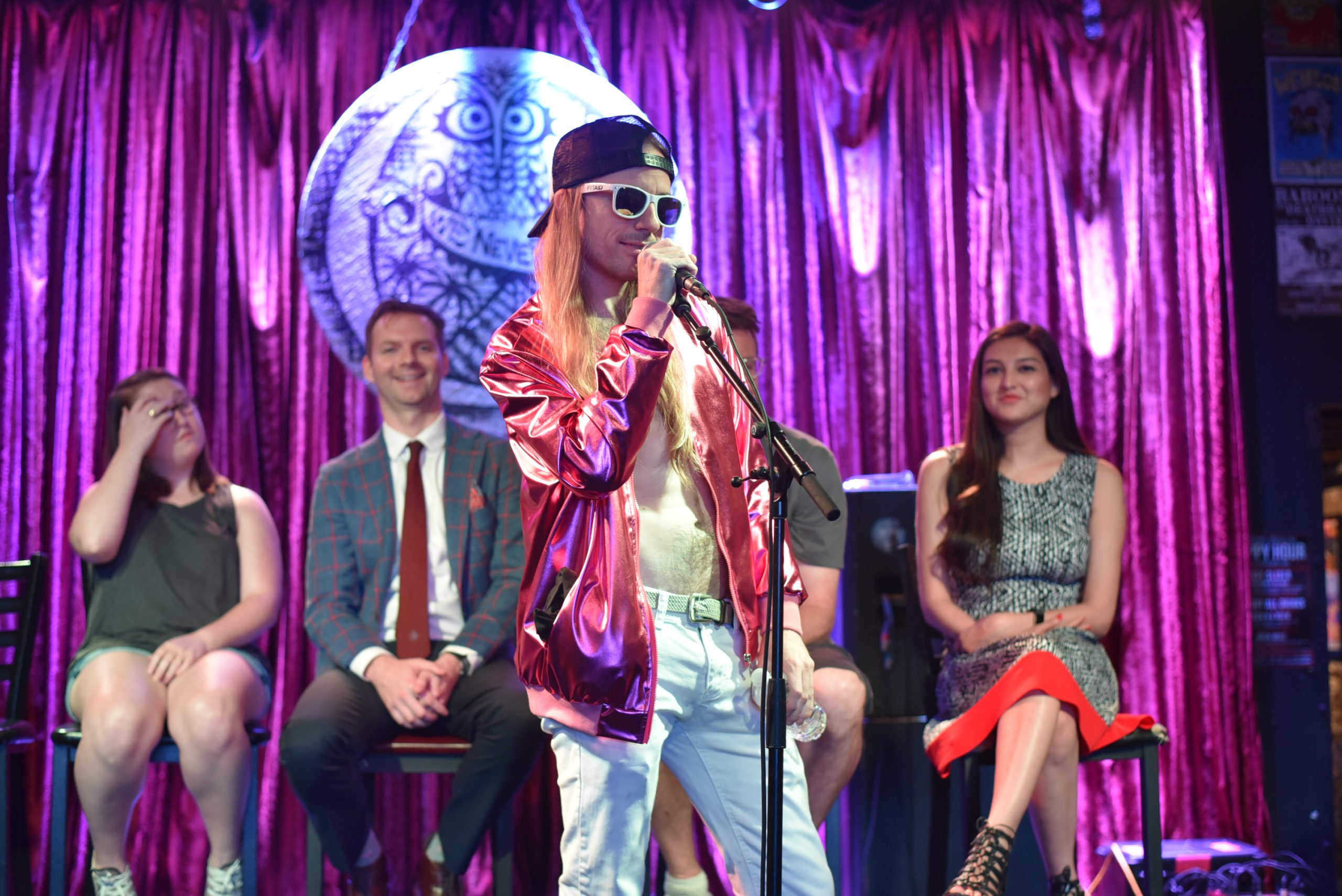 Last night at Three Links in Deep Ellum, some 24 locals who were perhaps a little too confident in their spelling abilities took to the stage to try and spell words like “fun” and “meow” — and, OK, harder ones like “concierge,” “hippopotamus” and “garrulous” later on, fine — in an attempt to take home the title of Deep Ellum’s top speller.

Along with Maddy Freeman, the winner of last year’s inaugural contest, I played the role of co-host and -judge.

It was a grand ol’ time — and, while it maybe didn’t feature the same level of raw spelling talent as the 91st Scripps National Spelling Bee that will be coming to its conclusion on ESPN tonight, it definitely featured some drama. Best friends, couples and and people who asked everyone in the room to believe that they were really named “Joey Alcatraz” all competed against one another rather valiantly.

Following four opening rounds of six spellers trying to outlast one another — and a fifth round in which the top runners-up from each of those other rounds got a second chance at glory — a final round commenced. And, uh, it didn’t really last as long as the opening rounds as people kinda dropped like flies? In the end, it was a speller named Aaron Saucedo who won the medal distinguishing him as this years top speller.

The word he won on: “Nebulous.”

Is that the hardest ever word to spell? No, of course not! But in spelling, as in basketball and in life, you have to hit your layups to win. And last night, Saucedo did that admirably. 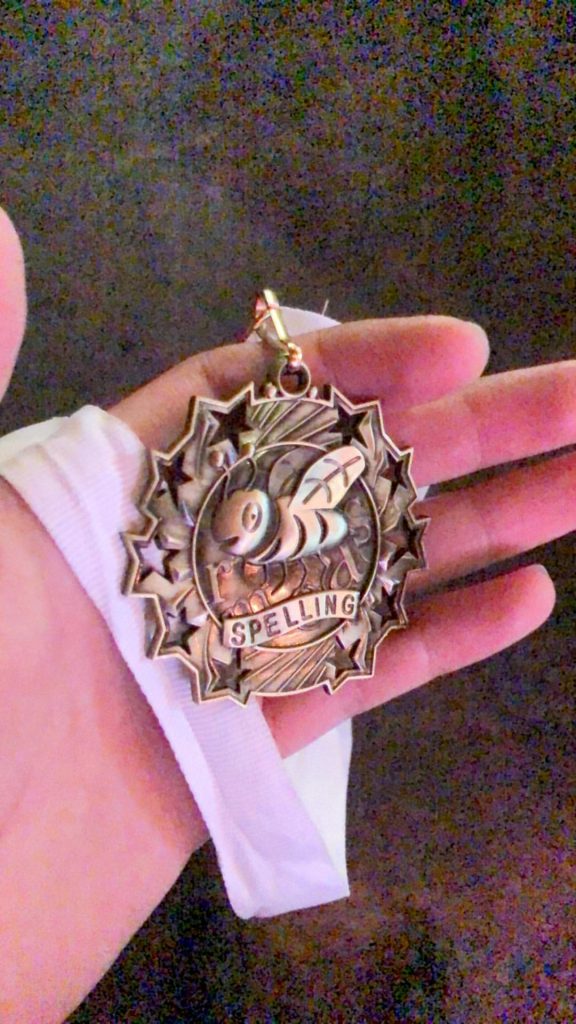