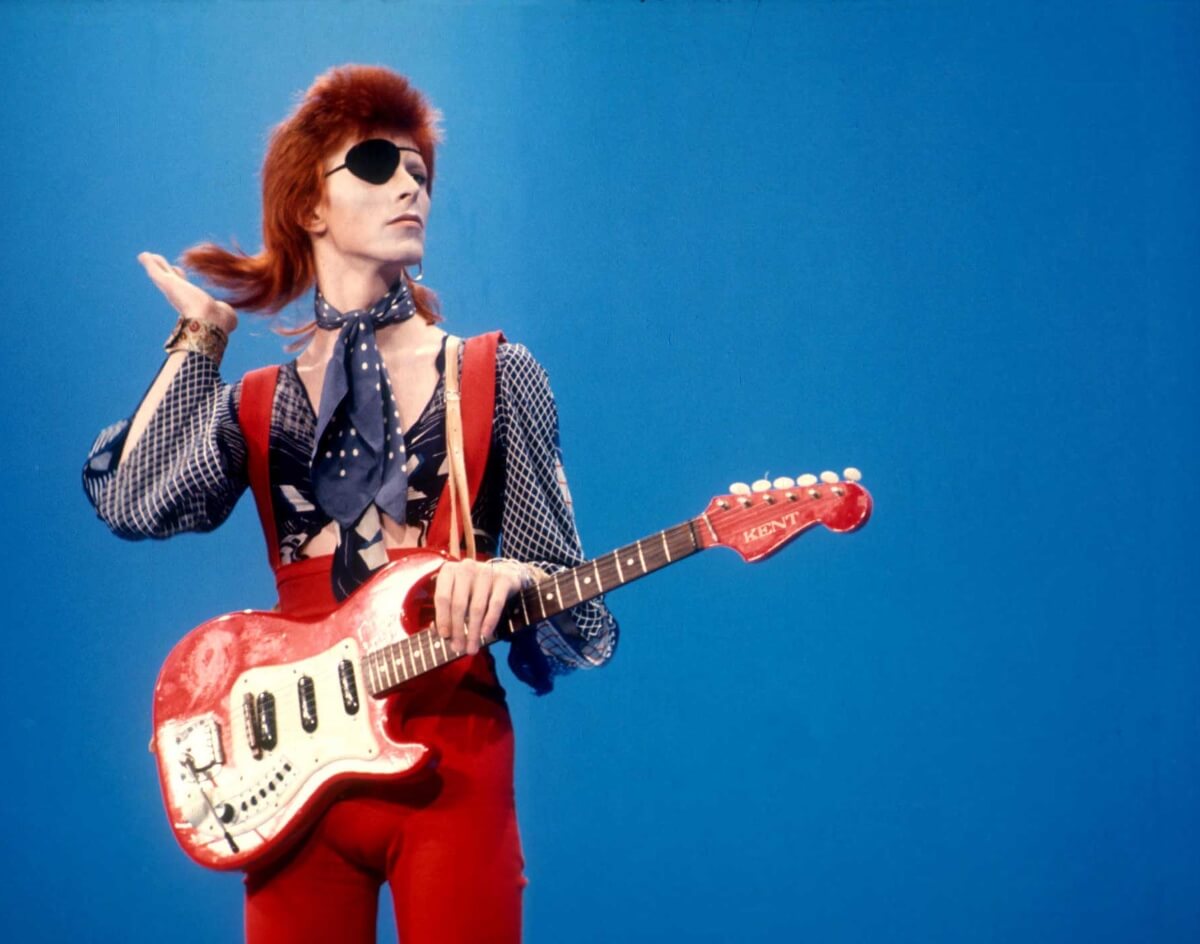 Put Your Red Shoes On And Dance.

Here’s a little lifehack to turn YouTube into the ultimate streaming music player with its mixes feature. No more searching and queueing for you. Quick and easy.

And while we’re on the time-saving tip, below is a guide to your entire weekend in Dallas. Here’s everything you need to know about what’s going on these next three days. Quick and easy. — Cory Graves

Dallas Safari Club Adventure Convention at Kay Bailey Hutchinson Convention Center
Aside from being one of the biggest annual gatherings of its kind, the Dallas Safari Club and its yearly convention are perhaps most well-known for being the place where a hunter bid $350,000 to shoot an endangered black rhino in Namibia. While the hunter received all kinds of death threats, a recent episode of the Radiolab podcast points out that there are actually some pretty noble, rhino-saving, conservation efforts at the heart of that notorious hunt. It’s an aspect of this whole thing organizers are making a more concerted effort to highlight with this weekend’s “Conservation”-themed convention. — CG

Ray Benson and Dale Watson at Kessler Theater
Asleep at the Wheel frontman Ray Benson and chicken shit bingo proponent Dale Watson have a new album of duets out today. And they’re kicking off a brief tour in support of their new Ray and Dale project right here in Dallas. — CG

Mothership at Dan’s Silverleaf
The heavy Dallas trio has a new album due out in March, but you won’t have to wait that long to see them live. They kick off another tour Friday in Denton. The Virgin Wolves and Dead Flowers open. — CG

Josh Abbott Band at Billy Bob’s
The Josh Abbott Band only really started to breakout nationally last summer, when they made their national television debut, and their single “Wasn’t That Drunk” charted well. But they’ve been pretty huge in Texas for damn near a decade, which is how they can pull off back-to-back nights headlining the world’s largest honky-tonk. — CG

Thin White Dukes, Bastards of Soul at Granada Theater
David Bowie was born on January 8, and the 10th will mark the first anniversary of his passing. Two good reasons to celebrate his life and catalog this weekend with Bowie tribute act the Thin White Dukes. — CG

Bowie Forever at Texas Theatre (Free)
See above. In lieu of a live tribute band, Mr. Rid will be hosting a Bowie edition of his regular Skaraoke offerings. — CG

Fight Club at Inwood Theatre
I would tell you what this movie’s about, but I’m not supposed to talk about it. — CG
The West Windows (EP Release) at Three Links
TWW are dropping a follow-up to 2014’s Some Blood of Yours and Mine at this one in the form of a new EP. Stealers and Red Like Heat open. — CG

Paul Wall at Lizard Lounge
If you’re anything like us, you’ve probably wondered at some point what happened to Paul Wall? It seemed as if he fell into obscurity almost as fast as he rose to the mainstream — that’s just the nature of the music business as we’ve come to know it. As it turns out, though, Paul Wall turned down major label deals to create his own independent label, Paul Wall Music, with the help of friend and fellow Houston rapper, Slim Thug. These days he’s developing his own music style and fan base, taking it back to basics via the underground, or so he says. — Porttia Portis

HallowQUEEN at Taboo Lounge
Rave to the grave at this costumed party party. — CG

Brothers Osborne at House of Blues
Last January, the country duo opened a show on this stage. After a killer 2016 that earned them a Grammy nomination and a CMA award for Vocal Duo of the Year, the brothers are back as headliners. — CG

Locked and Loaded: Bravo Max, Birds of Night, Mean Motor Scooter at Armour, D.E. (Free)
Just a few doors down from that show above, you can catch three more of our favorite local bands, one each from Dallas, Denton and Fort Worth, on another free bill. Meaning, if you time things just right, you can catch seven of the best bands around for free tonight. — CG

Borrow or Rob New Works by Matthew Brinston at {neighborhood}
It wasn’t until he died that musician Matthew Brinston became a visual artist. “I’d like to go worldwide and really influence people through the artwork,” Brinston says. “The only reason why I’m still breathing is to somehow influence people in a positive way through this. And I think that’s crazy.” His newest works will be on display here through the end of the month. — Roberto Aguilar

Elvis’ Birthday Bash with Graceland NInjaz at Gas Monkey Live at Gas Monkey Live
Not only was Bowie born on January 8, but The King was, too. So along with all those Bowie birthday bashes going on this weekend, this Elvis party, hosted by Graceland Ninjaz, will pay homage to Mr. Presley. Tributes to Duran Duran and The Cars will open the show. — CG

Spiderweb Salon’s Annual Winter Formal at Dan’s Silverleaf
Artists, poets, storytellers and those just looking to drink in fancy duds and dance will all be on hand for this annual event. – CG

The Legend of Zelda: Symphony of the Goddesses–Master Quest at Bass Performance Hall
The Fort Worth symphony orchestra, with full chorus, will perform selections representing 29 years of music from the Zelda franchise, paired with a video presentation. — CG

Diamonds Are Forever at Alamo Drafthouse (Cedars)
Bond No. 7 bids farewell to Sean Connery in a campy but enjoyable fashion. — CG

We are the Future at Stereo Live
FYER brings electronic music – from the future. Hope your dance moves aren’t stuck in the past. — CG

Tyler Shields: Provocateur at Samuel Lynne Galleries
Former pro-skater, Vanity Fair photographer and Final Girl director, Shields will be on hand for this opening reception of his new photo exhibition, which will also serve to launch his new book, Provocateur. The photos will be on view until February 11. — CG

New Year’s Revolution at Elks Lodge #71
Headlining this local wrestling promotion’s event is WWE Hall of Famer Ron Simmons, who will also be putting on a wrestling clinic her earlier in the day. If you’re looking to job your way into the game, there are worse people to learn from than the world’s first-ever black heavyweight champion. — CG

Metroplex Wrestling at MPX Event Center
Meanwhile, this local wrestling promotion’s event will be headlined by former NWO/D-Generation X member X-Pac. You better get ready to bow to the master. — CG

Broadsiders’ Final Show at Double Wide
Says the Broadsiders, this 10-year anniversary/album release show will also be the band’s last, as it doesn’t plan on any reunions or one-offs down the road. The Booked, Dog Company and The Lash Outs open. — CG

Hypnotic Polar Plunge at Fraternal Order of Eagles
We already knew the guys over at Hypnotic Donuts were crazy — it takes little more than taking a gander at their massive chicken biscuits or doughnut offerings, which are topped with things like bacon and crumbled-up Pop Tarts, to construe as much — but this event really takes the cake. We get it: Their idea to have folks swim the length of the FOE’s pool — on a day when the high temperature will only reach the low 40s — will help raise funds for the North Texas Food Bank. But wouldn’t it be wiser to have folks pay their $10 to avoid taking the icy plunge? — CG

Sarafest! at Three Links
Currently wheelchair-bound and unable to work Dallasite Sara Pope is need of some funds to help pay for medical things. Ten bands – including Dead Flowers, Goodnight Ned, Medicine Man and Lizzie Boredom – have donated sets to the cause, and all the money raised at the door and through a raffle will go to Sara. You can also donate online here. — CG

Cymbeline at Hamon Hall
In its continuing effort to stage every single one of Shakespeare’s works, the AT&T PAC is putting on a staged reading of Cymbeline, one of his lesser-known hybrid tragedy/comedy/romance plays. — CG

John Paul White at Dada
One half of The Civil Wars rolls solo into Dada. The Secret Sisters open. — CG

Rebel Without a Cause at Alamo Drafthouse (Richardson)
James Dean, in his most iconic roll, will hit the big screen for an early matinee screening. — CG