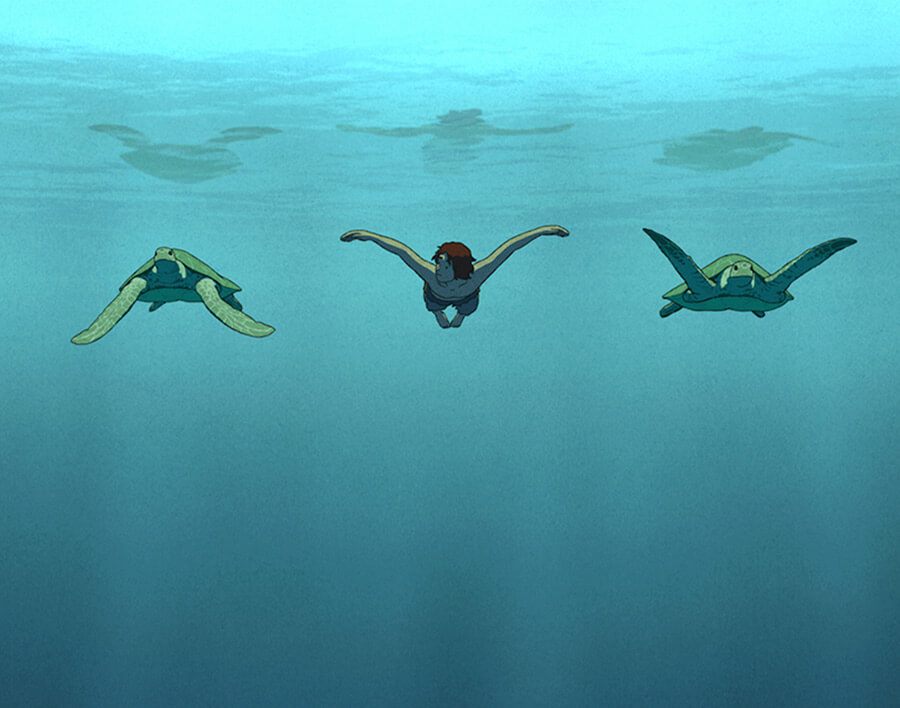 On The Red Turtle, Split, The Founder And The Rest Of January’s New Film Releases And Repertory Best Bets.

January is usually a lousy month for movies.

It’s typically where studios dump all their lousiest comedies and action flicks. And while that’s still true this time around, there’s some promise in this month’s offerings too, thanks to some better-than-average-looking big movies and some Oscar contenders that are finally reaching Dallas.

Actually, it looks like this will be a solid month after all.

A Monster Calls.
Director: J.A. Bayona.
Writer: Patrick Ness.
Cast: Lewis MacDougall, Felicity Jones, Sigourney Weaver, Liam Neeson.
Opens: Friday, January 6.
If you shed a tear during the remake of Pete’s Dragon, bring a box of tissues to this one, as you’re probably going to bawl like a baby throughout this adaptation of the beloved children’s book. Lewis MacDougall plays a bullied kid whose mom (Felicity Jones) is succumbing to cancer. But his life changes when a monster he draws comes to life to help him face down his deepest fears.

Silence.
Director: Martin Scorsese.
Writers: Martin Scorsese, Jay Cocks.
Cast: Andrew Garfield, Adam Driver, Liam Neeson, Issei Ogata.
Opens: Friday, January 13. (Opens in limited release on January 6.)
One of the most challenging films of the year is the latest from Martin Scorsese. A passion project of the director for decades, this is an adaptation of a controversial 1960s novel about Jesuit priests who travel to Japan and face extreme persecution and death at the hands of local authorities. It’s a gut-wrenching movie and nearly three hours long. But it’s certainly a movie I’ll be talking about for a long, long time. Our own Javier Fuentes has more thoughts here.

Split.
Director: M. Night Shyamalan.
Writer: M. Night Shyamalan.
Cast: James McAvoy, Anya Taylor-Joy, Haley Lu Richardson, Jessica Sula.
Opens: Friday, January 20.
In a short amount of time, M. Night Shyamalan has nearly reclaimed his legacy, thanks to switching to lower-budget horror movies instead of blockbuster disappointments. The Visit was appropriately unsettling (even with a PG-13 rating) and was his best movie in more than a decade. He’s continuing down that path with this psychological thriller about a man with multiple personalities (James McAvoy) who kidnaps three girls and keeps them locked away in a basement.

The Founder.
Director: John Lee Hancock.
Writer: Robert D. Siegel.
Cast: Michael Keaton, Nick Offerman, John Carroll Lynch, Linda Cardellini.
Opens: Friday, January 20.
Originally intended for an early fall release, this biopic got delayed until January. That’s usually not a good sign, but I still have faith in this creative team. Michael Keaton plays Ray Kroc (Michael Keaton), the founder of McDonald’s who pretty much stole the company out from under the McDonald brothers (Nick Offerman and John Carroll Lynch) to make it the empire it is today. Former Onion writer Robert Siegel (who also wrote The Wrestler) penned the script.

20th Century Women.
Director: Mike Mills.
Writer: Mike Mills.
Cast: Annette Bening, Elle Fanning, Greta Gerwig, Lucas Jade Zumann.
One of my favorite films of 2016, this dramedy is about an older single mom (Annette Bening) raising her teenage son (Lucas Jade Zumann) in late ’70s California, who enlists the object of his affection (Elle Fanning) and two of her tenants (Greta Gerwig and Billy Crudup) to teach him life lessons. Thanks to Mike Mills’ carefully crafted style, it proves his debut film Beginners was no fluke.

Paterson.
Director: Jim Jarmusch.
Writer: Jim Jarmusch.
Cast: Adam Driver, Golshifteh Farahani, Rizwan Manji, Barry Shabaka Henley.
I usually dread movies where nothing happens. But thanks to impeccable style and delightful performances, Paterson is a beautiful and uplifting movie. If you only know Adam Driver from Girls or Star Wars, you’ll be flabbergasted by his incredible performance here. There won’t be anything else like this in theaters this year.

I, Daniel Blake.
Director: Ken Loach.
Writer: Paul Laverty.
Cast: Dave Johns, Hayley Squires, Sharon Percy, Briana Shann.
The surprise winner of the 2016 Palme d’Or at the Cannes Film Festival was this social drama from Ken Loach, who’s still directing timely, powerful movies into his 80s. His latest follows the title character, an out-of-work carpenter who strikes up a friendship with a single mother at the unemployment office.

The Red Turtle.
Director: Michael Dudok de Wit.
Writer: Michael Dudok de Wit, Pascale Ferran.
The latest jaw-droppingly beautiful film from Studio Ghibli is this mostly silent feature about a man stranded on a desert island, the woman who washes ashore and the family they end up raising together.

Fight Club.
Director: David Fincher.
Writer: Jim Uhls.
Cast: Edward Norton, Brad Pitt, Helena Bonham Carter, Meat Loaf.
Playing At: Inwood Theatre.
Showing: Friday, January 6; Saturday, January 7.
A favorite of bros who completely misunderstand it, this brilliant and controversial satire from David Fincher is one of the most outrageous, unique films from one of the best years for film ever (1999).

Gunga Din.
Director: George Stevens.
Writers: Joel Sayre, Fred Guiol.
Cast: Cary Grant, Victor McLaglen, Douglas Fairbanks Jr., Joan Fontaine.
Playing At: The Magnolia.
Showing: Tuesday, January 31.
This 1939 classic adventure, loosely inspired by the work of Rudyard Kipling, was a major influence on the Indiana Jones films. More than 75 years later, its politics are a little problematic, but this is the kind of rip-roaring entertainment Hollywood has basically forgotten how to make.