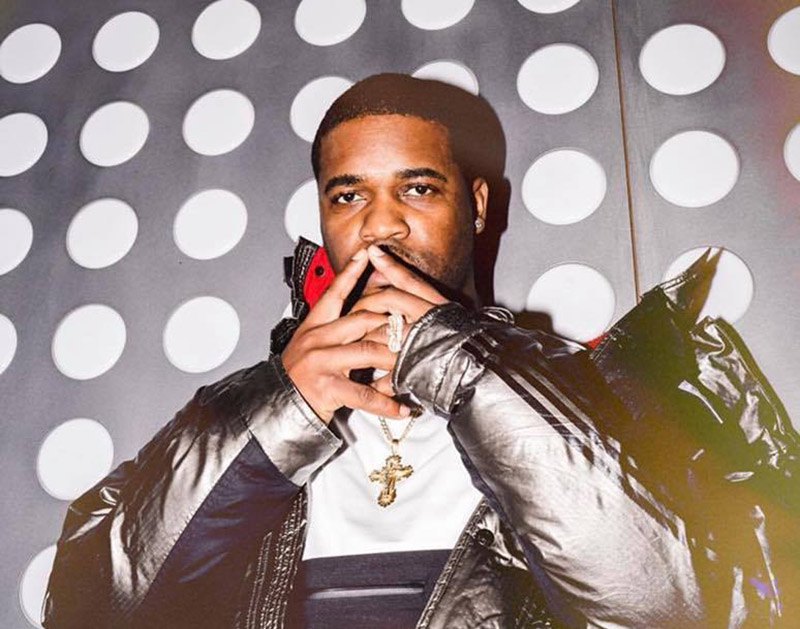 Find A New Level With ASAP Ferg At House Of Blues, Get A Taste Of SXSW At Decent Showcase At Deep Ellum Art Company And Celebrate Five Years Of Three Links.

Dallas sure gets a kick out of trying to set new Guinness World Records.

As exciting as the record attempt is, let’s not forget about the rest of the day’s activities. That event, which will be hosted on the fourth floor of the downtown Central Library, will feature a wide variety of speakers — from actors to TV news reporters to writer and even cosplayers, each of whom will share their experiences so as to provide young women in particular with an opportunity to hear from other creatives who have made it big in various industries.

Of course, that’s just one of many events going on in Dallas this weekend, as you can see from the list below. So use this list to plan and get out there and have some fun! — Obed Manuel

Deep Ellum Metal Festival at Curtain Club
Act of Defiance and Shattered Sun headline this celebration of all metal everything. — Gina Torres

One Love Art at Deep Ellum Art Company
Celebrate the one love we have for art at this gathering where live art and music meet. Proceeds benefit the fifth annual Oak Cliff  Lively Fest that’s set to take place later this year. Doors open at 8 p.m. — Kita R. Moon

Junior Brown at Kessler Theater
Junior Brown takes the Kessler by storm with his own spin on classic country music. Doors open at 6 p.m. — KM

Bomb City Screening at Texas Theatre
Rock out after enjoying the final theatrical screening of Bomb City, which tells the true-life tale of a crime against punk rockers that took place in Amarillo. This event will be a celebration of what would’ve been film subject Brian Deneke’s 40th birthday. Bonus: Each ticket purchased gives you a chance to win a guitar signed by CJ Ramone, who will be playing a set after the movie. Doors open at 8 p.m. — KM

Midnight Madness: Brazil at Inwood Theatre
Laugh it up at this cult classic that’s a mixture of comedy, thrills, fantasy, comedy and a twisted love story all in one! — KM

“Grey Space — Viva La Mujer” at Oak Cliff Cultural Center
Presented by De Colores Collective, this art show is all about celebrating womanhood and femininity. Event is free and runs from 7 to 10 p.m. — KM

Bad Manners at Three Links
As part of its weekend-long five-year anniversary celebrations, Deep Ellum venue Three Links will keep on doing what it had been for the last half-decade and try to make the Fourth Wave happen with another night full of ska music. Headlining this one is England’s iconic Bad Manners, and they’ll have support from two Denton ska bands, The Holophonics and Madaline. Will venue owner Scott Beggs skank during any of the aforementioned bands’ sets? Probably not! Is he shaking his head while reading this blurb? Probably! Also, did we just drop his name? We did indeed! Pardon us while we pick it up, pick it up, pick it up. — Pete Freedman

Whiskey Jar at Three Links
Wait, there’s another, later show at Links on this night, too? And it’s free? And there will be a complimentary whiskey shot handed out at midnight because, y’know, Whiskey Jar, but also because this is still part of Three Links’ ongoing five-year anniversary bash? Hey, Beggs. Buddy. Listen. It’s OK to say no sometimes. — PF

Revolucion Oi, Scandals TX at Double Wide
Some of the region’s most classic punk rock sounds, served up in one of Deep Ellum’s most classic venues. Just be careful not to drink your Yoohoo Yee-Haw too fast or you might be screaming “Oy!” and not “Oi!” because of your brainfreeze, and that’s not punk rock at all. — PF

ASAP Ferg at House of Blues
Don’t be a “Plain Jane.” Head out to ASAP Ferg’s Mad Man Tour’s Dallas stop as he travels around the country in support of his latest release, Still Striving. — GT

Dorothy at Cambridge Room
The rock outfit out of Los Angeles is stopping in town a week before dropping 28 Days in the Valley, so definitely expect the crew to hit the stage with with the energy of a band eager to show off its latest tunes. — GT

Joe Kay at Trees
The Soulection Radio Tour 2018 brings collection co-founder Joe Kay to town to spin the kind of multi-genre fusion of sounds his crew’s come to be known for. — GT

Femme Friday at Club Dada
Ladies, bring out all your friends and dance your ass off to tunes provided by the likes of Ursa Minor, Christy Ray and VRY WVY. — GT

Flogging Molly at Southside Ballroom
The long-running Celtic punks sing their drunken lullabies to the Dallas crowd tonight — well before the St. Patrick’s Day hangover can strike. Just be sure not to yell out any requests for Dropkick songs. They hate that. — Cory Graves

Kontrast: Synth Fest at Deep Ellum Art Company
At this celebration of all thing synth, the likes of  T-4-2 and Isopod will perform. Plenty others will also play, so be sure to click the link above for a full lineup. Shop and eat here, too, with vegan options available. — KM

Women of Wonder Con at Central Dallas Public Library
OK, ladies, now let’s get information to focus on this event that’s all about building careers in creative fields of work like comics, graphic design, fine arts, filmmaking, acting, etc. Don’t forget to wear your superhero suit and be part of setting a Guinness World Record attempt for most people as female superheroes! — GT

Paletas y Bicicletas at Lake Cliff Park, Kidd Springs Park
Clean up the park and serve the community — and enter a drawing for a chance to win a beautiful new bike! Last year, 20 bikes were given away to participants. This event is family and pet friendly so bring the whole gang and help keep the parks of Texas beautiful and clean! Activities start at 2 p.m. — KM

Starset at Canton Hall
Step into the future with the futuristic musical stylings of Starset. Starset is a an American rock band from Columbus, Ohio. The band made its mark on the scene with the release of 2014’s Transmission and isn’t showing any signs of slowing down. Palisades, Grabbitz and Year of The Locust open. — KM

Aztec Death, Partaker, Death Stairs, Bulls at Double Wide
Might as well label this show All Punk Everything for all the punk lovers in Big D. — OM

Pleasant Groove Poetry Open Mic at El Palote Panaderia
Get deep at this poetry event. Everyone from seasoned to amateur poets is welcome. And don’t be fooled — that al pastor taco really isn’t meat! — KM

SAAP Lao Kitchen Pop Up at Texas Ale Project
Get your grub on at this delicious event. Enjoy fried ribs and sticky rice and many many more treats. And also beer, of course. — KM

Otherwise at Trees
Come out, unwind and enjoy some fantastic music from some really talented bands. What would you be doing “Otherwise?” LOLJK. Well, kinda? Otherwise is a Las Vegas band that stridently classifies its music as emotional and based on real-life experiences stemming from pain and hurt. Enjoy the unique rock stylings of Vital Empire and Wayland first. Doors open at 7 p.m. — KM

A Hard Night’s Day at Granada Theater
Dallas’s own Beatles tribute can cover more than 200 songs from John, Paul, George and Ringo’s catalogs. But can they uniformly agree on who the fifth Beatle is? Hmmm. Doors open at 7 p.m. — KM

Adoption Event at BrainDead Brewing
Get your weekend dose of cute and cuddly at this furry gathering. From 12 to 4 p.m., pupperinos in need of forever homes will be on display and available for pets. And sip a brew while you’re thinking about adopting one of them. Drink enough and you might go home with one! — KM

Quiet Riot: Silent Party at Lotus
SHHHHHH! We are partying our asses off quietly at this silent riot. Put your headphones on and jam out without making a peep. Show up looking fresh and classy for this party. Take off your headphones for a laugh. Doors open at 10 p.m. — KM

Pop Evil at House of Blues
Pop Evil’s lead singer Leigh Kataty recently told Loudwire that the band hopes that with the release of the band’s newest, self-titled album, fans will truly come to know Pop Evil’s true level of evil. What does that even mean? Find out at this show! — OM

Decent Showcase at Deep Ellum Art Company
The Decent Showcase presented by skate or die fest, Central Track (that’s us!) and thisnewband gives you a chance to hear from 10 artists who will be heading down to Austin for SXSW — but before they even go! So if you’re not going to be able to make it down this year, then here’s your chance to get a sampling. Click the link above for the full lineup. Oh, and know that there will be some boss vendors at this thing, too. So bring some spending cash! — OM

55th Anniversary at Adair’s Saloon
Believe it or not, Adair’s Saloon is turning 55 this weekend. To celebrate, the good folks over there are with live tunes from 40 Acre Mule and Justin Pickard and The Thunderbird Winos. Read more about the bar’s history here. — OM

Kevin Griffin at The Kessler
The artist has worked on all sides of the music industry, from playing in Better Than Ezra to producing albums for the likes of Taylor Swift, Barenaked Ladies and Train. The point is this guy knows music and he’s sure to put on a damn good show. Jason Blume also performs. — OM

Phantom Thread at Texas Theatre
Will this actually be Daniel Day Lewis’ final film? Only time will tell. — LA

An Evening of Shoegaze at Three Links
Moon Sounds Records presents a night where label selected artists such as Bloody Knives, Rosegarden Funeral Party and more get together to play the best music the local shoegaze scene has to offer. — LA

The Mowgli’s at House of Blues
The Mowgli’s are seven individuals from Southern California, united in their overwhelming desire to make people happy. As such, the band’s harmony rich alt-rock tunes just ooze with optimism and positivity. Come on, get happy and, y’know, forget about your troubles and your strife. — Cory Graves

All Drake Everything at RBC
You know the drill, except this time it’s all about Drizzy Drake. It was only a matter of time, really, before they did this one again — it’s all part of “God’s Plan.” — OM

On Your Feet! at Music Hall at Fair Park
The 2015 musical stops in Dallas to help fans of musical legends Emilio and Gloria Estefan relive the love the two shared. Showing starts at 1:30 p.m. — OM

Old School Reunion at The Church
Enjoy $2 wells and domestics ’til 11 a.m. and enjoy things in as old school a fashion as you can. — OM

March Garden Workday at Deep Ellum Urban Garden
Dig your hands into the dirt and get ready to put some work in! — OM

Team BP Gravel Ride at Bicycles Plus
The crew at Bicycles Plus invites you to head out to the Trinity Levees for a ride that will be half gravel and half pavement. There’s a slight chance of rain, so check back with the event’s details to get updates about the ride. — OM