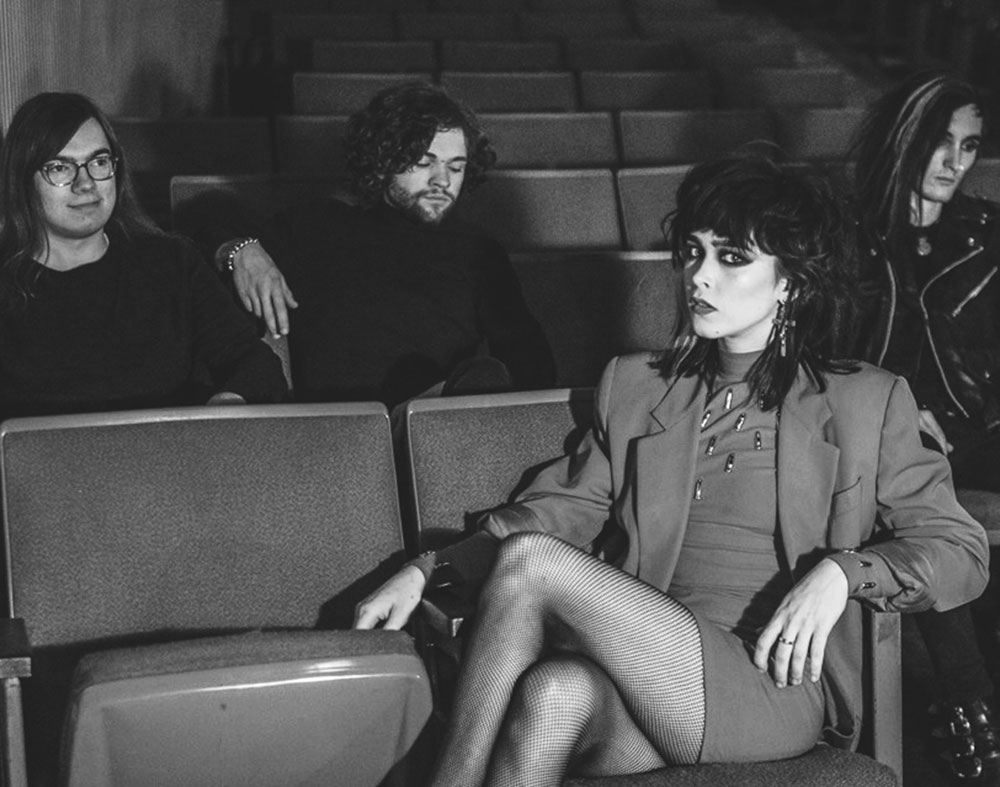 A couple years back, a band known as Moon Waves kind of shot up out of nowhere to start scoring prime gigs all around Deep Ellum — this despite the fact that none of its members were yet out of high school.

Yes, it was a fast rise for that hot young psychedelic band, indeed. But it was also short-lived: Just as the band was starting to really establish itself, it splintered; and as John Kuzmick and Gus Baldwin moved on to focus on their upstart even-more-psyched-out Acid Carousel project, whose infectious “Higher Than The Beatles” song from early 2017 continues earns regular spins on KXT, frontwoman Leah Lane formed a new post-punk project called Rosegarden Funeral Party.

And while Acid Carousel may have rushed out the gate, releasing two LPs and an EP over the course of a year, Lane’s taken her time with Rosegarden Funeral Party, her post-punk outfit that has more slowly but just as surely built up a solid following among Dallas music fans who crave something a bit more fitting of nightfall. Just last week, after a year of rising through the ranks of house shows and smaller venues, Rosegarden Funeral Party was tapped to open up for the legendary punk band The Dead Milkmen at Trees. And tomorrow, after releasing a handful of singles, the band will finally release its debut EP, The Chopping Block — a feat it will celebrate at a Sunday night show at Three Links that’s being promoted as “An Evening of Shoegaze.”

But, even at just 20 years of age, Lane is far from the shy performer that most who embrace that genre implicitly are. In live settings, as the main vocalist and lead guitar player of Rosegarden Funeral Party’s four-piece set-up, she’s more bold than anything else as shes joined by bassist Will Farrier, drummer Tate Christopher and synth master Mikka Vanya Brightheart, who provide a rich depth and unlikely dance-ability to complement her vocals.

Powerful, soulful and sultry, hers is not exactly the voice one would expect to hear bellowing out of a performer who’s still under legal drinking age — let alone one so in tune with performers like Johnette Napolitano and Annie Lennox, whose primes came well before Lane’s arrival into this world.

Her voice is particularly front-and-center on The Chopping Block single “Ill and Getting Worse,” which comes off as if Patti Smith were stepping in for Morrissey on The Smiths’ lead vocal duties. Lyrically, the song finds her at her most confident to date as well, as the self-deprecation of earlier single “Seeing You Here and Now” has been eschewed for a position of strength in which she fondly remembers a past lover while questioning what it was about that lost love that drew them together in the first place.

Released through Dallas-based label Moon Sound Records, The Chopping Block will be available for purchase on Rosegarden Funeral Party’s Bandcamp page starting tomorrow. In advance of its arrival, though, we’re stoked to share an exclusive premiere of “Ill and Getting Worse” with our readers below.