Things To Do In Dallas On Monday, May 7. 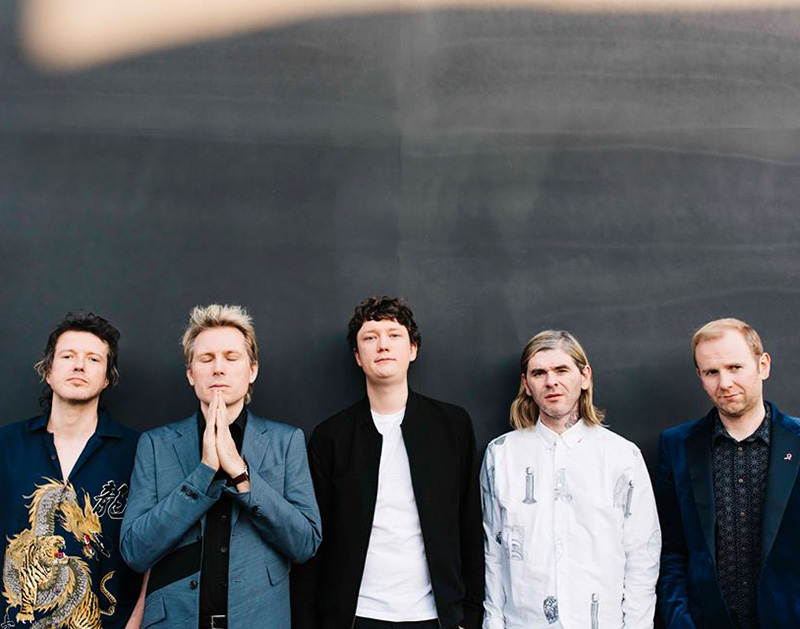 Throw Darts Of Pleasure With Franz Ferdinand At House Of Blues, Catch A Free Funky Show From The Motet At Big Beat Dallas And Discuss The Argonauts At Wild Detectives.

Do you know how much money the City of Dallas spent on booze in March?

We do. It was $80 million. Yup: You can thank St. Patrick’s Day and the warm weather for that. But March 2018’s gross revenue basically doubled 2017’s sales, though we still contend that there may have been another

Some other interesting notes to make about March’s alcohol sales figures: Deep Ellum newcomer Bottled Blonde made $1.5 million and took the spot in March’s booze rankings and four other spots also crossed the million-dollar threshold.

So as we begin waddling through May, heading out to events — like the ones listed below — to drink it up and party down, keep in mind that we’ve got a benchmark to beat. Head out and have fun!

The Motet at Big Beat Dallas
Through 12 years of touring, this funk band that pulls from afrobeat, jazz, disco and soul has refined its style to maximize. Today, the recently opened Big Beat Dallas welcomes the Denver, Colorado outfit to play a free show on its main stage. Music starts at 9 p.m.

Franz Ferdinand at House of Blues
The Scottish band immediately made an impact on the growing alternative rock scene in the early aughts with hits from its self-titled debut album like “Take Me Out,” “Darts Of Pleasure” and “Michael.” Since then, the band has released four more albums, including it’s latest, Always Ascending. Tonight’s show will surely focus on the latest release but will most definitely see the band play it’s classics. The Priests opens.

The Motto Pilots at Main at South Side
The Motto Pilots US Tour will feature CURTA touring in support of his latest album, End Of Future Park, and Chicago’s Rich Jones playing tracks from his Light Work EP. Tidals, HeirMAX, Todd Faroe and DJ Databass will also perform.

Women Galore: The Argonauts at The Wild Detectives
The inaugural year-round Women Galore book club kicks off with a discussion of Maggie Nelson’s memoir, The Argonauts.  The book details the authors relationship with her fluidly gendered partner and the journey of queer family making.

New Math Mondays at Off The Record
Join JT Donaldson, Ben Hixon and special guests every Monday from 9 p.m. ’til last call for some fresh tunes.

The State of Ye Town Hall At Culture Club Dallas
So what’s going on with Kanye West? Your guess is as good as anybody’s. But the Hip Hop Book Club wants to give you a chance to vent about Yeezy’s most recent episode because — well, that’s what we all need right now. Discussion kicks of at 7 p.m.