Well, Dallas Didn’t Burn Itself Down With The NRA In Town. 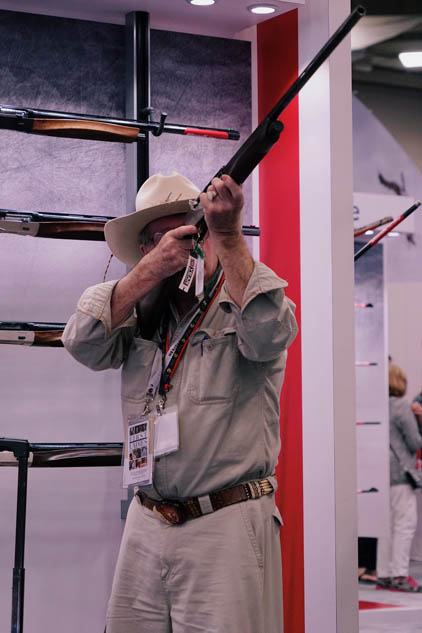 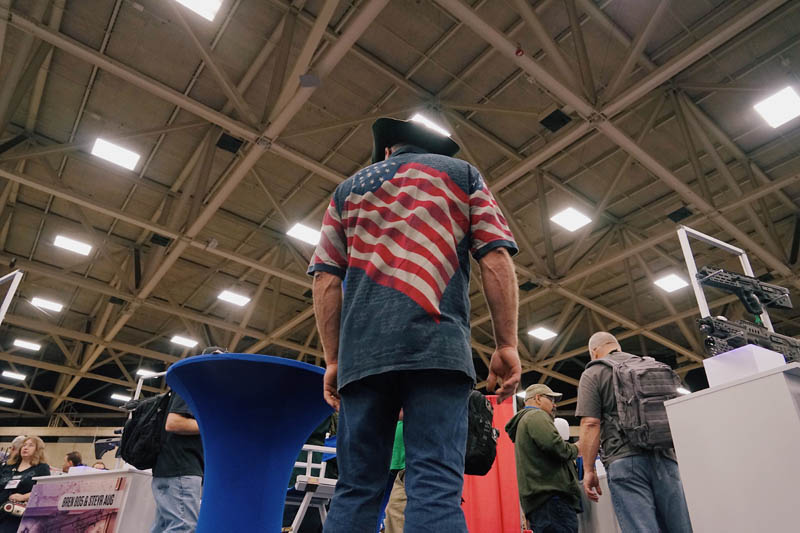 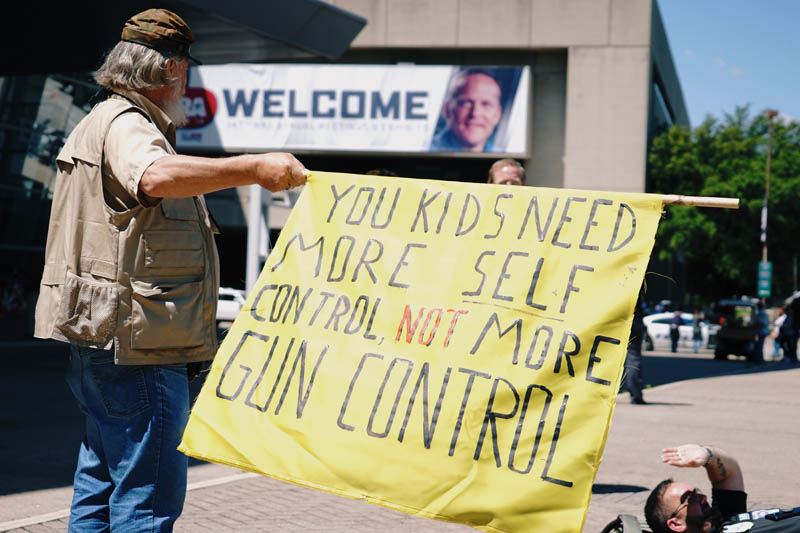 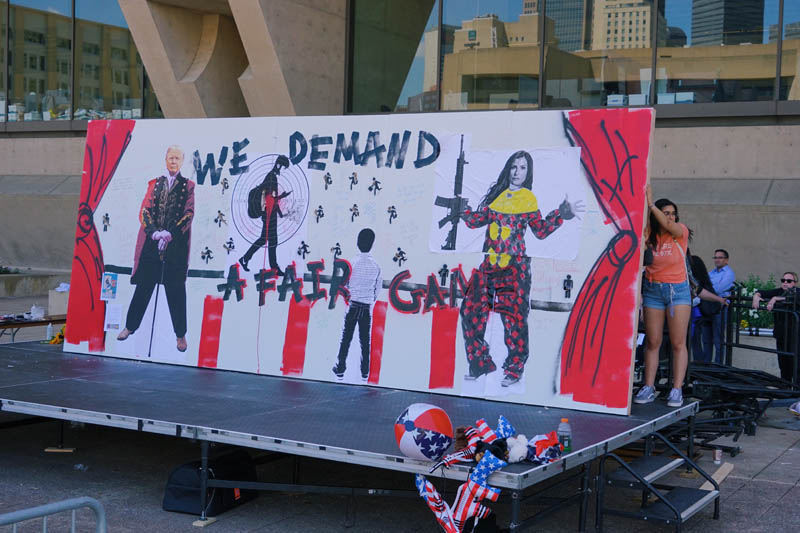 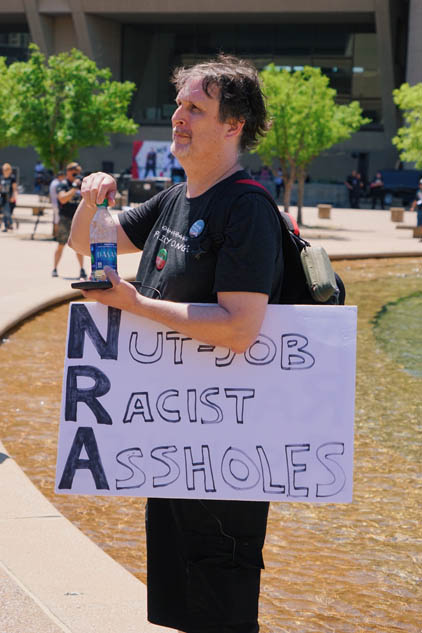 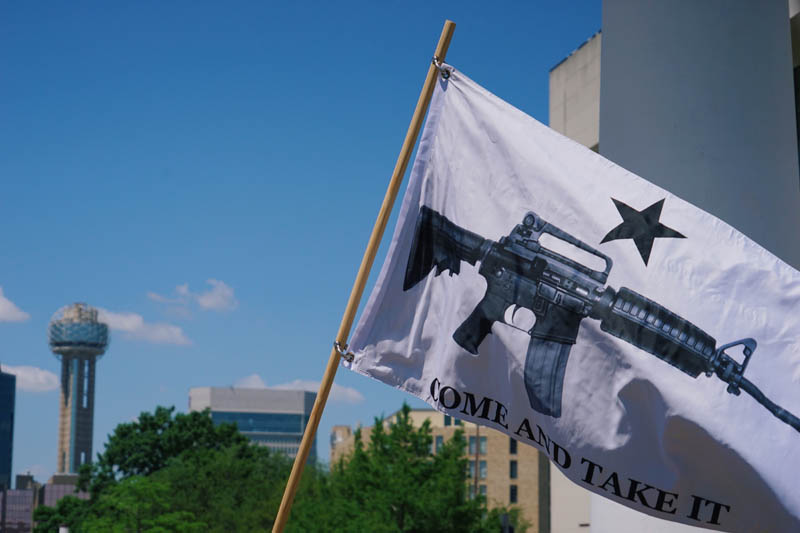 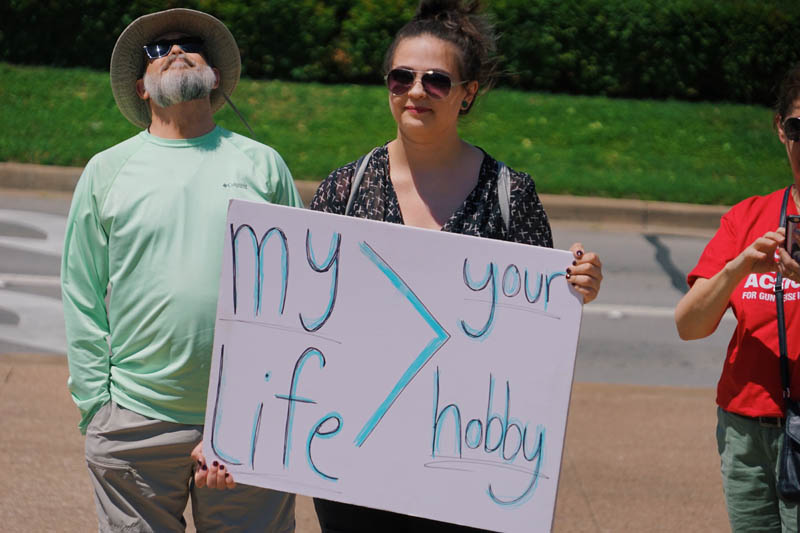 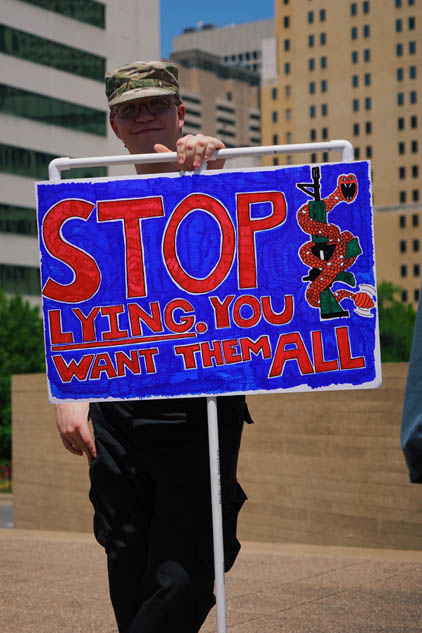 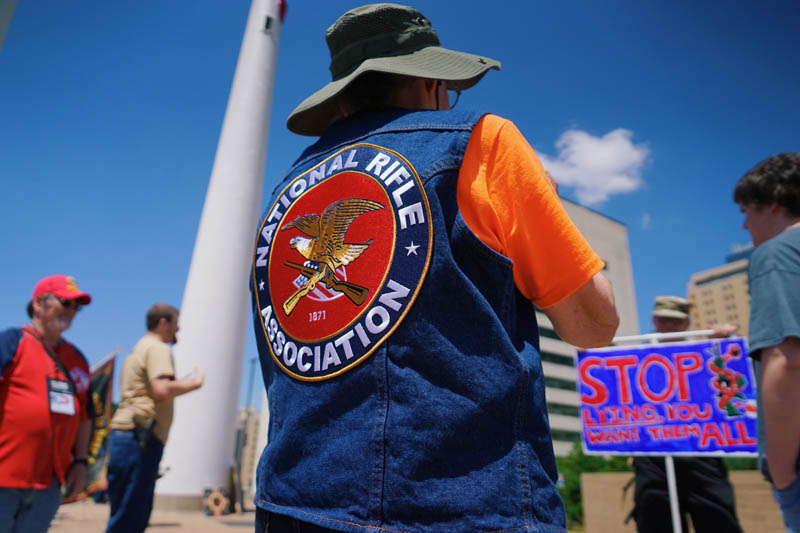 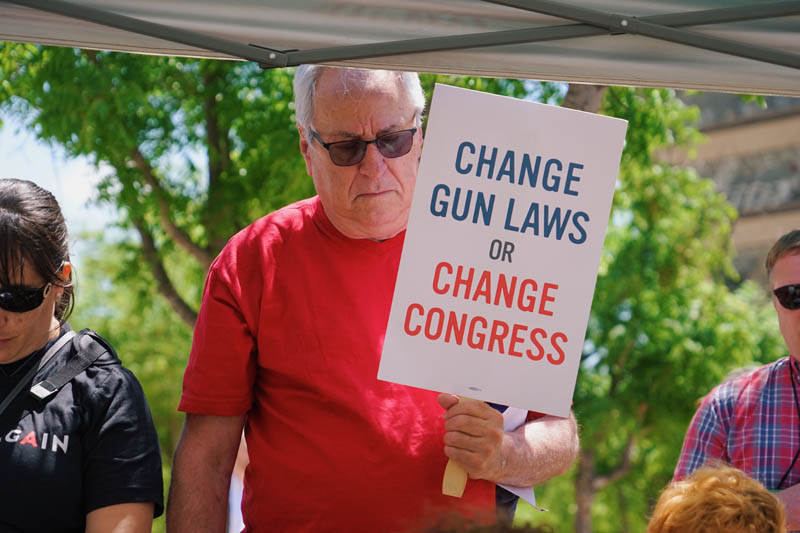 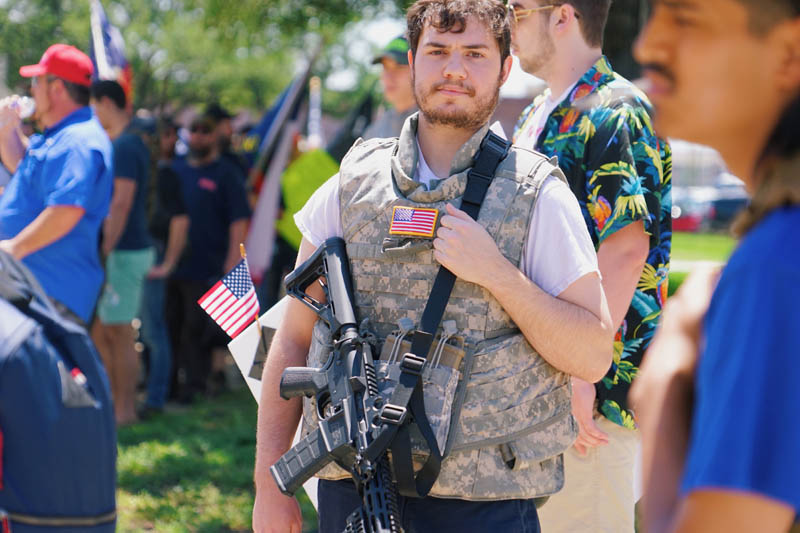 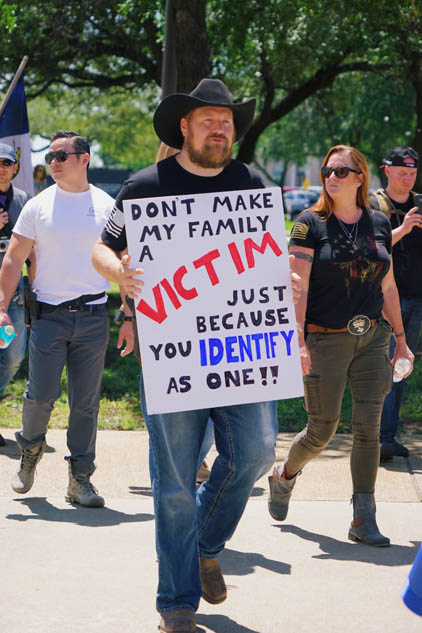 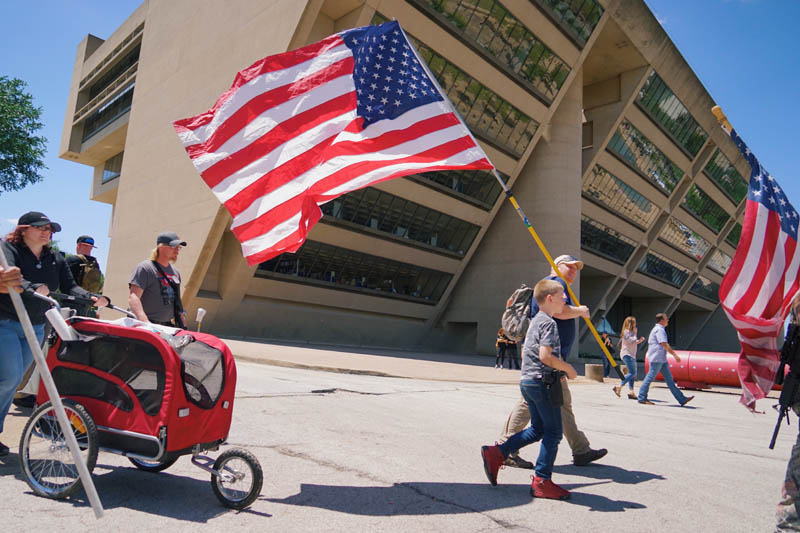 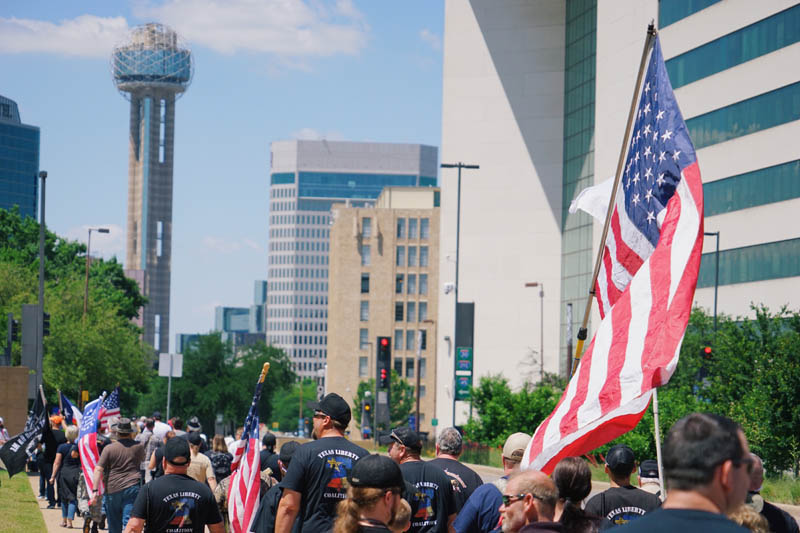 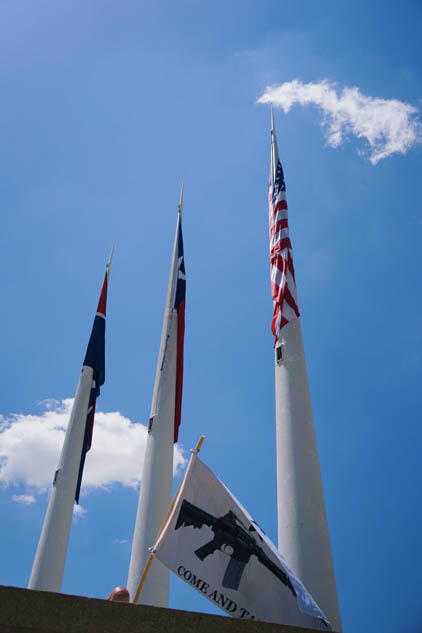 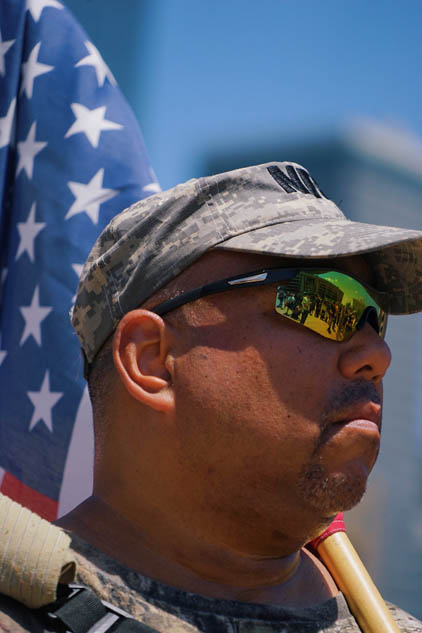 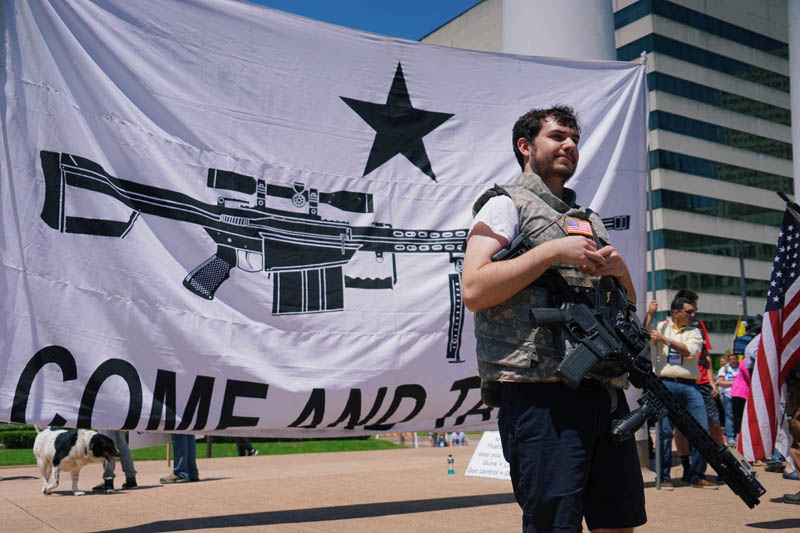 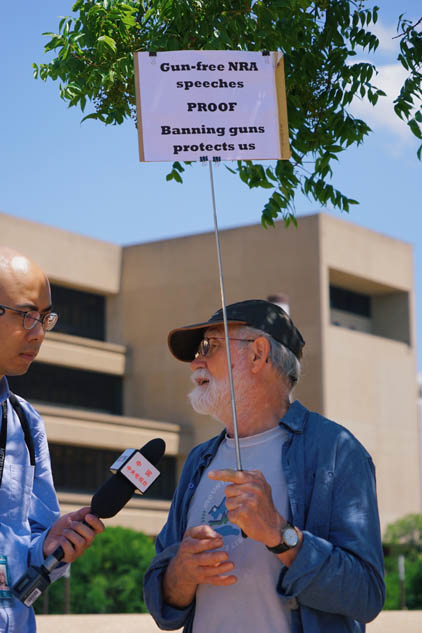 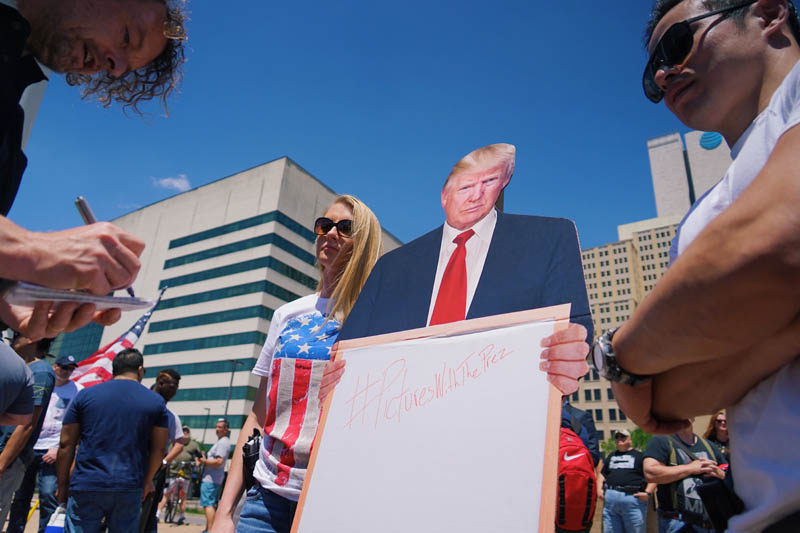 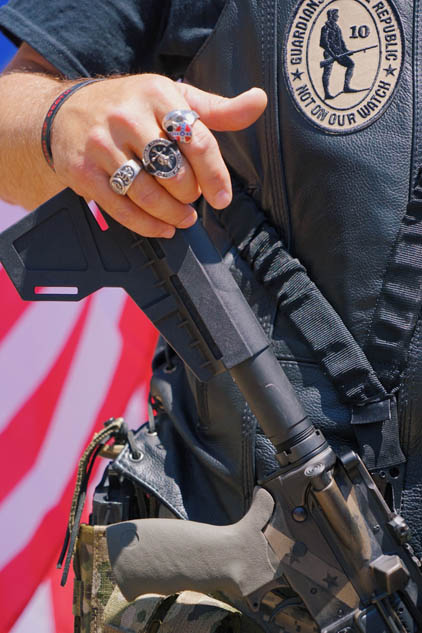 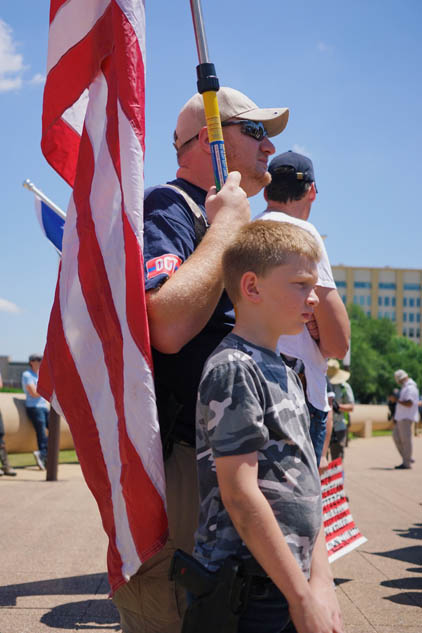 With President Trump Among Those In Town For The National Rifle Association’s Annual Meetings, It Looked As If Dallas Was Set For A Crazy Weekend. But Things Seemed Mostly Calm.

All photos by Creagh Cross.

Just a day after both Donald Trump and Mike Pence spoke at the NRA’s Leadership Forum, three separate pro-gun control rallies — including one organized by television star Alyssa Milano — took place at City Hall and at Belo Garden Park.

The day started at City Hall with at 10 a.m. Rally 4 Reform organized by Students March, the same group that organized March for Our Lives Dallas. Among the invited speakers there was Manuel Oliver, the father of Joaquin Oliver, one of the victims of the Marjory Stoneman Douglas High School shooting in Parkland, Florida. At the rally, Oliver addressed the crowd in Spanish — and asked Trump to visit his son’s empty bedroom.

“President Trump, I’d like to extend to you a special invitation to visit our home in Parkland,” Oliver said. “I want you to allow us to show you our son Joaquin’s empty room. I want to show you the City of Parkland. And I want you to meet the families that have lost loved ones.”

Of course, with the NRA meetings taking place just a few yards away, about 100 gun rights demonstrators showed up near that event to host a rally of their own under the flags at City Hall, their rifles in tow.

As the day went on, a small group of protesters also stuck around for the Dallas United Against Gun Violence rally that was scheduled for noon. Reports from the scene, however, tell us that this group quickly dissipated.

Meanwhile, a couple of blocks north of the Convention Center, Milano and her No Rifle Association — a group lobbying for intense background checks and for keeping guns out of the hands of people with a history of violence — held a small protest at Belo Garden Park.

“I do not think that it should be as easy to buy an AR-15 as it is to get a caramel macchiato at a Starbucks,” Milano told CW33.

For as much energy as Dallas seems to have for protesting, though, it seems as if the majority of Dallas’ vigor was expended on Friday during the leadership forum that featured Trump, Pence, Texas Governor Greg Abbott and Texas Senators Ted Cruz and John Cornyn, or in demonstrations from earlier in the week, like when the North Texas Light Brigade splashed a projection onto the exterior of the Kay Bailey Hutchison Convention Center on Thursday night, welcoming the attendees of the NRA meetings with a decidedly unwelcoming message:

An activist group called the North Texas Light Brigade splashed this welcome message upon the Kay Bailey Hutchison Convention Center in Downtown Dallas tonight in advance of this weekend’s NRA Annual Meetings kicking off there tomorrow with speeches from both President Donald Trump and Vice President Mike Pence, among others. (Photo by Paul Dille.)

Still, we sent photographer Creagh Cross out onto the streets and inside the NRA exhibition halls on Saturday to keep tabs on whatever action might’ve taken place on Saturday just the same.

His photos, displayed in the slideshow atop this post, may not show much in the way of protests or clashes — the result of protest fatigue, maybe? — but they do provide some insight into what things looked like on that corner of Downtown Dallas this past weekend as gun rights activist flooded our fair city.

The most surprising thing about this whole weekend, really, was that most of the action centered around a subtle message printed on a Downtown Dallas restaurant’s receipt about the NRA meetings being in town, and the online flame wars that ensued as a result of it.