Things To Do In Dallas On Tuesday, December 12. 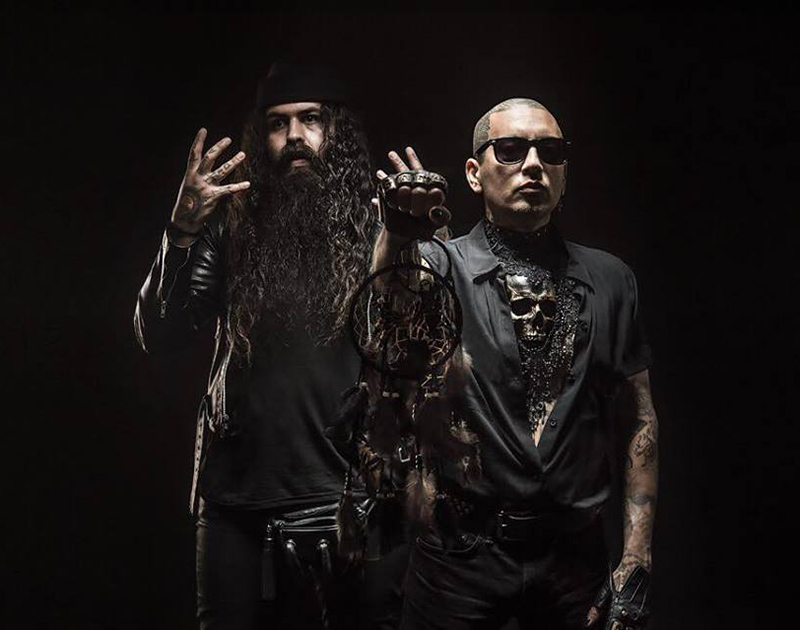 Be Ready To Bleed With Prayers At Trees, Bring Out Your Inner Gamer At BrainDead Brewing And Disengage With Suicide Silence At The Door.

Dallas’ own version of The Dark Knight returned this weekend.

That’s right. The TxDOT road sign hacker(s) made a comeback Friday night when they hijacked a sign that was sitting along Lemmon Avenue and changed the text to read “I got one thing too [sic] say…Fuck Turmp [sic] bitch ass and fuck y’all for voting for that shit.”

It was a return from the hero(es) as they have had a quiet 2017. The infamous hacker(s) went viral in 2016 as they repeatedly changed signs around town with anti-Donald Trump messages, pro-Bernie Sanders and Harambe messages.

While going out and looking for hacked signs is not much of a thing to do, you might just get lucky and spot another one while you’re out at one of the following events going on in town tonight. — Obed Manuel

Prayers at Trees
This Chicano electronic goth duo from Mexico music breaks down stereotypes found in both Chicano and goth subcultures. Inspired by acts like Depeche Mode and Pet Shop Boys, back in November it released its newest album, Baptism Of Thieves, an album that showcase sounds the duo’s identity and style. — Marlene Nuñez

Suicide Silence 10-Year Anniversary Tour at The Door
The deathcore band from Riverside, California is touring on its 10-year anniversary tour of its best album to date, The Cleansing. It’s one of the last shows at The Door this year before the venue packs up shop. — MN

The Inner Gamer Night at BrainDead Brewing
Join BrainDead Brewing for a night of gaming and $2 off brews. A large selection of brews will be available as well as food. There will be a Nintendo Switch set up on a projector and you are encouraged to bring board games of your own. Happy hours will be extended and two new brews will be added to the menu for this event. — MN

Scarface at Gas Monkey Live
The rapper from Houston, Texas and former member of rap group, Geto Boys, boosted the sales of his former crew with his own popularity. That should speak volumes to the levels this dude has elevated to. But hey, better to see it in person. — MN

Turnstile Tuesdays at Beauty Bar
This Tuesday’s edition of Turnstile Tuesday will feature DJ ABear, J. Vaughan and Aaroon Merges. Doors open at 9 and, as always, there’s no charge. — OM

Gremlins Rule Breakers Movie Party at Alamo Drafthouse Cedars
The rule is don’t feed your Gremlin after midnight, no matter how much they cry and fuss about it. Fortunately for you, this party starts and ends well before midnight and you’ll be able to check out a brand new Gremlins-inspired T-shirt collection. — OM