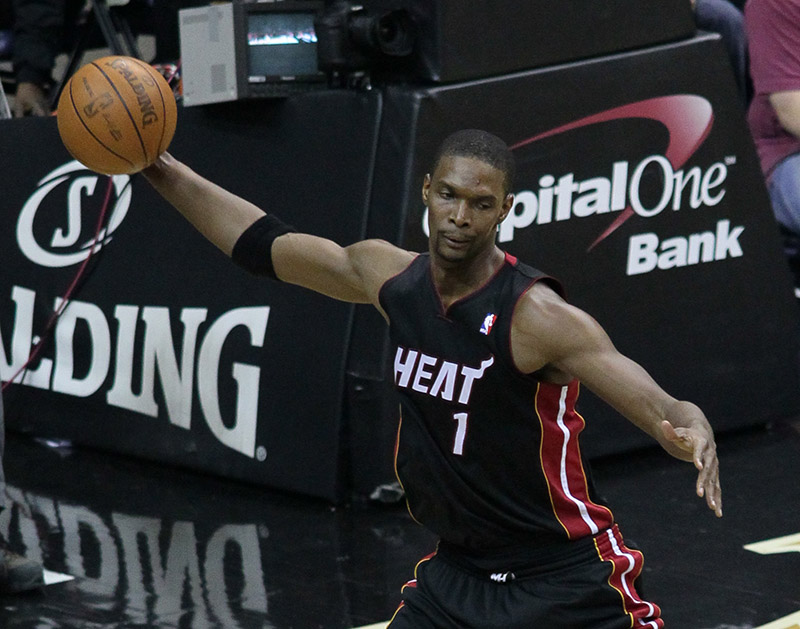 The DeSoto Police Department Raided The Home Of The NBA Star Last Friday And Confiscated A Large Amount Of Drug Paraphernalia.

Freida Bosh’s DeSoto home was raided last Friday as police executed a search warrant and seized a large amount of drug paraphernalia that, according to a DeSoto police news release, was “indicative of narcotics trafficking.”

Though no arrests were made that day, police did say that Freida was a person of interest in the case. Police also found that the home had tall fences and was outfitted with security cameras — apparently a common drug house tactic — as well as baggies with cocaine residue.

Police apparently were tipped off from sources that there was usually a large amount of vehicle traffic coming and going from the home and that they often saw many “hand to hand” transactions outside the house, according to that release.

Responding to the news, Freida told TMZ Sports that she had nothing to do with any illegal activities going on at the house, saying that she had been renting out the home in order to pay legal fees after Chris sued to have her evicted this past summer.

“It was a landlord-tenant relationship,” Freida said during that interview. “I had a 30-day tenant. And they moved. And as a matter of fact, the police got ’em and they tore my house up.”

Chris signed over power of attorney to his mother in 2005 that gave her a wide array of authority to buy and pretty much do with his money as she pleased. But he revoked that authority this summer and three weeks later filed to have her evicted. Since then, the two have been caught in a legal battle.

Freida’s other son, Joel, appeared in the TMZ interview alongside his mother, saying that she has nothing to do with whatever criminal activities were going on at the house.

“I think it was blown way out of proportion,” Joel said during the interview. “It was shocking and scared me. At this point, I just want to clear my mother’s name from anything, you know, like heroin and crack and trafficking. It’s really ridiculous.”

Chris has yet to make a public statement on the raid.