Things To Do In Dallas On Monday, September 25. 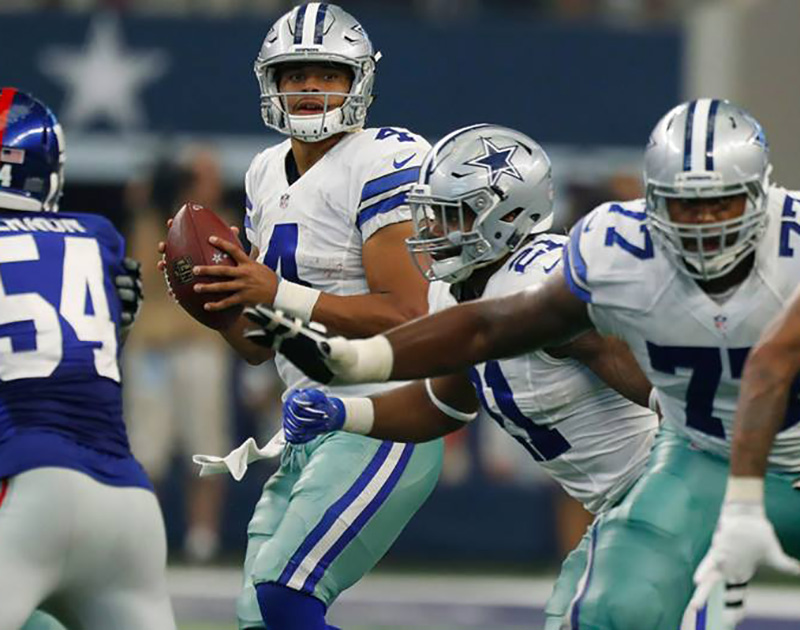 Meet The New Dallas Police Chief, Get Personal With Zola Jesus At The Kessler And Watch The Dallas Cowboys Take On The Arizona Cardinals On Monday Night Football.

If you happen to be in Frisco and you see a clown walking around with a box of donuts, rest assured that they are probably just doughnuts.

You see, Hurts Donuts in Frisco is having a creepy clown deliver special orders of doughnuts within Frisco city limits today and tomorrow as a brilliant marketing strategy that’s capitalizing on the popularity of the It reboot.

But if you’re in Dallas and you see a clown like that, then maybe don’t follow it or get that close to the sewer grate because you are running the chance that it’ll bite your arm off or at least pull a mean prank on you.

If clowns are not a thing that you want to deal with today, then feel free to head out to one of these happenings where you are sure to find good tunes, good food and fun, clown-free times.

Ultimate Willy Wonka Party at Alamo Drafthouse Richardson
This special screening of one of the greatest movies ever made will also feature a Q&A with actors Paris Themmen and Julie Dawn Cole who played Mike Teevee and Veruca Salt in the original 1971 version of Willy Wonka & The Chocolate Factory.

Zola Jesus at Kessler Theater
Zola Jesus’ sixth studio album is titled Okovi, which is Slavic for “shackles.” The album explores the artists struggles with the pressures of life. Zola Jesus recorded the album after a close friend attempted suicide and another was diagnosed with cancer And after she herself moved back to her rural hometown area in Winsconsin. Expect a deep, intimate performance from the electro pop artist.

Monorail Central at The Prophet Bar
The alt rock, hardcore outfit hailing from Milwaukee brings its heavy jams riding off the high of the release of its debut self-titled album back in June. With The Boojis, Lady Razor and Aloe Sara also perform.

NFL Monday Night Football: Cowboys vs Cardinals at Level Dallas
Doors open at 6 p.m. at this watch party where hopefully the ‘Boys can recover from that abysmal performance last week in Denver.

Dallas Cowboys Watch Party at Three Links
What better way to shake off a Monday than with Wing Stop wings and cold brews and drinks and some Cowboys football?

Monday Night Football at Chelsea Corner
Enjoy food and drink specials as the ‘Boys take the field in Arizona. It may be Monday, but it’s probably still OK to celebrate every touchdown with a shot.

New Math Monday’s at Off The Record
DJ Jay Clipp of the Keep Spinning Academy will take the stage and show off fresh beats and jams at this ongoing series feature New Math Records friends and artists.

Uncommon Ramen with Peja Krstic at Top Knot
The details on what the dishes for this edition of Uncommon Ramen will be were not available just yet, but specialty ramen and japadogs will be available. A portion of the proceeds from the event will go to Hurricane Harvey relief efforts.