Denton’s Oaktopia Is Graduating And Moving To Dallas. 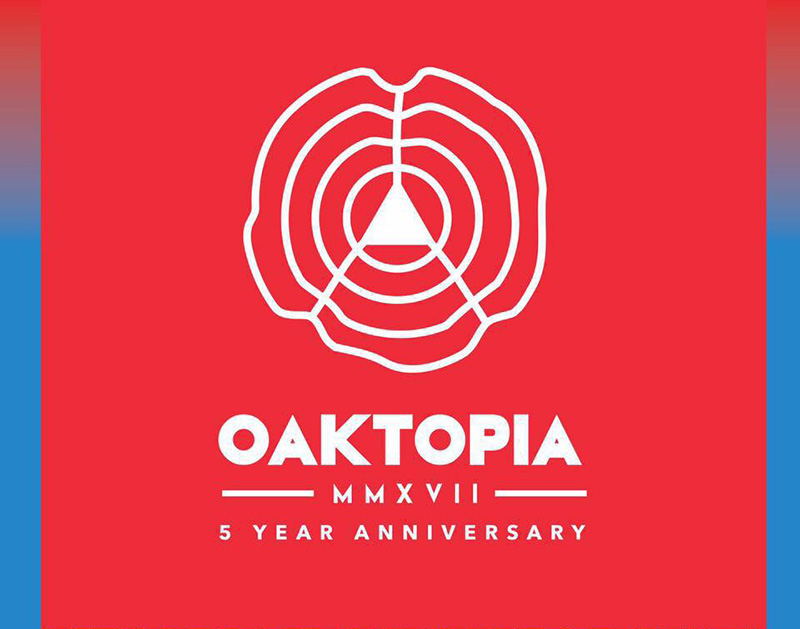 Denton’s Only Music Festival Has Packed Up Its Things And Will Be Moving To The Bomb Factory, Trees And The Forthcoming Canton Hall In Deep Ellum In November.

After a few months of uncertainty, we now know that the Denton music festival Oaktopia will not miss its five-year anniversary. But we also know that it won’t be celebrating in the college town.

The festival lost its main Denton sponsor earlier this year, but that didn’t slow its organizers down, it seem. Instead, they announced earlier today that Oaktopia will take place at Deep Ellum venues The Bomb Factory, Trees and the forthcoming Canton Hall (formerly Deep Ellum Live) come November 17 and 18.

Director of sponsorships Brent Camp says the decision was not an easy one to make. But ultimately, in trying to grow the festival, he and the rest of the Oaktopia crew found that moving away from Denton would allow them grow and bring in bigger acts.

“Denton is a difficult market to increase scale of things in,” Camp says. “We always thought that, if this went well, then the size and accessibility of Denton would be causes for concern. Losing that seed investor was just the gut punch we needed.”

Oaktopia posted today a list of its 2017 headliners — one that features 21 Savage, Phantogram and STRFKR. You can find the full current list of announced performers here. Another round of performer announcements can be expected in the next two weeks.

Camp says the decision to organize at the three Deep Ellum venues was an easy one to make once Clint and Whitney Barlow — owners of Trees, The Bomb Factory and Canton Hall — expressed a strong interest in putting on the festival. Per Camp, it “just felt like family” once the meetings began.

Still, with the new homes come some changes — none bigger than the fact that this year’s festival will not have an outdoor stage, as had been staple of the previous versions of the live performances. But there will be outdoor components, Camp says, including vendor and sponsor activations, as well as areas where festival goers can just chill between acts.

“You’re gonna have a festival feel, even though it won’t be as outdoorsy,” Camp says. “It’ll feel a bit more like SXSW, where the music is happening inside and you have people roaming the streets outside.”

Tickets to the November festival will cost $89.50 for the full weekend and $49.50 for a single day (service fees not included).

As for moving away from Denton, Camp says Denton just wasn’t an easy market to please and that it wasn’t the main area where tickets to Oaktopia were selling.

“At the moment, Dallas is the market,” Camp says. “We were always going to keep it in North Texas. And Dallas is a place where we can incubate and grow and bring in big-name acts.”