And Dallas’ New Chief Of Police Is… 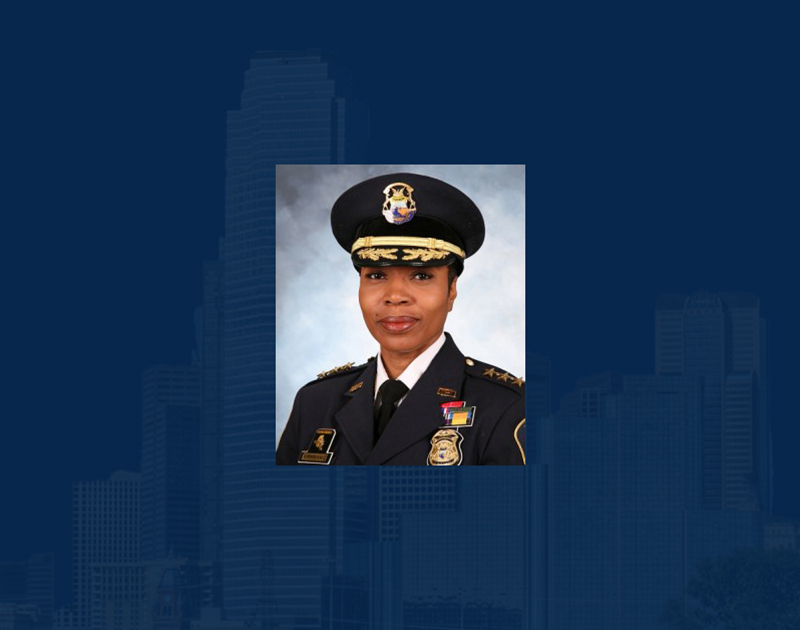 The days of the Dallas Police Department operating without a permanent chief are over: Earlier today, recently appointed Dallas city manager T.C. Broadnax announced that Ulysha Renee Hall has been named the new Dallas chief of police.

The 46-year-old former deputy chief of police in Detroit will be Dallas’ first ever female chief of police — a fact Hall did not shy away from in the press conference that announced her hiring. While addressing media in Detroit this morning, Hall said that one of goals as the new DPD chief will be to recruit more women to the force.

“What I need women to know is we kind of do it a little different, a little better, a little more nurturing by nature,” said Hall, a 17-year veteran of the force herself. “We add that little something special to law enforcement that truly, truly calms the savage beast. Any young lady interested in law enforcement: Go after your dreams, follow your heart and one day you too can stand as a chief of police in a major city.”

Recruiting more officers of any gender to DPD is just one of the many issues currently facing DPD that Hall will be tasked with solving. Since David Brown retired from the post in October, DPD has been led by David Pughes, who served as its interim chief.

Like Brown before her, Hall too is a big proponent of community policing. During her time in Detroit, she initiated a community policing program intended to build relationships between officers and communities of color. Thanks at least in part to those efforts, Detroit saw double-digit reductions in its violent crime rate. With Dallas’ violent crime rates rising, that experience should prove useful.

Interestingly, Hall’s appointment means that the three highest law enforcement positions in Dallas will now be held by women. Lupe Valdez serves as sheriff of Dallas County, and Faith Johnson is the county’s district attorney.

Hall was one of eight finalists city manager Broadnax was considering for the vacant position. Three of her fellow finalists were candidates from within DPD’s own ranks.

“Chief Hall is a proven leader with a stellar background,” Broadnax said in a statement issued today. “These are qualities I believe are critical as we tackle crime to make our city safer while addressing organizational and policy issues within the department.”

Cover photo of Hall courtesy of City of Dallas.