There’s Something Special About These Cowboys. 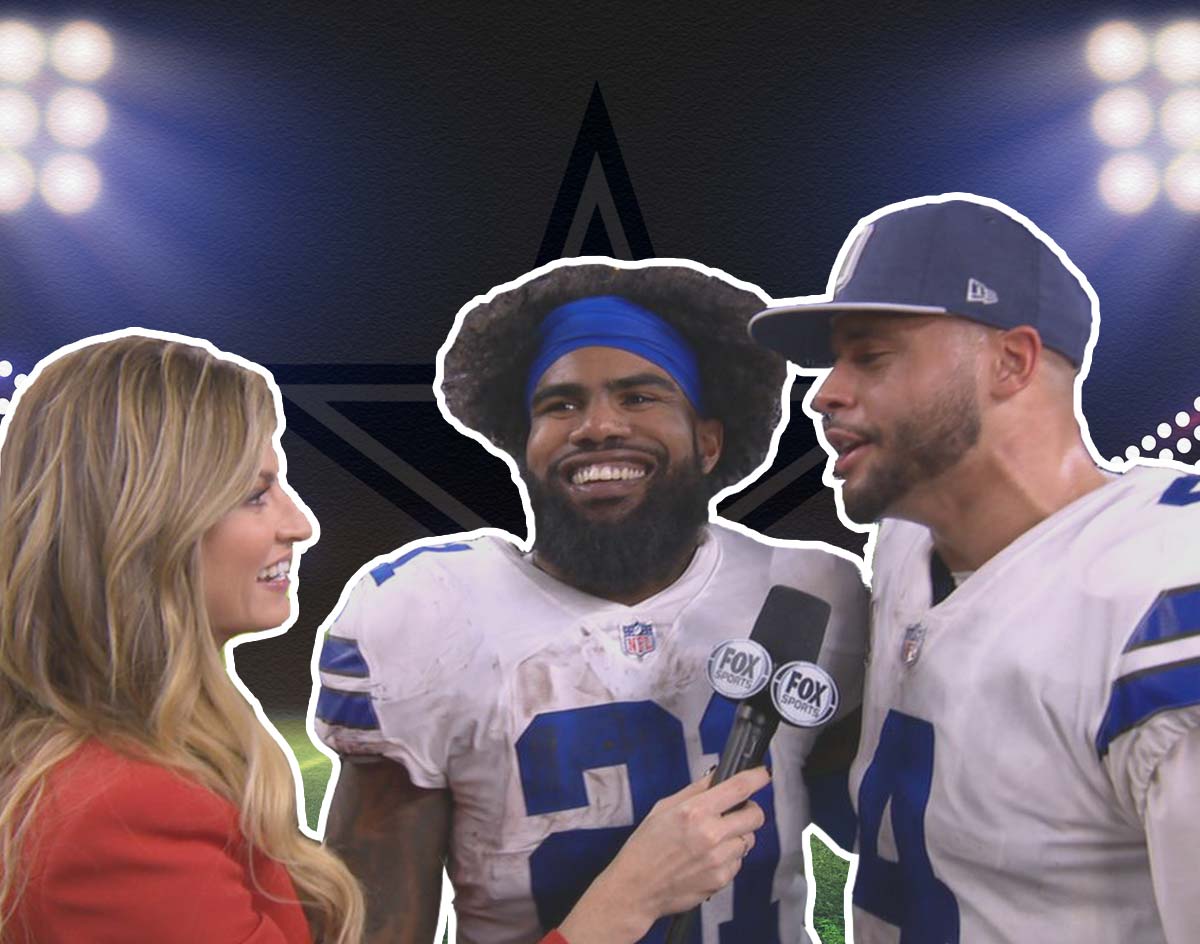 After Winning Their Wild Card Match-Up Against The Seahawks, The Cowboys’ Next Challenge Is To Outgun The High-Scoring Los Angeles Rams.

In true blue Dallas Cowboys fashion, the team’s 24-22 home win over the Seattle Seahawks in the opening Wild Card round of the NFL Playoffs was a bit… well, it sure was wild, right?

Really: Considering this game had seen 16 total points scored in its first 43 minutes of action, this contest still had plenty of thrills. It also had some scary moments, including ankle injuries to separate Cowboys receivers coming in the team’s first two possessions of the game — first when Cole Beasley came up hobbling in the first drive of the game, and then just a few minutes later when Allen Hurns suffered a brutally devastating, possibly career-ending ankle injury.

Though down, the Cowboys steeled themselves and refused to be counted out, carrying on well and coming up big particularly during an electrifying fourth quarter in which Dak Prescott took the game into his own hands — or, more accurately, his legs — and carried his squad to the W.

Following Saturday’s victory — the 35th playoff win in franchise history, although just its first since 2014 — the Cowboys now look to keep their winning ways alive next weekend on the road by facing off against the Los Angeles Rams.

Can they? Sure, if they keep things up on the following fronts.

The Hot Boyz? They Have What Every Defense Wants.

Once again, this defense played at a high level on Saturday, bolstered at least in part by the return of defensive line stalwart Tyrone Crawford, who returned to action after a two-week absence following a scary neck injury he suffered in the team’s Week 16 win over the Buccaneers.

And they had their work cut out for them in this one, too: Coming into the game, the Seahawks were the top rushing team in the league, averaging 160 yards on the ground per game. But the Hot Boyz held the Seahawks to minimal yardage on three consecutive early drives, forcing three straight three-and-outs. All game long, the Cowboys smothered featured back Chris Carson, holding him to just 20 yards on 13 carries, and keeping the entire Seahawks squad to just 73 rushing yards total.

They contained Russell Wilson for the most part, too. After the first quarter of play, the stat sheet listed him with an embarrassing negative eight yards passing. Russell might not have turned the ball over in this one, but he was clearly flustered throughout, and the Cowboys’ ability to remove his usual scrambles from his arsenal went a long way.

Considering that five of the Cowboys’ six regular season losses came against mobile quarterbacks, this was yet another huge performance from a defensive unit that deserves as much praise as anyone can give it.

Next week, Dallas will face off against an incredibly potent Rams offense. But, then again, the Rams’ backfield of Jared Goff and Todd Gurley should have its hands full with this defense, too. This game is looking like a match-up of strength on strength.

Rushing To Judgment? It Works For This Offense.

Losing Travis Frederick before the season even started was a bit of a harbinger for the Cowboys’ offensive line woes this year, as team has been dealing with injuries to the unit all season long. Fortunately, though, the biggest pieces in the Cowboys’ rushing game seem to be getting healthy at the right time: Tyron Smith, Zack Martin and Ezekiel Elliott all returned to the lineup against the Seahawks after sitting out and resting up in Week 17 of the regular season. Better yet, they played up to the occasion: In addition to helping Ezekiel Elliott scamper for 137 rushing yards in the game — the most any team has put up against the Seahawks’ defense all season — and only allowing one Dak Prescott sack on the game, the offensive line also came up huge in the fourth quarter, paving the way for Prescott on his massive third-and-14 rush for a first down in the game’s waning minutes.

Even with this squad having to face possibly the best player in the NFL in Rams defensive tackle Aaron Donald next week, there are reasons to be encouraged that they’ll come up looking good on Sunday. For one thing, rushing attacks historically travel better than passing ones do. For another, Zeke is the best damn rusher in the league, and his league-leading 1,434 rushing yards on the season prove it.

Here’s hoping offensive coordinator Scott Linehan remembers against the Rams what we’ve been saying all year long: When the Cowboys feed Zeke, the whole team eats.

The Power These Big Plays Are Supplying? It’s Electrifying.

Big plays for Dallas have been few and far between this season, but the Cowboys came up with a few massive ones against Seattle.

The most encouraging signs on this front came from Tavon Austin, who, after an injury-plagued regular season, showed up on Saturday looking to show why everyone was so excited in the preseason at the thought of what he could bring to the table for this team this year. Twice, he had impressive punt returns — one for 80 yards that got negated by a holding call, and another for 51 yards that set the Cowboys up with great field position even if the following drive would end with an interception, Prescott’s only turnover of the game. With Beasley possibly wobbled and Hurns gone for the foreseeable future, Austin may get the chance to light things up even more for this team, and not just on special teams. In the passing game, he’ll be asked to play a support role for Amari Cooper, who once again turned in 100-plus yard game on Saturday, averaging 15 yards a catch in the process.

Of course, no play was more exhilarating than Prescott’s aforementioned third-and-14 run for 16 yards that took the Cowboys down to the one-yard line and helped put the game away. That was especially nice to see, as prescott running more has been something fans have been hope to see for months now. Well, they got proven right here: Prescott really can hurt opponents with his feet.

If Prescott, Cooper and Austin can keep coming up big like they did against Seattle, this team can surprise the entire league.

Did you know that the last time the Cowboys won two playoff games was the same year the team won its last Super Bowl? It’s true — and now this team is knocking on that doorstep.

Now, am I saying that the Super Bowl is where this team is headed? Not necessarily. But there does seems to be something special about this team, right? I guess we’ll find out for sure on Saturday night.