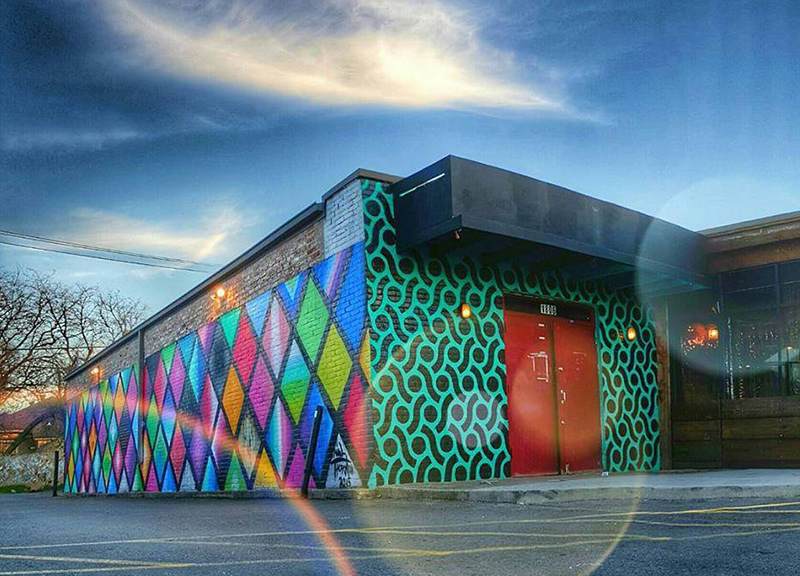 Next Week, The Old Home Of The Slip Inn Will Be Revived As The Whippersnapper.

When the Slip Inn announced that in March 2014 that it would be shuttering its doors, the news was met with real disappointment — and rightfully so. Over the course of its run, the Henderson dive (its physical address on McMillan Avenue notwithstanding) established itself well as a getaway of sorts, an enclave for unrepentant drunken dancing and a home base in the fight against history-shattering Dallas development.

It’s a tad ironic, then, that management pointed toward a desire to “evolve” as the reason for the spot’s closure, all the while teasing that the business would likely find a new home in a new neighborhood for the next chapter in its story — efforts that, two years later, haven’t yet come to pass.

As for the space that the Slip Inn left behind, though? Well, there now actually is some intriguing news on that front.

Next week, the 1,820-square-foot space will re-open as The Whippersnapper, the latest concept from burgeoning bar and restaurants proprietors Brandon Hays and Phillip Schanbaum, whose portfolio also includes stakes in So & So’s and The Standard Pour in Uptown, Wayward Sons in Lower Greenville and, just next door to The Whippersnapper on McMillan, High Fives. The doors of this new venture will officially open to the public on Thursday, January 28, Hays this week confirms.

And while Hays says there have been some structural changes made to the space, he also says he hopes that some of the spirit of the adored Slip Inn will remain intact.

He describes The Whippersnapper’s aesthetic as a “disco dive,” and says the entertainment schedule will revolve around DJ-centric affairs and other party concepts — emphasis, it would appear, on “party,” lest the eye-catching designs now adoring the spot’s exterior walls didn’t already make that clear to passersby.

“We won’t have DJs seven nights a week, but we’ll start with some, as well as with some other party ideas we have in mind” Hays says, teasing the possibility of everything from reggae-oriented nights to Total Request Live nostalgia-mining ones. “We’re not going to gear things toward just one genre of music.”

Some elements, like the pool table that sat near the entrance of the Slip Inn and the bar that ran along its left wall will remain in place, only upgraded and rebuilt, respectively. The DJ booth, meanwhile, has been moved from its hidden-around-the-corner spot to a new home in the room’s back left corner, just beyond the bar area, opening up the dance floor some. The interior walls, meanwhile, will be adorned what Hays describes “some wild conversation pieces” that fall in line with the design seen at sister spots High Fives and So & So’s. Still to come are expansions to the back patio, which Hays and Schanbaum hope to turn into a highlighted feature by March.

Such upgrades aside, Hays describes the 120-or-so-capacity room as mostly “the same place” as it once was, pointing toward a bar menu that will feature canned beer as well as 40s — plus, in time, “drinks in coconuts and margarita yards.”

Sounds pretty charming — even if the Slip Inn’s charms mostly centered around its lack of any obvious ones. Still, there’s clear excitement to be heard in Hays’ tone as he describes his hopes for the space. And one thing’s for sure: Since the Slip Inn left, the void it left behind hasn’t really been filled.

Whether The Whippersnapper will fill the emotional void of course remains to be seen. But it’s very literally filling its physical void, with its proprietors indeed saying all the right things for now.

If nothing else, that seems like an encouraging start.

Cover photo via The Whippersnapper’s Facebook page.
No more articles