The Spread: Great American Hero Is Closing By The End Of ’21. 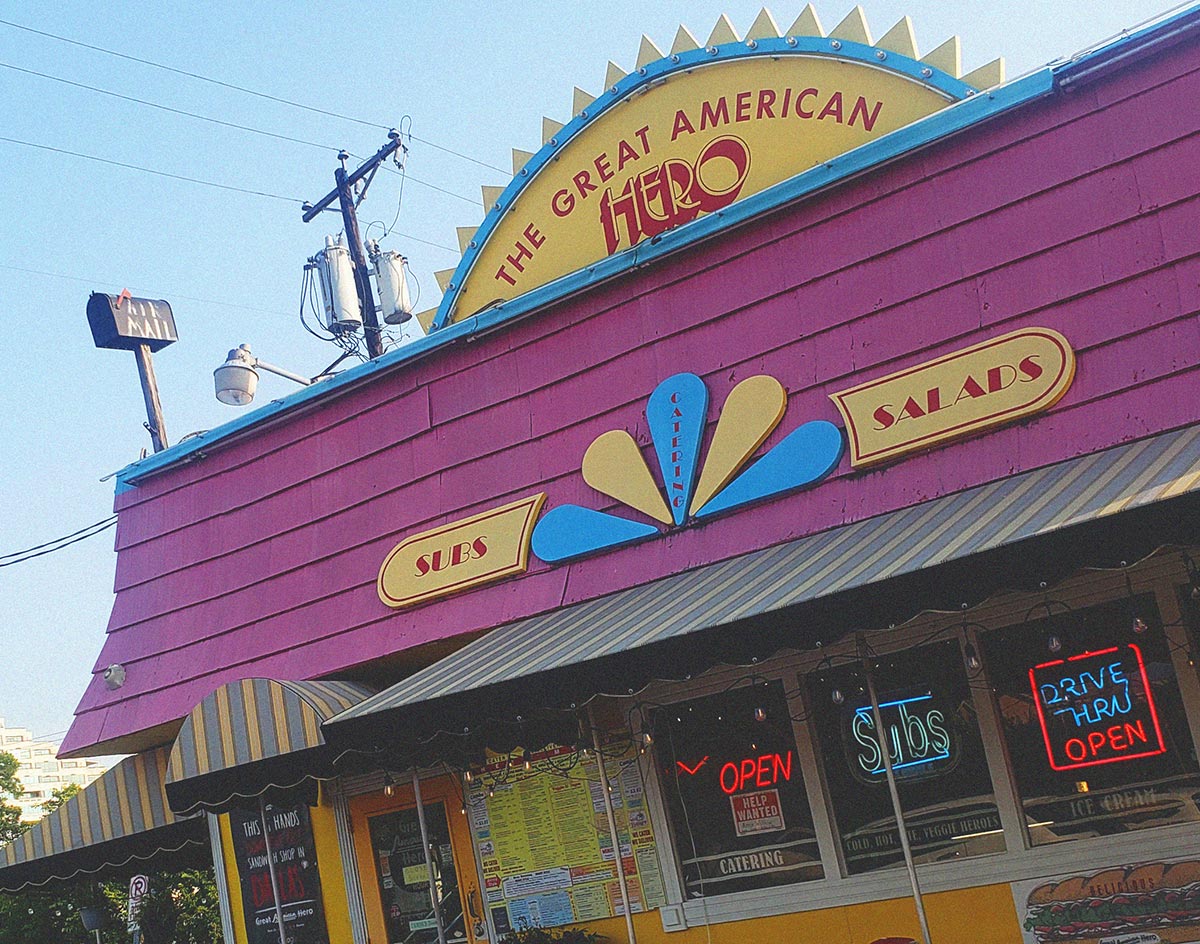 Beloved Sandwich Spot Great American Hero Will Close By The End Of This Year, The Owner Of Uncle Julio’s Is Found Dead, Yuengling Hits Dallas Taps And More.

Not all heroes wear capes. Some sling sandwiches — but, alas, not forever.

Over in Oak Lawn, the Great American Hero sandwich shop has been serving New York deli-style subs since 1974 — but will hang up its boots by the end of 2021. It’s not for lack of support or finances, though. In fact, owner Dominick Oliverie cited to D Magazine “just too much work” and a readiness to retire as his reasons for closing. We understand that, Mr. Oliverie — trust! While it’s possible a new owner could still swoop in and take over operations in the next few months, it’s still the end of an era regardless.

A little ways up the road from the Hero on Lemmon Avenue, another, even more serious loss has come: Per CultureMap, Tex-Mex chain Uncle Julio’s president Harper Caron president was found dead at the Downtown Dallas hotel The Statler last weekend. A cause of death has not yet been determined.

Just in general, it’s safe to say that things in the gayborhood have been anything but a gay ol’ time of late. Per the Dallas Observer, a few local drag performers recently had their shows cancelled at The Round-Up Saloon, which closed its Red Lounge just 48 hours before they were set to perform. Several of the queens are quite angry about that move, as they were given little to no notice before their slots were ripped out from under them — and they weren’t given a solid explanation as to why the Red Lounge was event closed. Going against the advice of RuPaul, it seems management really did fuck it up this time.

Over in the Design District, meanwhile, CultureMap notes that the acclaimed restaurant Oak has closed after 10 years in business — but restaurateur Richard Ellman plans to open “a new concept and a new restaurant” in its place. Over the past decade, Ellman has opened several concepts around town, including El Bolero, Pakpao and Hawthorn, which just opened last month in the AT&T Discovery District in Downtown Dallas.

Speaking of the AT&T Discovery District: The Observer also notes that Val Jean-Bart has decided to close his Val’s Cheesecakes booth at The Exchange food hall. Here’s the skinny: When the Asian American Hotel Owners Association convention came to town and reserved The Exchange for one of their mixers, and Jean-Bart was told ahead of time to make 500 cheesecakes — and he made 600, although he was later informed that The Exchange’s owners made a mistake and greatly underestimated the expected attendance. Scrambling to make do, food hall managers then filled Jean-Bart’s display with desserts from other booths, which expedited Jean-Bart’s decision to immediately bolt the concept after having earlier given a two-month notice on his pulling out for personal reasons. As the age-old adage goes, it seems everyone really does get their just desserts.

A bit down the street from the Discovery District in Deep Ellum, a new restaurant called Harper’s is offering global cuisine and, as the Dallas Morning News notes, it has now officially opened its doors in The Epic in Deep Ellum. The spot is the latest neighborhood venture from Milkshake Concepts (Vidorra, Stirr, Serious Pizza, Sky Rocket Burger and Dirty Bones), and it offers a varied menu including pizzas with Mexican street corn or chicken tikka, as well as Korean fried cauliflower. As you might expect, it also offers elaborate cocktails — like the Bye Bye Birdie, made with Grey Goose Le Citron, orange liqueur, cranberry, lime, a lemongrass reduction and luster dust.

Speaking of drinking in Dallas: Three months after its beers began brewing in Fort Worth, the beloved Pennsylvania-based Yuengling brewery has officially shipped its beers out to various bars around the region — and today marks the first day that bars around town are finally pouring America’s oldest brewery’s beers out of its taps.

And you might as well raise a glass to that news while you still can, folks. COVID cases are continuing to rise in Dallas, and Dallas County Judge Clay Jenkins has re-issued today an indoor mask mandate for Dallas County — the details of which Eater is already all over. Of course, a number of Dallas restaurants already had the good sense to start requiring masks on guests and staff again — including the beloved West End (and expanding!) breakfast spot Ellen’s, the owner of which has already put together a list of responses to any sort of bullshit reasoning for your anti-mask stance.

Here’s hoping we nip this latest spike in the bud before we lose another round of cherished area businesses for good to this godforsaken pandemic, yeah?

Cover photo by Pete Freedman. Got a tip for The Spread? Email us!