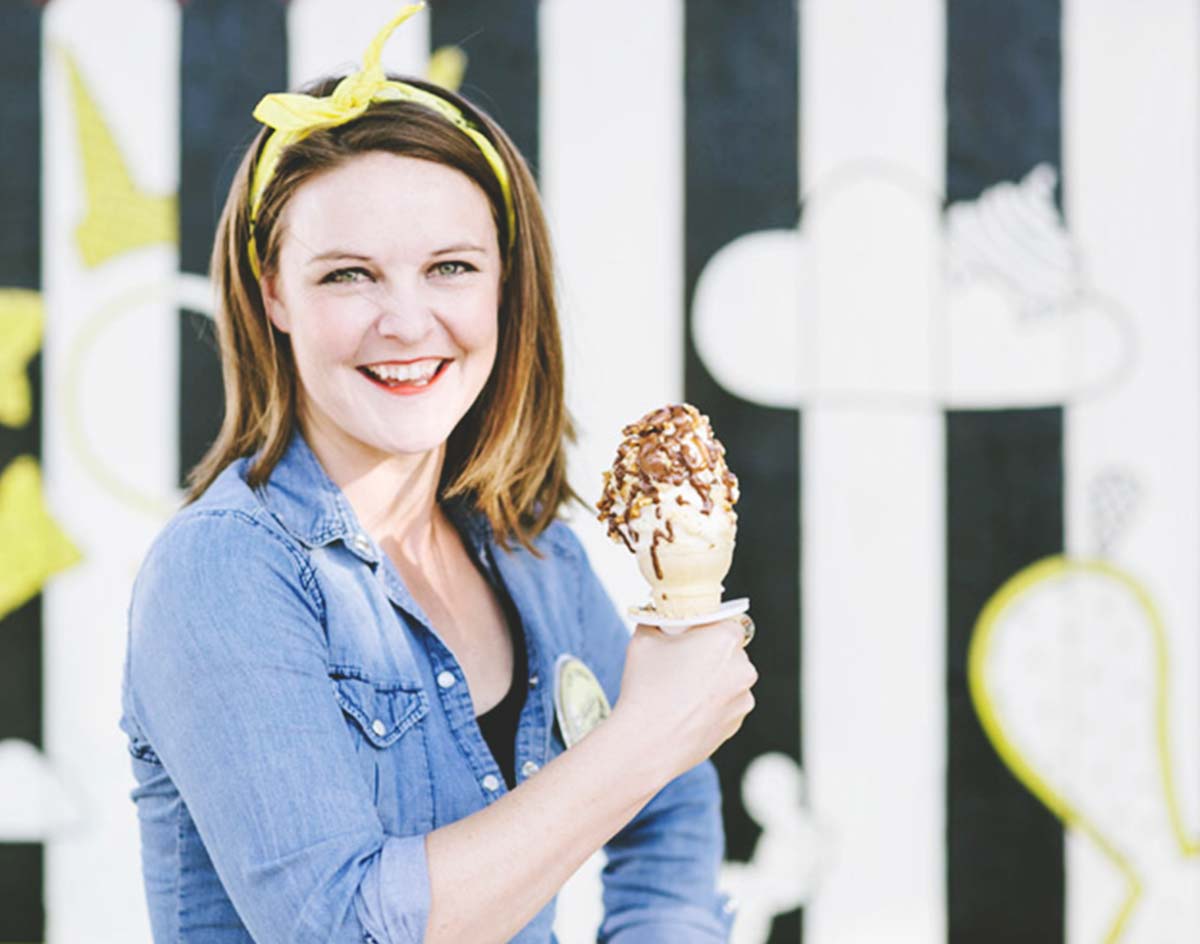 Welcome to The Spread, our weekly feature aims to share all the area restaurant, food and beverage industry news that’s fit to print. Except, well, this is the Internet, so space isn’t a concern. Good thing, too, since this is Dallas and this town always has breaking news like whoa on this front.

This week, we start things off with some super sweet news: Come the fall, the colorful Fort Worth ice cream slingers behind Melt Ice Creams will have set up shop in Oak Cliff.

The new shop, located at 405 North Bishop Avenue right net to Eno’s Pizza Tavern, is not Melt owner Kari Crowe‘s first attempt to capture hearts in the Dallas market — for a year and a half, she operated the Motor Sisters Ice Cream stand at Lower Greenville’s Truck Yard — but it is her first time trying to do so under the Melt brand. In turn, rather than Motor Sisters’ experimental soft serve and milkshake offerings, guests should look forward to the scoop and cone options that have captivated Fort Worth taste buds since 2014. In addition to the shop’s five “always” flavors and its rotation of seasonal offerings, Crowe says her Oak Cliff location will also cater to one of the neighborhood’s biggest food trends.

“We have a lot of requests from Dallas clientele for vegan ice cream,” she says. “So, I’m excited to make that available for the Dallas patrons.”

Vegan options will help Melt differentiate itself from its Bishop Arts District competition. In addition to being just a block away from the the spring-opened Dallas outpost of the Havana-inspired, Miami-sprung Azucar Ice Cream Co., the Oak Cliff Advocate notes that this part of town isn’t exactly lacking for options when it comes to sweets, let alone ice creams.

In more current opening news, Downtown Dallas welcomed this week a new fast-casual option as a spot caled r&b opened at The Statler. The brainchild of chefs Angela Hernandez and Josh Bonee, the more approachable version of its recently opened sister restaurant Fine China offers a streamlined menu of modern Japanese ramen an bao dishes. The selection includes dishes like the bacon, egg and cheese brothless mazemen, a chilled heirloom tomato mazemen and edamame falafel. The restaurant’s hours also cater to both lunch and late-night diners, with hours running Monday through Friday from 11 a.m. to 4 p.m., and on Friday and Saturdays from 9 p.m. to 4 a.m. To read more about what Hernandez has in store at her two new spots, check out our Q&A with her from late last week.

Over in Deep Ellum, meanwhile, former Cafe Momentum chef Justin Box is trying to help the neighborhood one elotes serving at a time. Starting in August, his elotes cart Rise Above will serve the popular Mexican street food to late-night crowds from. But, more interesting perhaps, is the fact that it will also offer employment to those in need. According to the Dallas Observer, Box plans to follow his old boss Chad Houser‘s lead by focusing on hiring employees in need of a second chance — specifically, people dealing with domestic abuse and drug addiction recovery situations. He plans to start with just two employees operating the cart Fridays through Sundays before expanding his business.

On the bar circuit: The historic Lakewood Theater will soon be home to another bowling alley bar. Per D Magazine reports, part of the team that helped bring Bowlounge to the Design District is working to restore the landmark theater for the new concept. This is neat, though: Despite the work being done to transform the space into another bowling alley-bar-restaurant amalgamation, developers will kept the theater screen intact to help keep the integrity of the building.

Closer to Downtown, meanwhile, a new Irish pub called The Playwright has plans to takeover the former Proof + Pantry space in One Arts Plaza, per a Facebook post. According to photos of the on-site permit for the space’s development, the new space will be operated by Alan Kearney, who currently operates The Crafty Irishman Pub. We have no further details to report at this point, but the spot should pair nicely — especially given its name — to the nearby AT&T Performing Arts Center.

Speaking of new spots stepping in for old favorites: After we broke the news of beloved Deep Ellum haunt Drugstore Cowboy’s closing, more information has surfaced on what’s to become of the space courtesy of CultureMap, which reports that the folks behind High & Tight are transforming the space into a new ’70s-themed retro bar called The Crowdus. The concept will include a complete renovation of both the facade and the inside. Expect an opening this fall.

Moving on to craft beer news, Trinity Groves is welcoming a new brewpub to the neighborhood. Steam Theory Brewing Co. plans to focus equally on seasonal dishes and beer, including a selection of guest brew offerings. According to Beer in Big D, house brews are in the works, and the spot is expected to make its grand opening on Saturday, August 25.

The Keller-based Shannon Brewing Co., on the other hand, will be featured on a new History Channel series debuting this summer. The series, called Blood Money, follows a family estate planner as he helps the children of family-owned businesses step into the reigns. Per Beer in Big D, the episode at Shannon follows the son of a beer distributor as he learns about the business from the brewer’s perspective. The show airs Monday, August 6 at 9 p.m.

Cover photo of Melt’s Kari Crowe by Kathy Tran. Got a tip for The Spread? Email us!