Ruining Deep Ellum, One Surprising Music Venue At A Time. 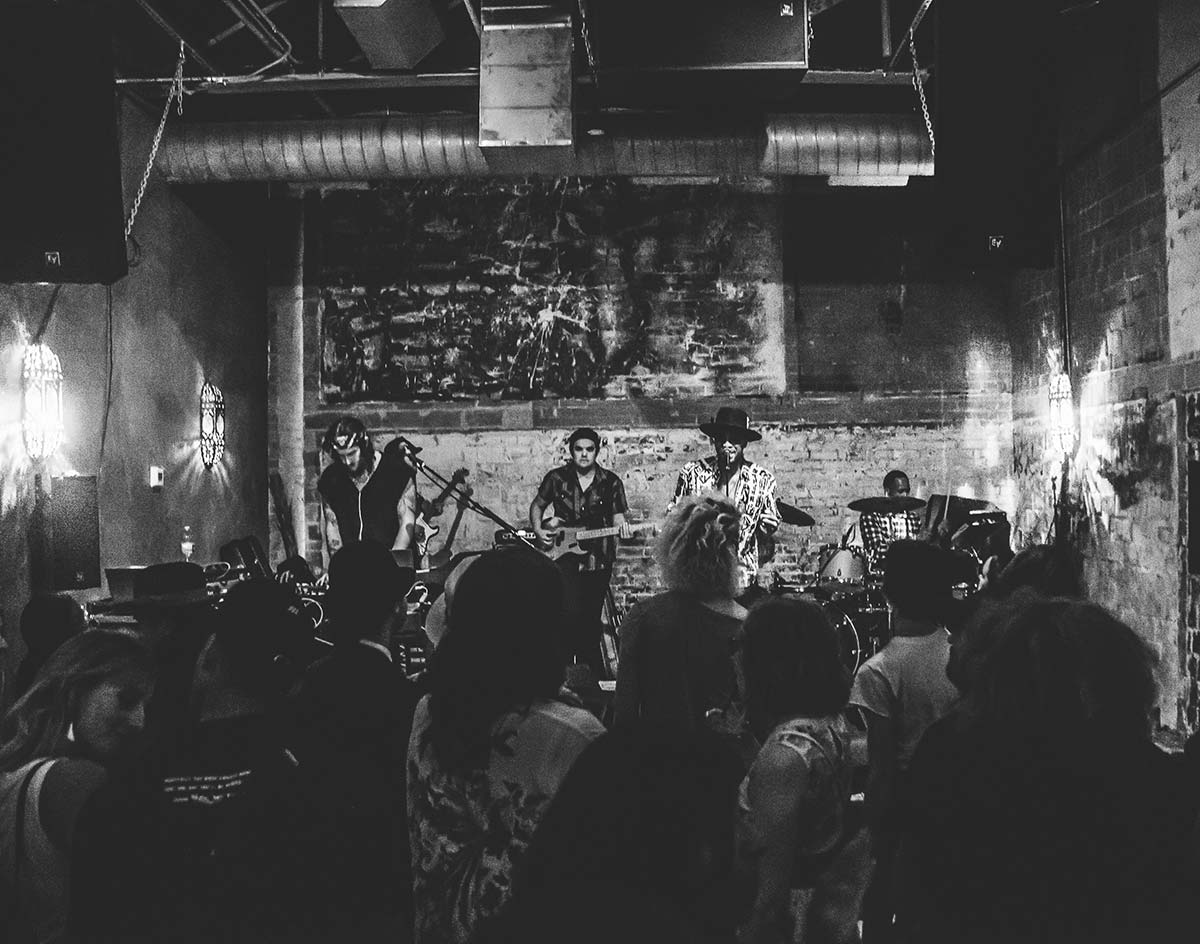 No One Expected The Team At Armoury D.E. To Become Players In Deep Ellum’s Music Scene. Now, After Opening Ruins, No One Can Deny Their Influence.

When cocktail wizard Peter Novotny, beer buds Johnny Brown and Dan Murry and king cooker Abram Vargas decided to launch a well-rounded neighborhood bar in Deep Ellum three years ago, they always knew music would be a big player in their business model.

For the rest of the neighborhood, it took some convincing.

This was back in 2015 when their Hungarian-themed spot Armoury, D.E. opened with an indoor capacity of 45 and an unfinished back patio. Eventually, after progress was made on the bar’s backyard area, some initial music offerings were booked simply as incentive to get folks to venture back there to check it out.

“We weren’t really sure how well our space would be received by local and touring acts, especially in the middle of the summer and the dead of winter,” Novotny says. “A lot of our concerns were alleviated after we started throwing shows with King Camel. We had bands play outside when it was 21 degrees in the middle of winter — and people were still coming out to see them.”

Thanks in large part to that solid string of bookings by King Camel’s Jeffrey Brown for his weekly Locked & Loaded series, music events on the patio were well-received, attracting a whole slew of new regulars to the spot. Eventually, improvements were made to the space via the addition of bleacher seats, communal rails, a bigger stage and an upgraded sound system — the results of which somewhat surprisingly helped earn Armoury the title of Dallas’ best live music venue by the Dallas Observer in last year’s “best of” edition.

“I think live music has been very effective in attracting new business,” Novotny says. “When we bring in multiple bands a night each with their own unique following, we are able to introduce all sorts of people to our food, drinks and atmosphere. Every show is an opportunity for not only the performers on stage to show their skills to a new crowd, but also for our staff to provide new customers with a good time and to showcase quality drinks, food and service. It has definitely resulted in a lot of regulars.”

So many, in fact, that the team started to consider, and eventually commit to, opening a second spot. Watching the Deep Ellum neighborhood boom around them — and inspired by recent trips to Oaxaca, Mexico — the Armoury team before long decided to bring a taste of the country’s mezcal, food, art and culture to a part of town that lacked those things. They did just that earlier this summer, opening a markedly larger venue called Ruins in the space formerly occupied by Luscher’s Red Hots, right near Dot’s Hop House on Commerce Street.

“With all of the growth we’ve seen in Deep Ellum, we wanted to put our stamp on another spot as soon as we could,” Novotny says. “We were looking to go a little bigger, with a larger stage and with a unique atmosphere. Providing a full service bar-restaurant-music venue was always the backbone behind the concept, but as far as style, we wanted to incorporate some of the elements we loved about Oaxaca, and also blend it with some other parts of Central and South America that we’ve experienced.”

With a second chance at establishing a new Dallas music venue, the ownership group was afforded the opportunity to use their past experiences and start things off much farther along in the game. Whereas Novotny it took his team years to build the kinds of relationships it now has with bands, promoters and sound techs to really throw proper shows at Armoury, Ruins is starting with a leg up there.

From the jump, there’s been a team in place to keep the entertainment side of things humming at Ruins — a group that includes Oaktopia co-founder Matt Battaglia, who is now helping to book both spaces, as well as the talent-buying teams at King Camel, Margin Walker, Spune and a few others. And, after helping put in the new sound system at Armoury, Chris Cotter (also a part of the team at 1919 Hemphill) helped consult owners on a new state-of-the-art sound system for Ruins alongside with Ryan McGinnis (Emerald City Productions). Since that system’s installation, sound engineers like Austin Smith and Granada Theater production manager Michael Keith Lewis have been brought in to fine tune the system.

“As far as the equipment, everything was an upgrade,” Novotny says.

In addition to an improved indoor stage and a separate live music room that allows Ruins to charge for some bigger shows, the bar also boasts a mezcal and rum-heavy cocktail program, and a kitchen run by Vargas that’ll serve The Three T’s (tacos, tortas and tapas) until 1:30 a.m. every night.

But perhaps the most exciting thing about Ruins is that it gives the owners of one of Deep Ellum’s best live music venues a chance to really up the ante with its not-initially-planned but now happily central-to-its-identity music programming. On top of an improved layout, a more powerful sound system and an indoor setting, Ruins seems to upgrade the few shortcomings of its already beloved predecessor.

“Bringing in some bigger national touring acts is definitely one of our goals at Ruins,” Novotny says. “Unlike at Armoury, where we have only been able to do free shows, Ruins has the separated Limbo Room entrance where we can sell tickets to help cover the costs of throwing larger shows. This has given us a lot more flexibility when negotiating with those bigger-type acts. Other than that, our main goal is just to provide good music, while also providing quality food and drink, and an overall unique experience for all types of music lovers.”