Chef Angela Hernandez Is Stirring Things Up Yet Again. 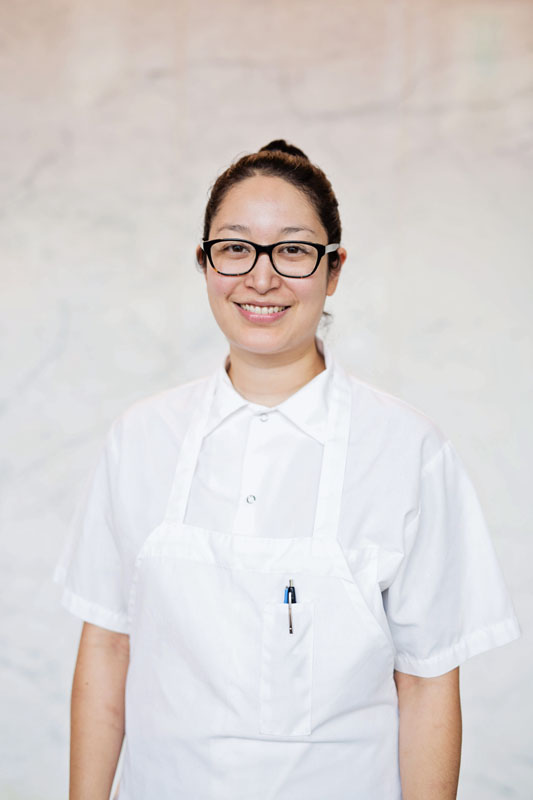 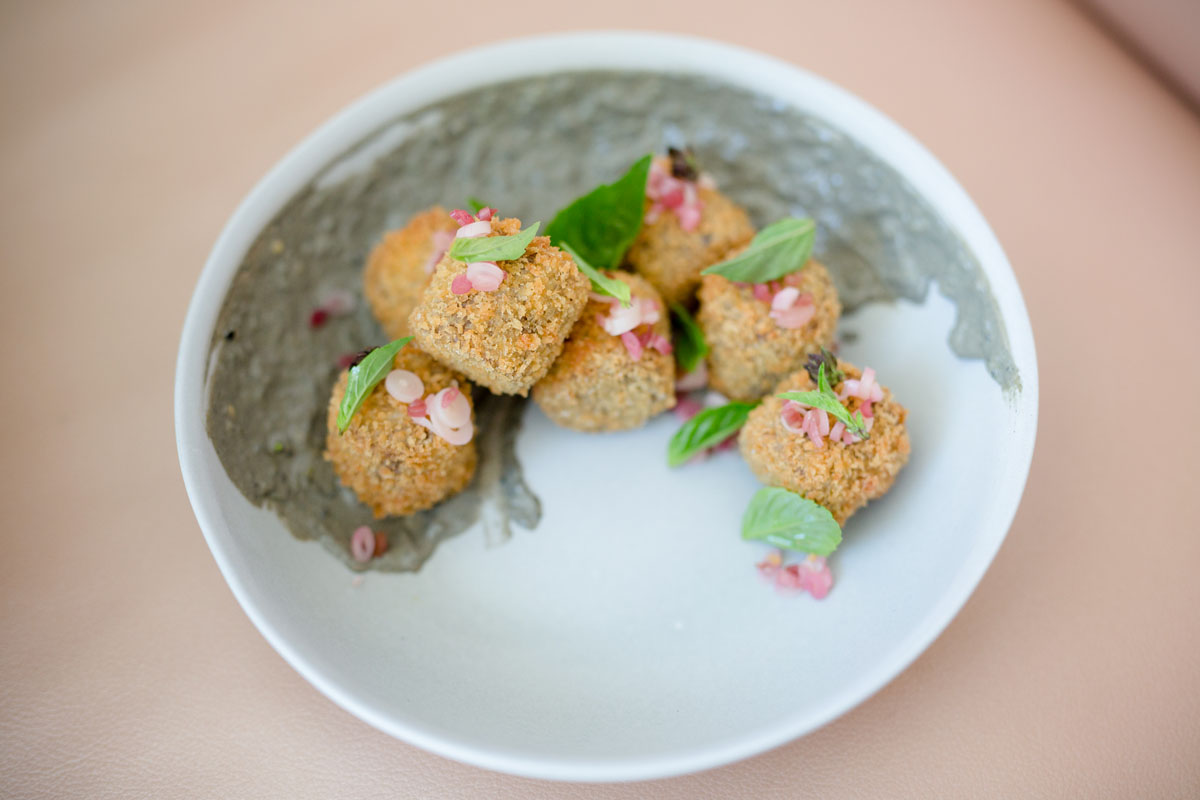 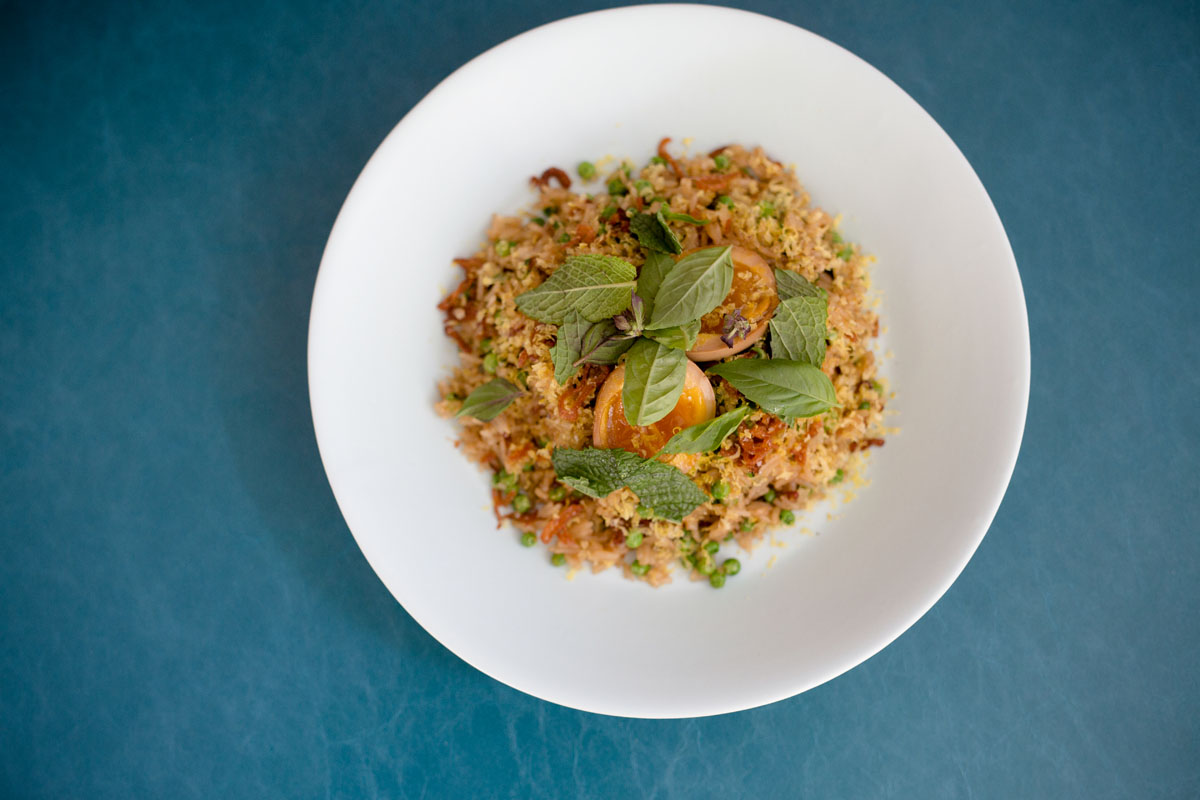 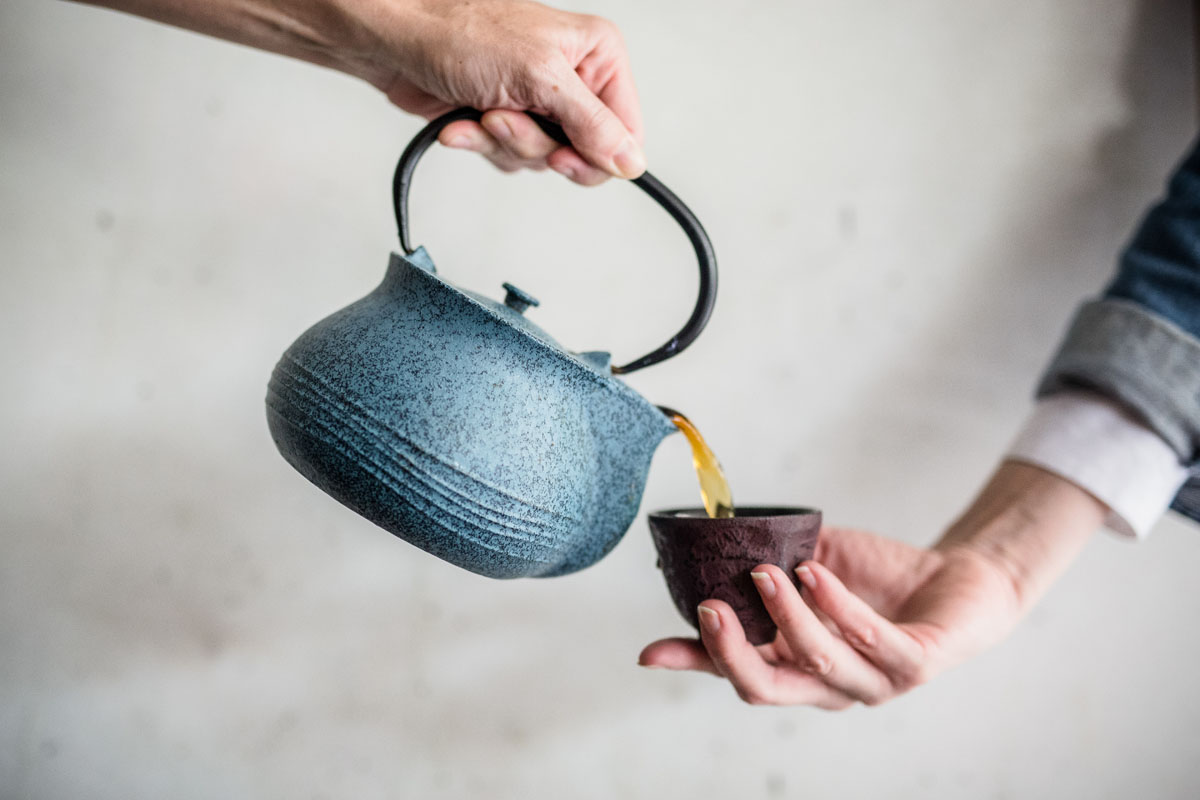 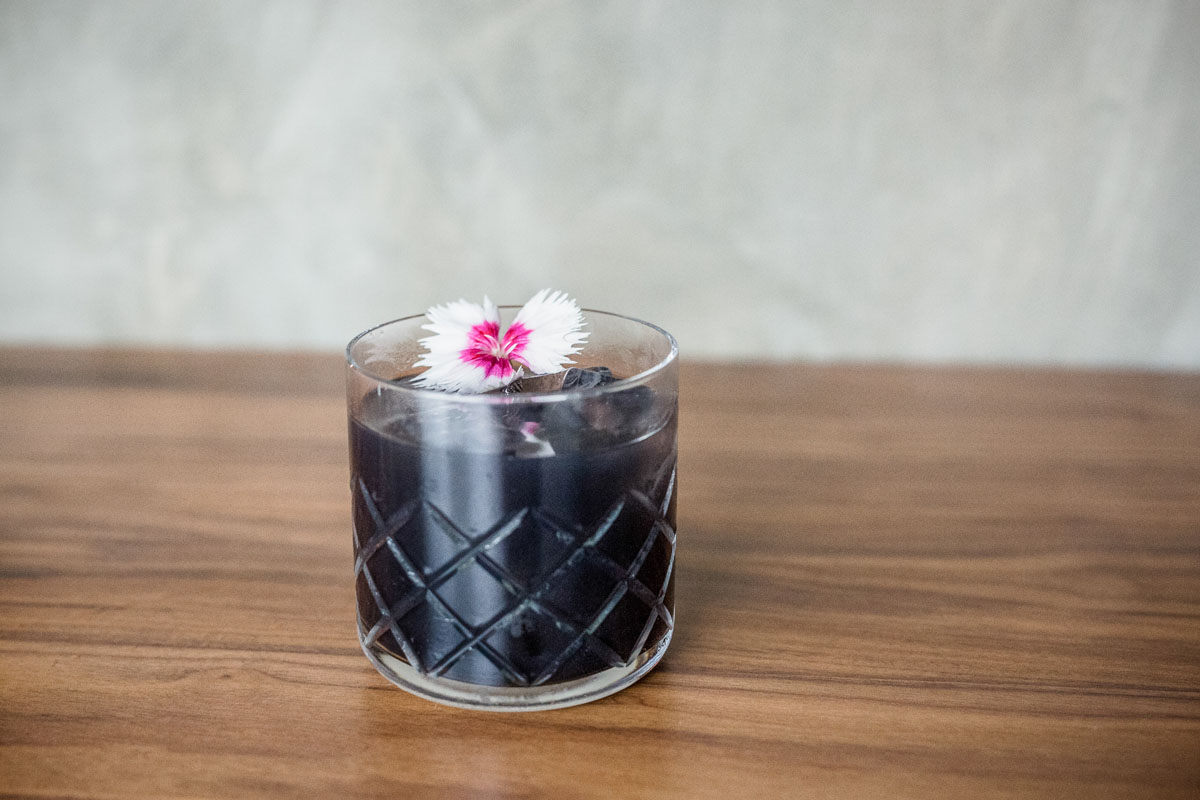 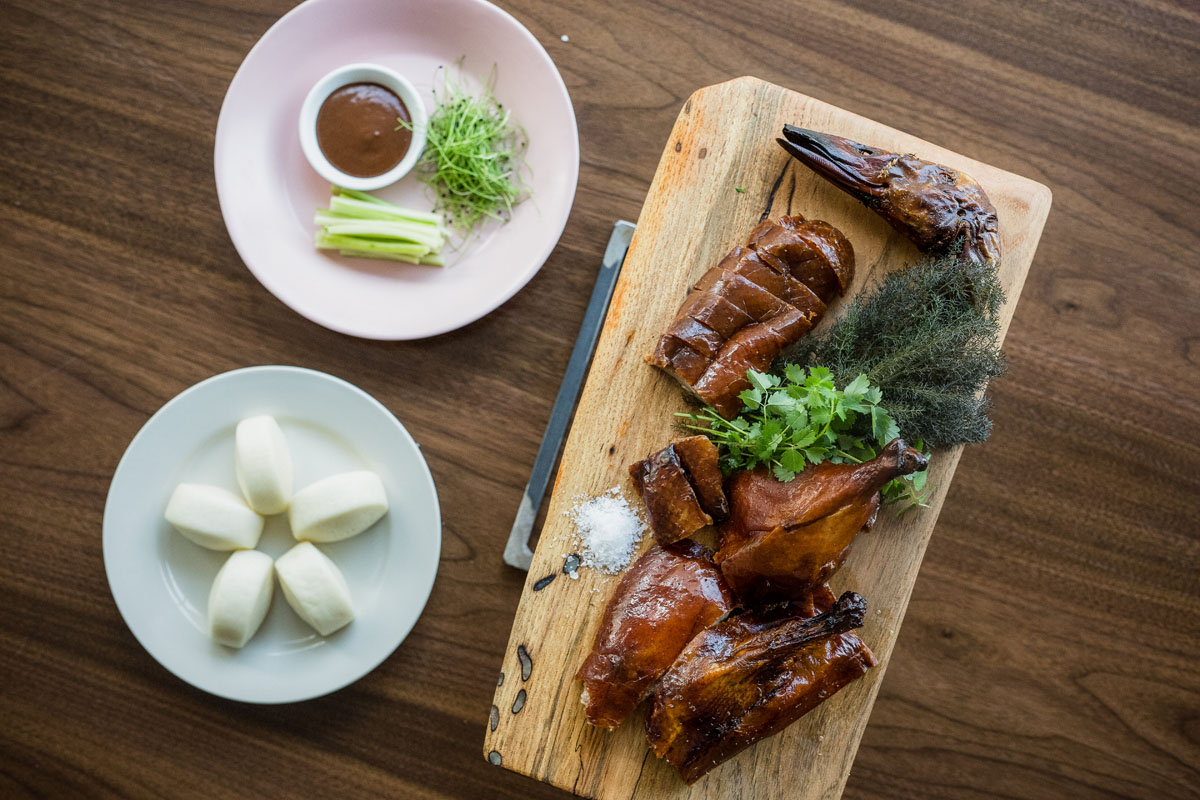 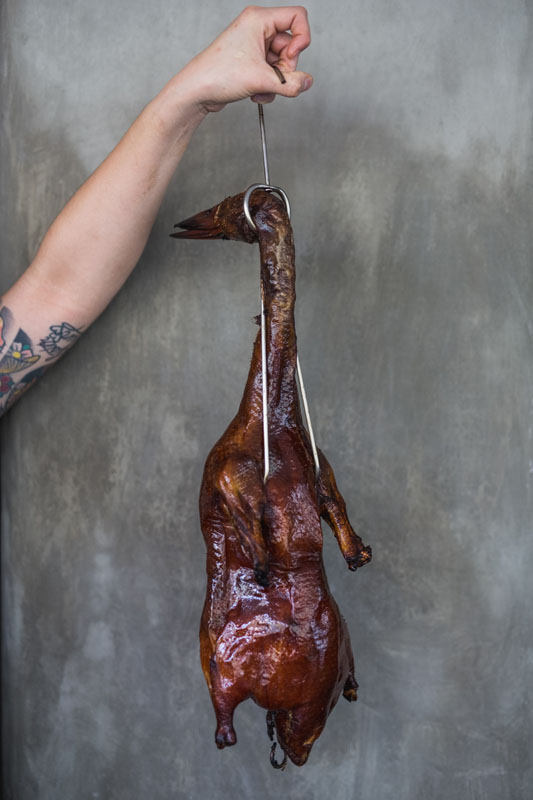 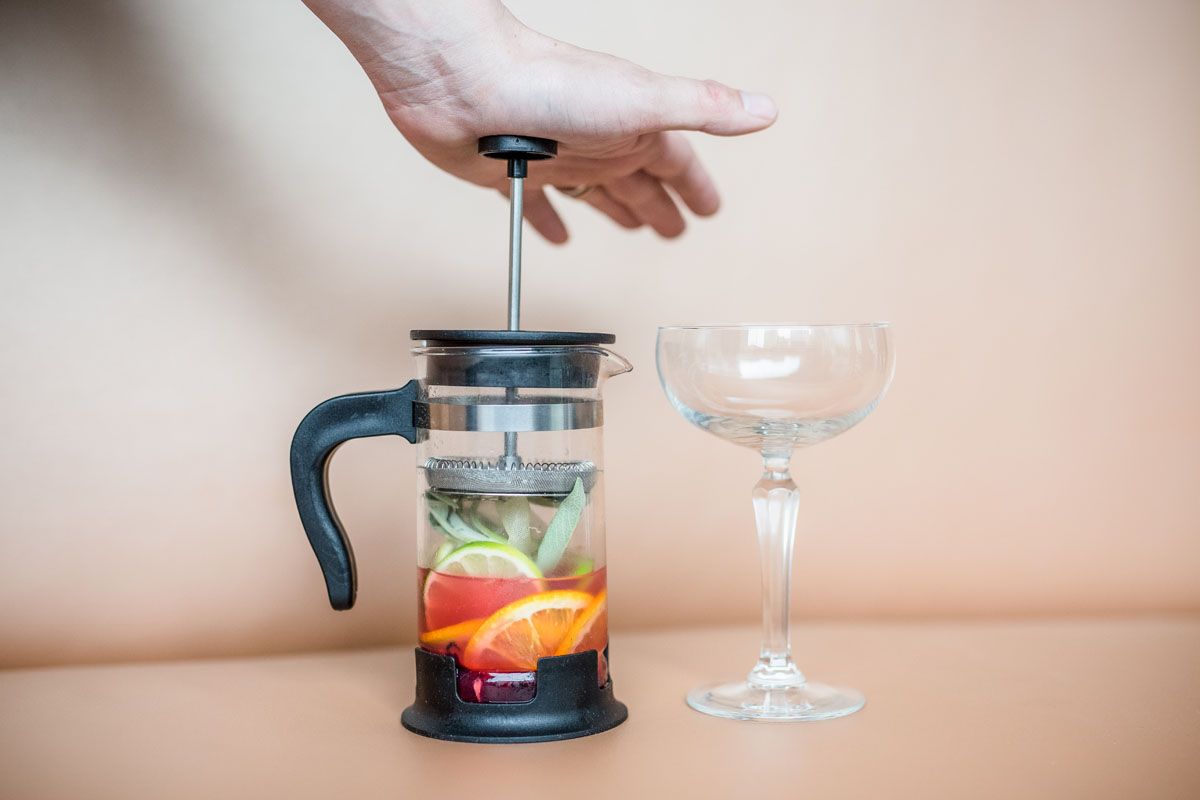 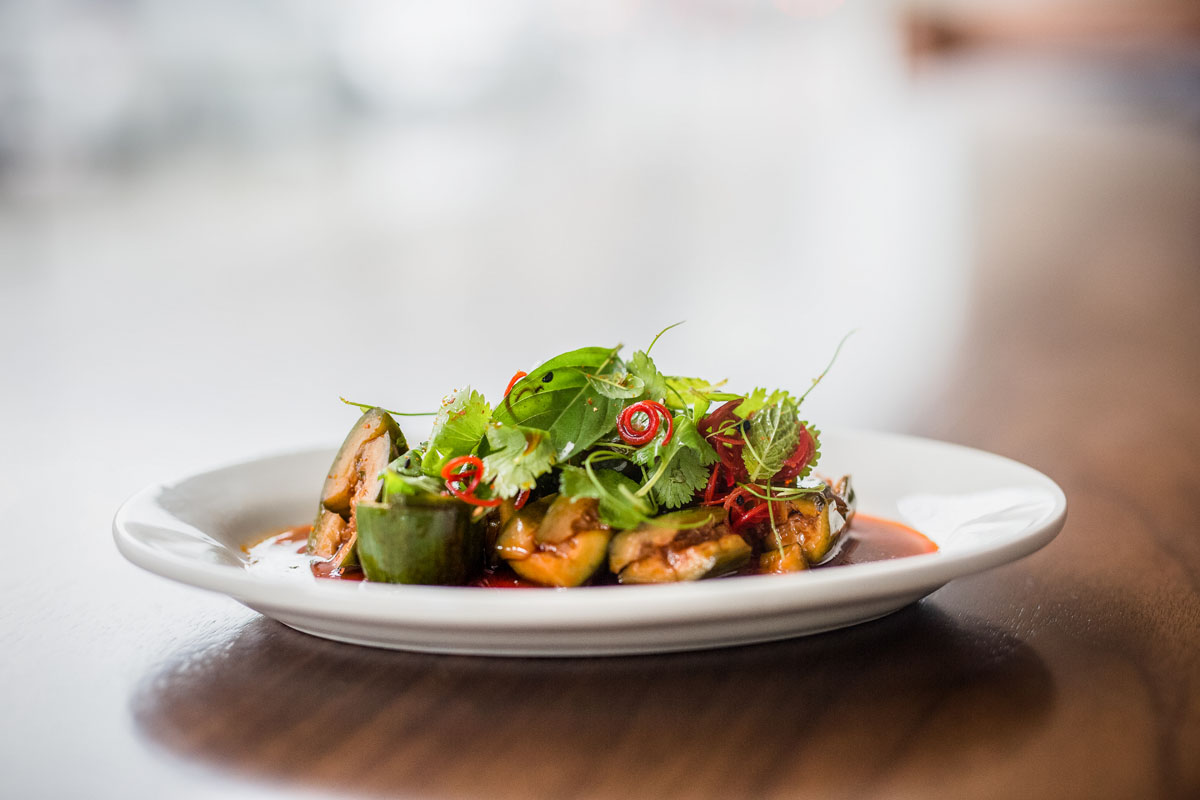 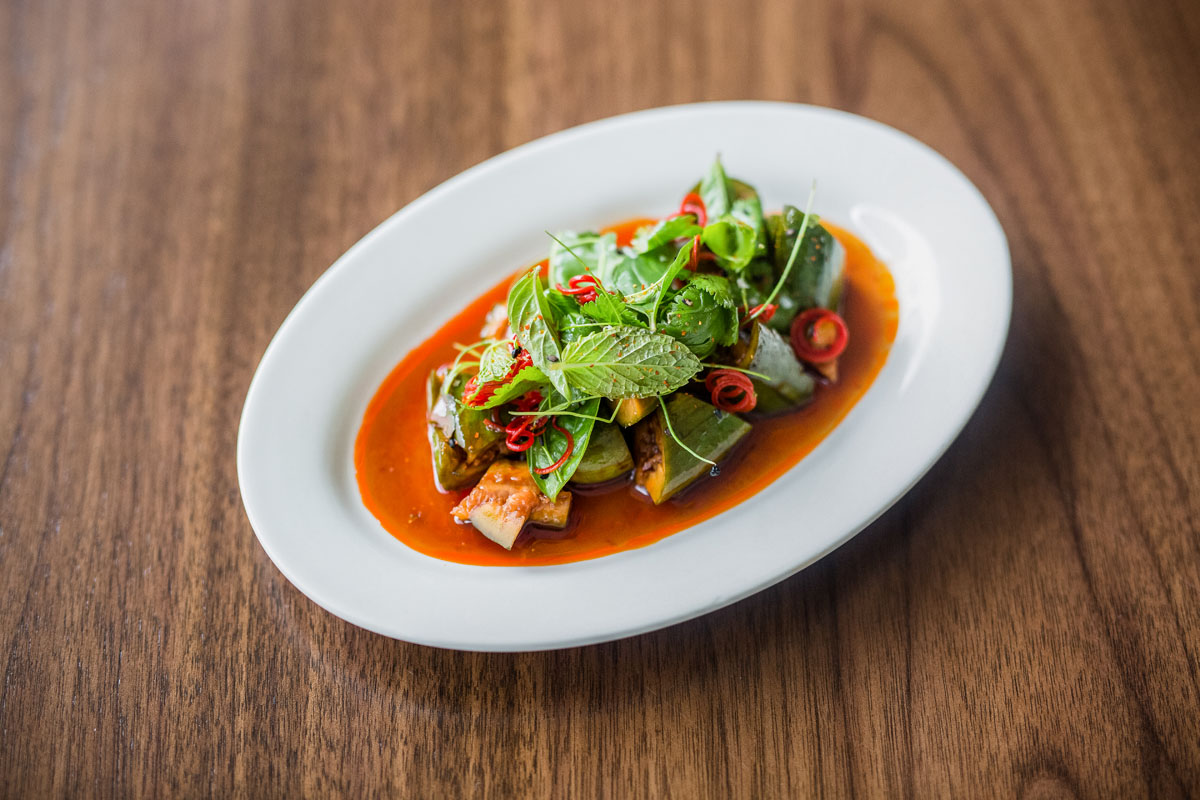 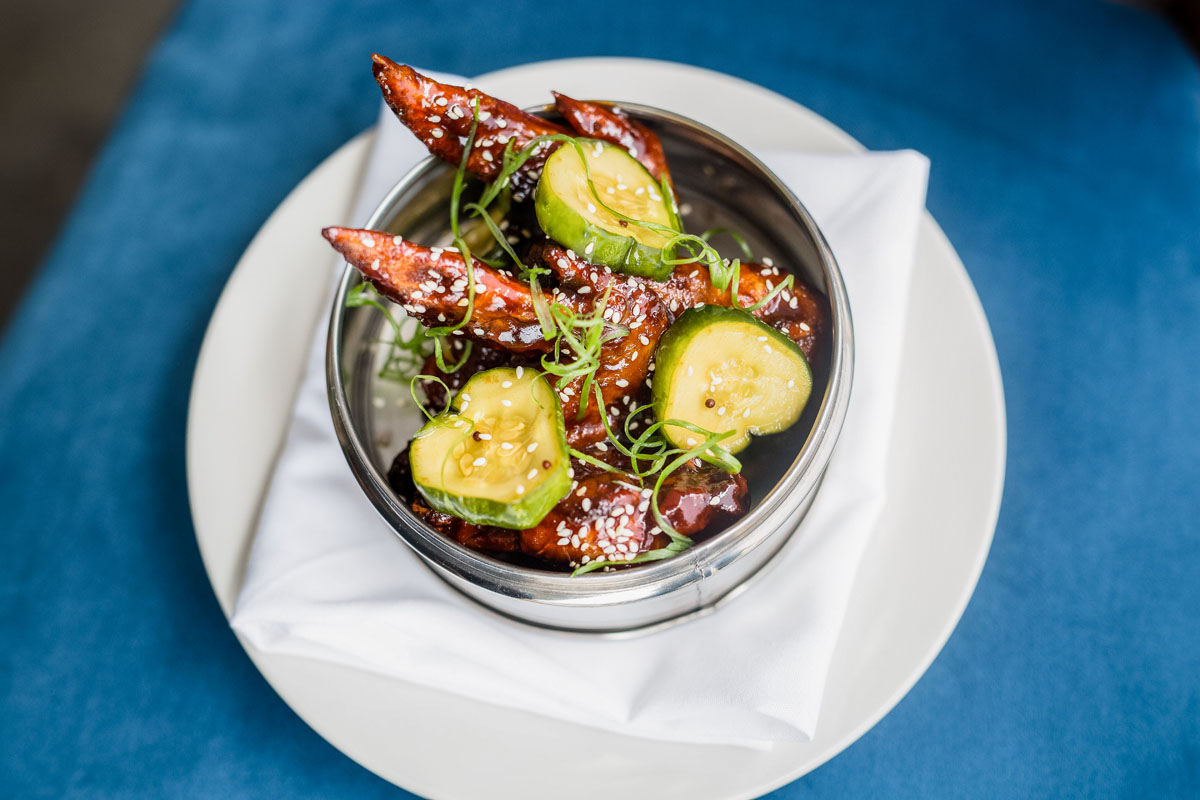 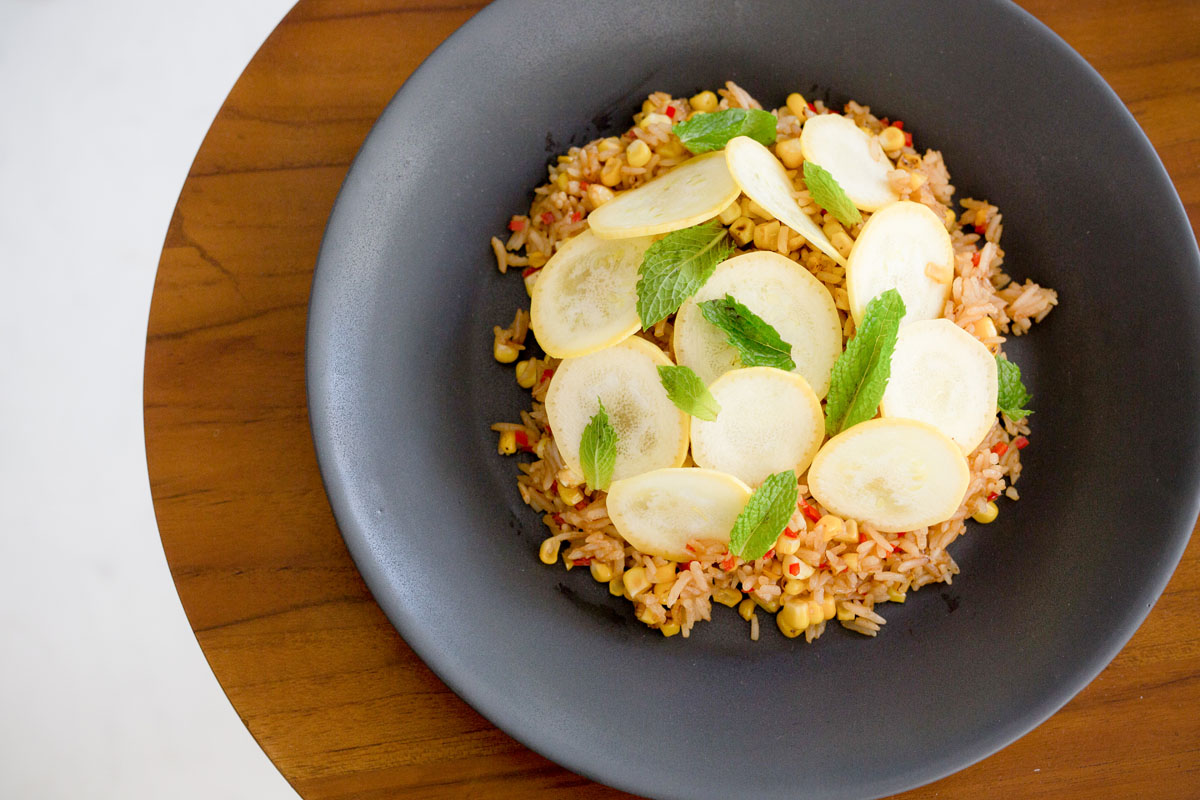 One Of Dallas’ Most Exciting Young Chefs Tells Us What To Expect Of Her Two New Statler Hotel Spots, The High-End Fine China And The Playful R&B.

Two-and-a-half years ago, I sat down to talk food and futures with chef Angela Hernandez as she was about to open Top Knot– the playful, punchy little sister restaurant to the much-hyped and then-new-to-town Japanese restaurant Uchi, which has since been phased out and replaced by Uchiba.

It was an enlightening interview — one of my favorites, really — as Hernandez, who’d been hand-selected by Uchi chief Tyson Cole to helm his flagship restaurant’s cheekier, upstairs, Dallas-exclusive sidepiece, opened up about the prospects laid out before her.

At the time, scoring the Uchiba gig was a pretty major break for the now-35-year-old Hernandez. But, these days, she’s got an even more exciting task at hand, having been handed the keys to not just one, but two new spots inside of the ever-playful, quite chic and much-ballyhooed Downtown Dallas hotel The Statler, which recently reopened after 17 years in the dark and some $230 million worth of renovations.

Smack dab in the beating heart of the city, Hernandez is now in charge of both the fine-dining Chinese restaurant Fine China and its more-accessible sister establishment, the ramen-and-bao joint R&B. It’s a lot to handle, but when the two of us recently caught up for a chat inside one of Fine China’s private rooms, Hernandez seemed more than up to the task.

As the below transcript of our chat shows, the chef once again seems poised to shake up everyone’s ideas of what modern Asian dining entails.

What have you learned in the past couple years since you opened Top Knot?
I learned that you never stop learning in this industry. When I was at Top Knot, toward the end, I was getting a little bit bored. I’d been focused on contemporary French and Japanese cuisine, and never ever in my mind was I thinking about Chinese food. It has such a mystique. It’s so complicated. There’s a lot of legwork — and then the execution is so quick. But it’s been a lot of fun. I’m learning how to cook Chinese food.

And I know you’re excited about the team you have around you as you learn at Fine China. Can you tell us a bit about that group?
This is the best team that I’ve worked with so far. I’m very lucky in that sense. My team consists of my chef du cuisine Josh Bonee, who came from Flora Street. He and I started worked together at [Top Knot’s pop-up series] Uncommon Ramen. He was instrumental in the creative development of both Fine China and [its sister ramen and bao-focused restaurant] R&B. My other sous chef, Jared Little, is from Tennessee. He was running a restaurant group in Alabama, and he moved here for this project — he is super OCD and awesome. He’s going to be running R&B for me. And then I have Andrew Vu from Niwa as my other sous, and he’s very strong creatively. I just have an awesome squad of very strong people. My dim sum team — Sara, Judith and Cade — are my team leaders. They help train and are even more well-versed in the menu than even some of my sous chefs because they’ve been cooking with me and Josh for months. Sara and Judith did continued education with me in Las Vegas, and while we were there, I set Cade up in Los Angeles with some stadges focusing on some higher-end, fine-dining sort of food, just to get him some exposure to that. It’s a pretty amazing team.

Speaking of Los Angeles and Las Vegas, you recently did some traveling and studied dumpling making with some pretty amazing chefs, right?
I went to stage for a week at MGM Grand at the Grand Wok during the day. And then, at night, I would go with the dim sum master at the Mansion at the MGM Grand, which is their private club. They have a continental side and a Chinese side, and the Chinese side was completely traditional. There was a language barrier at first, but everyone was so patient. With the dim sum master, he was using traditional Chinese scales, and I had to convert those recipes, take videos and then take them back to the hotel and replicate them over and over to develop the muscle memory.

Did you then put your own spin on it?
With the dim sum, not really. His is the best recipe. Our dumplings are traditional. I want to start with that foundation — and maybe once we get stabilized, we can start exploring the different fillings that are percolating in the back of my mind. With those things in particular, because people will be most hyper-critical about them, we want to focus on the techniques.

What’s your favorite thing on the menu at Fine China?
My hyper-focuses are the dim sum program and the barbecue program. With the dim sum, it’s because there’s a lot of tweaking every day. And the barbecue? I’m still trying to get comfortable with the oven, which is different with what I’ve been working with during research and development. But the ducks I’ve made in the past few days have been some of the best I’ve cooked.

Where do you source the ducks?
The ducks are from Long Island, from one of our specialty purveyors. They grow ducks for foie, and also chickens. They arrive with their heads on and guts in, and then we process them here.

What’s one thing on the menu you wish you could make everyone taste?
I love the shumai! I think it’s underrated. Soup dumplings, people are familiar with at this point. But shumai is a delicious, open-faced dumpling that you don’t see much outside of dim sum restaurants. Oh, and the dan dan noodles! All day! I love those so much. We’re making a ramen out of that next door. In fact, that spicy pork ragu on the dan dan is being utilized in so many ways. It’s going to be here at Fine China, and next door in a ramen and a bao called the Dirty Joe, which is a twist on a sloppy Joe.

Speaking of next door, tell us about Ramen & Bao. Am I crazy, or was that not always part of the plan at The Statler, was it??
I’m the one who’s crazy! It’s all my fault! We were in the opening stages of Overeasy, and we were under construction, and there was a door that connects that kitchen where they were going to like do a late-night pizza-by-the-slice place with a different operator. And I was like, “But there’s a door. I don’t like that! If we’re going to be something attached, then I don’t care what it is — I want to run it.” And then the space, it reminded me of Momofuku. So, instantly, I thought of ramen and bao. Even back at Top Knot, I’d talked to Alex (Astranti) about how I wanted a place that just had a small menu — ramen, and bao, and that’s it. So I talked to Royce (Ring) about it, and he pitched it, and [the higher-ups} liked it, and now here we are about to launch it! That menu is a lot more focused. It’s like seven bao options, four ramen dishes and two sides. It’s fun because it’s like the opposite of Fine China, which is composed, elegant and technical. R&B is fun and out-of-the-box, with random combinations of flavors that are not just Japanese. We have stuff like a cheeseburger bao, or a falafel bao, and so on. Like, if I’m drunk at 2 a.m., where’s my sloppy ass going to eat?!?!?

With the recent influx of Pan-Asian restaurants opening in town, what sets Fine China apart? What do you want folks to know about it? What makes it different from just another upscale Asian restaurant?
I want people to know that we are not trying to compare ourselves to anyone. Ours is a completely different beast. We’re not trying to reinvent the wheel, either. Every single dish on this menu is something we have put a lot of work and time into making, and we’re passionate about everything we’re making too. I know the outer boroughs of Dallas has a lot of great Asian food, but people don’t always know where to go. I still don’t even know all the places, but when I have a day off, I don’t always want to drive 25 minutes out there. So it’s about bringing it to the inner city. It’s about doing it in a different environment that’s fun and sexy, and you can get lunch and dinner, and we’re doing dim sum all day, which is also not very common. We’re not trying to prove a point to anyone; we’re just trying to cook some good food. The focus, after all the closings and hypersensitivities, is on the new Chinese. But I don’t really pay attention to all that. I tell people all the time: Josh and I never cooked Chinese food prior to this concept. So was I scared as fuck? Yes, I was! But it’s about educating yourself, putting yourself out there, and just doing it and paying respect to what it is. From there, that’s where you get your inspiration.