The Spread: After More Than 25 Years, Cosmic Cafe Is Closing. 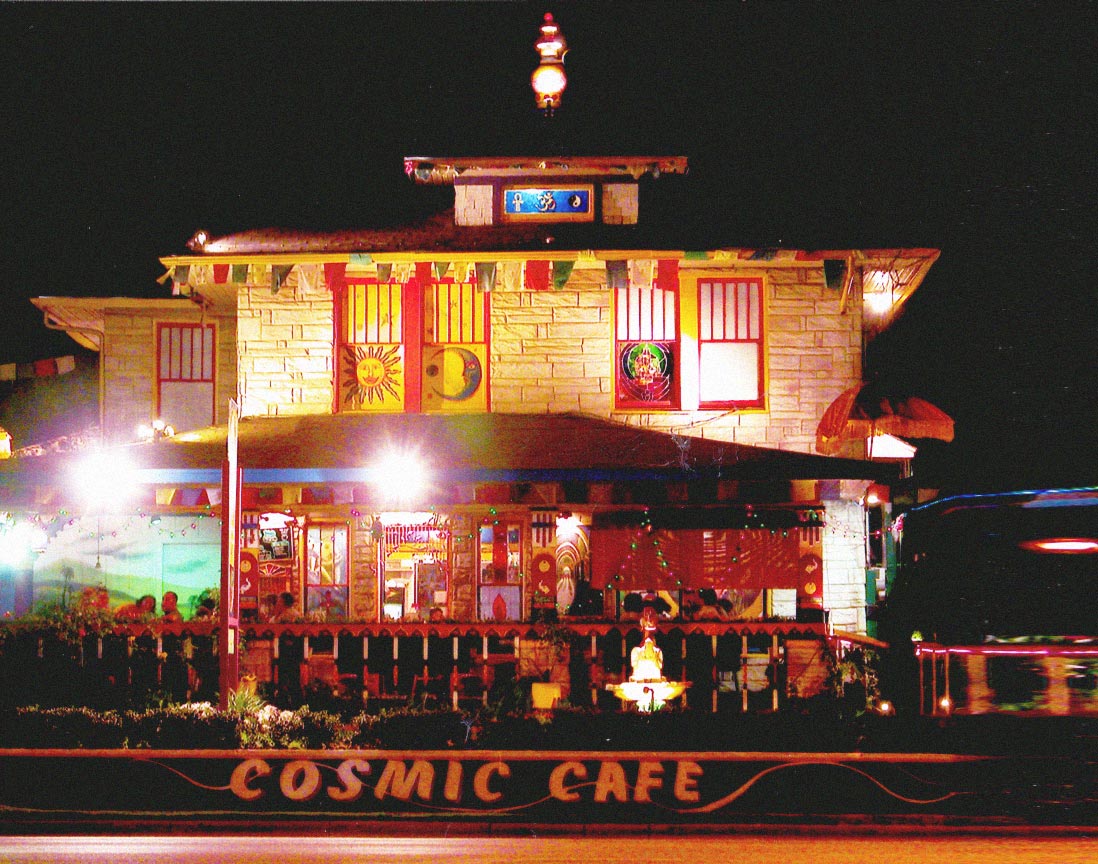 There’s a lot to sip on in this week’s food and drink news roundup!

For one thing, CultureMap broke the news this afternoon that Cosmic Café, the beloved Oak Lawn destination for Indian and vegetarian dining, will be closing its doors for good on October 17 after a more than 25-year run in its colorful space. Initially opened as the Cosmic Cup, the charming spot was co-founded by the late Wes Anderson film character actor Kumar Pallana, and it hosted yoga classes and Buddhist meditations in addition to serving food. At least some of that spirit will live on in the building’s future, as its next tenant will be a wellness center called Sun Yoga Center that will be celebrating its own opening on November 6.

Avoiding a similar fate to Cosmic Café is East Dallas’ own cherished Garden Café, which the Dallas Morning News reports is emerging from the pandemic with some new tricks up its sleeve — including dinner service, and beer and wine offerings. Although the phrase “farm-to-table” is generally overused, many of Garden Cafe’s dishes utilize herbs, spices and vegetables grown on their own property’s backyard garden. At the new dinner service, diners will be able to enjoy dishes like a hearty meatloaf, a red snapper dish, chicken and dumplings and more.

Up Denton way, meanwhile, an altogether brand new café opening later this year will be offering two iconic treats. Appropriately called Iconic Vegan Cafe, the new Hickory Street spot will offer plant-based versions of sushi and… ice cream? That’s the word from CultureMap, anyway, which notes that chef Otis Ross began selling vegan sushi and ice cream out of two different trucks at the end of 2018, and that he’ll be merging those two notions with his first ever brick-and-mortar store. Ross’ ice cream is made with either oat milk or coconut milk, and comes in flavors like matcha and monk fruit, rum raisin and blue spirulina. Sounds like a great spot to visit before a show at Dan’s Silverleaf!

We’re admittedly looking a little less forward to Mi Cocina finally making good on its January promise and opening its Klyde Warren Park location next Monday in the space previously occupied by Savor. So as not to be confused with its McKinney Avenue location, this version will be known as Mi Cocina on The Park, and will contain three spaces within — a dining area, an “upscale” bar and a kiosk called La Parada, where guests can purchase small bites and margaritas as they stroll through the park, according to D Magazine. Our thoughts? Meh. We’re still not crazy about losing Savor.

Also in Oak Cliff, there’s another new bar called Casablanca opening up later this month. Spearheaded by executive chef Nick Hurry, Casablanca will offer cocktails and shared plates with “inspiration from food you might get at street stalls from southern China and Malaysia, bazaars of Persia and smaller shared dishes common in Northern Africa,” Hurry tells CultureMap. Inside the space, there will also be a ’70s-inspired speakeasy — or, as they call it here, a “singeasy.” Color us intrigued.

Also intriguing: Nearly a year after after it opened to great fanfare, Eataly Dallas is finally getting around to hosting its grand opening celebration on November 12. On that date, the store will close early, then transform into a festival grounds of sorts, upon which ticketholders can channel their inner Rihanna and sample from over 30 different tasting stations. As D Magazine notes, the festivities will even spill outside of Eataly’s doors, with its outside parking lot will turn into a large cookout space where ticketholders can taste arrosticini and porceddu. Talk about luxury!

While we’re on the subject of luxury, the Zodiac Room at Neiman Marcus in Downtown Dallas is opening back up. According to CultureMap, executive chef Sarah Toth will serve a seasonally-driven menu, plus customer favorites like salmon tacos, black Angus cheeseburgers and mandarin orange soufflés. Guests will also dine upon Carlo Moretti glassware and Bernardaud china while beholding an impressive art collection within the space.

Far less stuffy, though, is the woman-owned record store Red Zeppelin Records in McKinney. After having launched an in-house record label earlier this year, the company is now expanding into the food and drink space by opening up a dive bar and music venue. Per the Dallas Morning News, owner Katie Scott has already signed the leased on the space next door to her shop — it previously housed a hair salon — and has her eyes on a February 2022 opening.

Cover photo via Cosmic Cafe’s website. Got a tip for The Spread? Email us!