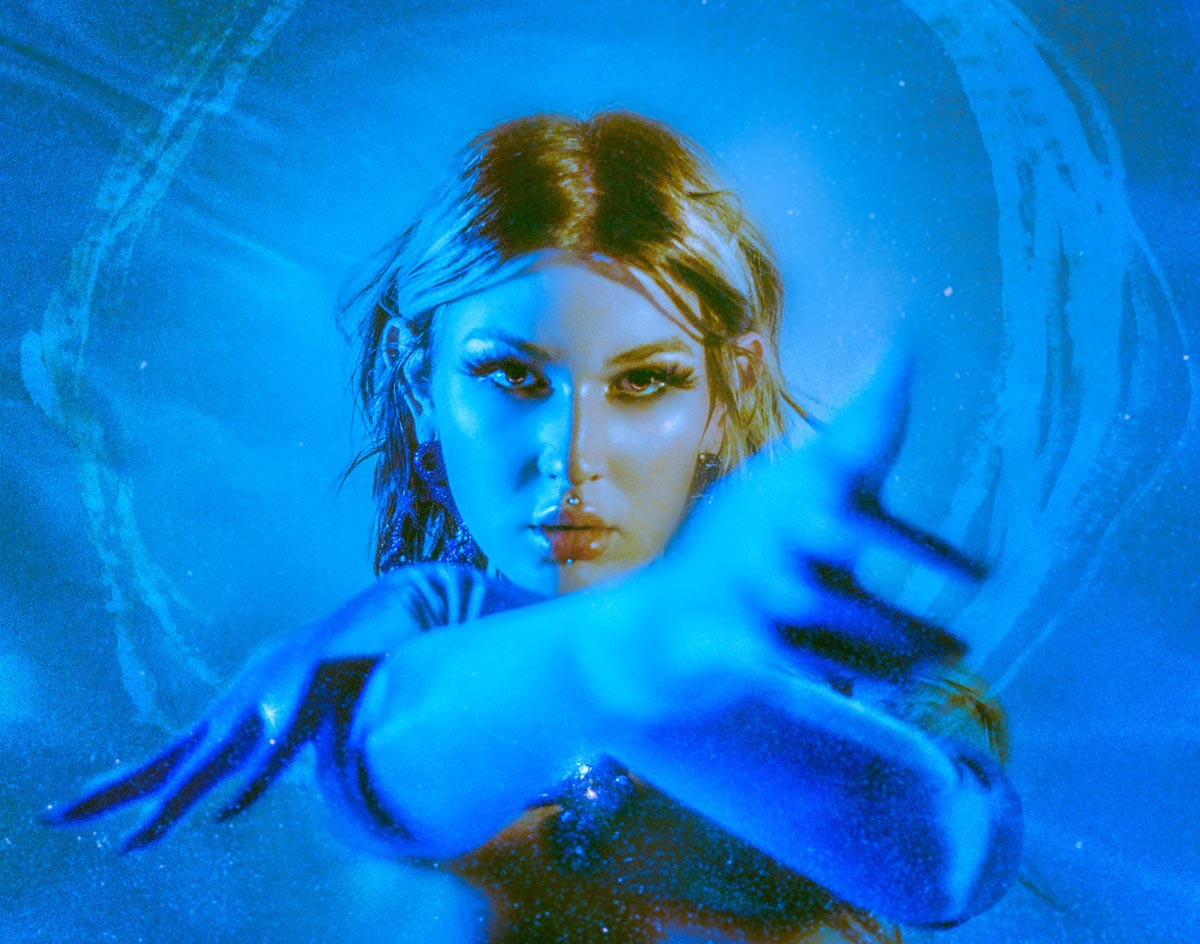 The Denton-Sprung Act Moved To Dallas, Expanded Into A Full Band And Signed To Idol Records, But Lorelei K Is Still Making Magic With Producer Michael Briggs.

Lorelei K — “Blue Part Four”
RIYL: long stretches of time without distractions
What else you should know: Ahead of some big shows in December at the Granada and at Three Links, Lorelei K — an artist we’ve covered pretty extensively throughout the years —  will release a new single on Friday.

After years of performing and recording as a Denton-based solo act, Lorelei K has now relocated to Dallas and expanded into a full band in order accommodate a fuller sound — and you’ll hear that growth all over this new “Blue Part Four” single. Fronted by Dahlia Knowles (who is also known as Lorelei K herself) and continuing to work with producer and musician Michael Briggs as her George Martin in his Civil Audio studio up in Denton, this latest release makes for quite a melodic swelling of sound.

Knowles has a background in poetry, and in turn has plenty of lyrics for this honest love song. But it’s the echo-filled piano line Knowles plays that will really draw listeners in, opening the door for her to sing amidst a wash of sound.

Briggs is credited with sound design here, which essentially means he made the sonic trip float between your speakers and headphones. Guitarist Mills Chaiken adds tasteful lines that don’t get in the way of Knowles’ vocal and piano efforts. Bassist Rex Davis and drummer Dean Adams supply a steady foundation to allow the tune to flourish.

The arrangement and instrumentation give the song a floating, almost heavenly feel. This is a much more ethereal sound from Knowles, featuring far less of the doom and post-punk feels heard in the prolific performer’s back catalog. Think of “Blue Part Four” like a collaboration between the Cocteau Twins and Explosions in the Sky, and you’ll get a pretty decent sense of what she and Briggs are going for here.

Briggs gets plenty of love from this writer in particular, as he continues to produce quality talent out of his home studio in Denton. But, fact is, he warrants the attention. The guy has simply given a ton of North Texas-based acts some great documents of their sound over the years. He’s long been inspired by the work ethic and mentality of The Paper Chase’s John Congleton — another area performer who went on to become a celebrated producer — and, at this point, Briggs should not be taken for granted.

With “Blue Part Four,” he’s raised not only his game, but Lorelei K’s. That this is among the band’s first releases for Dallas’ own Idol Records — a label with a knack for getting its acts strong commercial use placements in TV and film — only makes the song the artist and producer achieved here all the more fulfilling.

This isn’t just a stunning track that deserves to be heard. It’s one that, if all cards fall the right way, will be.