Women In Dallas Record Stores Are Reshaping The Male-Heavy Space. 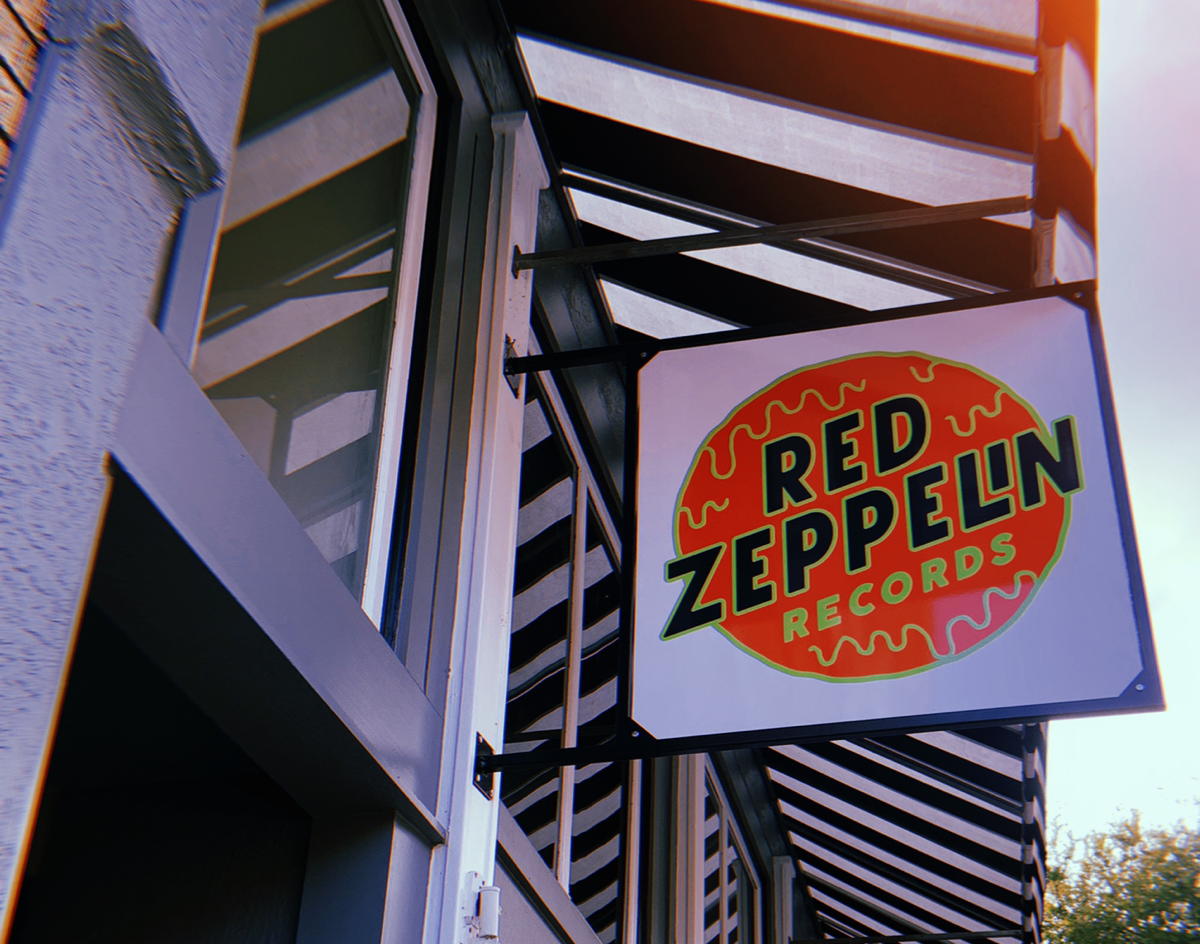 With The Opening Of Red Zeppelin in McKinney, Women Leading Some Local Record Stores Share Why We Need More Women In The Booming Industry.

In the middle of Downtown McKinney sits a new hole-in-the-wall record store with an atmosphere that feels like you’re being transported to New York City in the ’70s. Red Zeppelin Records, a reference to iconic English rock band Led Zeppelin and the store owner’s firetruck-red hair, is equipped with not only used CDs and vinyl favorites, but obscure gifts and vintage merchandise.

In July, Red Zeppelin opened its doors as one of the few female-owned and run record stores in Texas, and it’s here to take down stereotypes.

The need for independent record stores have become vital as the number of vinyl album sales continue to rise each year, but Dallas record stores have also seen a shift in the traditionally male-dominated industry —  more women are becoming avid music collectors and filling the stores.

Inspired by Molly Ringwald in Pretty In Pink, in which the actress played a teen working at a new-wave record store, owner Katie Scott says she wants to represent more of a strong female role in the industry with Red Zeppelin.

“I feel like it’s an area that needs to be expanded upon,” Scott says. “Squash that whole thought that men are more knowledgeable about music.”

Scott previously sold records at her around-the-corner shop The Groovy Coop for years, and shop manager Bayleigh Cheek is a local indie artist, so it’s best to save the tired “name five albums” cliché — the two women definitely know a thing or two about music.

Red Zeppelin hasn’t been around long enough to experience a typical mansplaining customer, but they have received a couple hate comments on social media. 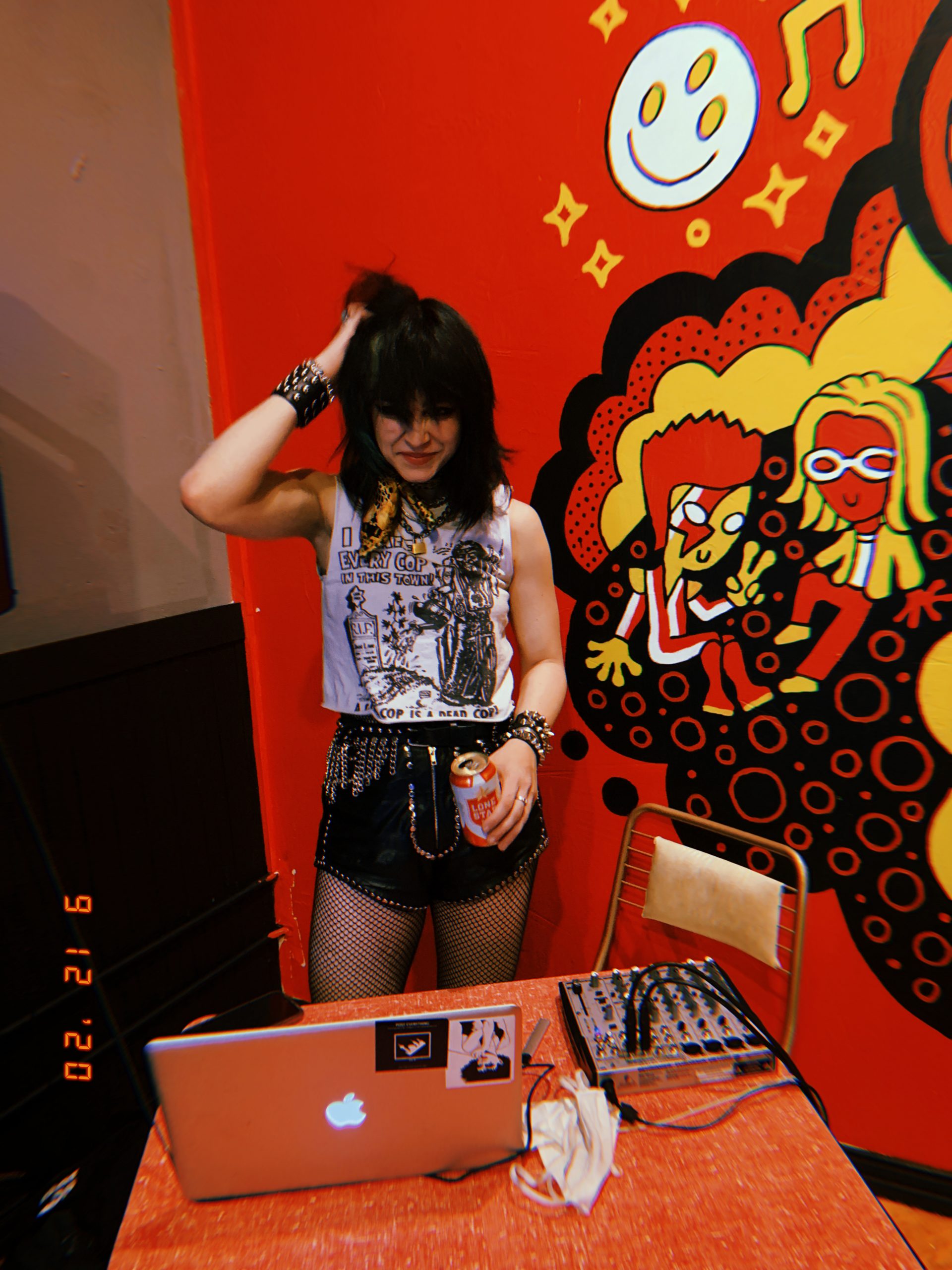 “One of them was like, ‘We don’t want your vagenda,’ which was pretty clever,” Cheek says.

However, there’s no “vagenda” at the new music outpost in McKinney. They just want to be known as the female-owned record store bringing a much-needed presence to the suburbs that’ll make people forget they’re in the middle of Texas. Even the vibrant mural at the center of the shop was designed and painted by North Texas musician and visual artist Claire Morales.

Female-led record stores like Red Zeppelin and Oak Cliff’s Spinster Records have only solidified the need for more female representation in the industry. Cheek says there are so many female musicians and women who are really into music and it’s important that they have a place they can relate to.

“A lot of our clients are young females and they’re really into punk rock,” Scott says. “It’s a big thing right now and that made me super excited that we tapped into something that wasn’t tapped into.”

Spinster Records, owned by David Grover, is one of Dallas’ most beloved record stores and has a big female representation. Kate Siamro, who is commonly associated with the store for being its social media handler and in-house show planner, has worked there for five years and says the record store industry isn’t a boy’s club anymore.

“I wouldn’t say Spinster is successfully running because it’s majority women,” Siamro says. “But it definitely opened us to a crowd that’s been shunned by old record snob dudes for decades.”

Much like the women at Red Zeppelin, Siamro is also a record collector who’s enthralled with music history. She says she still has her run-ins with misogynistic visitors, though.

“Everything from men specifically asking if there’s a man in the store that can help them to dudes trying to school me on basic level music information,” she says. “I think men who feel the need to explain how music works to women who work in music have small wieners and usually don’t make great music.”

It’s long past time for record stores to be a little less John Cusack’s High Fidelity and a little more the Zoe Kravitz-starred reboot, and the women of Dallas’ record stores make it clear.

“It shouldn’t be a male-dominated thing,” Cheek says. “Every gender can love and appreciate music.”