The Hate U Give Is A Powerful Look At A Too-Familiar Tale. 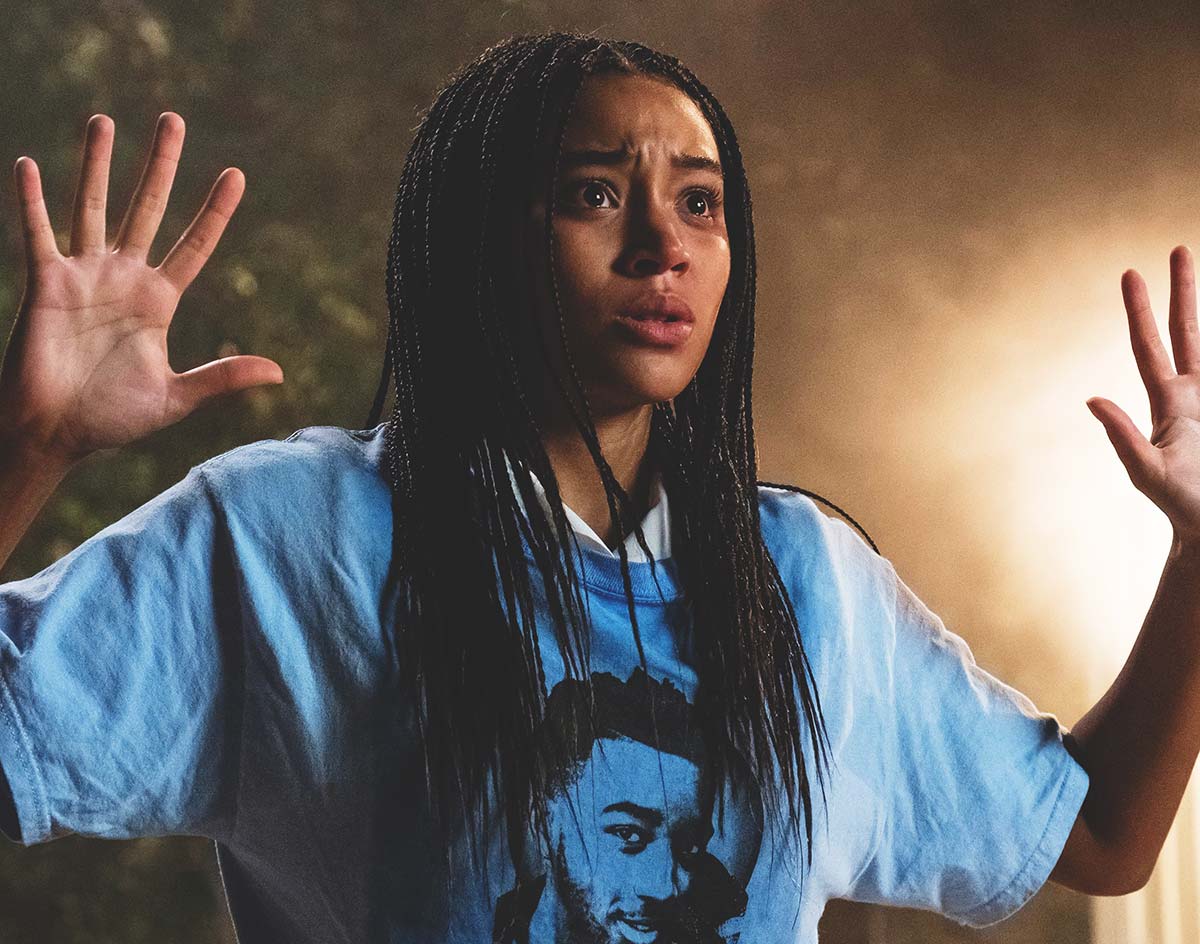 Timely And Powerful, The Bobby Sessions-Soundtracked, Police Brutality-Focsed The Hate U Give Is Essential Viewing — Especially For Your White Friends.

The Hate U Gives starts with “The Talk” — the one I never got from my dad because it wasn’t something he or I ever had to worry about as white men.

But it’s a conversation that nearly every person of color has had to have with their kids, one focused on teaching them how to not just appear respectful but also docile when pulled over by police. Because, as is becoming increasingly clear, any word or action, no matter how innocuous, could be all a cop needs to shoot you dead.

This new film, based on a best-selling 2017 young adult novel of the same name, has a lot to teach its audience — and not just about the disparate treatment minorities get from the police. It’s also instructive on code switching, the school-to-prison pipeline and the stupidity of white people saying things like “All Lives Matter” or “I don’t see color.”

Amandla Sternberg, a long way from her role as Rue in the original Hunger Games film, gives this film one of the best youth performances of the year as Starr, a middle-class black girl navigating the different worlds of her mostly white private school classmates and her mostly black public school friends. She doesn’t feel totally accepted by either group.

That’s an upbringing with which Dallas rapper Bobby Sessions can relate, having grown up in the mostly black Pleasant Grove community before his family moved to a different, an notably all-white, neighborhood Dallas by the time he reached high school. It’s fitting, then, that the Def Jam-signed emcee, whose incredibly impactful recent material tackles police brutality head on, was tasked with contributing the title song to movie the soundtrack that his label handled completely in-house.

Much as was the case with Sessions’ own story, Starr’s tale too takes a turn for the tragic despite her family’s attempts to shield her from some of the world’s harshest realities.

Leaving a party one night, she accepts a ride from her long-time friend Khalil, who is pulled over for a bogus moving violation and then shot by a police officer who misreads a reach for a hairbrush as something far more dangerous. It’s a devastating scene that’s played out with real-life horror. The scene doesn’t need to make the cop an extreme racist — although there is definite racism at play — to get an emotional reaction out of the audience. The moment is plenty potent.

As the only witness to the shooting, Starr faces increasing pressure to testify before a grand jury and go public with her story. But that’s a lot to put on any teenager, let alone one juggling the typical stresses of adolescence and the grief of having to bury her friend so young. In this regard, The Hate U Give also works extremely well as a high school movie, touching on all the typical drama while weaving it into the moving story at the center.

In fact, The Hate U Give is a bit of an overachiever. It’s biggest flaw is its attempt to tackle perhaps too much in one movie. Beyond police brutality, the film also tries to address gang violence in a subplot that feels like a bit of a reach. Anthony Mackie is intimidating enough as the leader of the King’s Lords gang that cripples Starr’s community with drugs and violence, but his presence serves simply as one more contrivance.

Other scenes, like the one in which Starr tells off her white teammate (Sabrina Carpenter) who skips school to protest Khalil’s death while telling her that she’s a “different kind” of black person, are powerful if also a tad histrionic. Same goes for Issa Rae’s cameo as a pushy activist. And a big prom scene that allows Starr’s white boyfriend (K.J. Apa) to learn more about her identity crisis and meet her family. These moments are all instructive, but they feel tangential to the tale at the center of the film. What’s more important? Attempting the respectable but ultimately impossible task of telling an all-encompassing tale of growing up as a black youth in modern America? Or shaving off half an hour from the film’s two-hour-and-12-minute runtime? The Hate U Give chose the former.

Still, while its ending ties up everything in a perhaps too-neat little bow, the film also stands as one of the most powerful and vital films of the year. It’s an essential watch that pairs nicely with this year’s earlier-released Blindspotting. Of those two release, though, The Hate U Give might be the one to finally break through to a wide audience — and an audience that stands to benefit more greatly from its teachings at that.