The Cowboys Left Eli & The G-Men Stunned On Sunday. 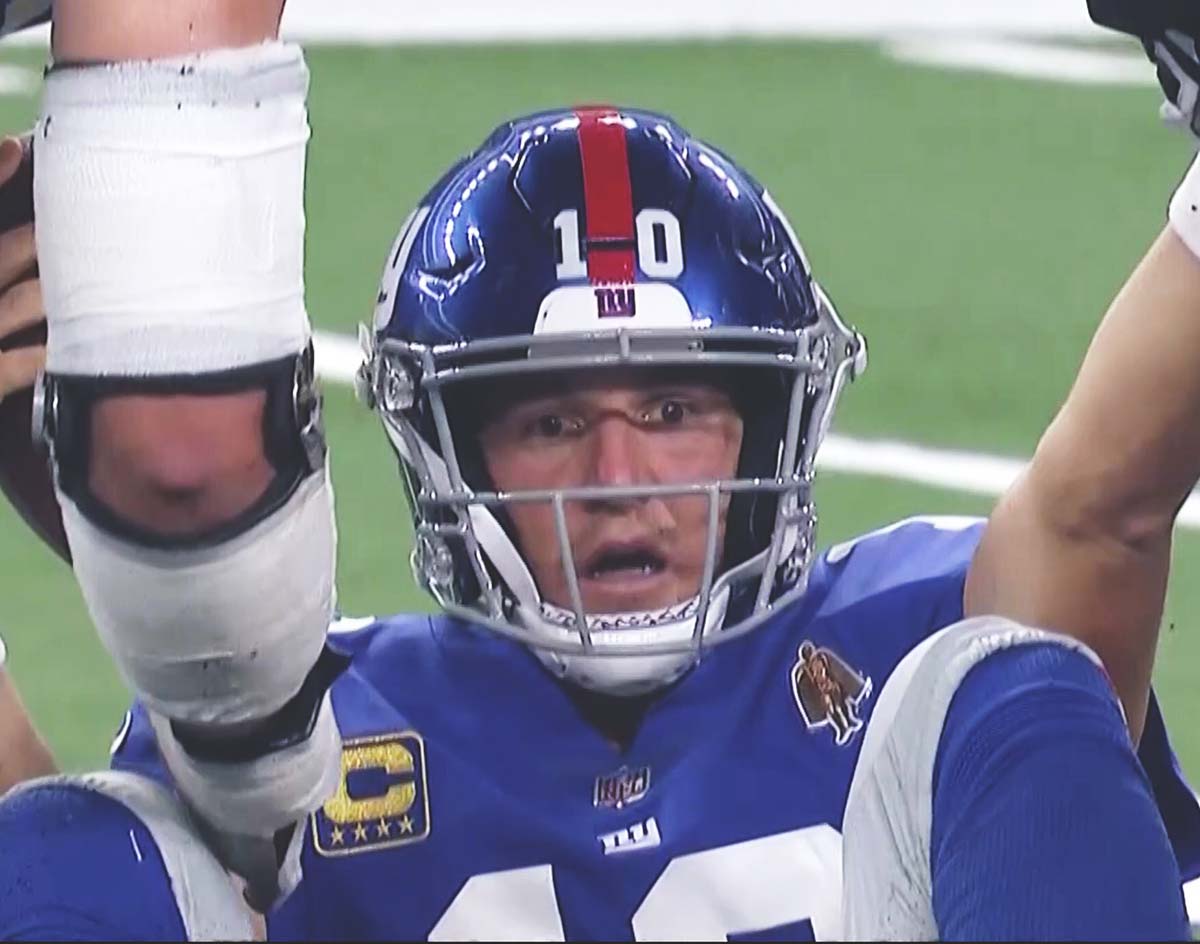 Three Observations From The Dallas Cowboys’ 20-13 Home Opener Win Over The New York Giants: Dak Claps Back, Linehan Hears His Critics and This D Is No Joke.

Well, this much we can say without a doubt: Week 2 went way better than Week 1 went for the 2018 Dallas Cowboys.

Yes, this was a classic bounce-back game for the boys, with quarterback Dak Prescott doing all he could to make up for the dismal display of quarterbacking he offered to start off the season.

Yeah, the guy played like he had something to prove on Sunday night. But so too did a lot of Cowboys, actually, as the team welcomed its NFC East division rival New York Giants to AT&T Stadium for a nationally broadcast game on NBC’s Sunday Night Football.

Was it a much more exciting game that Week 1’s effort against the Carolina Panthers? Maybe not substantially so, if looked at objectively. But, from the Cowboys fan perspective, it was absolutely a more easily digested viewing experience, as the team took the lead early on in the first quarter and never once looked back, besting the Giants 20-13 in the team’s first win of the season.

It’s early in the season, of course, but with a 1-1 record, the Cowboys currently find themselves in a three-way tie atop the NFC East alongside the defending champion Philadelphia Eagles and the retooled Washington Redskins. The Giants, now at 0-2 despite all the excitement surrounding their new and shiny rookie weapon in their offensive backfield, site alone in last place.

Is it possible that things maybe aren’t as bad as we once thought? Maybe! But one win does not a season make.

Still, yesterday’s Cowboys effort was encouraging for a number of reasons. That in mind, here are my three main observations from Sunday night’s win.

Dakota Rayne Prescott plays best when he has a chip on his shoulder. The Cowboys got off to a good start on Sunday night — and, in a surprise twist, it was thanks to Prescott showing off his arm. It’s like the guy heard all the smack being talked on local sports radio and read all the criticisms lobbed his way on social media this last week. On the very first drive of the game, he and new wide receiver Tavon Austin connected on a 64-yard touchdown that pretty much looked designed to shut up anyone who had spent the week saying that the Cowboys QB was scared to stretch the field. He continued to go deep throughout the rest of this game, too — and maybe to a fault. At least once, we caught Prescott missing a wide open Cole Beasley cutting across the field on a short route because his eyes were locked onto some well-covered downfield options. Listen, a win’s a win and Prescott deserves credit for leading the Cowboys to this W. But Prescott only put up 160 passing yards on this Giants team, and that kind of effort just won’t beat most NFL teams.

Offensive coordinator Scott Linehan hears the public’s criticisms of his play-calling. Oh, you wanted to see some more creative plays on the offensive side of the ball? Well, you got ’em! At least early in the first half, anyway. In the first 30 minutes of the game, the Cowboys lined up in some saw crazy formations and sprinkled in a slew of run-pass option plays. Maybe he and Dak inspired one another by sharing with one another the disparaging tweets they caught the public writing about them? Hey, whatever it takes! It was just good to see the Cowboys trying out new things in a game setting. But the team’s gotta keep pushing these boundaries: Defenses are still stacking the box, expecting the Cowboys to hand the ball off to Ezekiel Elliott more often than not. As a result, Zeke still hasn’t eclipsed 100 yards rushing yet this season — although his 78-yard effort last night wasn’t necessarily too shabby. My point is, this offense still has a ways to go. What the team showcased against the Giants was definitely a step in the right direction, though. Here’s hoping we see more steps along these lines in the coming weeks.

This defense has officially arrived. There’s still some room for improvement on the defensive side of the ball, but you won’t catch me complaining about DeMarcus Lawrence and company after they collected six sacks on Eli Manning and held stud first-round running back draft pick Saquon Barkley to just 28 rushing yards last night. Looks like defensive coordinator Rod Marinelli and secondary coach Kris Richard were right, too, to move Byron Jones to cornerback. That position switch could go down as one of the best decisions this coaching staff has made in years. And even as second-year safety Xavier Woods remains sidelined, Kavon Frazier continues to play well in his absence, scoring a sack on the night. Sean Lee, meanwhile, looks like the beast he always does when healthy. That’s why we’re going to be keeping a close watch on him in the coming weeks: He sat on the sideline for a few plays in the fourth quarter. Word is he’s going to be fine, though. And so long as he is, we can expect this defense to represent a formidable challenge for all comers throughout the remainder of the season.

Next week, the Cowboys head to the Pacific Northwest to take on the Seattle Seahawks in an afternoon game on FOX. The game will be a homecoming of sorts for Cowboys assistant Richard, so look for his secondary unit to have some tricks up its sleeve come kickoff.

Want more of Paris’ thoughts on the Cowboys? Check out the Any Given Monday podcast he co-hosts.