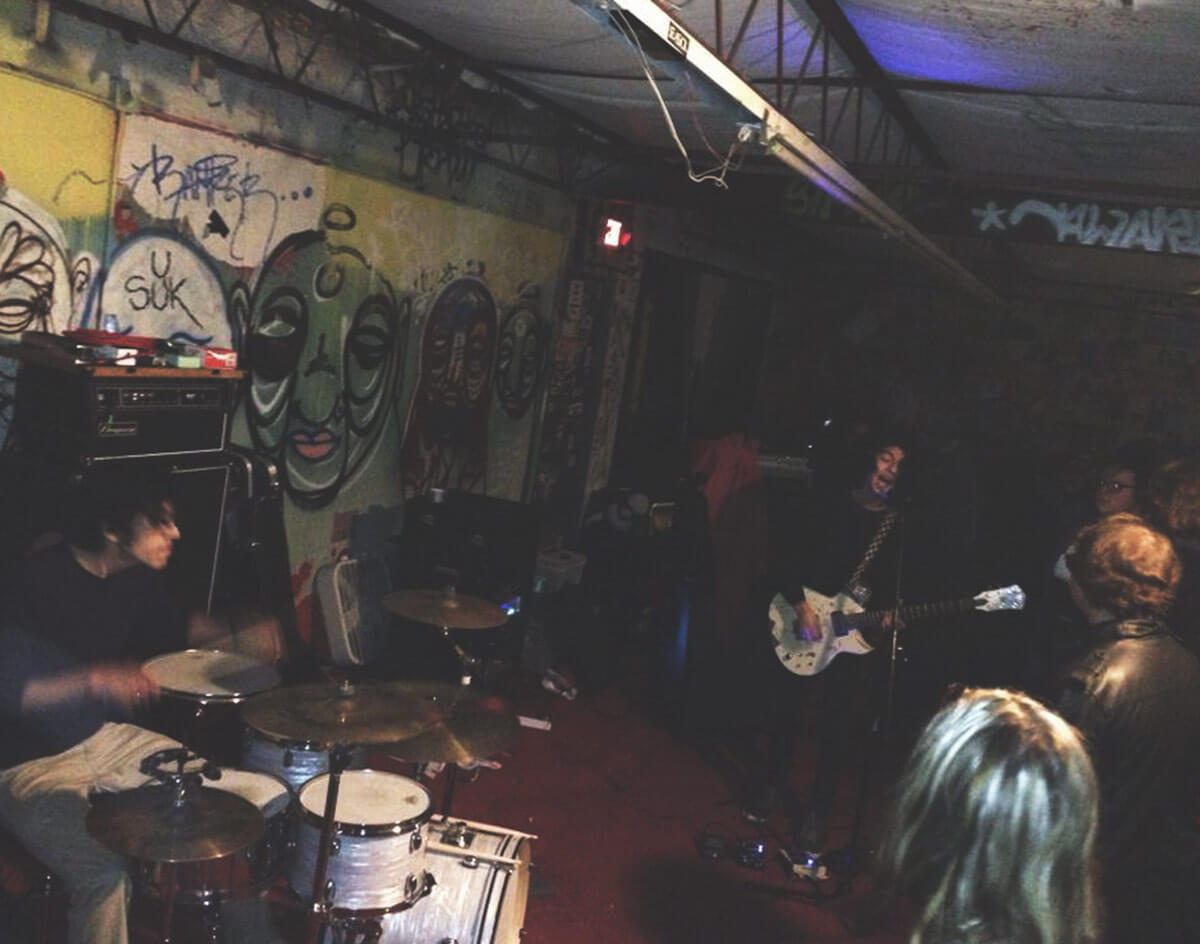 After A Stressful Couple Of Weeks, The Future Of Fort Worth DIY Space 1919 Hemphill Finally Looks Safe.

And, in fact, there’s a reason for his suddenly cheery disposition. After spending the second half of December of fighting to keep 1919 Hemphill, the Fort Worth DIY concert and gathering space at which he volunteers, from seeing its doors shut down through the nefarious efforts of some far-right 4Chan trolls, it’s looking like his space might come out of this battle relatively unscathed. It might even emerge better than ever, if things continue along as they have.

That’s because, throughout this struggle, every time a hurdle has presented itself to Cotter and Al Rios, another 1919 Hemphill volunteer, they’ve somehow been able to clear it.

Really, they’re surprised as anyone else is. But the proof is in the pudding.

After a letter from the City of Fort Worth was tacked to their spaces door, alerting 1919 Hemphill that it would be shut down until it received a certificate of occupancy that allowed the space to host assemblies so it can continue throwing shows and serving as a safe haven for its all-ages crowds, the volunteer team behind the space first set out on a fundraising venture. Those funds, volunteers explained, would be used to make the necessarily upgrades to their building’s electrical wiring, plumbing and so on, so that their building could to pass the city’s standards no matter which direction they decided to take with any future C.O. designations for their building. Through two separate fundraising campaigns, they accomplished that goal, raising more than $10,000 in building repair funds.

Then, just this afternoon, they group pulled off a second major feat: They received a letter from the State of Texas approving their request to operate out of their current location as a not-for-profit entity. That win means the space can apply for a C.O. that designates their space as a private community center — or, in other words, a place that can host the kind of assemblies that their previous C.O. designation as a book store couldn’t cover.

Now, they just have a few items left on their check-list. They need file the paperwork on that new C.O., they need to get a inspection from the city to tell them what changes they need to make to their building to receive that certificate, and they need to hire a contractor to come in and make whatever changes are necessary — ones that they believe their raised funds are likely to cover, according to earlier estimates received.

Based off his conversations with city and state officials, with fire marshals and with other building inspectors, Cotter says he thinks 1919 Hemphill could be fully operational — and fully up to code — by some point in February. Then? Well, the sky’s the limit.

“Because of the not-for-profit status, we can even apply for grants now,” Cotter says, a little flabbergasted by the notion. “It’s pretty nuts.”

Rios, who spends his days as a teacher and says he’s been thankful to have had the holidays off from work so he could help focus on ensuring 1919 Hemphill’s future, too seems fairly overwhelmed by the space’s surprising resilience in the face of concerted efforts at trying to shut it down.

“We’re just super appreciative of everyone’s support,” Rios says of the people who’ve donated to the cause and who have reached out to offer advice. “They’ve made this whole process amazing.”

Specifically, Rios and Cotter say they’ve been particularly floored by how willing some business groups and neighborhood associations such as the Hemphill Corridor Task Force and Near Southside, Inc., have been to 1919 Hemphill’s efforts.

“We never really knew that we were as welcomed by the City of Fort Worth as we are until this happened,” Rios says. “We’ve just always kind of had an air of skepticism when it came to the way we were viewed by the city. So all of that support has been incredible, too.”

It’s been that outside help, Cotter and Rios agree, that’s gotten them to the point where they’re starting to see a light at the end of the tunnel, and perhaps an end to the struggles they’ve faced at the hands of their anonymous internet attackers. Of course, there are still more fundraisers being planned, more paperwork to be completed and other challenges to be faced. But it’s all adding up to a good start at this point.

“I’m very optimistic,” Rios says of 1919 Hemphill’s future. “We still have a lot of work to do, and it’s definitely not over yet, but it now all seems doable. I foresee only positivity coming from our future interactions with Fort Worth.”

“The first steps are done,” he says, breathing a sigh of relief. “And now we’re ready for anything else.”