Things To Do In Dallas On Thursday, July 26. 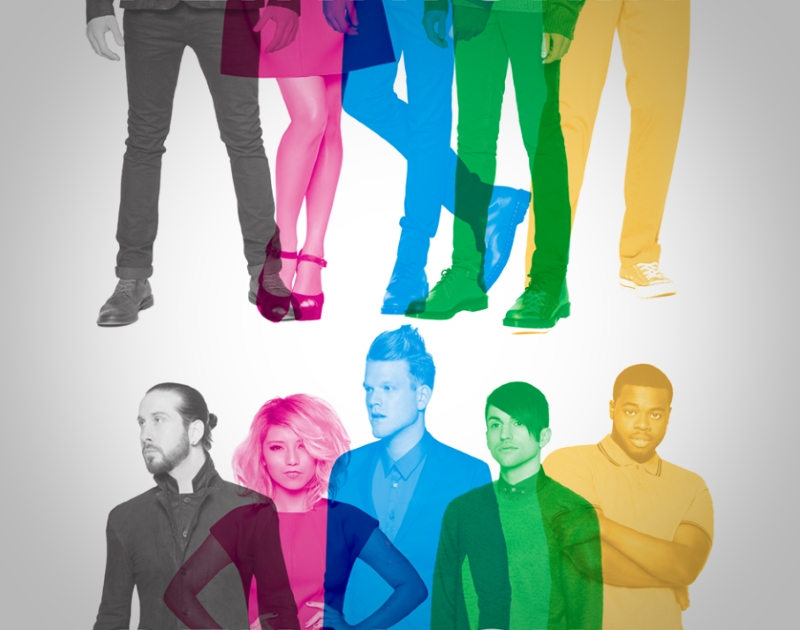 Ditch the Band With Pentatonix, Rustle Up Some Cattle With Corb Lund, Wine Down With Chef Nathan Tate or Tell Us a Story at Dallas Comedy House.

It is hot outside, which makes it tempting – and kind of necessary, tbh – to carry a water bottle around with you. But if you do that, just make sure not to leave it in your car. A thing that has been happening lately is cars have been catching on fire because of that whole magnifying the sun’s rays thing.

Also because of that heat it can be tempting to stay at home, lounging near your open refrigerator door while wearing nothing but your skivvies. This is also not a good idea. No, you won’t catch fire, but you will miss out on lots of goodness going on around town. — Cory Graves

Pentatonix at Dos Equis Pavilion
Lest we forget, the mostly Arlington-sprung a capella group Pentatonix, spun its victorious run on the NBC singing competition show The Sing-Off into a Grammy win – and also some bona fide YouTube fame. Their channel has amassed over 15 million subscribers and a jaw-dropping 3 billion total views. That’s, like, a lot. — Allie Williamson

Corb Lund at Shipping & Receiving Bar
Lest his refreshingly traditional approach to country music fool you, this dude hails from up north. Like, way up north. Like, all the way to Canada. Still, he’s as authentic as they come. He even grew up on a ranch and stuff. — CG

Conception Art Show at Community Beer Company
Cutting out the middleman and letting you buy art straight from the artists — and ones that have been hand selected to participate because they’re stock is about to skyrocket to boot. — CG

Sandlot Theme Night at Globe Life Park
With their pitiful record this year, the Rangers have been killing me, Smalls. But there’s at least one reason to brave the heat for their match-up tonight against the division rival Oakland A’s — it’s Sandlot  night at the ballpark. Among other planned festivities to celebrate the film’s 25th anniversary are the giveaway of a special edition Adrian Beltre baseball that looks as if it has been slimed by The Beast himself. — CG

Marc Rebillet at Common Table
It’s a Thursday night in Uptown, and the beer drinkers lining the bar at The Common Table can’t help but pay attention to the strange little man who’s making all kinds of racket over on one side of the room. At first, they weren’t sure what to make of him. Now that can’t stop looking his way. It’s just that Marc Rebillet is so hard to ignore. For one thing, his body gesticulates wildly behind an array of gear, punctuating every improvised lyric and beat he’s sharing with his increasingly curious audience. Then there’s the content of the song he’s singing in this very instant. He’ll being making it up as he goes along for the last time at this venue before moving away from Dallas. — Javier Fuentes

Kim Richey at Sons of Hermann Hall
The longtime alt-country vet’s recently released eighth studio album finds her in full Petty mode and owning it. Edgeland is one of her more electrifying records to date, both in her choice of instruments and impact. Head over to American Songwriter for a more in-depth review of the project. — CG

Storytelling: Get This Story Jam at Dallas Comedy House (Free)
Some true life tales with a hilarious bent. And if you’re inspired by what you hear, you can always sign up to participate in an upcoming edition of this recurring event here. — CG

Pop-Up Wine Dinner w/ Chef Nathan Tate at Neiman Marcus (The Shops at Willow Bend)
The mind behind the out-of-this-world dishes at Boulevardier and Rapscallion is whipping up a four-course meal, each of which will be paired with a glass of wine from Grapevine’s Sloan & Williams winery. Yum! — CG

Comedy! A Showcase at Noble Rey Brewing Company
Jasmine Ellis, Ralph Barbosa, Arun Ram, Monna and Ky Krebs — a few of which we’ve profiled here — will try to make you laugh so hard craft beer comes out of your nose. — CG

Love Never Dies at Music Hall at Fair Park
Andrew Lloyd Weber could have called his 2010 musical Phantom of the Opera 2: Electric Boogaloo, but he, um, went a classier route. The new (by comparison) Phantom sequel runs through August 5, then it heads over to Fort Worth for a spell. — CG

Asian Film Festival of Dallas at Angelika Film Center
Now in its 17th year, AFFD has grown to become the South’s largest showcase of Asian cinema, and it all winds down with today’s lot of Our Escape (Japan), 3 Feet Ball & Souls (Japan), The Brink (Hong Kong), The Last Verse (Taiwan), Buybust (Philppines) and We Make Antiques! (Japan). For show times and synopsizes hit the link above. — CG

Robert Escobar: Saps, Blackjacks and Slingshots: A History of Forotten Weapons at The Wild Detectives
The Irving-based 1st degree black belt in Shoreikan Goju-ryu has done extensive research putting together this tough book. Ask him about it over coffee. — CG