The 2021 NBA Draft’s Projected Top Pick Is From Arlington. 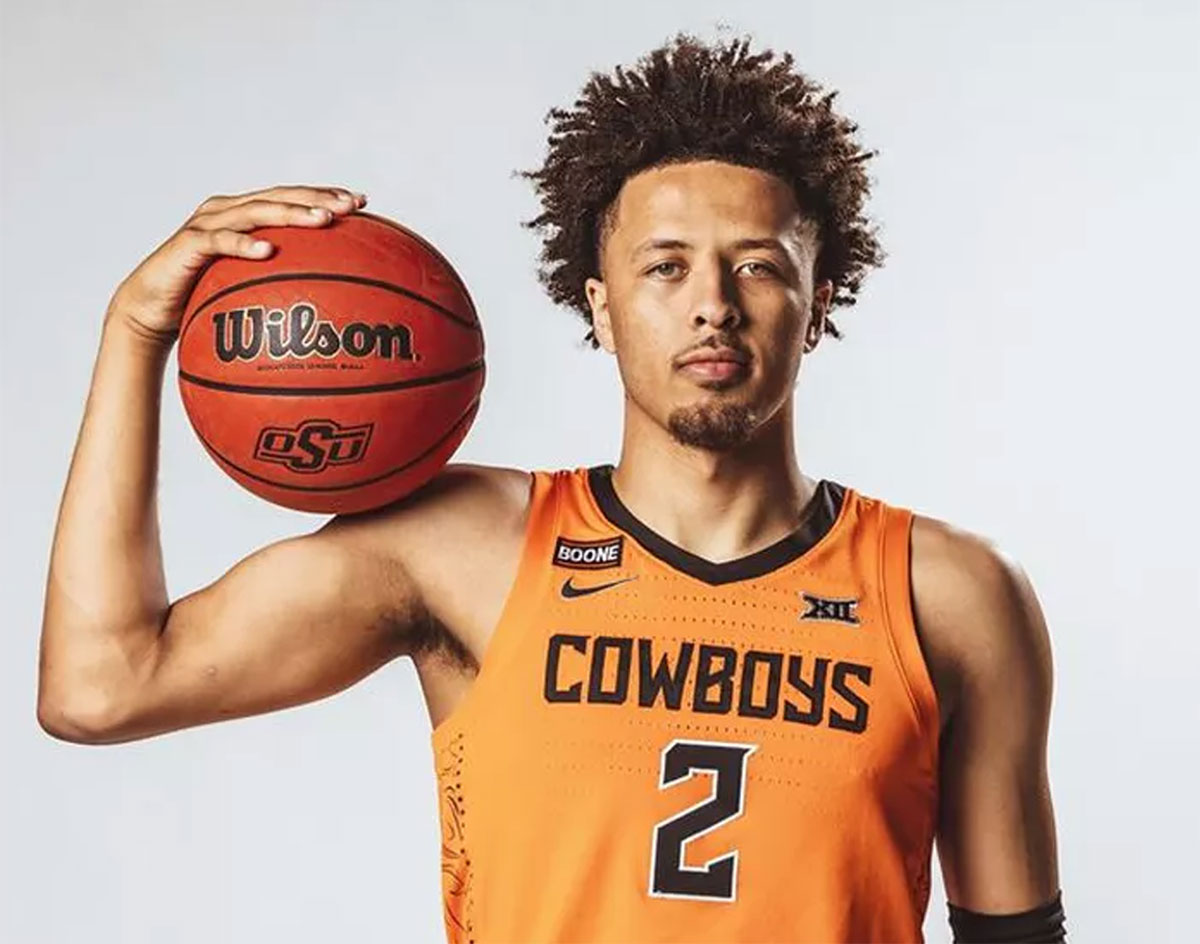 Despite not playing for his hometown team, Cade Cunningham — ESPN’s projected top pick in the 2021 NBA Draft — still got to kick off his college career in his own backyard.

Widely viewed as the top recruit in college basketball heading into this season, the 6’8″ Arlington native played his first game as a freshman for Oklahoma State University. The OSU Cowboys launched their 2020-2021 season with an away game at the University of Texas at Arlington on Wednesday, November 25.

A highly regarded passer who is listed as a point guard despite his large frame, Cunningham posted 21 points, 10 rebounds and three assists in his nationally broadcasted debut contest, which the Cowboys took 75-68 over the Mavericks.

Check out the surefire one-and-done player’s highlights from that game below.

While it’s undoubtedly neat that Cunningham got to kick off his college career in the same city in which he was born and raised, it’s worth noting that his high school career ended elsewhere after kicking off at Arlington’s Bowie High School. Prior to his junior year, Cunningham transferred to Florida’s Montverde Academy, which has in recent years produced such NBA talents as Joel Embiid, Ben Simmons and D’Angelo Russell, among others.

Already named the Big 12’s preseason Freshman of the Year, Cunningham basically had his pick of colleges to play for this year — including blue chip programs like Duke, Kentucky and North Carolina, all of which offered him scholarships.

Instead, Cunningham chose to play ball in Stillwater.

Conveniently, that’s exactly where his older brother Cannen — a former standout basketball player himself at SMU — was hired for a lucrative job over the summer. The elder Cunningham currently works for OSU as an assistant basketball coach on a two-year contract worth $200,000 annually, which… uh… well, is at least in line with industry standard for assistant college basketball salaries!

Notably, the NCAA has banned Oklahoma State from postseason play this year because a previous assistant basketball coach was alleged to have sent bribes to recruits. In other words: Barring a successful (albeit still-pending) appeal, the Cunninghams and their Cowboys won’t be making any March Madness splashes later on this season.

Too bad, we guess.

Anyway, shout out to Aggtown’s own Cade Cunningham — and his older brother Cannen, too!

Update: The NCAA let the Cowboys play in the postseason after an appeal. And Cade showed out!