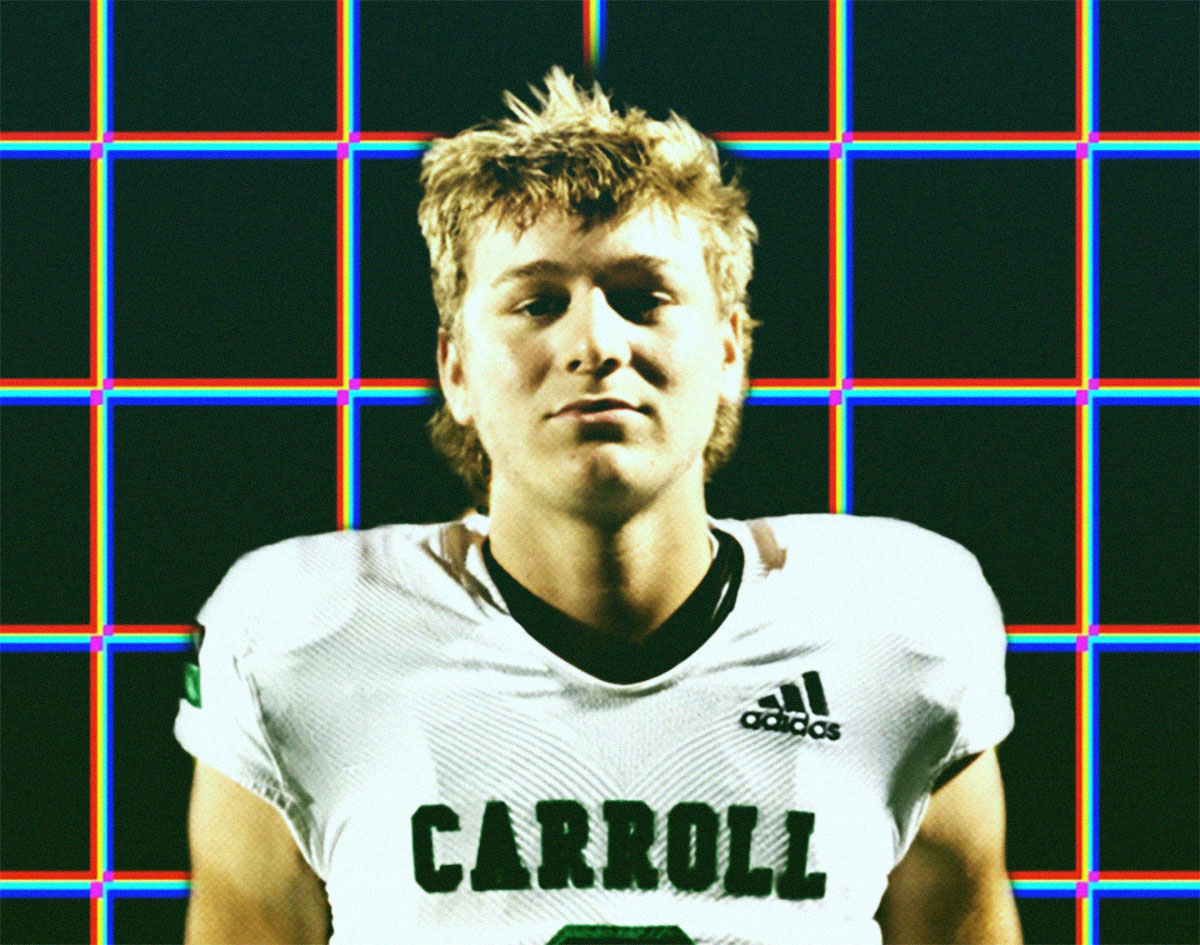 Sophomore Dragons Quarterback Quinn Ewers Was Named The Top High School Football Recruit In The Country, Regardless Of Age Or Position.

The future of college football can be found 25 minutes west of Dallas — or so the pundits say.

Last week, ESPN named Southlake Carroll starting quarterback Quinn Ewers the No. 1 college recruit in all of high school football, regardless of class or position.

The publication also referred to the Class of ’22 stud — who threw 45 touchdowns and more than 4,000 yards while connecting on 72.4% of his passes as a sophomore this past season, his first as a starter — as “the best natural passer in the Lone Star State at a young age since [Arizona Cardinals quarterback, Heisman Trophy winner and former No. 1 overall NFL Draft pick] Kyler Murray.”

That’s high praise indeed — but kind of what comes with the territory when you’re 16 years old, 6-foot-3, 200 pounds and can already throw a football 73 yards in the air.

The MaxPreps HS football Sophomore of the Year can also sling it over 7️⃣3️⃣ yards! @coachrdodge

(For reference, keep in mind that the best passers in the NFL can maybe throw a ball 80 yards without wind assistance.)

Already, college programs are salivating at the thought of Ewers joining their ranks. The recently resurgent (and North Texas recruiting-focused) SMU Mustangs are naturally among the schools to have formally offered Ewers a scholarship already — but, then again, so too has every major college football program in the country.

SEE ALSO: [QUIZ] CAN YOU MATCH THE NORTH TEXAS HIGH SCHOOL WITH ITS MASCOT?

Ewers, for his part, remains uncommitted about his college plans at this time. Instead, he appears to be keeping his eyes locked to finishing high school and leading Southlake Carroll to a a state title in the coming years. That much could very much be in the cards, too: In his first year at the helm of his team’s offense, Ewers led the Dragons to a regional final appearance in which the team almost pulled off a comeback for the ages.

Just know you’re going to be seeing and hearing a whole lot more about this kid over the next few years. And with a cannon like the one he’s got on display in the below highlight reel, it’s easy enough to understand why.