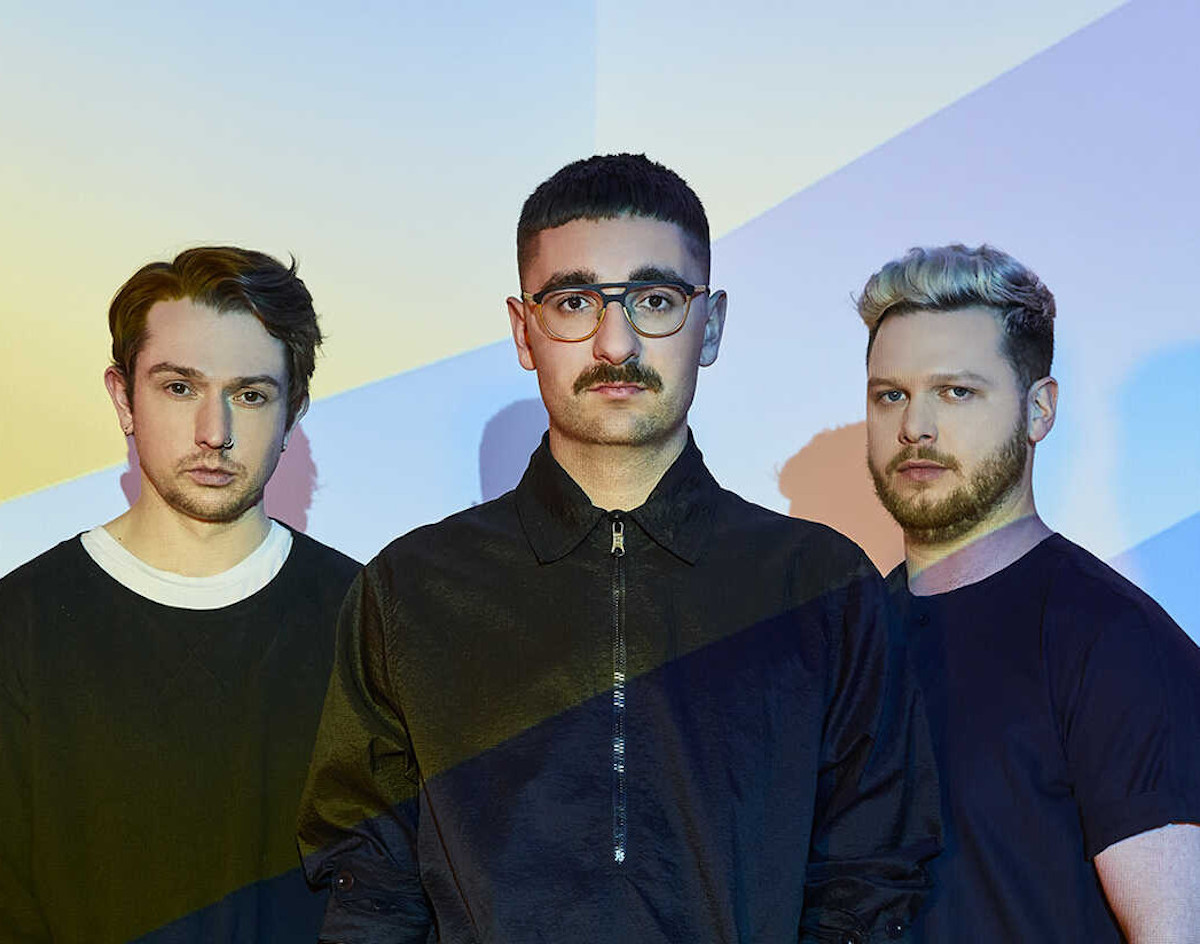 This Week In Dallas, You Can Want Every Other Freckle With Alt-J, Blow In The Wind With Bob Dylan, Be So Kind With Dodie & More.

It’s been pretty impressive to see how Volodymyr Zelensky has been fulfilling his leadership role. The man began as an actor/comedian and is now leading a country through an invasion, suited up in the streets among his fellow Ukrainians. And not to mention his status as a powerful symbol for the history of tenacity of Jewish people in Europe.

His former career as an entertainer gave critics additional ammo to undermine him during his running, but it’s since proved to be his biggest asset. His charisma has taken the world by storm. You’ve probably heard all about his past life as a performer by now (those of us with slavic heritage been knew) as Twitter has been absolutely buzzing with old clips this past week. Sorry if this is old news to you, but we simply have to talk about it.

First off, Zelensky won the first season of the Ukrainian Dancing with the Stars. And yes, there is a clip compilation, thank you for asking.

ICYMI—Zelenskyy won the Ukrainian version of Dancing with the Stars in 2006. Behold, the badass President of Ukraine 🇺🇦 in all his dancing glory… I don’t think there is any world leader who can match @ZelenskyyUa. He is what the world needs right now. pic.twitter.com/8ixT5ZLjyc

The majority of his filmography consists of rom-coms, but we also found a wild (and socially out-dated) historical comedy called Corporal vs Napoleon in which he portrayed Napoleon Bonaparte. Most insane of all, in a twist of fate, he starred in the satirical 2016 series Servant of the People which follows a non- politician who gets elected president of Ukraine. We’re not sure who’s in charge of this simulation, but they have a real knack for storytelling.

And finally, our favorite bit, the MF voiced Paddington Bear for the Ukrainian dub. Icon!

We’ve had our fun, and now we leave you for this week’s lineup of events… And this. — Frances Tingle 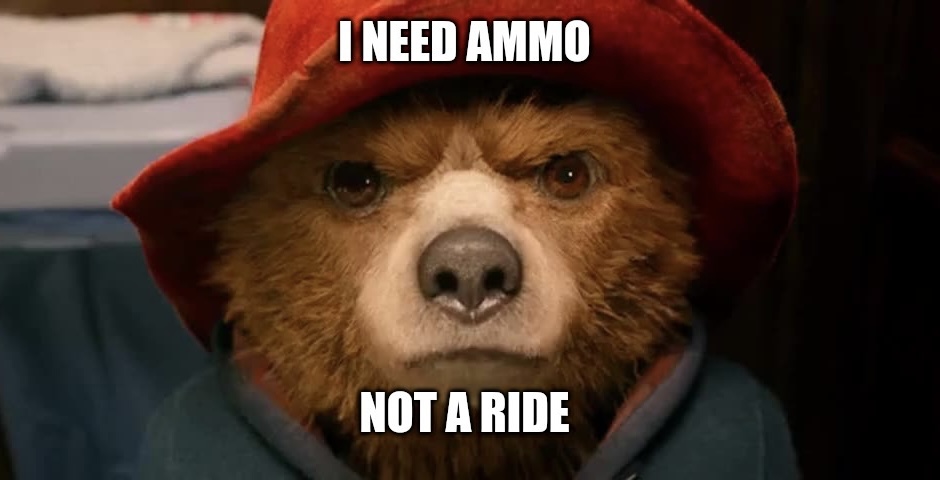 Sarah and The Safe Word at The Post at River East
You’re going to want a safe word for this spooky, queer cabaret rock band from Atlanta. In support is emo act GILT.

alt-j, Portugal. The Man and Sir Chloe at The Factory
For all the wild things, rebels just for kicks and monsters from hell.

Bob Dylan at The Pavilion at Toyota Music Factory
80-year-old Dylan is returning to his rough and rowdy ways.

Elton John at American Airlines Center
We’ve been waiting a long, long time for this post-poned farewell tour but the bitch is back (in Dallas) and you’ll have three chances in North Texas to say goodbye yellow brick road.

dodie at House of Blues
We will not take any indie-ukulele-girl slander here. This YouTube-born singer-songwriter is a star.

Margaret Cho at Addison Improv
For three nights you can catch this powerhouse of an entertainer.

Uncle Toasty Vinyl Release at Lola’s Saloon
Tons of special guests are joining to celebrate the debut EP from this punk rock act. If you can’t make it to Fort Worth, the band’s taking the party to Double Wide on Saturday.

Emo Nite: Celebrating 5 Years in Texas at South Side Music Hall
Whoa, we’ve been celebrating Emo Nite in Texas for 5 years now! Emo Nite Dallas is throwing a space themed night to celebrate all the emo music we’ve danced, sang and cried to for the past 5 years. Here are a few things to expect: special guests, face painting, costume contest, food trucks and prizes for the first 150 people. You’ll also have a chance to win some cool merch and tickets to So What?! Music Festival. So, dress up like aliens or space cadets and get down to this galactic event. – Stephanie Salas-Vega

Drifting on a Memory: A Lowrider Celebration

The lowrider community is celebrating Guadalupe Rosales’ Drifting on a Memory exhibition, the massive lowrider mural at the Dallas Museum of Art’ Concourse. Over 15 lowriders, from local car clubs and Dallas Lowriders, are pulling up to the packed event, including artist Lokey Calderon’s Disco Lady. Test your pinstriping at the Lowrider Community Mural, take photos with an airbrushed backdrop by Shot By Thrive Photo Booth and attend other art activities throughout the day. DJ Pintalabios and DJ Soy Capaz are bringing Latin music and Oak Cliff Collective will be spinning old school bops while you picnic outside. Rosales and Calderon, the artists behind the mural, will also have an artist talk in Horchow Auditorium. — SSV

Cody Canada & The Departed at Granada Theater
Some Texan country-rock fusion for your troubles.

L’heure Verte at Viva’s
History and stripteasing come together in this 18-and-up theatrical play.

Bastards of Soul & Friends: Celebration of Chadwick Murray at The Kessler Theater
The loss of Murray in Sept. 2021 was felt very deeply in the community. Join his band for a special release performance of Corners and a fundraiser for the Murray family, all followed by DJ sets from Luke Sardello and Leo J.

Indie Rock Latin America at Cheapsteaks
After COVID canceled its 2020 showcase, IRLA is finally back and headed to Cheapsteaks. The yearly festival is bringing local, national and international indie Latino bands – some as they head to SXSW. This year catch the lineup with The Tiarras from Austin, Wired Sessions from Chile, Making Movies from Missouri. Performances by Dallas acts Mayta, Dezorah, Cayuga Allstars, The Beckleys and Elkin Pautt will also show what Dallas Latinos are all about. Plus, DJ sets by Beat Rat and Mutemor. – SSV

Haru Nemuri at Three Links
Hailing from Tokyo, Nemuri is known as a “poetry rapper” and mixes styles from J-pop, rap, hard rock and electronica.

Renée Elise Goldsberry at Meyerson Symphony Center
The original, Tony award-winning Angelica Schuyler will be belting Hamilton hits among others, from both Broadway and radio.