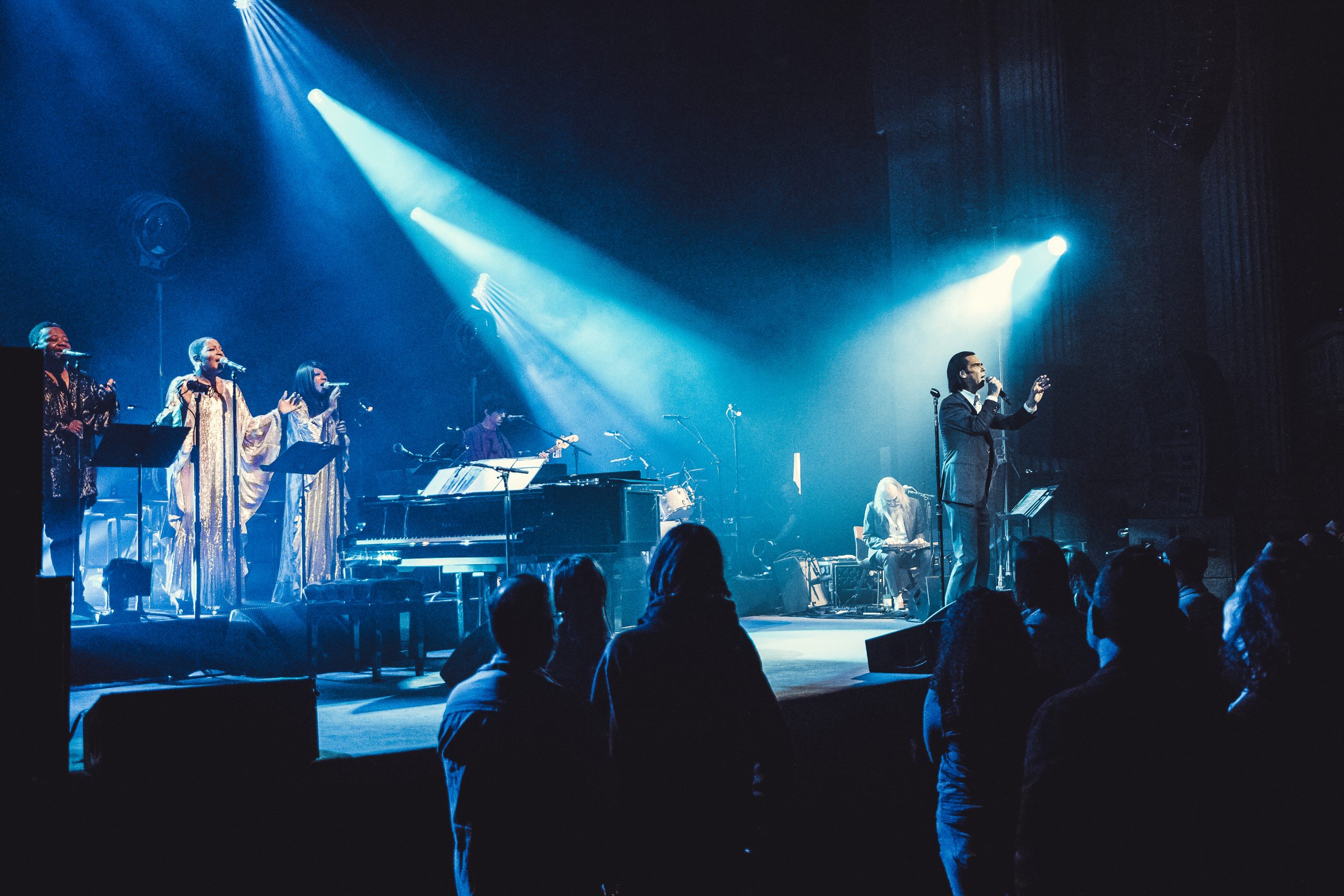 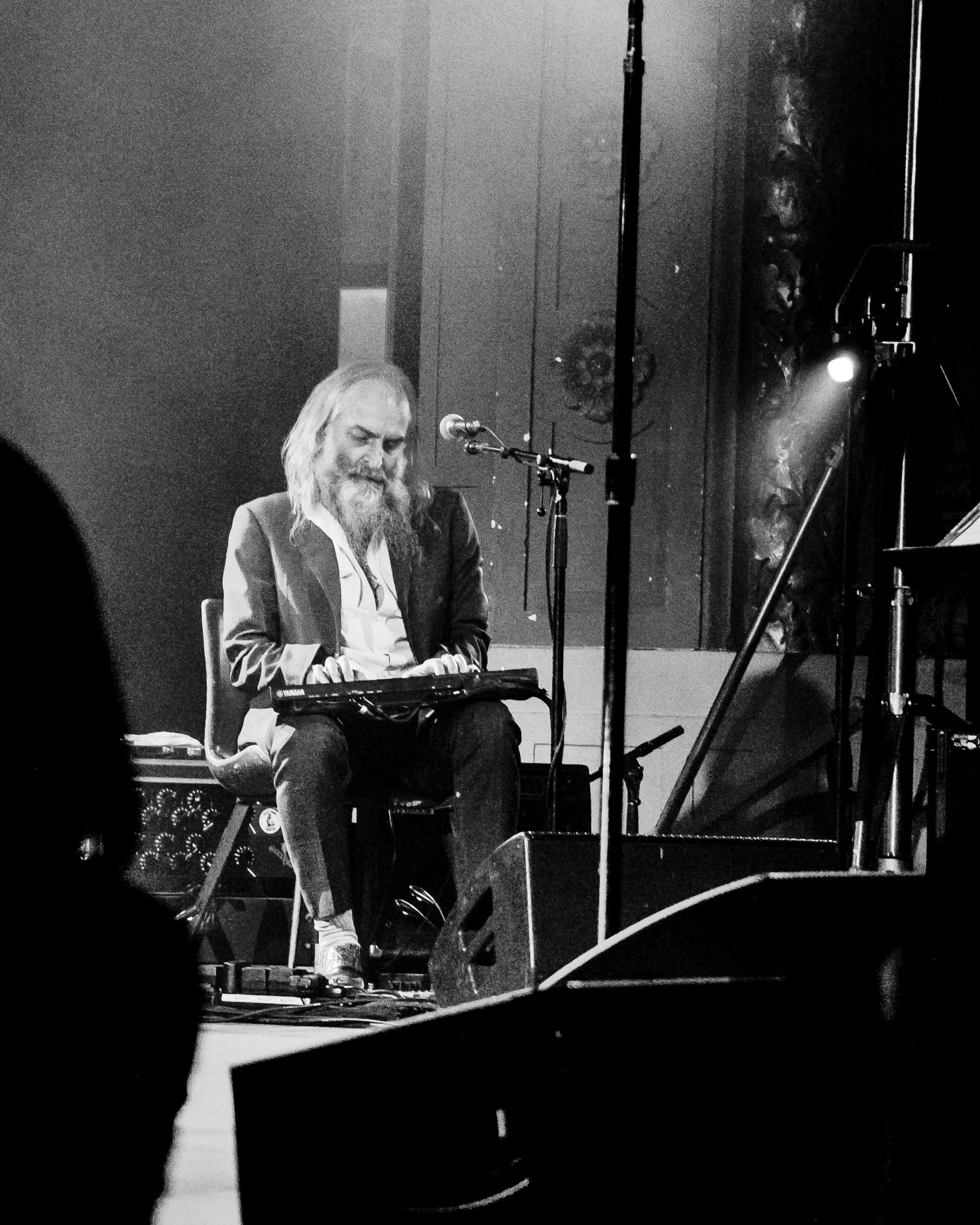 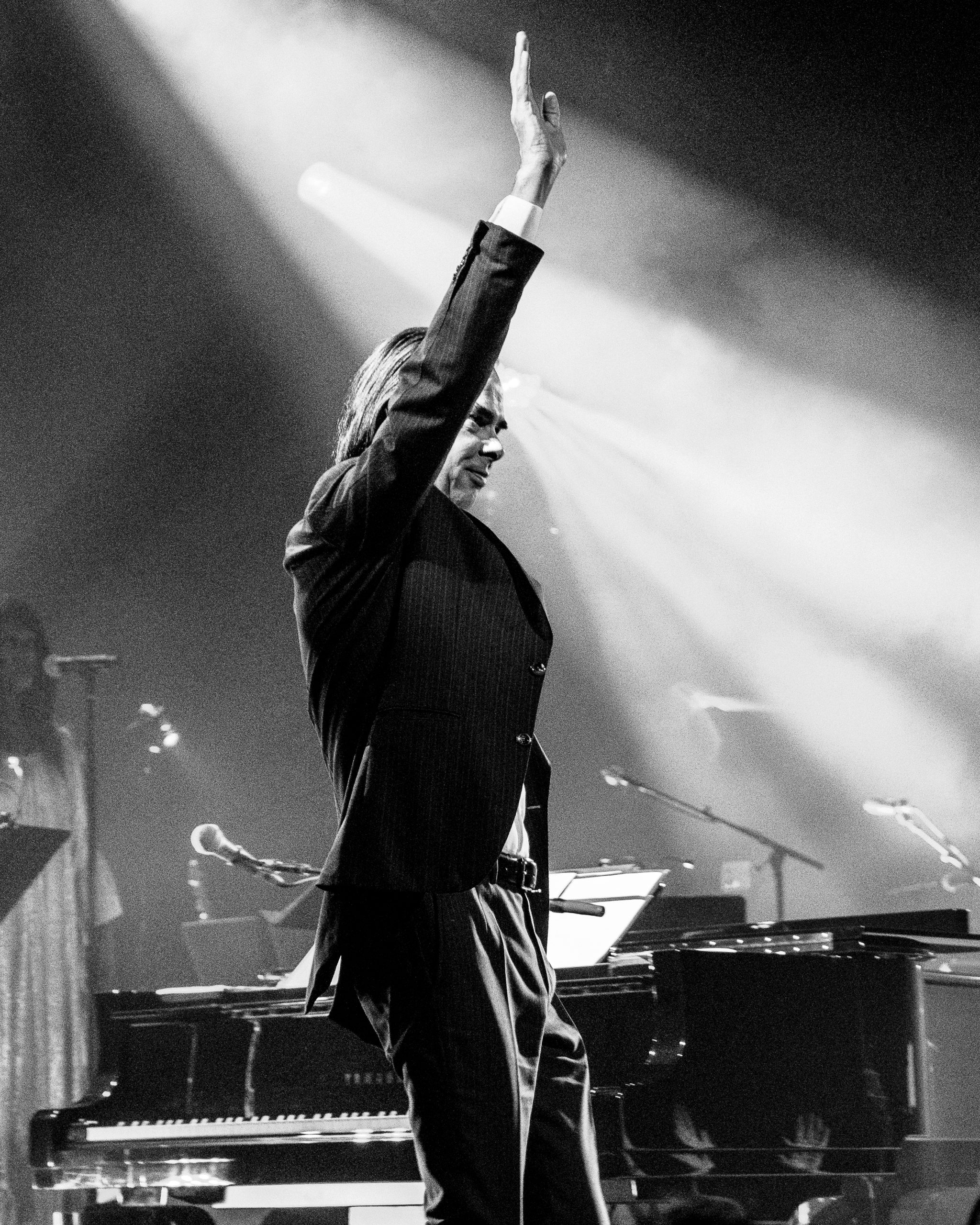 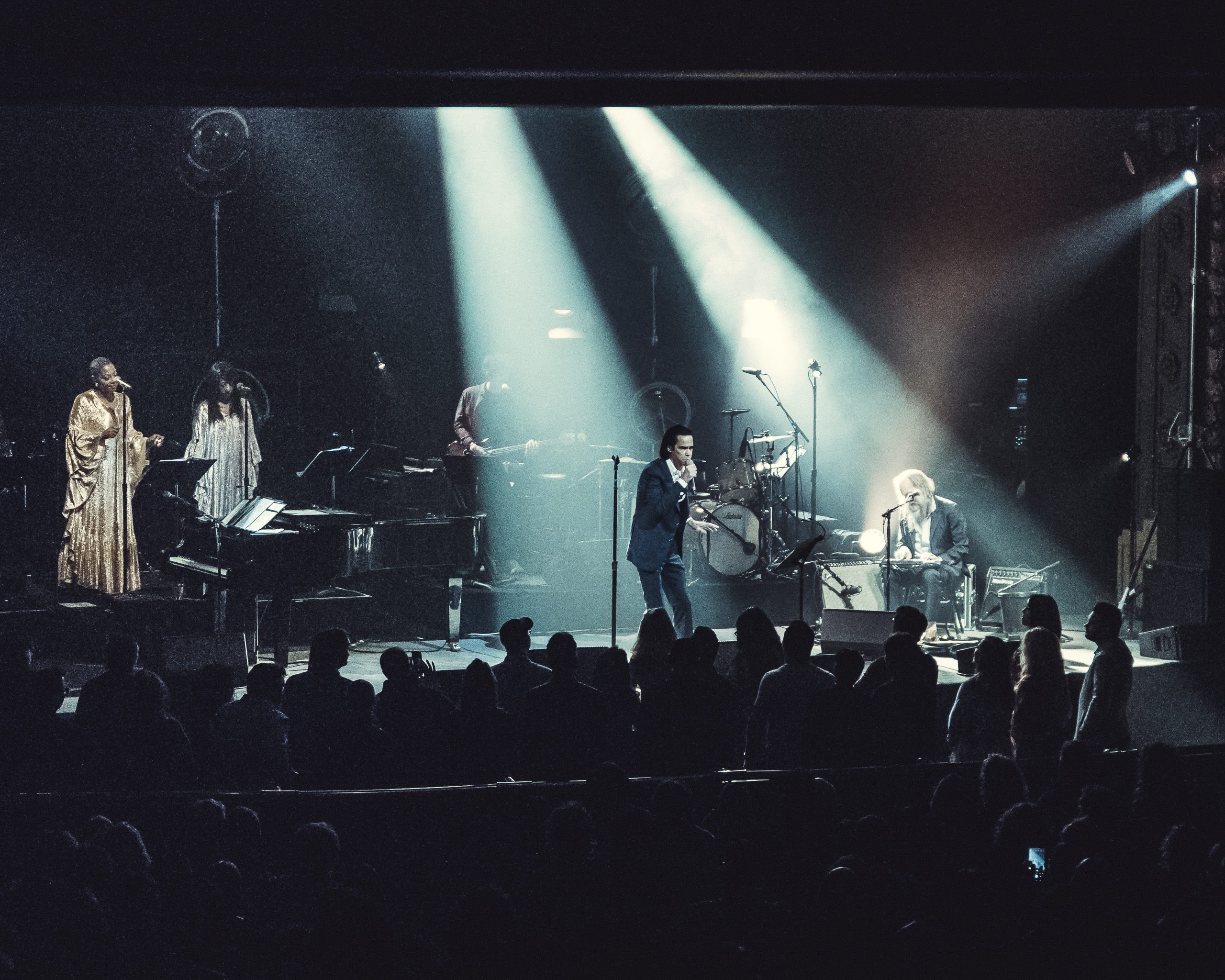 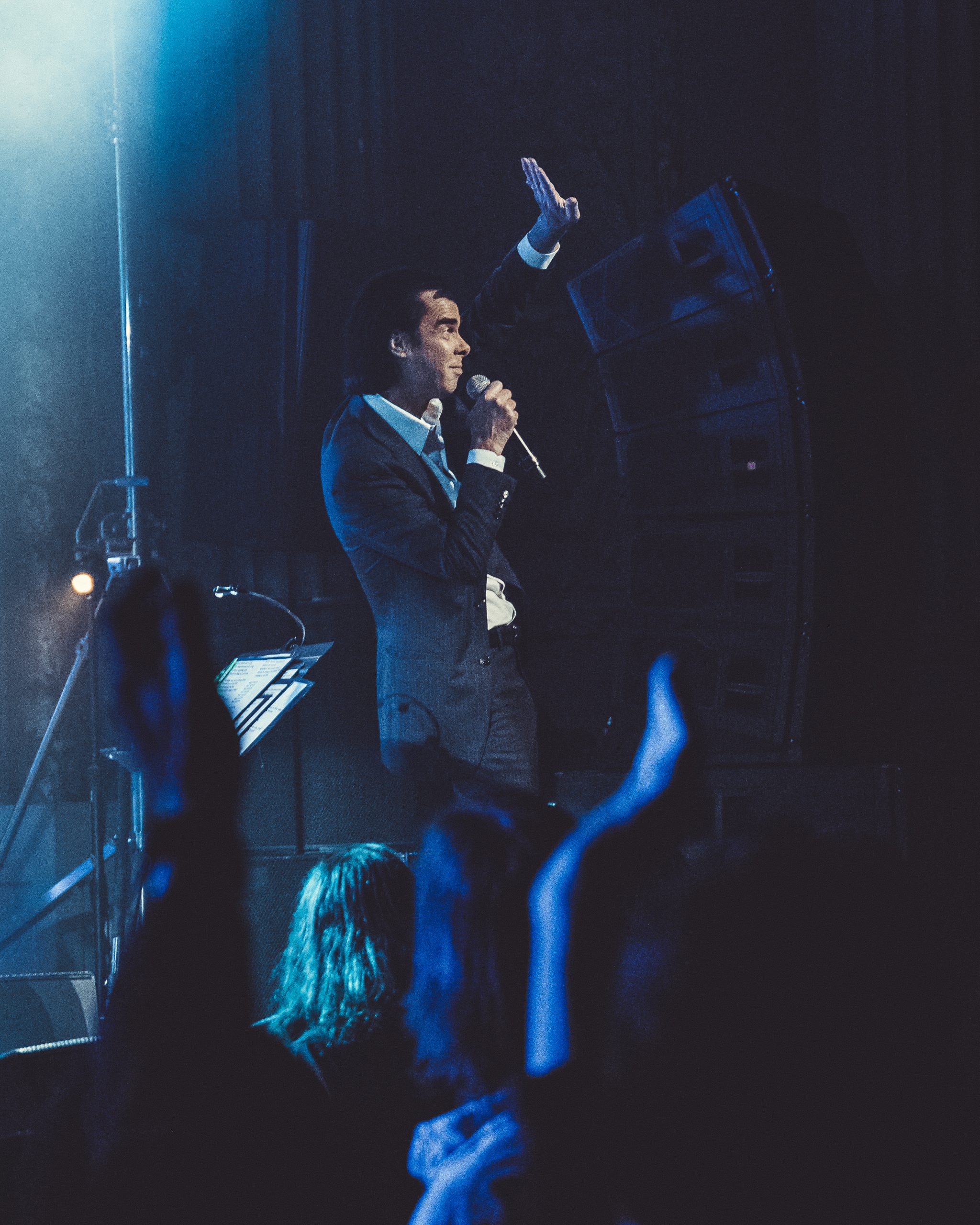 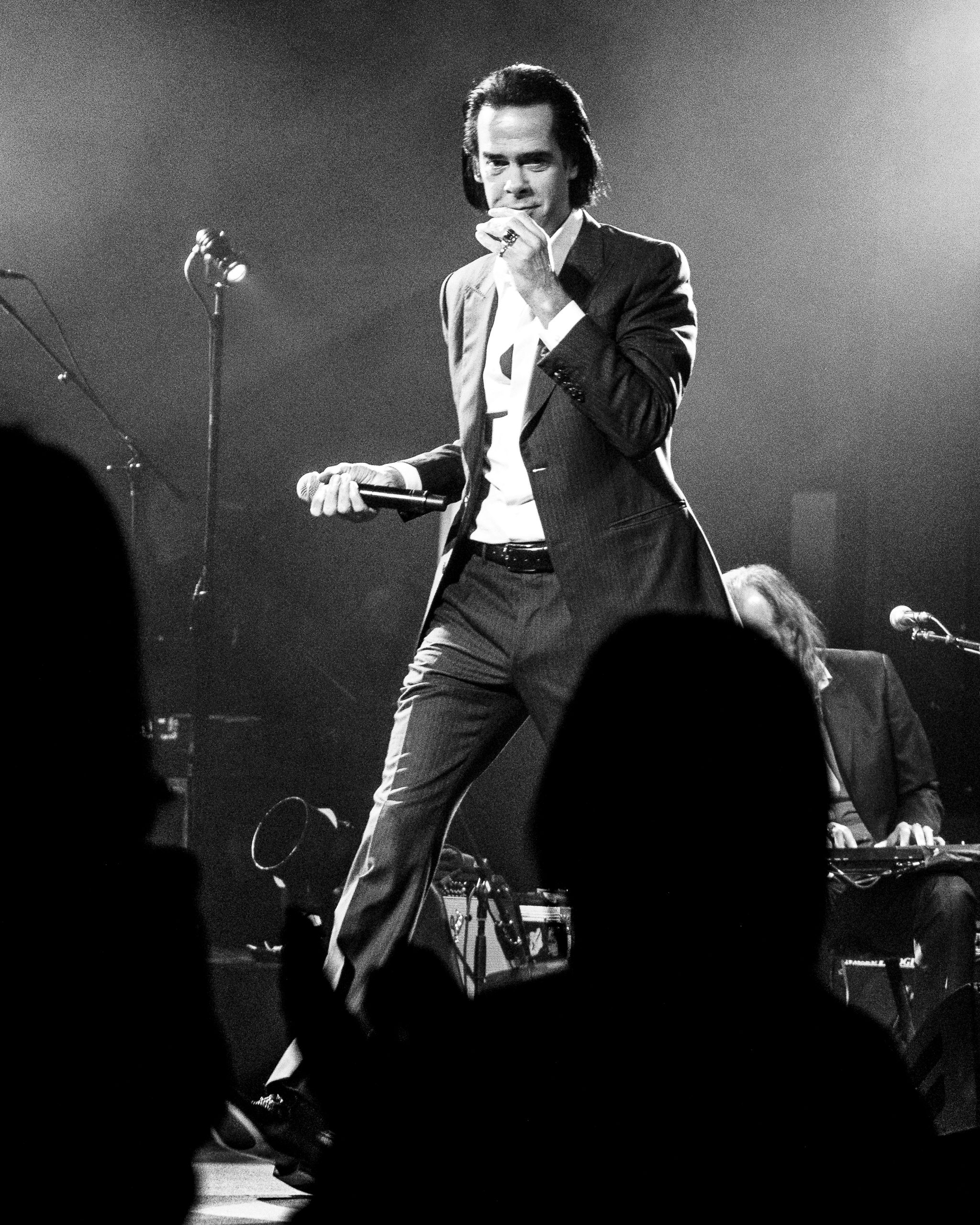 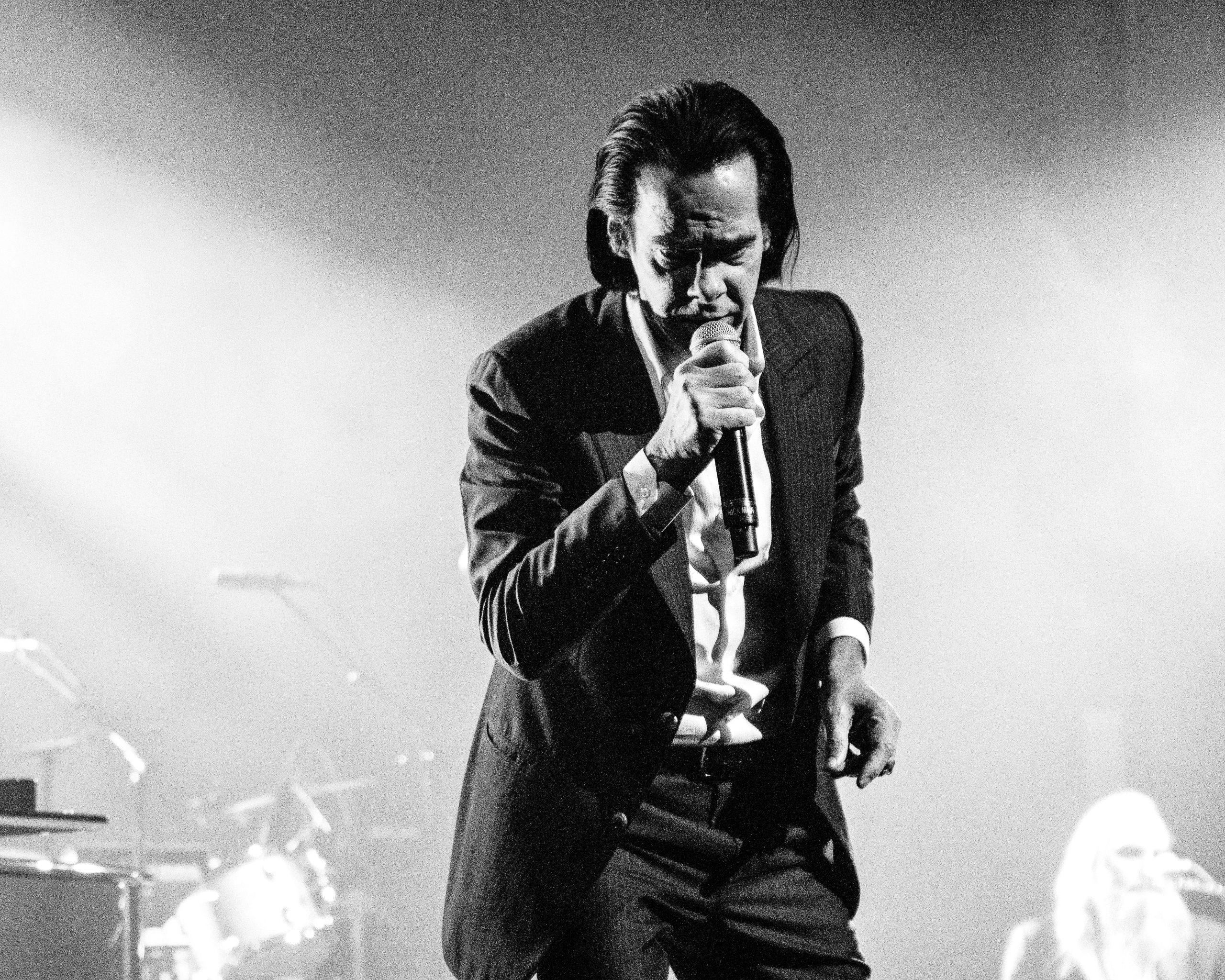 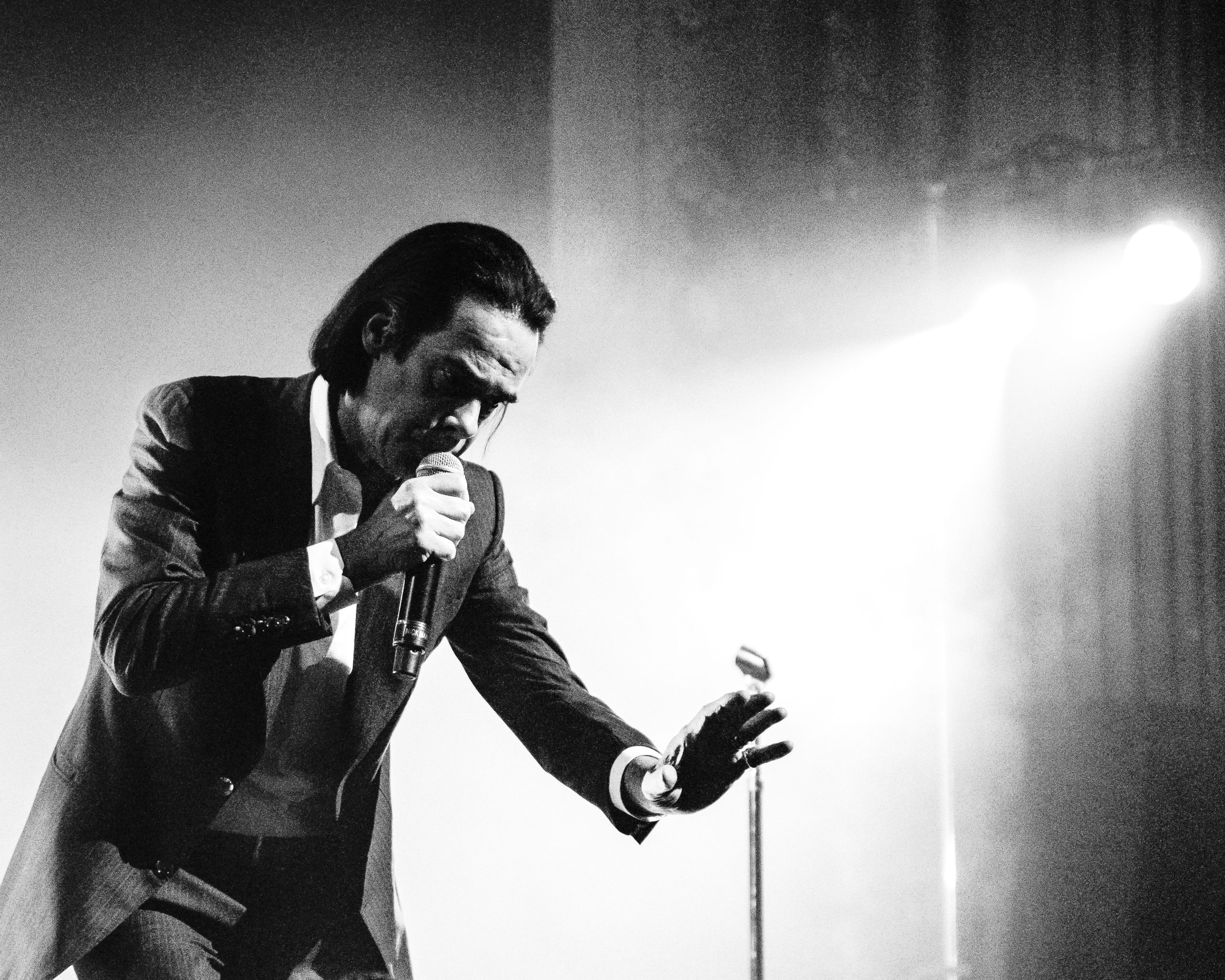 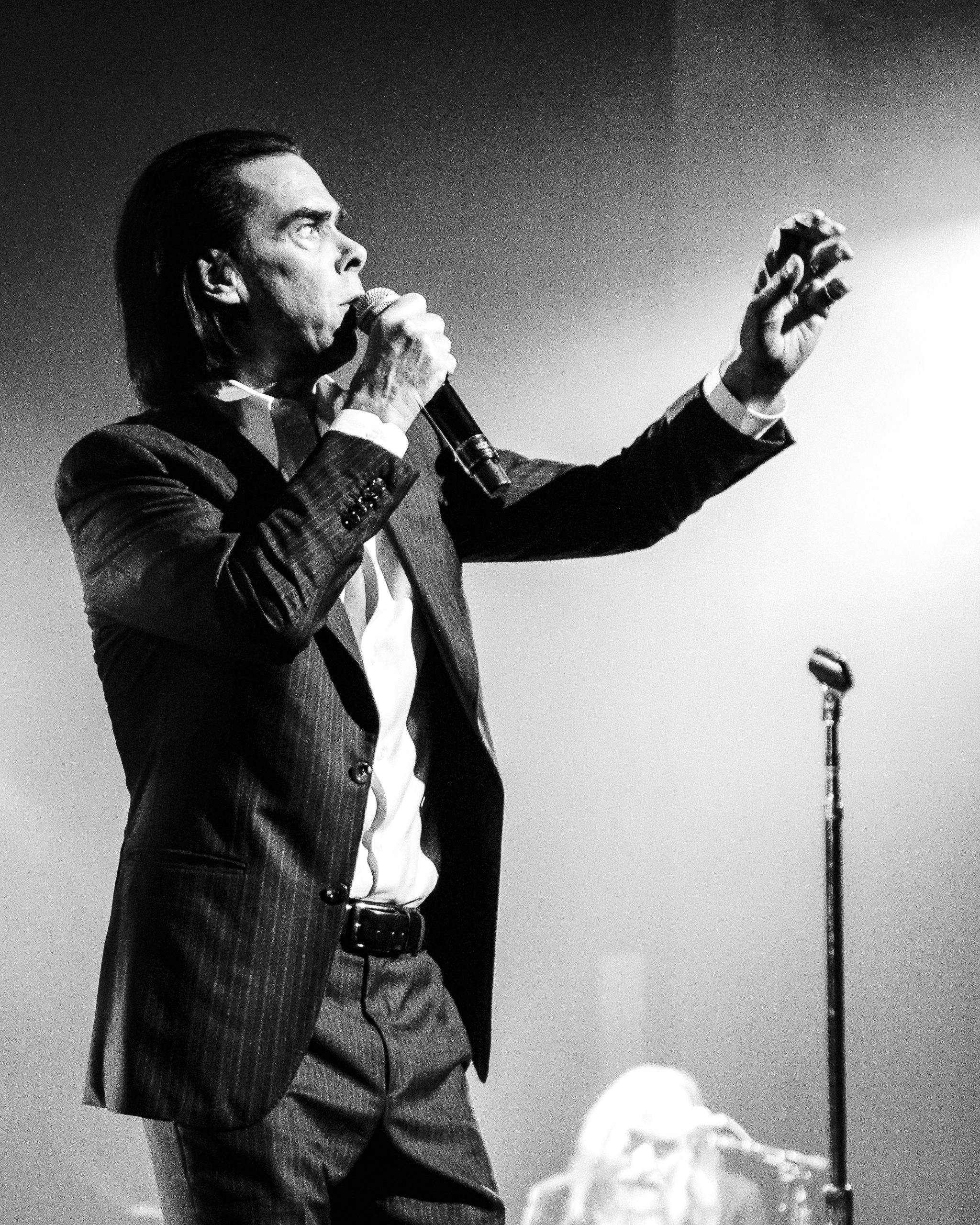 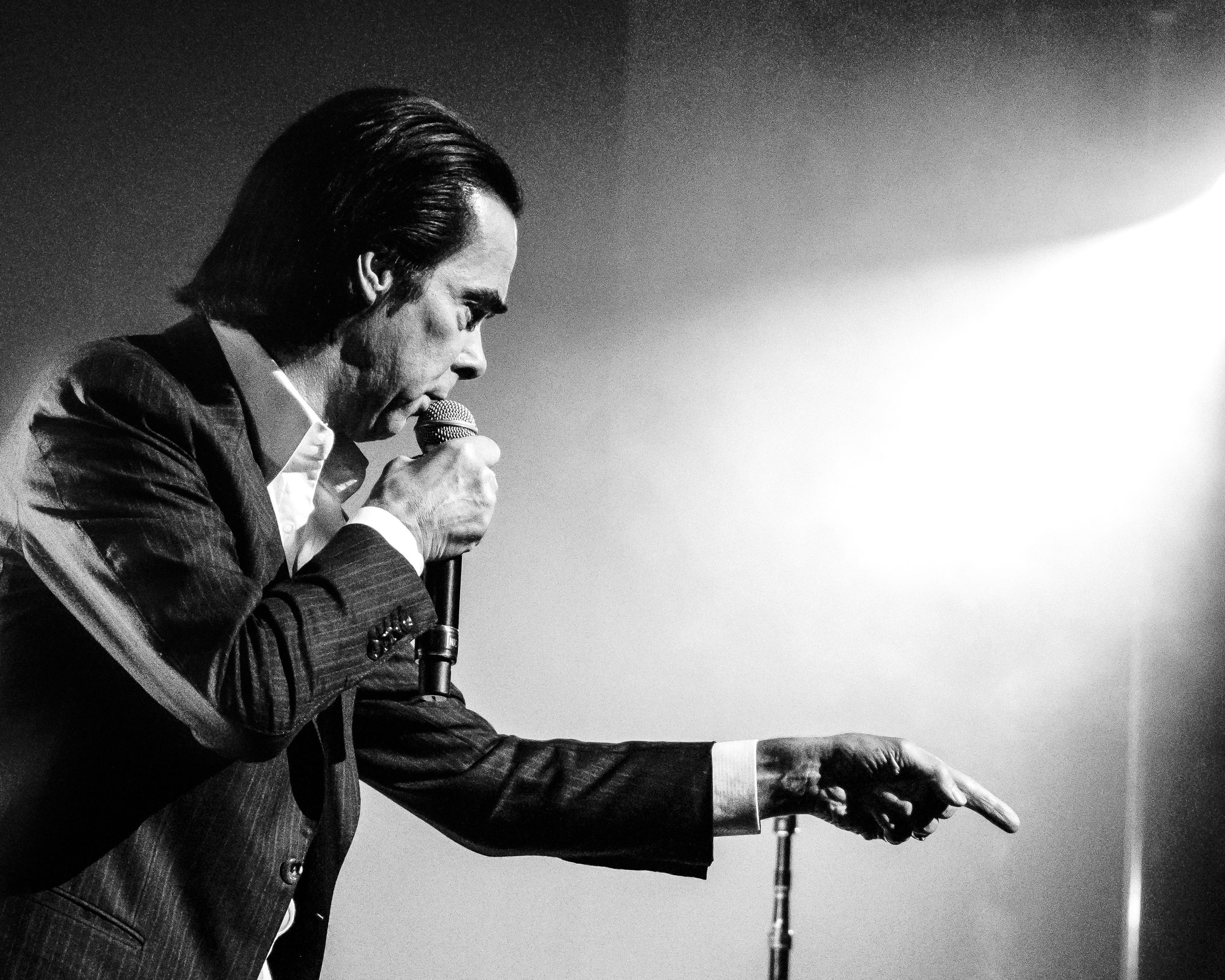 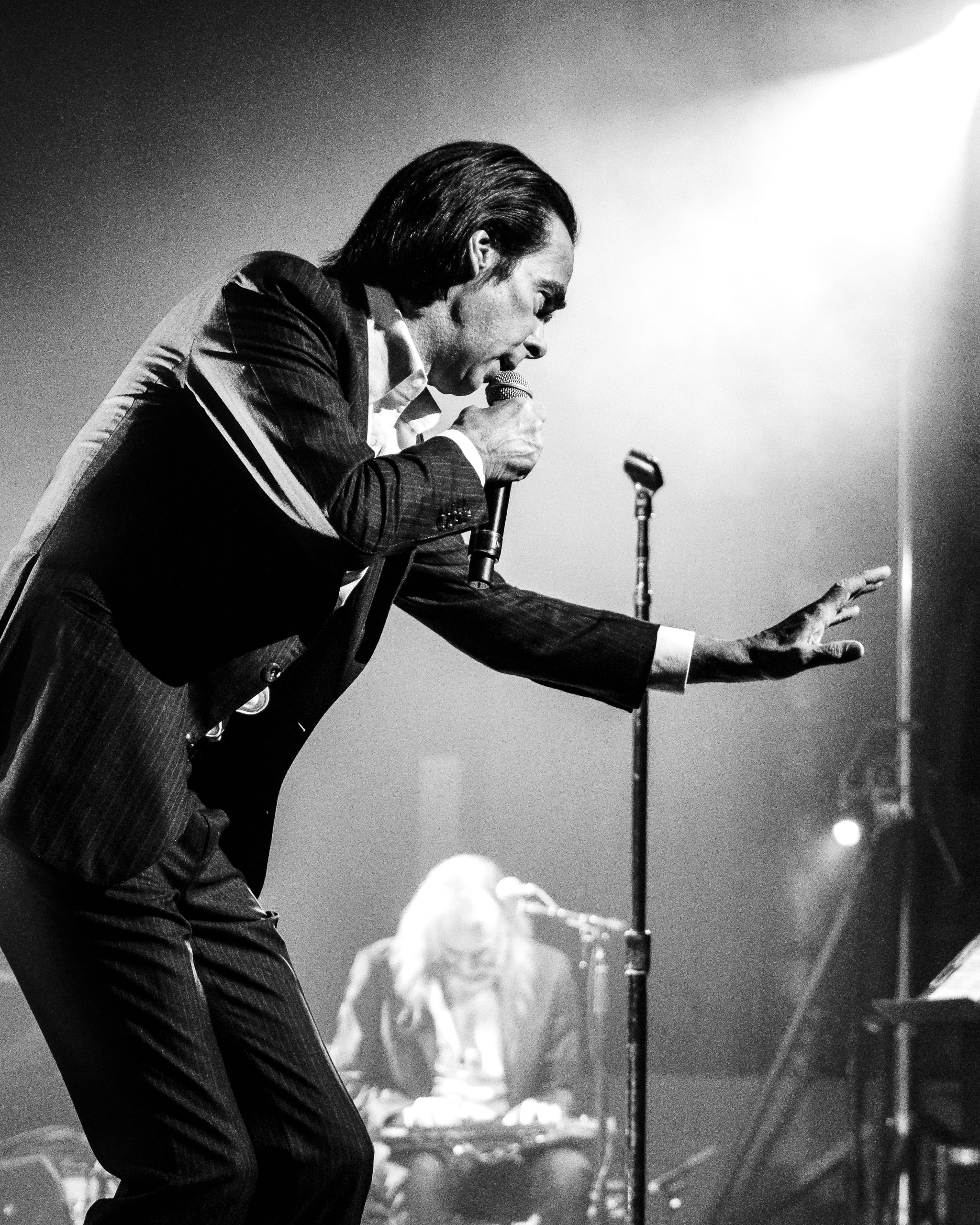 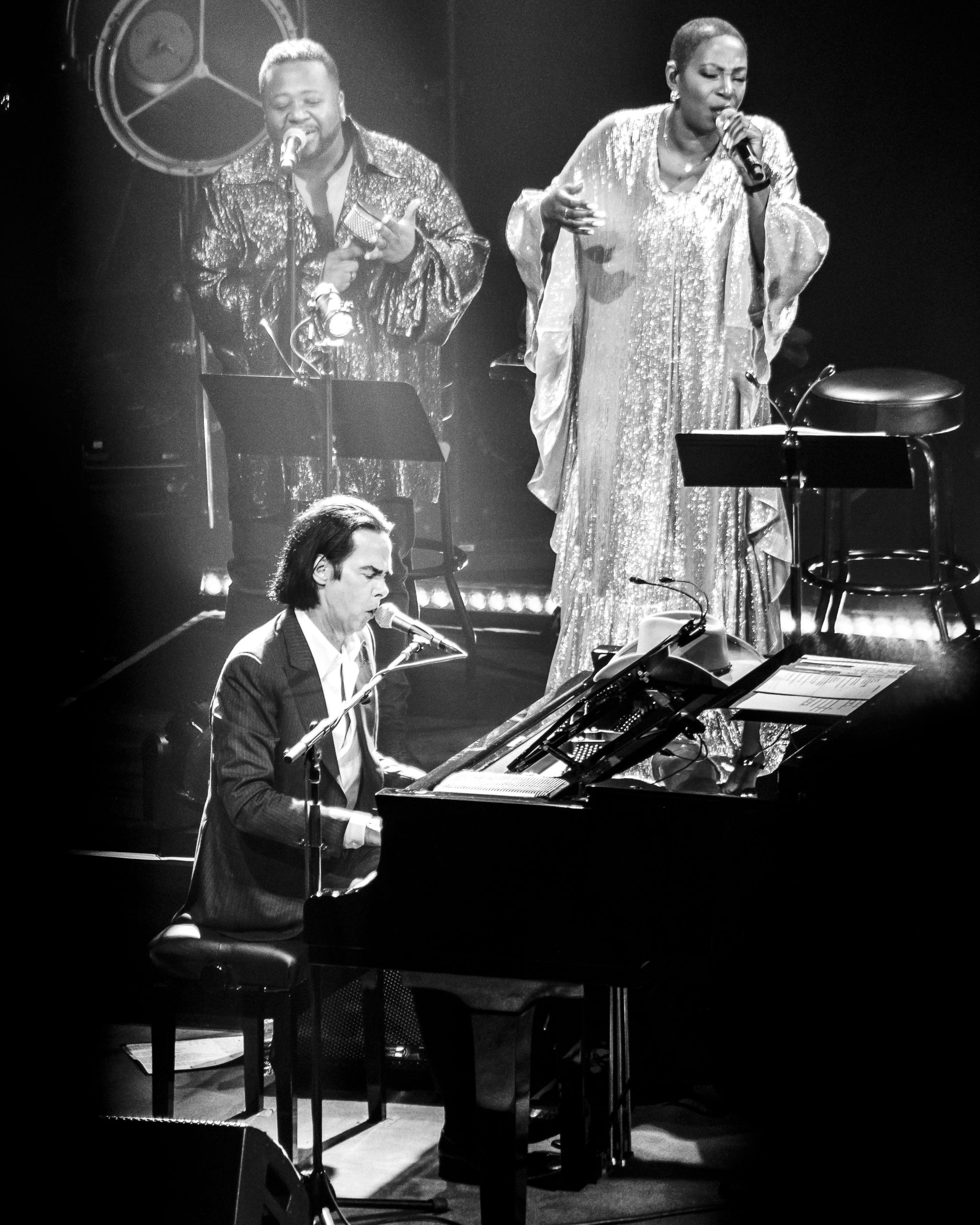 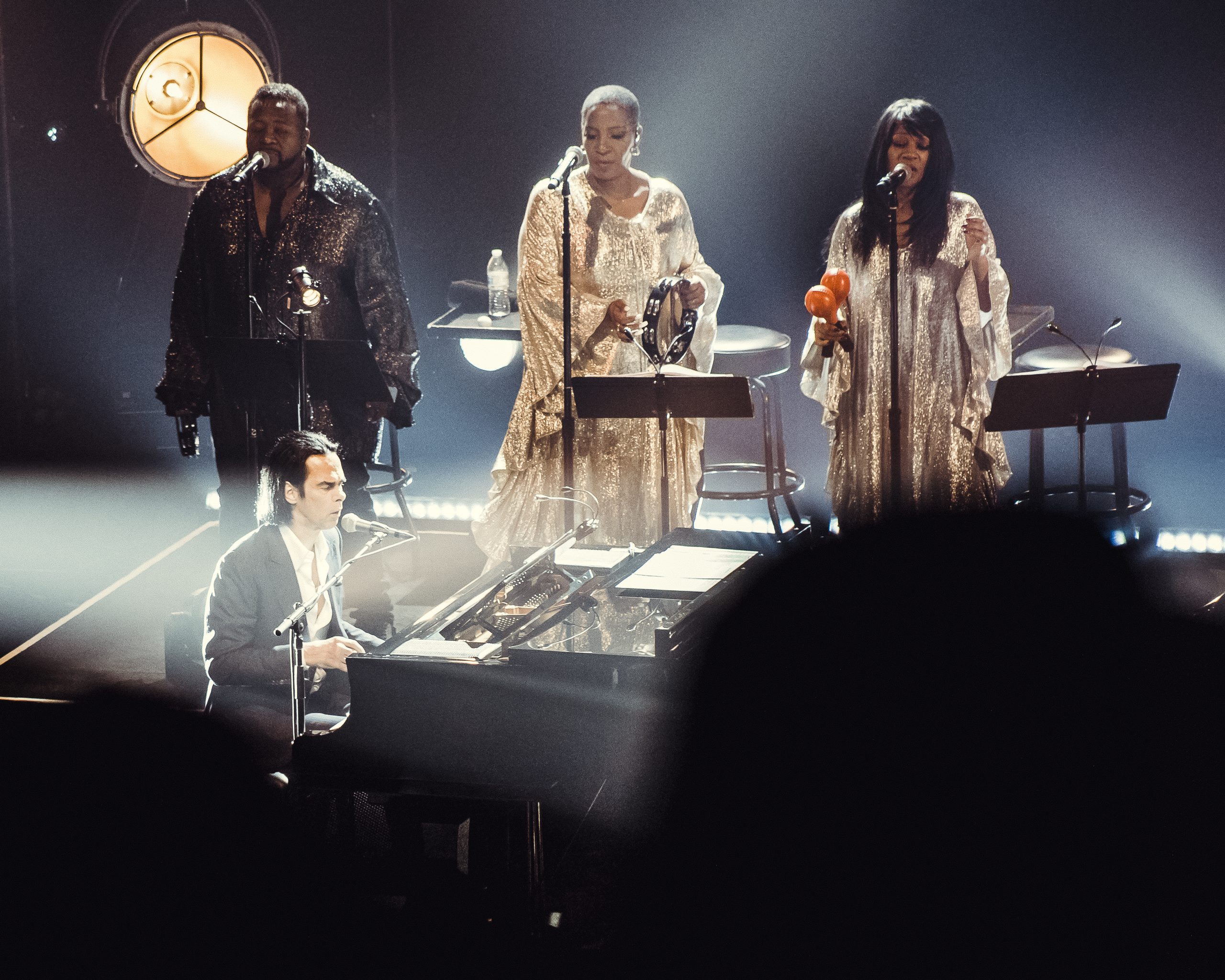 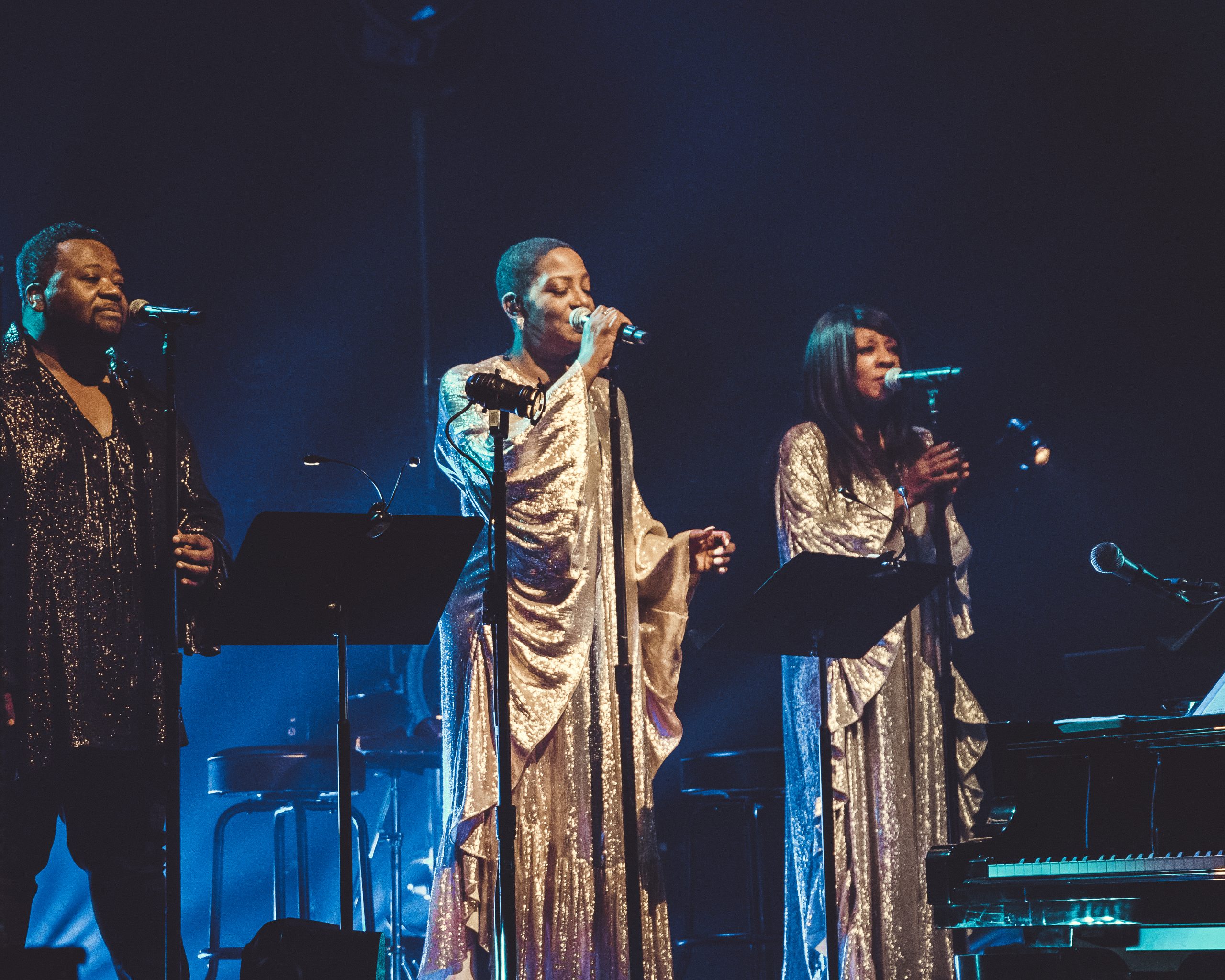 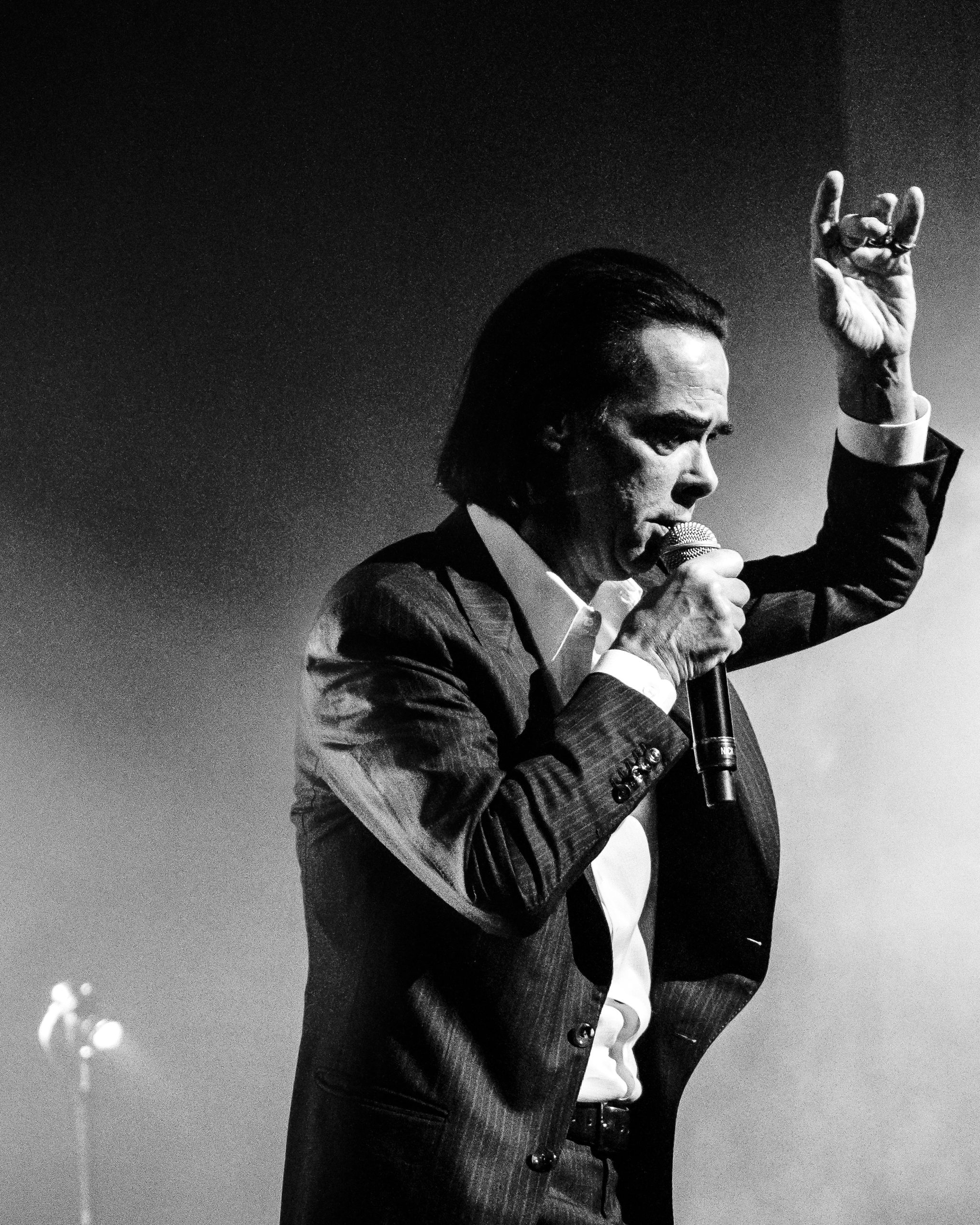 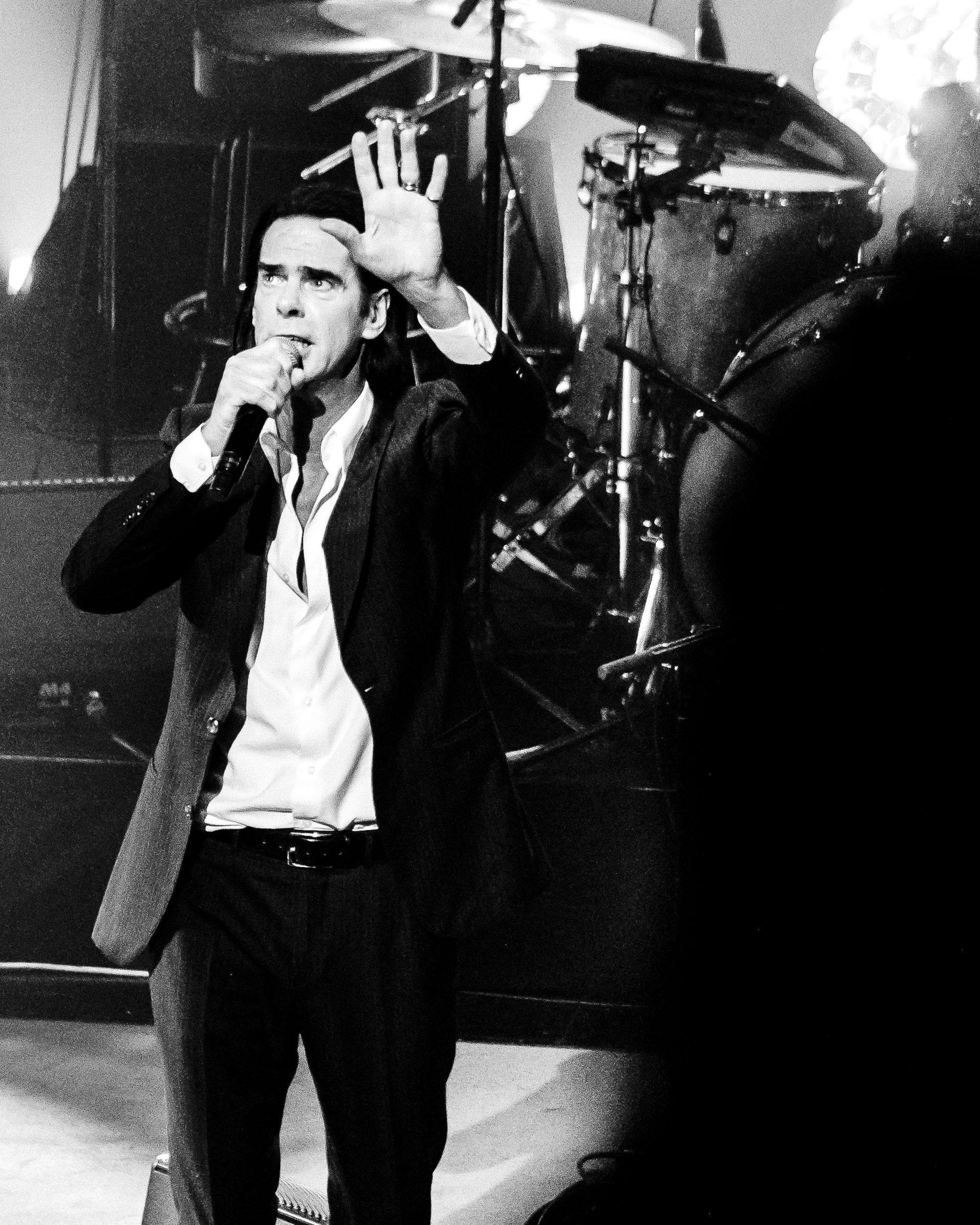 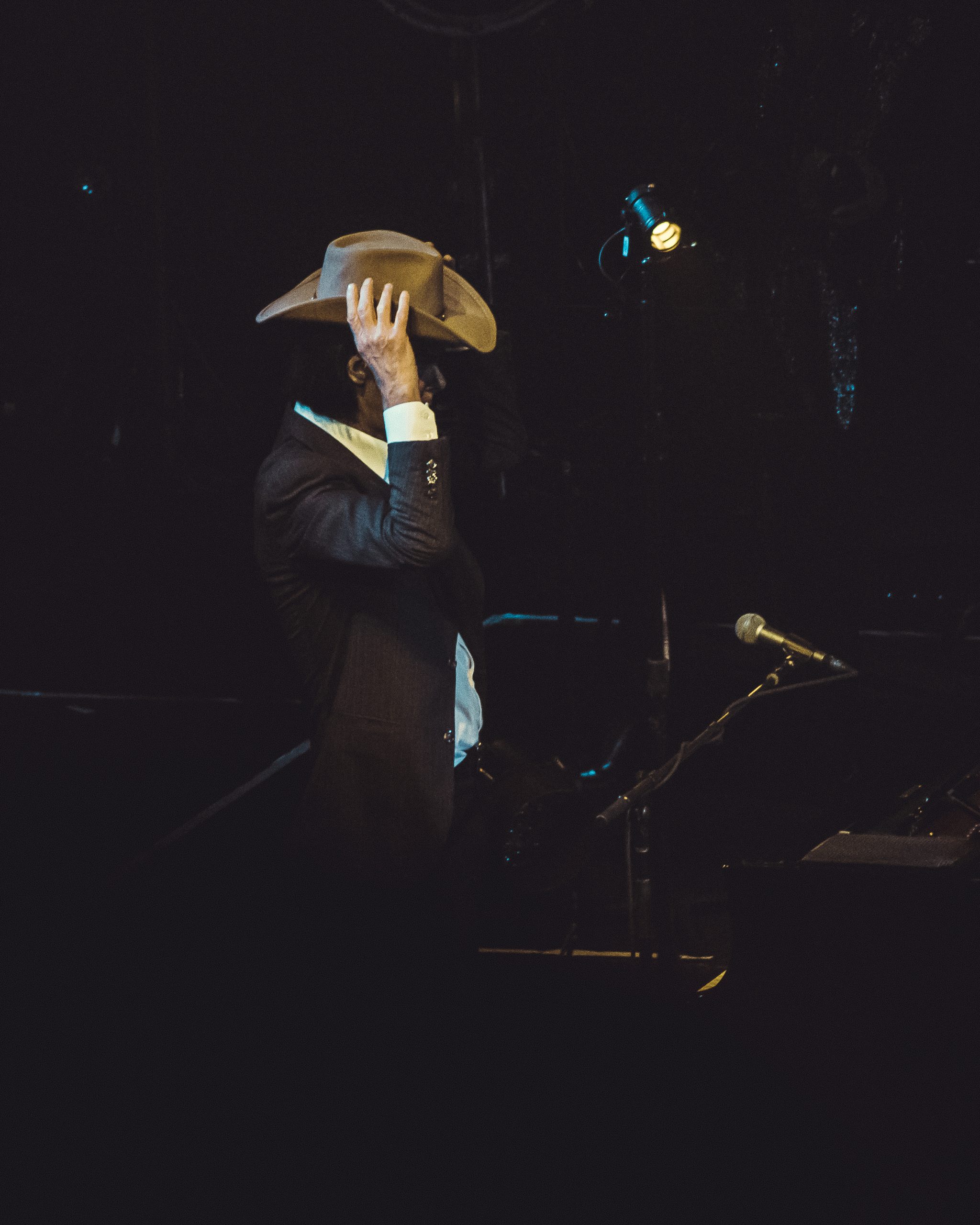 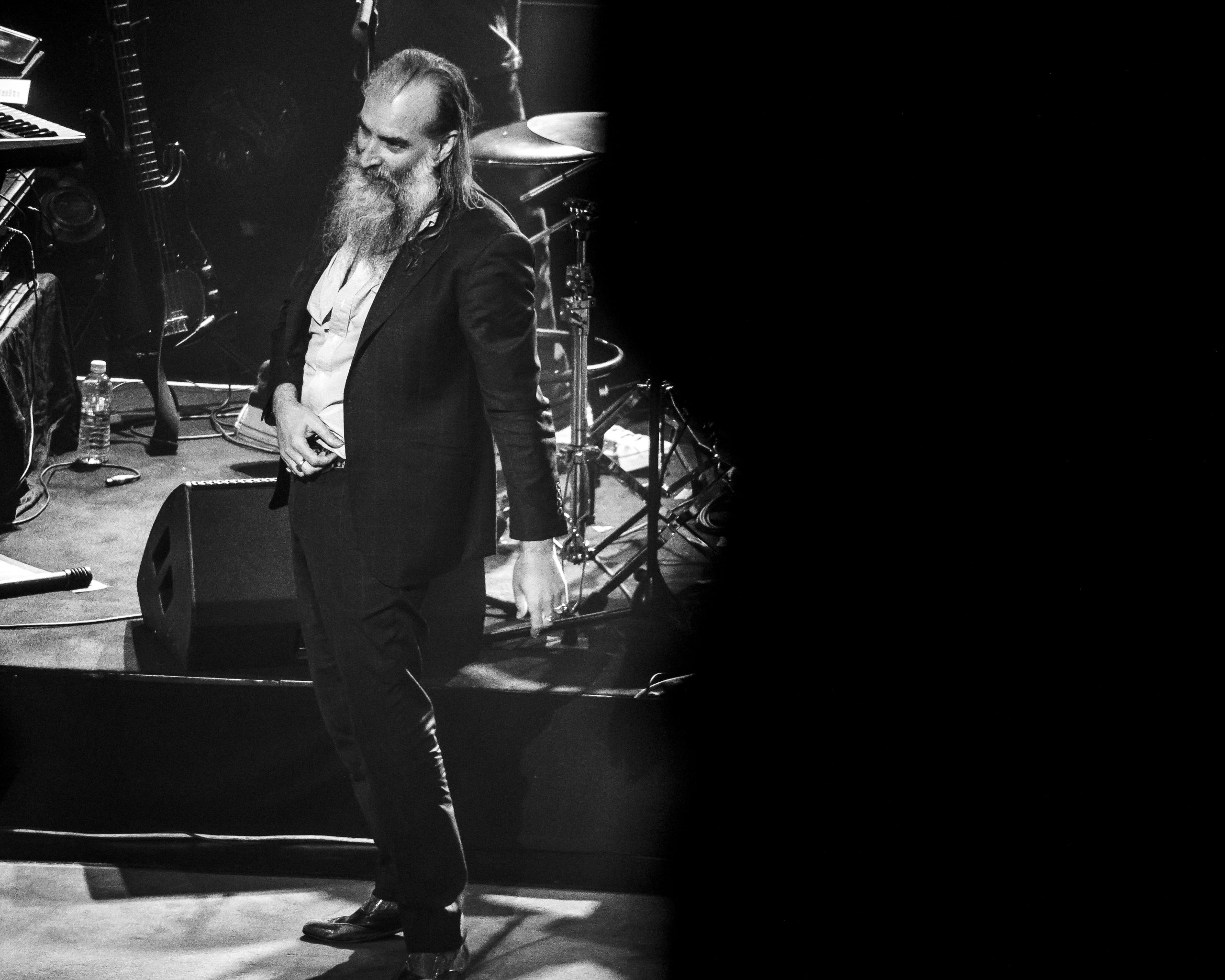 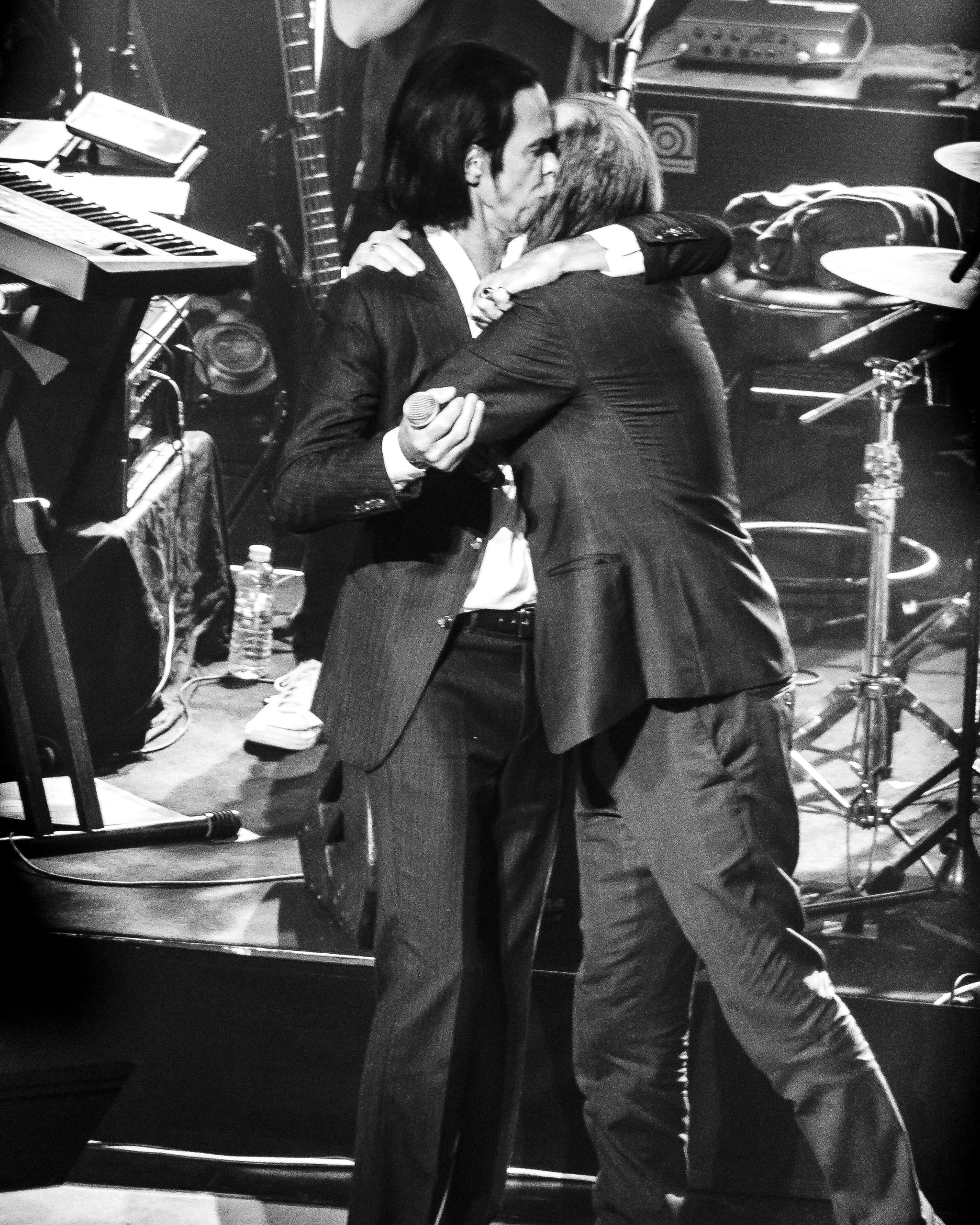 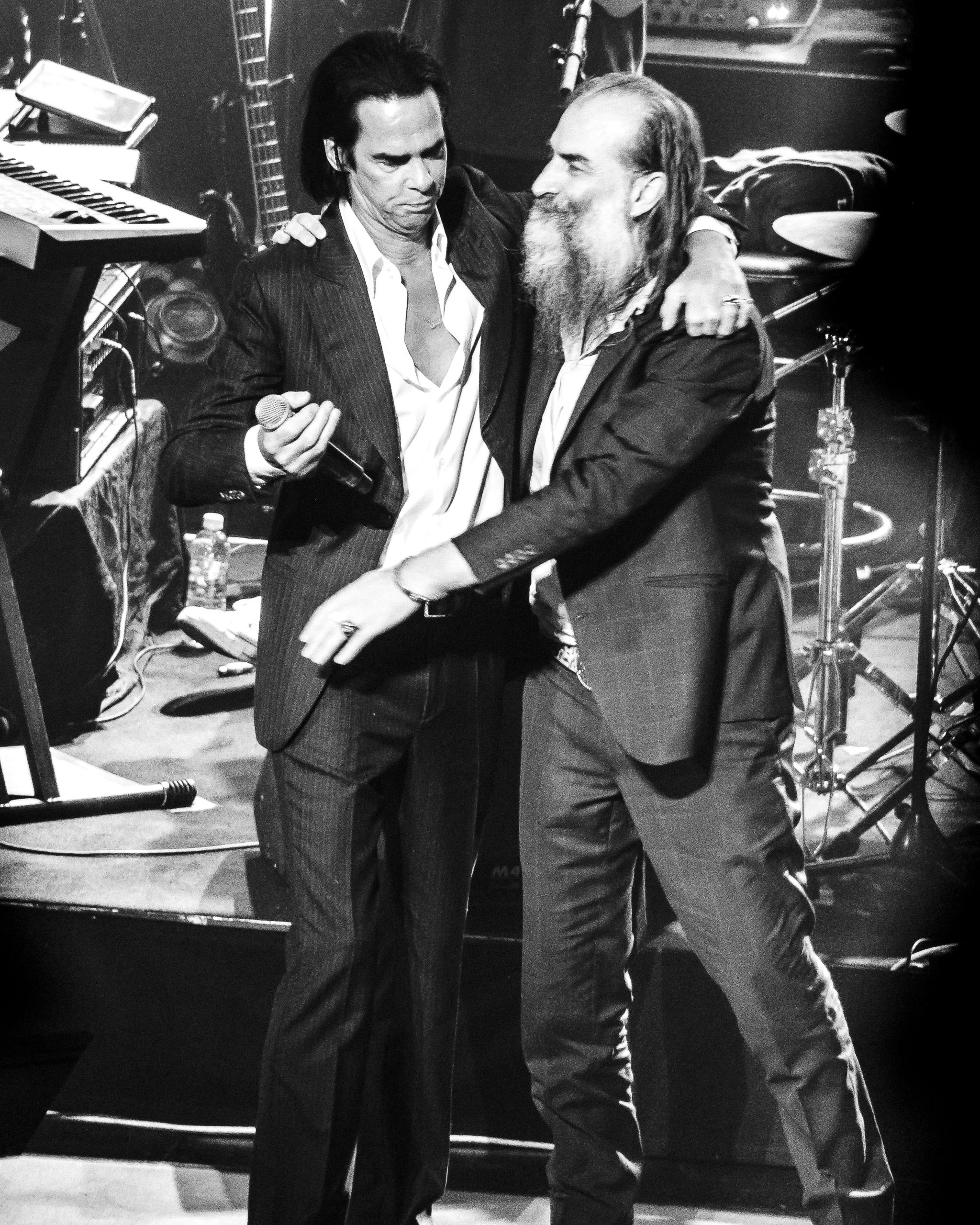 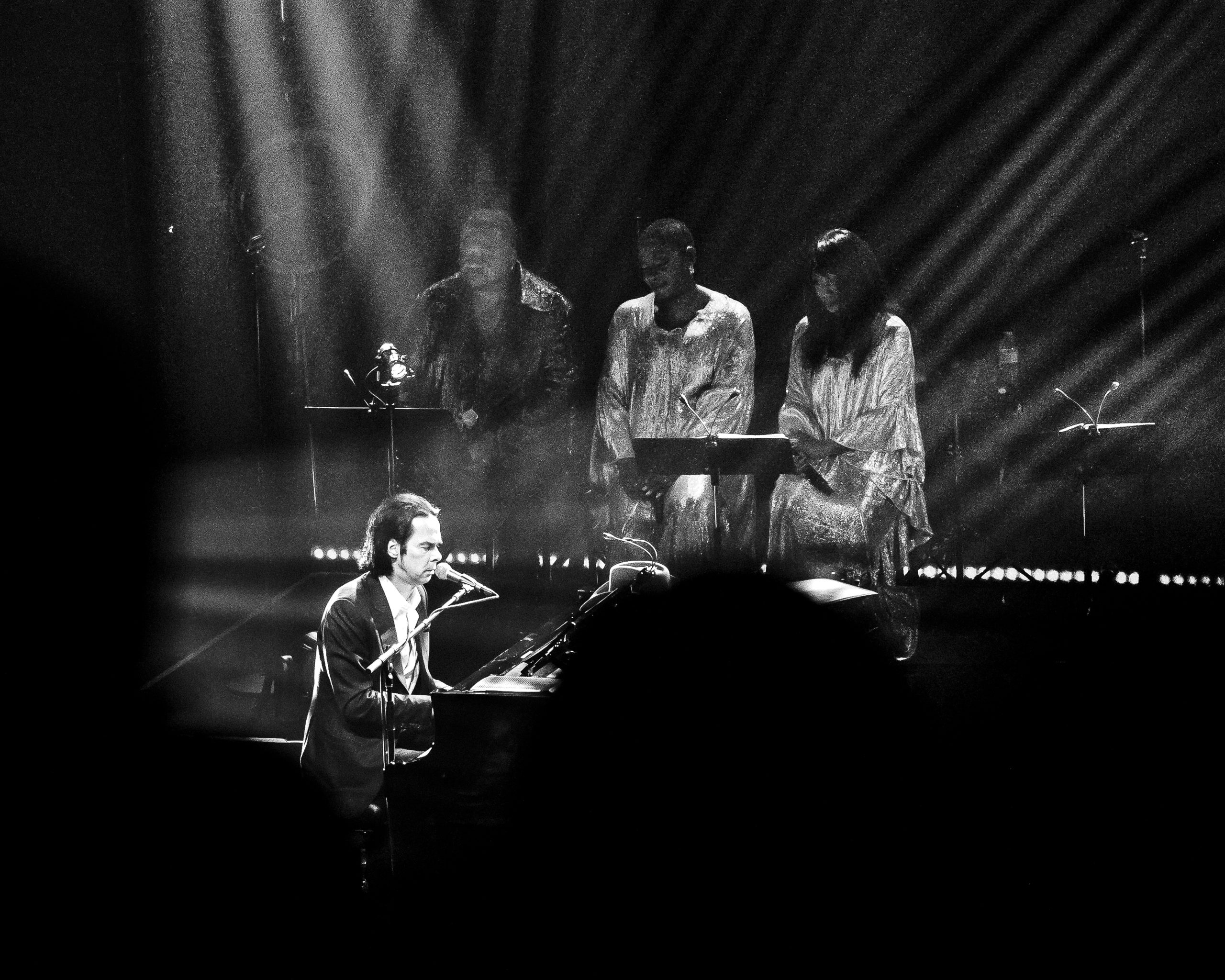 For Their First North American Tour As A Duo, Nick Cave And Warren Ellis Filled Majestic Theater With Songs From Their New Collaborative Album.

Although the majority of the setlist was comprised of slow-burners, Nick Cave & Warren Ellis, along with their spectacular trio of a choir, set The Majestic Theater alight with a very personal, sentimental show.

The room was quiet and captivated by Cave and his piano. The audience did not fail to chant and yell “I love you Warren,” “Texas loves you” and, of course, “We love you Nick Cave” in between songs. The juxtaposition of the heart-wrenching ballads followed immediately by the excited and comical banter from the crowd seemed almost inappropriate, but Cave cracked right back with his own jokes. He even screamed into his mic in response to someone yelling incoherently out of sheer excitement.

The set consisted of songs off Nick Cave and The Bad Seed’s Ghosteen, Skeleton Tree, a fantastic cover of T-Rex’s “Cosmic Dancer” and Cave and Ellis’ latest album Carnage.

While Cave and Ellis, a long-time member of The Bad Seeds, are longtime collaborators — composing and recording many soundtracks together — this is the first full-length album they have done as a duo. The eight-track record, which Cave describes as “a brutal but very beautiful record nested in a communal catastrophe,” released Feb. 25, but was recorded during the COVID-19 lockdown.

The climax of the night was, without a doubt, the explosive “Hand of God” from that exact album.

As a longitime fan of Cave’s work, starting with The Boys Next Door/Birthday Party era, this show left me feeling a new sense of respect for Cave. As my dearest friend Leah Lane put it to me during the endtail of the night, “With artists and poets such as him, with age, it’s more about profoundness, rather than projection.”

I’m sure I wasn’t the only one in the theatre who was left in awe and thinking about love and mortality.

All photos by Vera Velma.