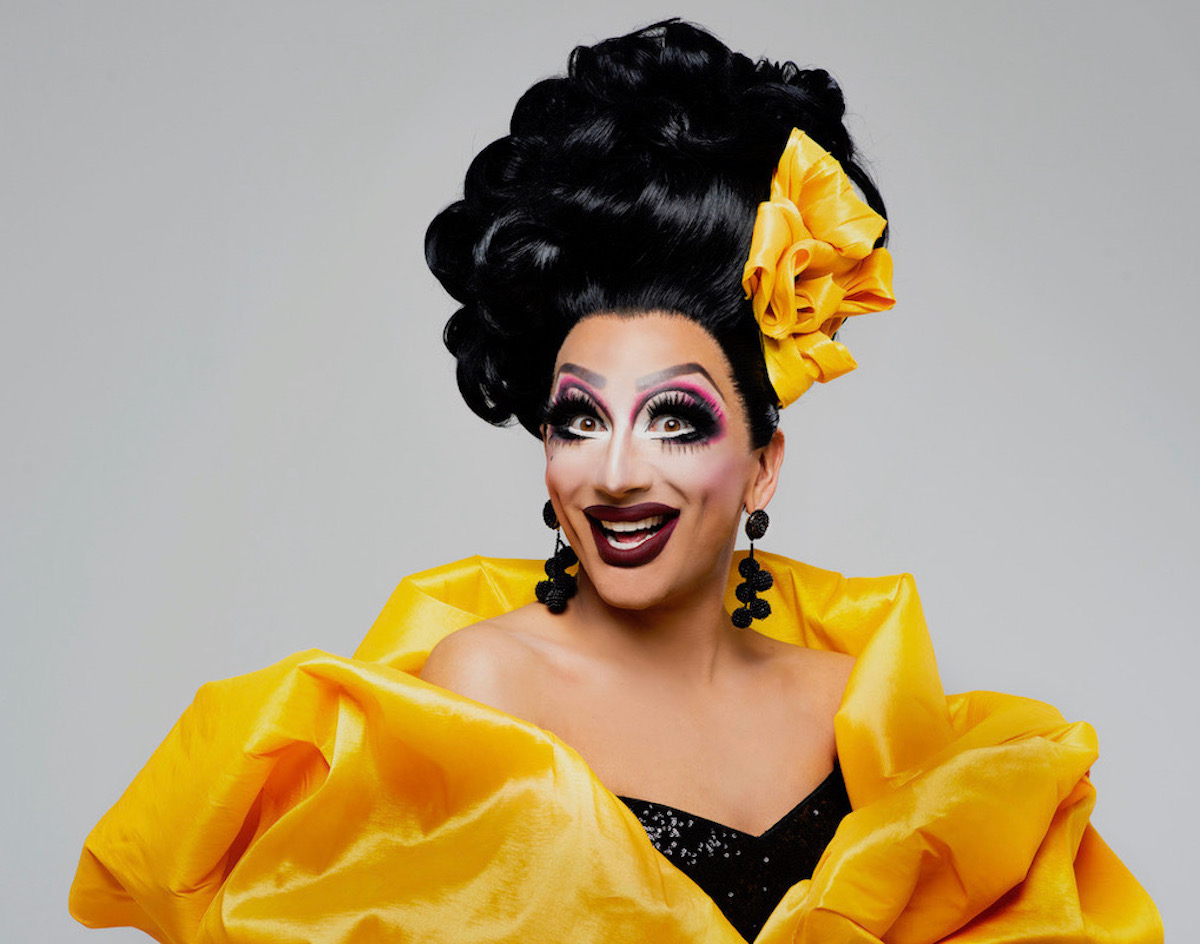 This Week in Dallas, You Can Paint It Black, Fire Walk With Laura Palmer, Crack That Whip And Ask Your Haters: What Do You Do Successfully?

Facebook announced last Thursday that its parent company is getting renamed to “Meta.” Among other inspirations, it’s a weak attempt to make us think that Mark Zuckerberg’s baby is a good company now.

The rebranding effort came at the perfect time, too, right during the drop of The Facebook Papers — a project formed by journalists to expose just how fucked the company is through internal documents provided by whistleblower Frances Haugen.

Could this be material for a Social Network 2?

If you missed the greedy melodrama of the world’s largest social media platform, here’s a rundown:

Facebook allowed the very-real issue of vaccine misinformation to continue to spread, prioritizing engagement (read: profits) over public health. The divisive nature of the subject of COVID-19 and vaccines meant that posts discussing were going to have the most comments, likes and shares, which means more money in Facebook’s pocket. This was found out when, after employees came forward with ideas to minimize misinformation and make the site a safer place for its users, the company twiddled its thumbs instead of pushing these initiatives forward.

Beyond that, according to the documents, Facebook was “under-enforcing on confirmed abusive activity” in regards to a sex trafficking issue that made Apple threaten to pull Facebook and Instagram off of its App Store two years ago. In this instance, posts and ads that falsely called for maids to work in households across the Middle East led to women being subsequently abused by the men who hired them and trafficked them from household to household.

And of course, there’s the Trump of it all. Remember when the former president said, “When the looting starts, the shooting starts”? Well, it started giant wave of violent hate speech on the platform. Trump’s igniting words should have been caught by Facebook for violating its terms of use, but the social media platform just let it go on. The hate speech that continued during this height of the controversy surrounding the Black Lives Matter movement then translated into real-world violence, and critics now say Facebook was an accomplice in that.

Of course, that’s just scratching the service of Facebook’s greed and carelessness. But we digress.

Do yourself some good this weekend, and unplug from the socials. To that end, we have a great lineup of events happening around the region this week that’ll take your mind off Big Brother.

Bianca Del Rio at Majestic Theatre
The clown in a gown is taking her crass insult humor on the appropriately named tour, “Unsanitized.” Del Rio’s quick wit and fierce delivery has cemented her as one of, if not the, best comedy queen to grace the stage of RuPaul’s Drag Race (I mean, just look at the material.) Ever since she nabbed the crown on season six, Del Rio has proven to be a force in the entertainment world outside of the reality show.

TV Girl at South Side Ballroom
This hypnotic pop act is celebrating the six-and-a-half-year anniversary of its 2014 album French Exit with a tour. The experimental, acid-washed album sampled snippets of ’60s music and television, clearly defining a retro vibe that goes along with its Warhol-inspired cover art.

The Rolling Stones at The Cotton Bowl
Wild horses couldn’t drag these geezers away from the stage, and we love that. The rock ‘n roll band has been at it for 59 years and counting at this point. Alas, the heartbeat of the band — drummer Charlie Watts — died in August, and there’s no doubt his presence will be missed on stage. But fans haven’t heard the last of Watts: The Stones recorded new material with him before he passed.

Enrique Iglesias & Ricky Martin at American Airlines Center
Flashback to the early 2000s? Iglesias dropped his album Final (Vol. 1) this year, begging the question, how many volumes will there be? Meanwhile, “King of Latin Pop” Martin had some fresh releases too in his new singles “Qué Rico Fuera” and “Canción Bonita,” which feature Paloma Mami and Carlos Vives, respectfully. Bailamos!

Soul Rebels at Sundown at Granada
This funky bunch takes elements of pop, hip-hop, jazz and soul, and blends it all into a brass band celebration of music. In 2019, it released its New Orleans-style, the brassy cover of “Sweet Dreams Are Made Of This”, which acts as a great introducing track for the group. This year, they were featured on G-Eazy’s newest album via the track “When You’re Gone,” which also features Lil Wayne.

Whip It: ’80s New Wave Party at Amplified Live
If your friends don’t dance, then they’re no friends of ours. This tribute to the days of big hair and new wave will feature Thin White Duke covering David Bowie, Tears For Fears tribute band Mad World and DJ Crash, who’ll be spinning New Wave jams.

Sarah Jaffe at Dan’s Silverleaf (Denton)
Jaffe is no stranger to us. Based in Denton, she is one of the most beloved musicians in DFW. This year, she was part of the Truth To Power compilation album benefitting nonprofits that give back to Black communities. She also had two songs — “Swelling” and “Lay Low (Take Care)” — featured in the Netflix series Sex/Life.

Walshy Fire at Off The Cuff
This American-Jamaican DJ is part of the DJ trio known as Major Lazer alongside Diplo and Ape Drums. That group, as well as Walshy Fire’s solo career, features a mix of electro house and dancehall. Dancehall is known for its culture of dance and empowerment, so you better be ready to let loose at this one.

Okey Dokey at Ruins
It’s all wavy gravy with these three best friends from Tennessee. A crossover of indie pop and modern psychedelia, Okey Dokey will give you feel-good tunes if you need a little pick-me-up. They’ve released a heap of singles this year, some of them being covers, like this one of Radiohead’s “High and Dry.”

Blue October at House of Blues
We hope you’re happy. If not, maybe a Blue October show will cheer you up. Actually, how about two? They’ll be at the HOB for two nights this week. Granted, a lot of their songs don’t have the happiest themes, but this Houston alternative rock band has been beloved since ’95.  Their latest release is “Moving On (Spun Down)”, a slowed-down, reverb version of their 2020 hit “Moving On (So Long).”

Trevor Noah at American Airlines Center
This comedian and political commentator has been hosting The Daily Show With Trevor Noah since 2015, discussing current events and telling jokes. His world comedy tour “Back To Normal” is pandemic-inspired, so expect a laugh-to-keep-from-crying kind of show.

Robert Cray at Billy Bob’s (Fort Worth)
One of the most commercially successful blues artists around, Cray’s 1986 breakout album Strong Persuader launched eight of his songs onto the Top 40 American Rock Singles chart. With blues not being too big in the mainstream, his contemporary sound appealed to a wide audience, and he continues to satisfy today.

Porter Robinson with Jai Wolf at The Pavilion at Toyota Music Factory (Irving)
Robinson is one of the most recognized names in EDM today. First coming onto the scene in 2010, he’s gained massive following which culminated into his own music festival called Second Sky in Oakland. Debuting in 2019, the fest had no choice to take a hiatus last year, but now it’s back and promised to be better than ever. One of the featured acts on that bill is Jai Wolf, so if you can’t make it to California this year, you can get a real taste of Second Sky right in DFW at this show.

Carolyn Wonderland (Album Release) at The Kessler Theater
Likened to greats like Janis Joplin, Wonderland has mastered her craft as a lyricist, singer and multi-instrumentalist. It shouldn’t be surprising; the 48-year-old songstress has been playing professional gigs since she was 15. She’ll be celebrating the drop of her album here with another fellow Austin blues/Americana musician, Jeff Plankenhorn.

Twin Peaks: Fire Walk with Me with Sheryl Lee, Sherilyn Fenn and Harry Goaz at The Texas Theatre
The historic Oak Cliff theatre will be screening a newly-restored version of the 1992 film with the most special of guests: Laura Palmer herself. Actress Sheryl Lee will deliver a special intro and stay for a Q&A post-screening. Cast members Sherilyn Fenn and Harry Goaz will also be in attendance for your discussion and photo-op needs.

KUZU Benefit featuring Maple, Chelsey Danielle and Juicy the Emissary at Dan’s Silverleaf (Denton)
Help keep Denton music alive with this special benefit show. Proceeds of the concert will go to Denton’s radio station KUZU. Get your indie rock/electronic fix from Maple, be amazed by the one-woman band and Pearl Earl member that is Dallas’ Chelsey Danielle, and hear some immaculately mixed hip-hop from Juicy the Emissary.

Hasan Minhaj at the Music Hall at Fair Park
This comedian/writer/producer/host/political commentator has put together “The King’s Jester,” a one-man show. He’s best known for his series Patriot Act with Hasan Minhaj and comedy special Homecoming King, which both won him Peabody Awards. In 2019, he was named one of Time‘s 100 most influential people in the world. Are we sure he’s the jester?

Super Guitar Bros at Tulips (Fort Worth)
These two best friends make acoustic covers of video game music. If gaming isn’t your thing, they have covers of other famous jams, too! For example? The Beach Boys’ “God Only Knows.” TikTok users should recognize these guys from their magical version of “Fairy Fountain” from The Legend of Zelda, which blew up on the app.

Daikaiju at Three Links
These are real-life action heroes who mask up to give you the loudest, fastest instrumental rock music that is just perfect for fighting your enemies. Things are known to get crazy at their shows with their affinity for setting instruments on fire. American Shit Storm will also be there so, yeah, your ears are gonna be ringing.

DAMN: Denton Ambient Music Nights at Rubber Gloves Rehearsal Studios (Denton)
After existing in Dallas for a while, this recurring ambient music celebration is moving to Denton after postponing its festivities for the last year because of the pandemic. Expect immaculate vibes.