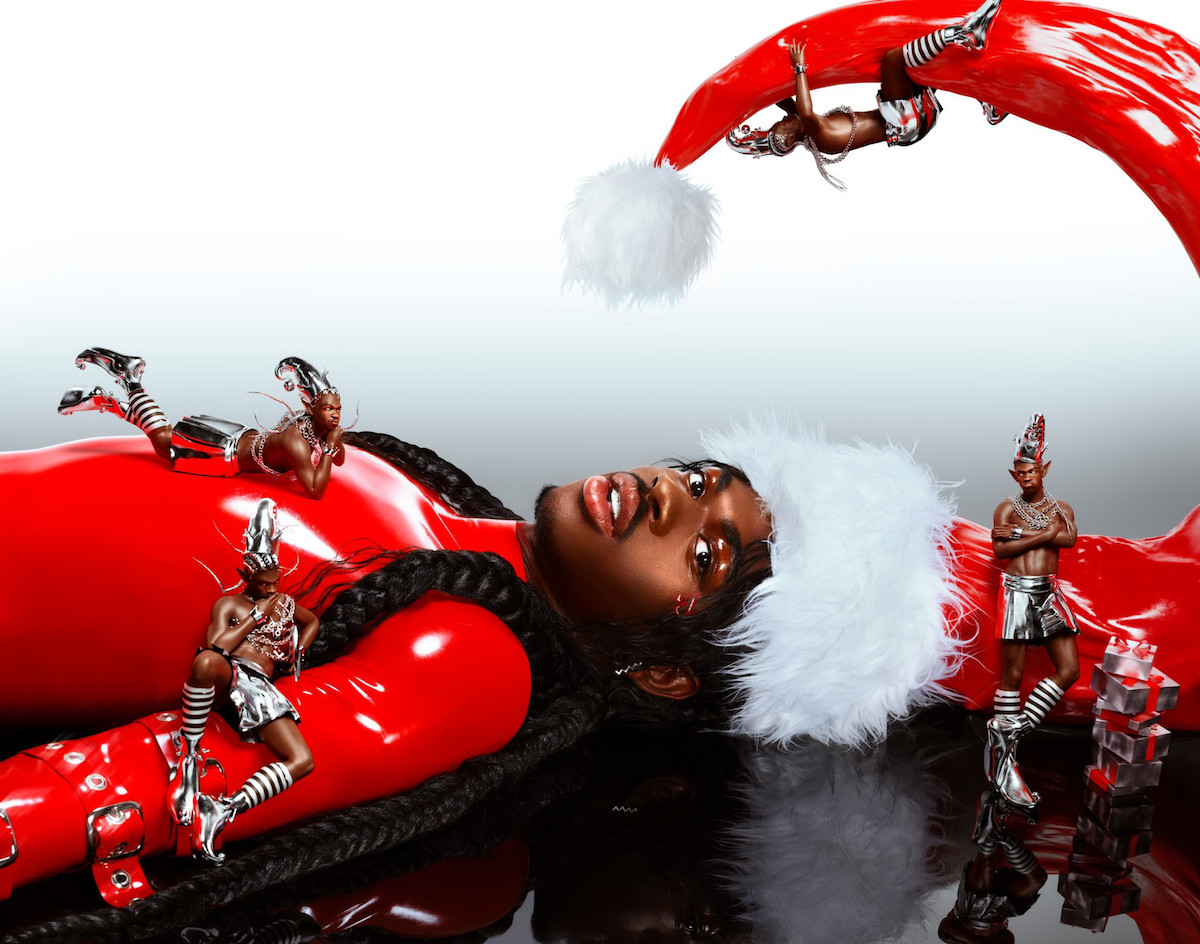 This Week In Dallas You Can Call Lil Nas X By His Name, Have Your Cake & Eat It Too With Steve Aoki and Visit Denton — The Home Of Happiness.

If you’re into the Grammys, the nominees for 2022 were released last week!

Among the lineup are, of course, the heavy hitters whose names could not be kept out of our mouths this past year like Olivia Rodrigo, Lil Nas X, Silk Sonic and BTS. But there’s also a lot of DFW talent being represented.

Our main Fort Worth man Leon Bridges garnered two noms for his 2021 album Gold-Diggers Sound — one for Best R&B Album and one for Best Traditional R&B Performance on the album’s opener, “Born Again,” which features Houston artist Robert Glasper.

Arlington-born Mickey Guyton is up for Best Country Album for Remember Her Name, Best Country Song for the title track and Best Country Solo Performance. She’s also making history for being the first Black musician to be nominated for the country album category.

Kacey Musgraves‘ “camera roll” got nominated for three country categories including Best Song, proving the naysayers that Star-Crossed is at least a little bit country. Two other country queens were nominated as well — Miranda Lambert for her album Marfa Tapes and for her performance in “Drunk (I Don’t Wanna Go Home),” and Maren Morris for her songs “Better Than We Found It” and “Chasing After You.”

Willie Nelson — who deserves a mention for being from Hill County, an hour away from Dallas County — is nominated for Best Traditional Pop Album for That’s Life, his jazz-turned country Frank Sinatra tribute. Willie’s pop now, apparently.

Would you believe that this is Selena Gomez‘s first time being recognized at the Grammys? Revelación is up for Best Latin Pop Album. Our other favorite Dallas-raised lady, St. Vincent, might be bringing the Best Alternative Album award home for Daddy’s Home.

Keyboardist, composer and UNT alum Lyle Mays, who passed away in February of 2020, received a posthumous nomination for Best Instrumental Composition. This could be his twelfth Grammy win. Another UNT grad, Norah Jones secured a nomination for Best Traditional Pop Vocal Album for Til We Meet Again (Live), a compilation of live recordings of her most well-known songs.

Dallas gospel singer Kirk Franklin is recognized for Best Contemporary Christian Music Performance/Song with his feature in Lil Baby’s “We Win,” which was part of the new Space Jam soundtrack.

Finally, Jazzmeia Horn received her third Grammy nomination with Dear Love — which is up for Best Large Jazz Ensemble Album.

This isn’t the first time we’ve seen DFW excellence at The Grammys, but it sure does never get old.

Now, to segue from one topic of music to another — here’s our weekly lineup of Dallas events, which includes tons of music acts, both local and national.

L.A Witch at Andy’s Bar
Like the name suggests, this trio of punk-rocker witches are from L.A. They specialize in fiery, sultry pulp tunes that you can sacrifice men to. The show is also featuring Denton’s own Mutha-Falcon and Hen & The Cocks.

Jingle Ball at Dickies Arena
iHeartRadio’s 106.1 KISS FM Jingle Ball 2021 presented by Capital One — breaking the record for how many organization names you can fit into one event title. This star-studded festival will include Lil Nas X, Doja Cat, The Kid LAROI, AJR, Tate McRae, Bazzi and Dixie D’Amelio.

Scott Bradlee’s Post Modern Jukebox at Majestic Theatre
This viral musical project takes popular, modern day songs and gives them a vintage twist. If you ever wondered what The Strokes” “Last Nite” would sound like at a Gatsby party, or what Kings of Leon’s “Use Somebody” would sound like if it was sung by Otis Redding, you can find out.

Giolì & Assia at Trees
These young women are a duo of Italian producers, multi-instrumentalists, songwriters and DJs. They blend indie, dance and pop to create their ethereal sounding brand of electronic music. Oh, and they own their own record label, too — Diesis Records.

Lagwagon at Amplified Live
This SoCal punk band has been consistently releasing bangers since 1992. You may have discovered their most-streamed track “May 16” on the soundtrack for Tony Hawk Pro Skater 2. What’s more pop punk than that? This show is specifically celebrating the bands 1997 album Double Plaidinum, which they will play the entire tracklist.

Green Velvet at It’ll Do Club
This green-mohawked DJ/producer has been a force in the techno/house scene since he launched Relief Records in Chicago in 1993. With a degree in chemical engineering, his career went down a totally different path and we’re not mad about it.

Smoking With Strangers at Three Links
Here’s another electronic act, but this one is local. This Dallas-based duo perform both original and covered material — whatever fits with their sound. The show is also featuring King Beats and DJ Spaz.

The Jayhawks at Granada Theater
This alt-country twinged rock band has the perfect sound for unwinding at small town bar. The Jayhawks have released 12 studio albums since their debut The Jayhawks (aka. The Bunkhouse Album) in 1986, which was out of print for many years until the digital remaster in 2010.

Steve Aoki at The Factory in Deep Ellum
Big week for EDM fans, clearly. In addition to being a fashion designer and author Aoki is one of the most recognizable names in his genre. In 1996 he launched his music label Dim Mak, which produced acts such as The Chainsmokers, and in 2020 unveiled Dim Mak En Fuego, which caters to Latin music.

Cognitive at Ridglea Theater
St. Louis-based Deathcore band Summoning The Lich will be headlining this night of “tech-death shreddy madness.” The show will also feature My Missing Half and more — honestly the poster is very difficult to read. Metal bands, pick less crazy fonts.

Dentonpalooza at Rubber Gloves Rehersal Studios
Ah, yes. The fabled Dentonpalooza has finally come to fruition. What started out as a joke-y idea, has turned into a full-on festival that’ll benefit Denton Music & Arts Collaboration and Pancreatic Cancer Action Network.. There, you can see all the Denton urban legends in the flesh.

Bert Kreischer at Texas Trust CU Theatre
Party boy Kreischer has had a successful comedy career both on stage and on camera. You may know that Rolling Stone featured him as “The Top Partier” at his alma mater Florida State University in 1997, his hijinks being the inspiration for National Lampoons: Van Wilder (2002).

Skafest 2021 at Three Links
Get lost in the ska. Featuring almost all local acts — Rude King, The Holophonics, Madaline, Joystick, On Holiday and Shaka.

The Pop Up at NS Event Center
Presented by Cabus, who’ll be providing tunes, the event will be celebrating all things local — art, music, food and retail. It’s also a black tie event, so show up in your absolute best. The full lineup of guests can be found at the ticket link.

Lera Lynn and David Ramirez at The Kessler
Two singer-songwriters. Lynn’s newest album On My Own doesn’t lie — she sang, recorded, produced and played every instrument on the record. Ramirez produces some very powerful folk-indie ballads that tell the story of heartache and healing.