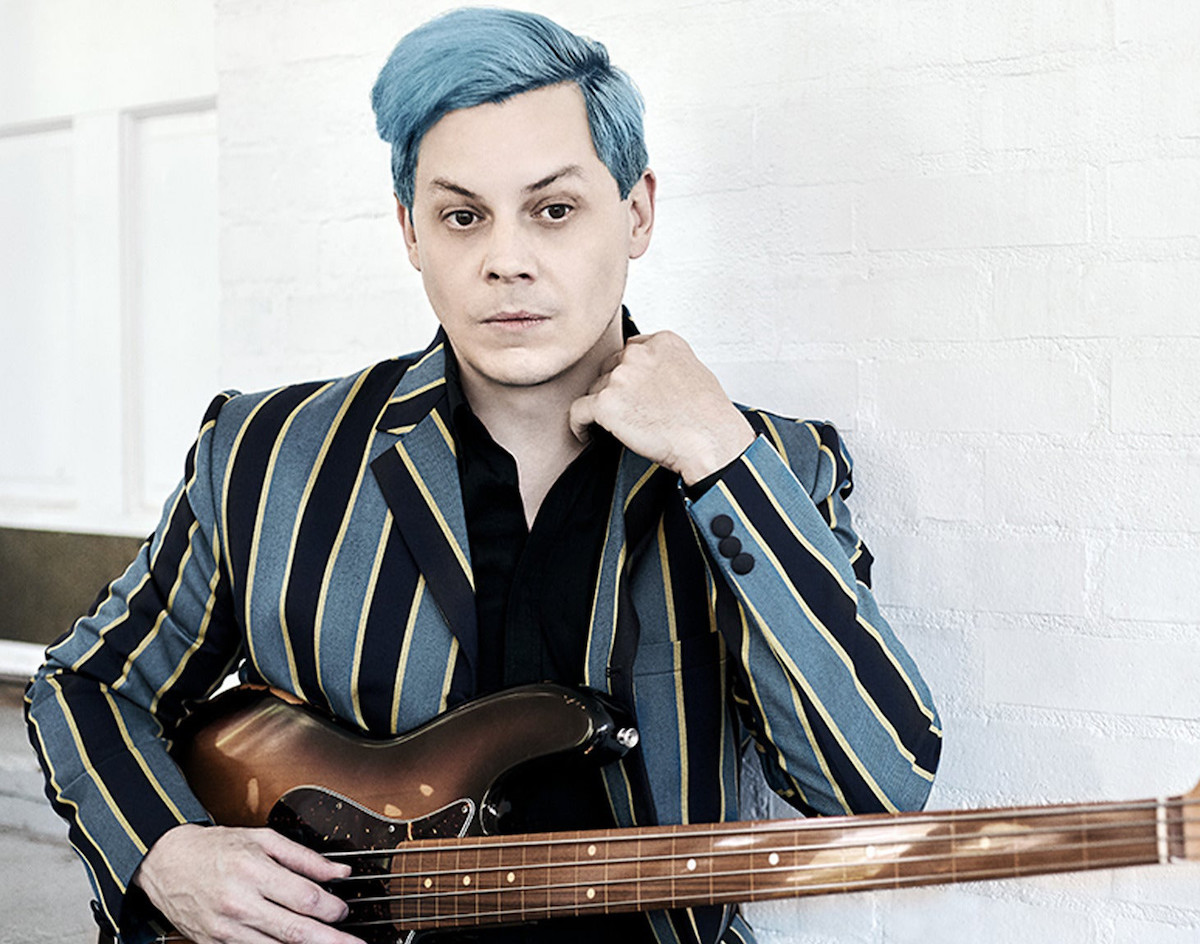 This Week In Dallas, You Can Eat Sixteen Saltines With Jack White, Rule The World With Tears For Fears, Luv It With Jeezy And More.

Summer isn’t even here yet, but the Electric Reliability Council of Texas already began asking people last week to lower their electricity consumption to ease the strain on the power grid. This feels like a harbinger of doom, insinuating a hot, sweaty future. It might be best to start preparing. This is not a good sign.

Last February, when Texas had power grid outages, over 200 people died, and a certain senator packed his things and fled to Cancun. What great leadership we have.

Let’s hope ERCOT gets its shit together before the sun really starts heating things up. Not to be pessimistic, but its track record doesn’t bode confidence — after winter storm Uri, no changes were made to strengthen the power grid.

On a totally unrelated note, make sure to register to vote.

Fortunately, there is some time before the Doomsday Clock hits midnight, and there is some great stuff happening this week. From smaller indie artists to legends of the music industry, there is an abundance of things to choose from.

The weather forecast is looking rainy, but now would be the time to bask in it before it becomes intolerable to take a step outside. — José Romero

Jack White at The Pavilion at Toyota Music Factory
When he’s not enjoying the art of baseball, this ex-White Stripe is making killer albums, going on world tours and getting married on stage at the tour opening show in his hometown of Detroit. Yep, last month White proposed to his girlfriend/opening act Olivia Jean in the middle of “Hotel Yorba,” right on cue of the “let’s get married” lyric. It was probably one of the shortest engagement periods ever, because minutes later during the encore, the couple officially got married. US AND WHO? — Frances Tingle

New Kids on the Block at American Airlines Center
After being delayed a day after the Mavs secured a slot in the Western Conference Finals, the New Kids on the Block are back in Dallas and taking us back to the ’80s and ’90s. The party continues with the Mixtape Tour 2022. Jonathan, Jordan, Joey, Donnie and Danny will be serenading Dallas and reminding us that they’ll be loving us forever. Guests Salt-N-Pepa, Rick Astley and En Vogue will be helping NKOTB give us a hefty dose of nostalgia and a good time — Desiree Gutierrez

Tears For Fears at Toyota Music Factory
Tears for Fears has been making music since the ’80s, and they don’t seem to be stopping anytime soon. This tour is in celebration of their first album since 2004, The Tipping Point. It’s crazy to think about being a part of a band for 10 years, let alone 40. The most amazing part about all of this is that the album is a pretty fun listen. — JR

Gang of Youths at The Echo Lounge and Music Hall
Get a taste of how the rock scene does it Down Under. Gang of Youths has been touring the world in celebration of their third studio album Angel in Realtime. A personal story about self-discovery, this album shares frontman Dave Le’aupepe’s discoveries about his late father and pays tribute to both his dad and his heritage. — JR

Bleachers and Allison Ponthier at South Side Ballroom
Indie pop band Bleachers and Allen-born indie folk singer Allison Ponthier combine their talents for the “Take the Sadness Out of Saturday Night” tour. Bleachers’ ’80s influence is the perfect pairing to Ponthier’s sweet, melodic tempo. It’s a good time to brush up on Bleachers because they have a John Lennon cover in the new Minions movie. Really wanted to include that. — JR

Casey Frey at Addison Improv
Remember Vine? If you do, you probably remember Casey Frey and his iconic “Bad boi’s” skit. This is when dancer and comedian Casey Frey started turning heads in 2016. Now, Frey boasts an impressive Instagram following of 2.2 million, TikTok following of 1.5 million and film and television projects in the works. Lucky for Dallas, we get to bask in all the hilarious awkwardness Frey’s stand-up tour has to offer. — DG

The Changemaker Mixer at Wax Space
This one is for the community leaders, innovators and creatives. Educator and certified coach Mayra Salinas is celebrating the launch of her business and chingadera brain dump journal “Write Sh*t Down, Get Sh*t Done” with a mixer! A panel including Dallas’ changemakers and entrepreneurs Claudia Vega (Independent bookstore Whosebooks owner), Martha Velez (Oak Cliff Cultivators owner) and Melisa Estarada (The Wayfairing Latina owner) along with Mississippi’s Camille McCallum (Black Woman on a Mission founder) will be dropping nuggets of wisdom and mingling with attendees. — DG

Jeezy and K. Michelle at Texas Trust CU Theatre
You can’t talk about the 2000s without mentioning Jeezy. Jeezy topped the Billboard charts with anthems like “Soul Survivor” and “I Luv It.” As one of the pioneers of southern trap, we all put on for our city to the tunes of Jeezy! Accompanied by K Michelle and Lloyd, Jeezy will give us all a night to remember with some of the best hip-hop and R&B the South has to offer. — DG

Mxmtoon at The Factory
Like most things nowadays, Mxmtoon’s story begins with TikTok. Her popularity rose once her videos started gaining some traction. All that attention led to a role in the video game “Life is Strange: True Colors,” and paved the way for this tour. Mxmtoon is accompanied by fellow singer-songwriter Chloe Moriondo, ensuring the release of a bunch of endorphins. — JR

Shannon & The Clams at Tulips
Get transported back to 1960s California with this blend of doo-wop, psych and surf rock from a group with one of the best “__and the __”  band names out there. Shannon & The Clams has the seals of approval from both The Black Keys and Greta Van Fleet after touring with them and received a lot of praise for its debut album Onion (another great name.) Fronted by Shannon Shaw and her soulful voice, this act is not to be missed. — FT

Joshua Dylan Balis Album Release at Three Links
Joshua Dylan Balis is celebrating the release of his LP, We’re on Fire. The folk artist will be accompanied by fellow artists Frankie Leonie and Chris Norwood. As Central Track’s own Eric Grubbs wrote, even though Balis now lives in Nashville, his heart remains in Dallas. — JR

Los Huracanes Del Norte at Toyota Music Factory
Originally formed in 1972, Los Huracanes del Norte have been dominating the norteño genre with hits like “Nomas Por Tu Culpa,” “Mi Complemento” and “Diez Minutos Mas” and now are celebrating its 50th anniversary. The band, mainly composed of brothers, has 6 Grammys under its belt proving they are living legends. — DG

Purple Nights Vol. 1 by Adeyemé at Fenton Dance Studio
One thing about Texas, we live for chopped ‘n screwed. It’s more than a slowed tempo, it’s a lifestyle. Rapper Adeyemé is “paying tribute to all things trill” with live music, pop up shops, an art gallery and a freestyle dance performance by Dezeire at Purple Nights Vol. 1. — DG

Paradise DJ Sober’s B-Day Bash at Tiny Victories
For the first time Paradise, a monthly dance party hosted by Jessi Pereira and DJ Sober, will occur twice! A Saturday edition of Paradise will celebrate DJ Sober’s birthday bash and this one will be for the books. Gemini season is bringing out the legends with special guests Blake Ward and New York City’s Eli Escobar playing the hottest house and disco sounds — DG

Bandas Y Trocas at Texas Motor Speedway
Si quema, cuh! Originally founded in 2016, Bandas Y Trocas is a celebration of music and nice ass trucks. This is the perfect opportunity to show off your tiburón. Mexican corridos music artist Luis R. Conriquez is the “bandas” side of the “trocas.” He’ll be there performing along with those diesel engines. — JR

You Can Help Ukraine at Thunderbird Station
With the ongoing situation in Ukraine, any little bit helps. This event will host a silent auction for things such as dinners or concert tickets. All proceeds will go to CARE USA, an organization focused on fighting global poverty. There will be a Ukrainian dance ensemble performing for attendees, along with booths selling Ukrainian-themed items to show support. — JR

Carne Asada Fest at Gilley’s
Carne asada is food for the soul, and the over 20 vendors at Carne Asada Fest understand this. As you gobble down on some carne, DJs and other musicians will provide a beat, stimulating all your senses. Who doesn’t want to chomp down on food while reggaeton bumps in the background? — JR

Cocoalicue w/ Everything Living Poetry and Flower Collage Workshop at 500x Gallery
Multihypenate Amy Zapien took us into her realm of healing and letting go last month. This month she’s guiding us on our own artistic journey. To celebrate her new installation at 500x gallery titiled “At the End of a Fractal” Zapien, along with Everything Living, will be be hosting a floral and poetry collage workshop — DG