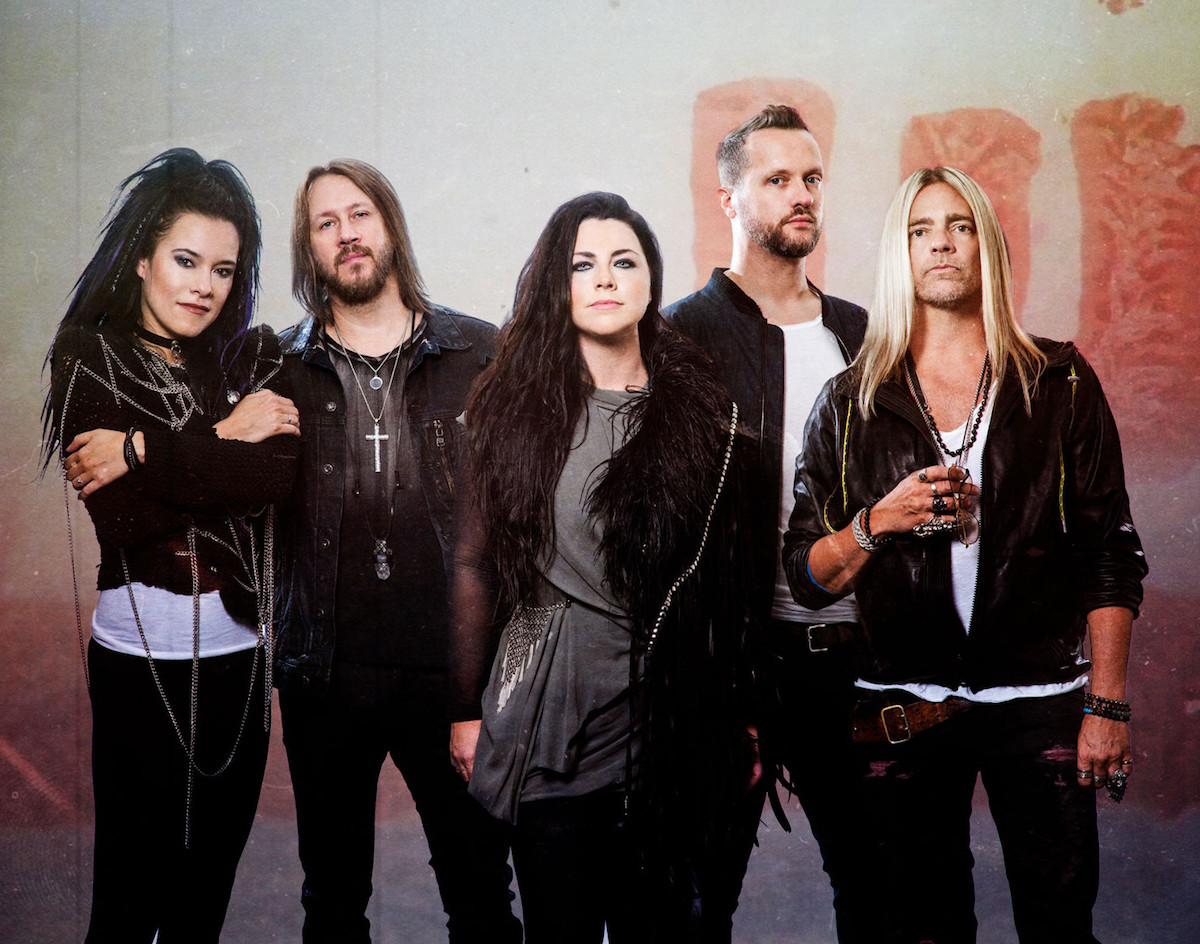 This Week In Dallas, You Can Wake Up With Evanescence, Slay With GWAR, Take A Trip To Kurtistown And Go To The Movies With Jaret Reddick.

Last Wednesday, Greg Abbott announced the formation of a Texas Task Force on Concert Safety in response to the deadly incident at the Astroworld Festival.

The task force will discuss crowd control strategies, venue layouts and security, eventually producing a report of strategies to “develop meaningful solutions that will keep Texans safe while maximizing the joy of live music events.” It’s also addressing security in regards to controlled substances, which is interesting because that had nothing to do with the Astroworld tragedy.

The biggest critique people are expressing over this formation is the irony of Abbott refusing to address the ever-growing issue of gun violence and signing the constitutional carry law into effect. He’s basically saying, “I’m gonna allow randos with no permit or background check to own and carry handguns, but we gotta address drugs at concerts, that’s what causes a crowd surge, right?”

It goes without saying that Astroworld was a tragedy that opened eyes regarding concert safety — venues can’t get sloppy on crowd control and artists have a level of responsibility of keeping the peace — but it’s hard to imagine what a task force can do to prevent an event like this from happening. And in the hands of the governor, the intentions seem misplaced.

Moving on to happier things, we have your lineup of Dallas events for the week. Once again stay safe and enjoy the moment!

Parquet Courts at The Studio at The Factory
We can all use a little tenderness. This punk-laced indie group is from “Brooklyn-by-way-of-Texas” — members Andrew Savage and Austin Brown met while attending The University of North Texas. In ten years, the band has released seven full-length albums, the latest, Sympathy for Life, dropped in October.

Julieta Venegas at House of Blues
This Grammy-winning, Mexican singer-songwriter has been on the scene since 1996, but her passion for music dates back even further — her childhood. The well-rounded songstress has not only held a successful solo career but has scored theatrical productions and written songs for the big screen. Recently, she collaborated with Bad Bunny on the track “Lo Siento BB:/“.

GWAR at Amplified Live
Starting out as a marketing experiment by musicians, artists and dancers from Virginia Commonwealth University, this grotesque, over-the-top spectacle has become a staple act in metal and are celebrating their 30th anniversary. Sporting hellish alien aliases, the band performs their brand of shock rock with elaborate costumes of latex and papier-mâché.  Whether it’s genuine admiration or an “I just can’t look away” kind of relationship, you can’t deny GWAR has your attention.

Buffalo Nichols at Andy’s Bar
No stranger to experimentation in his craft, Nichols has sung gospel, while being an atheist, and West African music, while having been born and raised in Milwaukee. He was also one-half of folk duo Nickel & Rose — despite his reservations of the genre’s simultaneous appropriation and unreceptiveness of Black musicians. But all these roads have to lead to blues music, which he sings with unbridled affection.

In The Mix: Roadrunners at Jaxon
Postponed from last week: In efforts to support music and food industries in the midst of the pandemic, New York media company The Wild Honey and Desert Door, a Texas distillery, have partnered to bring you this road trip across Texas. It’ll hit restaurants across the state and feature Texan musicians. This Dallas stop will have performances by Austin acts Sir Woman and Cowboy Diplomacy.

Jaret Goes To The Movies at Lava Cantina
Jaret Reddick of Bowling For Soup fame has been hosting this movie review podcast in the north-of-Dallas town of Prosper. Now, you have the chance to see it live with a special screening of American Pie. Thomas Ian Nichols, one of the stars of the movie, is the special guest and will perform an acoustic set after the movie.

Beabadoobee at The Studio at The Factory
This tongue-twisting artist is best known for her single “Coffee,” which gained a new life on Tik Tok after being sampled by Powfu for “death bed (coffee for your head)” — making her a Gen Z music icon. In an appropriately-modern move, the indie artist also recently got into the NFT business, announcing its official release on Twitter.

Luke Combs at American Airlines Center
Country star Combs just took home the biggest CMA Award of 2021 — entertainer of the year. He humbly accepted the award, saying that he didn’t deserve to win it, but that he’s “glad as hell” that he is. He also recently released his single “Doin’ This,” with a sweet music video along with it. You’ll have two chances to see him in Dallas — the November 18 and 19.

Planet Booty at Deep Ellum Art Company
With a name like this, it’s expected for the musical act to be unapologetically themselves. Describing itself as somewhere between a sermon and a striptease, the trio puts on energetic, inclusive shows with a soundtrack of pop/hip-hop/house/funk blend. Its main mission is this — acceptance.

Hellzapopppin Circus Show at Amplified Live
A sword swallower, stuntman, a half-man, illusionist, yoyo master and magician walk into a bar — you’ll have to see the rest. This collective of artists, stunt performers and human curiosities bring you a modern-day vaudevillian freak show — but with more edge and none of the human rights violations. This tour is completely redesigned, taking on a new, exciting life outside of the previous years.

Evanescence at Dickes Arena
What’s a better pun — “wake up with Evanescence” or “let Evanescence bring you to life”? The answer is neither they’re both too easy. The era-defining, emo rock band is back with an album of original music after nine years. Feeding The Dark still retains the Evanescence sound, yet introduces fresh takes so it doesn’t feel tired.

Joseph M at The Rustic
With the recent release of his full self-titled LP, you can enjoy a FREE show by this celebrated Denton musician. Including his solo career, he’s also a member of Midlake and has played alongside the likes of Rufus Wainwright, Elle King and Israel Nash.

Kurtis Conner at The Majestic Theater
Best known for his commentary YouTube channel — but real ones were there for his Vine days (RIP) — this Canadian comedian has amassed a loyal fanbase of more than three million subscribers. He’s been in the standup game for quite some time, but his ever-growing online presence has expanded gig opportunities into full-on tours. In fact, the Mayor of Kurtistown is so in-demand that an additional Dallas show had to be added.

Santa Paws at MUTTS Canine Cantina
All the dog moms and dads out there have the chance to get some Christmas cards done. The dog-friendly restaurant will have photo-ops with Santa and special treats like pup-sicles. With a partnership with multiple animal rescue organizations, there’ll be some friends on-site up for adoption as well.