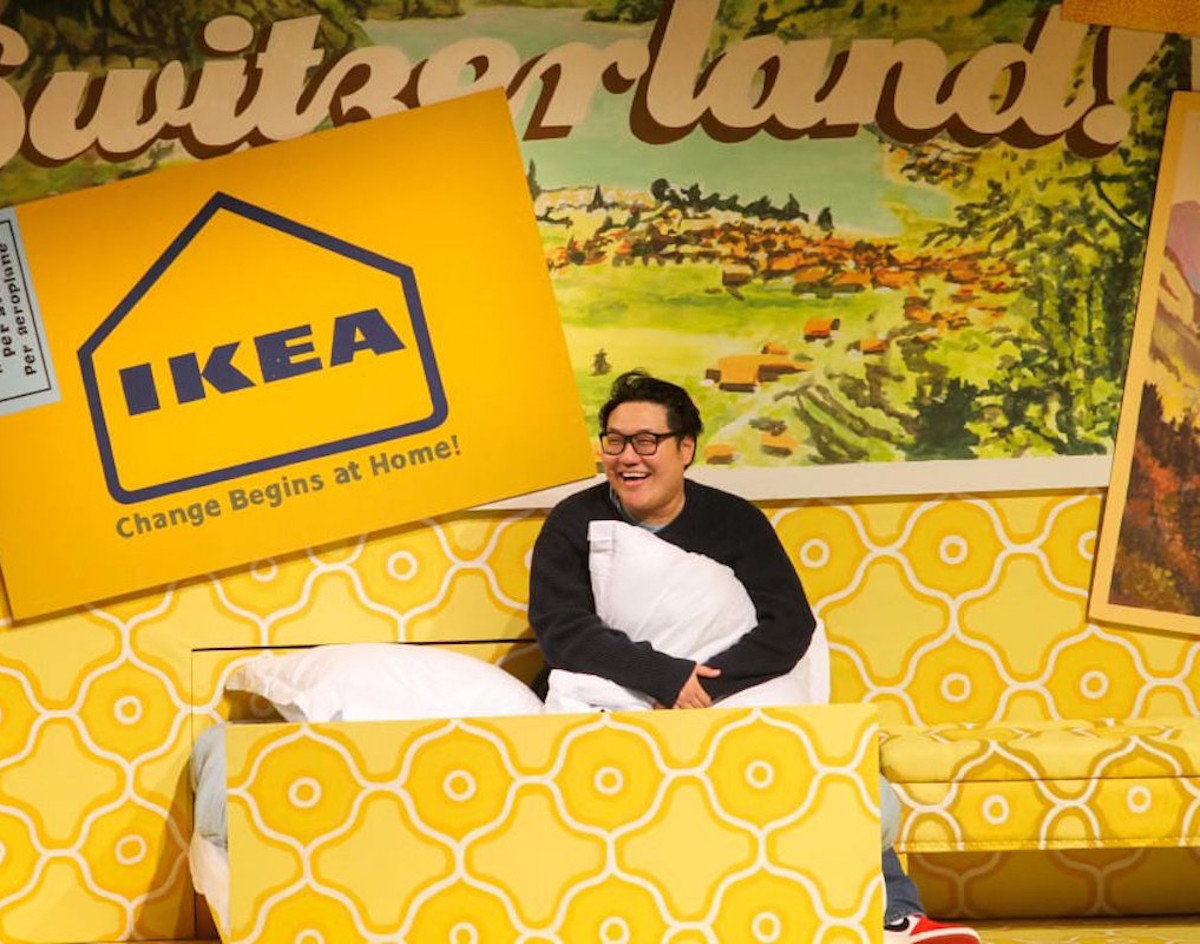 The Dallas-Based Actor Talks About What It’s Like Being ‘The Supreme Leader’, His Journey Into Acting And Why Representation Matters.

The Dallas Theater Center’s current show is a special one. A comedy inspired by the North Korean figurehead’s adolescent years he spent in Switzerland, The Supreme Leader is having its world premiere on the stage of Kalita Humphreys Theater after seven years of being in development.

Written by Don X. Nguyen and directed by Kevin Moriarty, it follows a 17-year-old Kim who attends a Swiss boarding school, grapples with becoming next in line, makes art, enters a love triangle with his manic-pixie-dream-girl best friend and obsesses over Michael Jordan.

It’s half true fact — he did spend his youth in Switzerland and loved basketball — and with Nguyen’s juvenile cast of characters, it strikes an interesting contrast between a silly coming-of-age story and the harsh realities of corruption and abuse of power. The play maintains a funny and light-hearted vibe throughout, with moments that’ll sting you a little bit, and delivers an absolute gut-punch at the end.

The man behind Kim is Dallas-based actor Oscar Seung. He skillfully plays the titular role with awkward sweetness and neuroticism, making you find yourself charmed by him before remembering who he ultimately becomes. Seung has acted in work such as Robert Rodriguez’s We Can Be Heroes and Hulu’s The Turkey Bowl, as well as provided voice work in anime and video games such as Attack On Titan, Borderlands 3, Free!, and One Piece.

We gave him a call to learn more about the show, his craft and whether Kim has caught wind of the production.

The Supreme Leader is running through November 21 with a virtual viewing available.

How did you get involved in the show?
I auditioned back in 2019. I was called in to audition, did the callback, then did a table read at DTC with the whole company. Then, of course, COVID happened — the season was canceled. Back in June or July, I got an email from the casting director asking if I was still interested and available and I said yes. So, it’s been a pretty long process.

Tell us a bit about your background — how did you get into acting?
I started out as a classical musician. I’m a classically-trained violinist and pianist, and then I went to TCU to study opera. I did all of that as a workaround for being onstage. Ever since I was a kid, I’ve always been fascinated by the stage. Even when I’m not performing, I love just walking around on stage for some reason. [Laughs.]

I never really saw a face like mine on stage. I’ve always wanted to be an actor, but I just assumed that it wasn’t a possibility for me, because of the way I looked. And so I worked around it, I decided to jump into music. I begged my parents for a violin and piano when I was 11 years old. We are an immigrant family and so they literally went into debt to put me through piano/violin lessons. When I graduated college, I discovered my voice wasn’t actually quite big enough for opera, so I went to nonprofit arts management.

One day, my husband sat me down and asked, “are you happy?” It made me do a lot of soul-searching and I discovered that, you know what? I’m still young enough that I can take a risk. I think I want to be an actor. And he was completely supportive. So I quit my job… and I just pounded the pavement and auditioned for everything and anything in the DFW theater community.

Who are your acting heroes?
I really look up to specifically, African American actors. The Black Lives Matter movement changed the industry forever. There’s been a seismic shift — for years the tides have been turning, there have been more opportunities for people of color to get involved on-screen — [but especially] after that movement happened.
Then the Stop Asian Hate movement happened… and our Black brothers and sisters joined us — I really felt like at that moment, the tides turned. From that point on, we really did have a seat at the table. It started with Black Lives Matter.

Many who pursue an acting career move to the hotspots like L.A. or New York, what made you stay here in Dallas?
It’s a family thing. I’m very family-oriented. We have had conversations about moving to Atlanta because of how hot the market is there.

When I became a professional stage actor, I joined Actors’ Equity, the union for stage actors, and all the work completely dried up in Dallas. I was no longer getting any callbacks because if they’re going to pull out of union contract, it’s going to go to the tall, handsome, white guy. There’s no room for people of color. That’s actually the reason why I got into film and TV.

The second I moved, it was pretty eye-opening. At my first audition with a film casting director, they were genuinely interested in me. They took the time to really get to know me in the room and I remember leaving the audition and thinking, is this what it’s supposed to feel like? To be that seen in the industry? I’ve really never looked back. I mean, anytime I get a theater offer, I’ll still do it because theater’s my first love, but it was just too heartbreaking to continue doing theater.

That’s really interesting because, from my outside perspective, I had always assumed that it was the opposite — film and tv are less diverse while theater is more.
That’s exactly what I thought, too! I will say this, though. Out of all the theaters in Dallas, the only theater that has ever continually called me back is the Dallas Theater Center. Every callback, every audition at DTC really helped me grow as an actor. So I’m very, very grateful for them.

In a crazy coincidence, you were born in Switzerland. Has that background helped you at all in this role? Or even help you get the role?
I have no idea. It’s a crazy coincidence. [Laughs.] I was born in Lausanne, Switzerland. And in doing research, we discovered that he [Kim] visited Lausanne three years after my family emigrated to the States. It’s so fucking weird!

But I think what helped me the most is just — I am an immigrant myself. I mean, he’s in Switzerland, in boarding school and North Korean. How do you assimilate into western culture? How do you fit the mold that society expects you to fill in western culture when you’re from the East? I know exactly what that’s like.

There’s a lot of discourse surrounding acting that roles of certain identities, such as nationality, should be saved for actors who match them. As a man of Chinese heritage playing a Korean figure, what are your thoughts on that?
Yeah, that’s something that we are all very sensitive about. We make the point that “Asian-American” — that label is not enough. Asian-American communities are not a monolith. So yes, there is now this conversation that’s starting on, like, should a Chinese person be allowed to play a Korean role? I’m still kind of processing this new world that we’re in myself. Now, more and more, there are opportunities for people of Asian descent. We’re very lucky to be in the industry in this time and place. Absolutely, though, that question should be asked again and again and again. The answer for me is, personally, I’m still figuring it out myself.

What’s your pitch on why people should come see the show?
[Sighs.] Oh my god. Well, the script is extraordinary — it’s funny as hell, all the topics are extremely relevant today, it talks about friendship and growing up. It talks about the idea of choice. Choice versus fate. But what’s unexpected is the ending. I can’t get over the ending. You can feel the chills throughout the audience. You will be laughing for the whole show until the very end, and then I promise you, you’ll be completely shattered and in tears.

It’s giving me JoJo Rabbit vibes. The comedic take on an oppressive leader, the theme of coming-of-age, an emotional ending.
It’s a really interesting study on chiaroscuro —light and dark. The best comedy is rooted in tragedy. And the most heartbreaking tragedy as elements of comedy.