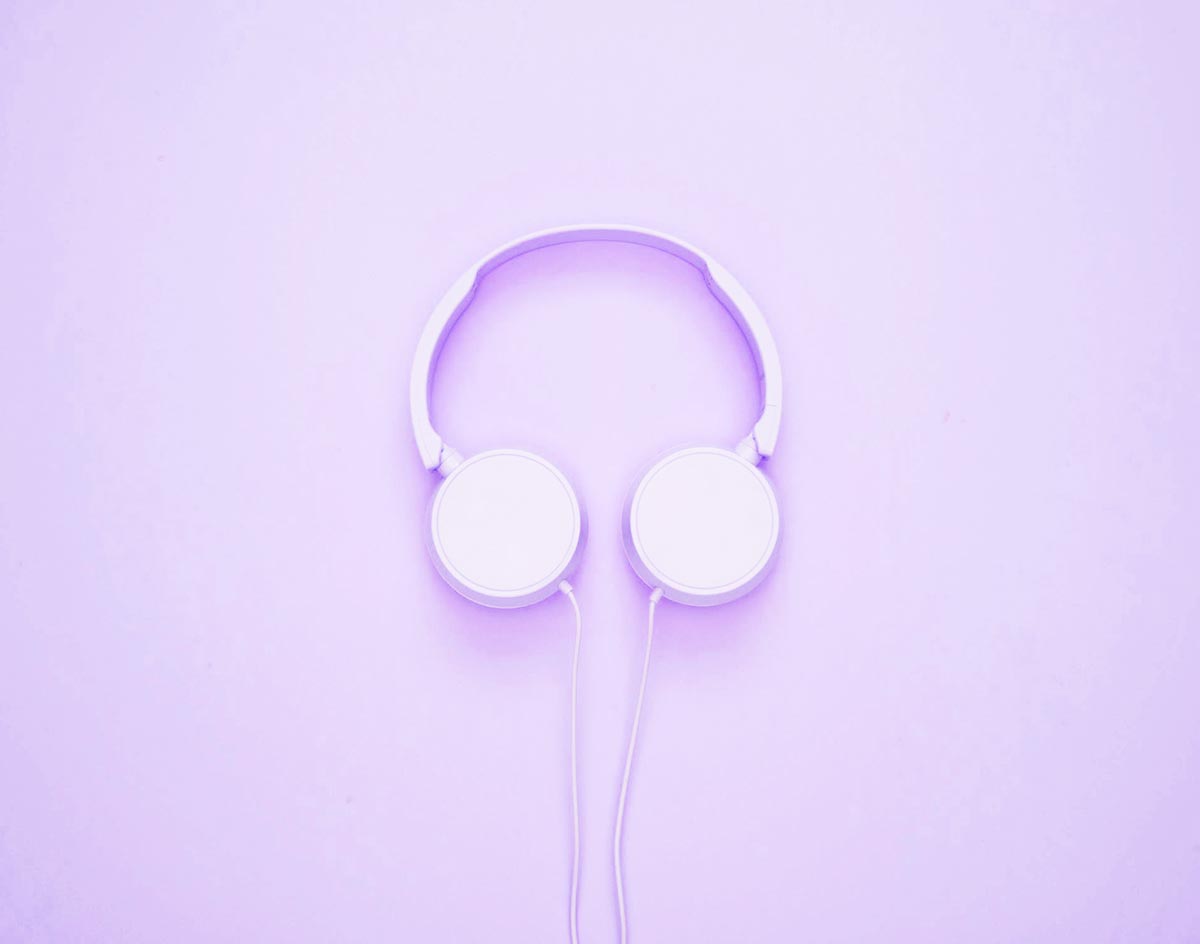 These Dallas-Fort Worth Podcasts Mostly Turn The Lens On Their Hometown, And They Provide Entertainment And Insight Alike In The Process.

If you’re in search of a new podcast to play on your morning commute, you have plenty to choose from: According to a Forbes article from May 2018, more than half a million podcasts currently exist for your listening pleasure.

But while the volume of podcasts available online can make it hard for a particular show to stand apart, allow us a suggestion: Subscribe to your city’s local podcasts, and especially the locally focused ones.

We promise, there’s real joy to be found in consuming this medium all farm-to-table-like. Listening to local podcasts can often feel like listening in on a really great bar conversation (and sometimes it’s exactly that), and if you’re not familiar with the subject matter, chances are it’s still something you should probably know about.

The podcasts fitting that bill here in Dallas-Fort Worth can be edifying, esoteric and even morbid, while also offering perspective and insight onto the region at large through their looks at Dallas’ history, culture and people. Better yet, these shows’ hosts aren’t just engaged with what’s happening in and around the city; they’re also mostly eager to put a spotlight on others doing important or unusual things for the community.

Like the region itself, the podcast topics that concern our Metroplex’s podcast pool are varied, and reflect a range of interests and perspectives. And if you’re looking to burnish your civic pride during your next long drive, prolonged housecleaning session or, well, whatever it is you do while listening to podcasts, these shows have you covered.

Among the more popular Dallas podcasts, this limited series charts the disturbing career, and subsequent arrest, of Dr. Christopher “Dr. Death” Duntsch. Hosted by former Dallas Morning News reporter Laura Beil, Dr. Death looks beyond the surgeon’s criminal negligence in the operating room and the hubris that pushed him to continue plying his bloody trade in order to let listeners connect with the people hurt by Duntsch. Beil also calls attention to the different ways in which hospitals, and our state laws, critically failed to take the scalpel from “Dr. Death” even after it became clear he was a danger to patients.

The Forgotten Maverick podcast is a dream project for any sports enthusiast who wants to discuss more than just stats and major stars. Each episode, host Mike Fraler goes one-on-one with former Dallas Mavericks players in interviews that can touch on their lives, their careers and their time — no matter how short — with our local NBA team. In addition to gaining firsthand accounts of different Mavericks eras, listeners also often get an idea of what it’s like to have a tenuous hold on life in professional sports.

Between them, co-hosts Ed Werder and Matt Mosley boast more than four combined decades’s worth of covering the Dallas Cowboys and are thus rightly considered among the more trusted media authorities on matters regarding the team. Sometimes with the help of guest experts and insiders who come along for the ride to provide valuable insights of their own, Werder and Mosley’s show offers a learned perspective for the live-or-die Cowboys fans among us.

De Colores Radio invites listeners to drop in on matters of culture, pop culture and news, and provides a platform for local artists and businesses as it does so. The program also foregrounds matters relevant to the local Latinx community. Produced by De Colores Collective, which was co-founded by Eva Arreguin, Patricia Arreguin and Rafael Tamayo, this Rafael- and Eva-hosted joint garners attention for Latinx-owned arts and businesses across Dallas, and provides a platform for communities of color and the LGBTQIA community in the region at large. Outside of the digital airwaves, the collective also hosts special events that help bring our city together and creates more chances for the many under-appreciated and deserving voices in the community to be heard.

C’mon, I would never do something as gauche as picking a podcast just on the strength of its name. However, if I were to stoop to something so base, it would only be for a name as good as Jerry Jonestown Massacre. Luckily, I can include Jerry Jonestown Massacre in this roundup with my integrity intact, as the podcast helps local musicians and artists — mostly working on the FW side of DFW — to raise their profiles and introduce themselves to new crowds. While the show’s Facebook page literally refers to its hosts’ interactions as “bar talk,” this crew at least has the wherewithal to drink with interesting folks; Jerry Jonestown Massacre frequently features people plugged in to Fort Worth’s music and arts scene, making their long-running show a great resource for anyone interested in the cultural happenings in Tarrant County.

The Sinisterhood podcast has a zeal for the morbid and the mysterious. Co-hosts Christie Wallace and Heather McKinney move freely in search of the frankly alarming number of macabre rumors and vicious crimes that have shaken communities far and wide. Yes, that’s right: Their topics can stray far from home. But Sinisterhood merits inclusion here on the strength of two episodes it shared at the end of November last year that brought them back to Dallas to break down the many components of the JFK assassination. While there’s no shortage of coverage concerning the shooting of President Kennedy, a study through the Sinisterhood lens clarifies its role in our local (and national) lore — as well as our local (and national) history.

The Tex Arcana podcast is relatively new, with only two full episodes and a mini-episode to its name. That said, its second episode gives an account of the La Réunion colony, an attempt by French settlers to create a small utopia at the edge of Dallas in the 1850s. It’s a seemingly small event in the grand scheme of the city’s founding, but the episode helps weave the settlers into the story of how Dallas was shaped while being unsparing in its description of how much they struggled. Tex Arcana digs into how the physical toll of settling any new land would be exacerbated by our region’s parched, unforgiving climate; descriptions of the settlers’ experience can make you feel the weight of caked dirt on your clothes and taste the humid, gritty air with every breath.

Last week, D Magazine editors Tim Rogers and Zac Crain shared the 100th episode of the podcast they record at the East Dallas pub The Old Monk. The premise? They grab interesting people with ties to the city, then chat with them about their lives and what’s going on in Dallas. We’re talking really interesting people, too. Like Real Housewives. And billionaire NBA team owners. And even the guy who edited this piece!

Looking for local sports coverage? Ready to chat about television and other media matters? Itching to learn about the city’s seedy underbelly? The Dallas Morning News probably has you covered through its multiple programs on Audioboom, which allows news junkies to enjoy a different format for the varied news and entertainment content they normally receive in their paper. In addition to keeping up with current matters, you can also find deep dives into single stories: My Aryan Princess is a seven-part true crime series that can guide you through the wreckage of a life lived among white supremacist gangs.

The Dogger and Muddy Music Show is tuned into Dallas’ music scene and its history. Local musicians and industry figures sometimes join the hosts to expound on their favorite artists and genres, indulge in nostalgia and let listeners hear how music can still excite seasoned performers and aficionados. The show invites everyone to appreciate how music in Dallas has grown and changed over time, while also giving credit to the way artists can directly give back to the community. Last year’s Halloween episode shared the story of Cafe Momentum, which helps young people regain their footing after release from juvenile facilities.

The hosts of Good Culture Plus break down matters of music and culture for their audience. They offer perspectives on major entertainment developments and news stories, and they bring in the people and performers who are making Dallas interesting as guests. The often inspiring conversations that result from this formula mostly center around Dallas trends, artists and movements worth knowing about — and, thanks to their first-hand insights, they tend to frame the perception of these things, too.