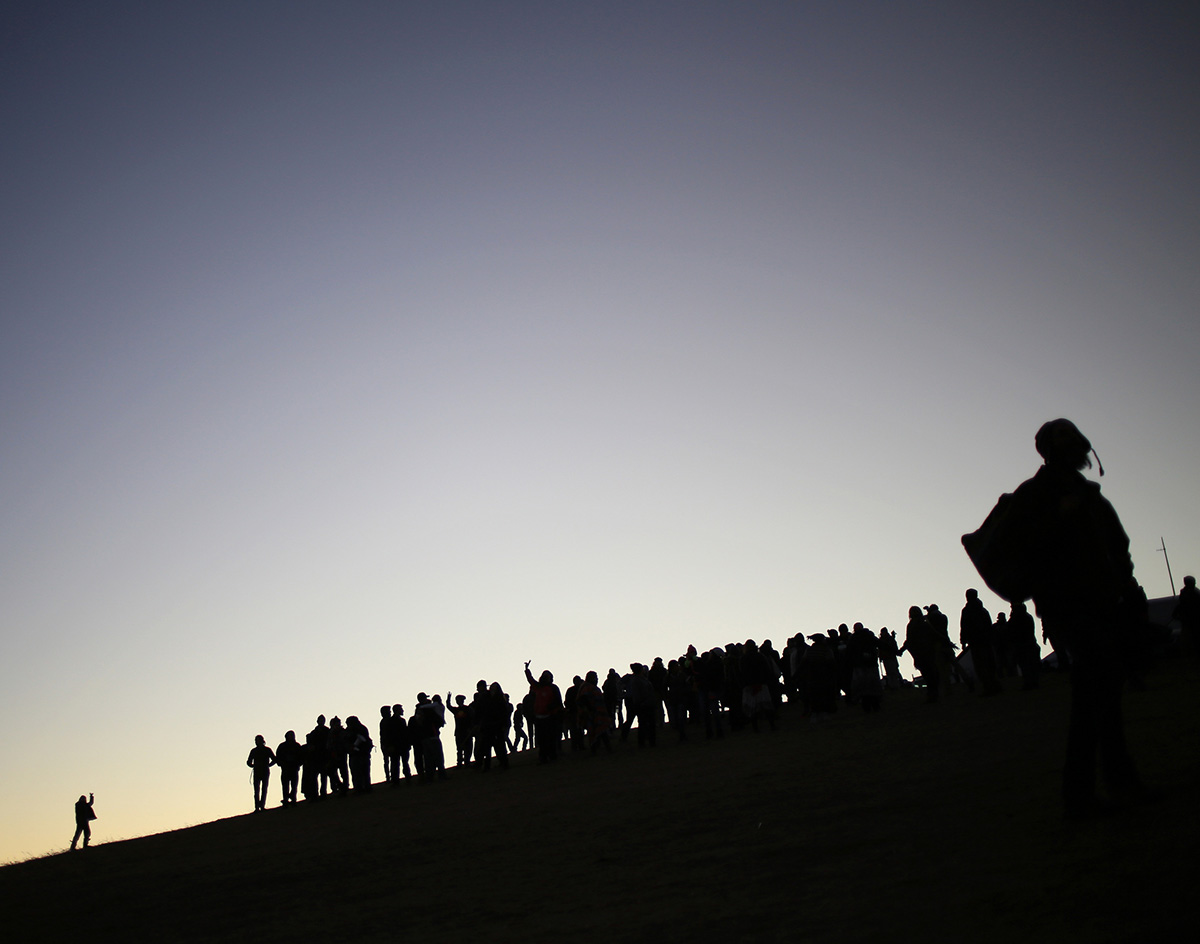 Dallas Photographer Dylan Hollingsworth Looks Back At His Recent Journey To Standing Rock, Shares The Lessons He Learned There About The People Fighting The Dakota Pipeline.

[Editor’s Note: Dallas photographer Dylan Hollingsworth recently trekked to North Dakota to witness firsthand the fight against the Dakota Access Pipeline. He is currently at work on a portrait and storytelling project about that situation. In the meantime, he has passed along the below retrospective of his journey to help our readers get a grasp of what the situation at Standing Rock is truly like on the ground level.]

The sunrise that followed our recent election found me on a North Dakota hilltop, searching for a phone signal and, upon finding one, trying to make sense of the consensus reached by so many of our fellow Americans.

In a moment when I was questioning this country — and the sanity and goodwill of the people who comprise it — it felt fitting that I should be doing so on a Native American Reservation in Standing Rock.

Someone once said a country gets the leader they deserve. I’m not entirely sure if I believe that. But on November 9, I stared out over an encampment of 2,000-plus people who had gathered to address the most recent in a string of broken agreements that the United States government has defaulted on with the original inhabitants of this land. Given this history, if one is willing to look beyond a public school history book, perhaps Trump is our karmic debt — or at least of a symptom of it.

As I struggled to make sense of it all, an Elder here expressed to me that, while some of us may have some adjusting to do in this age of regress, he and his people were accustomed to it, having been on margins ever since the white man first came. 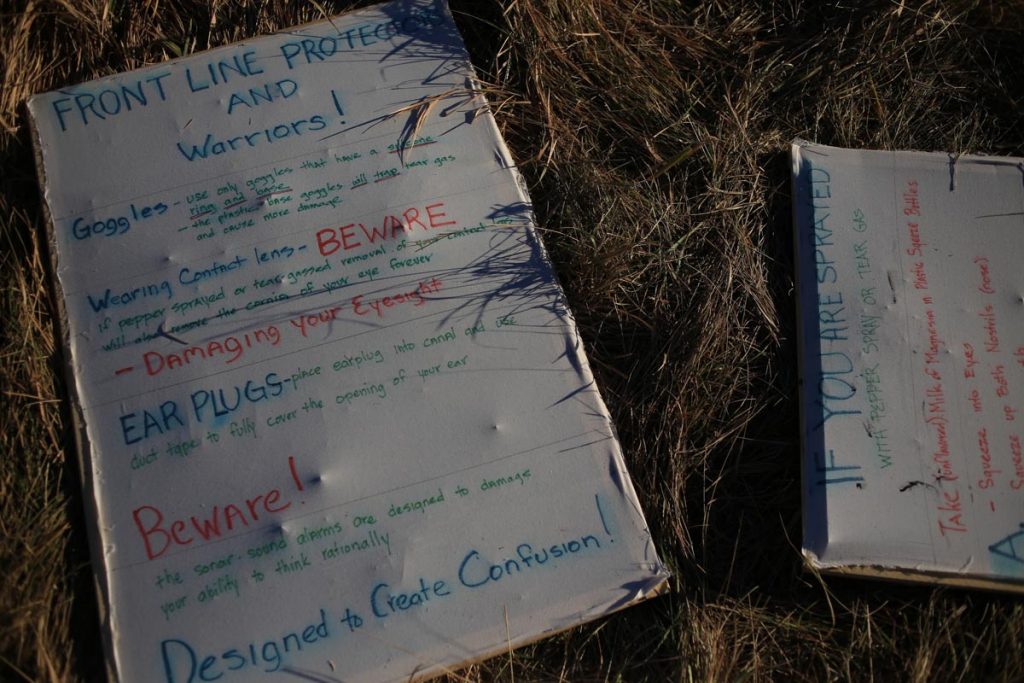 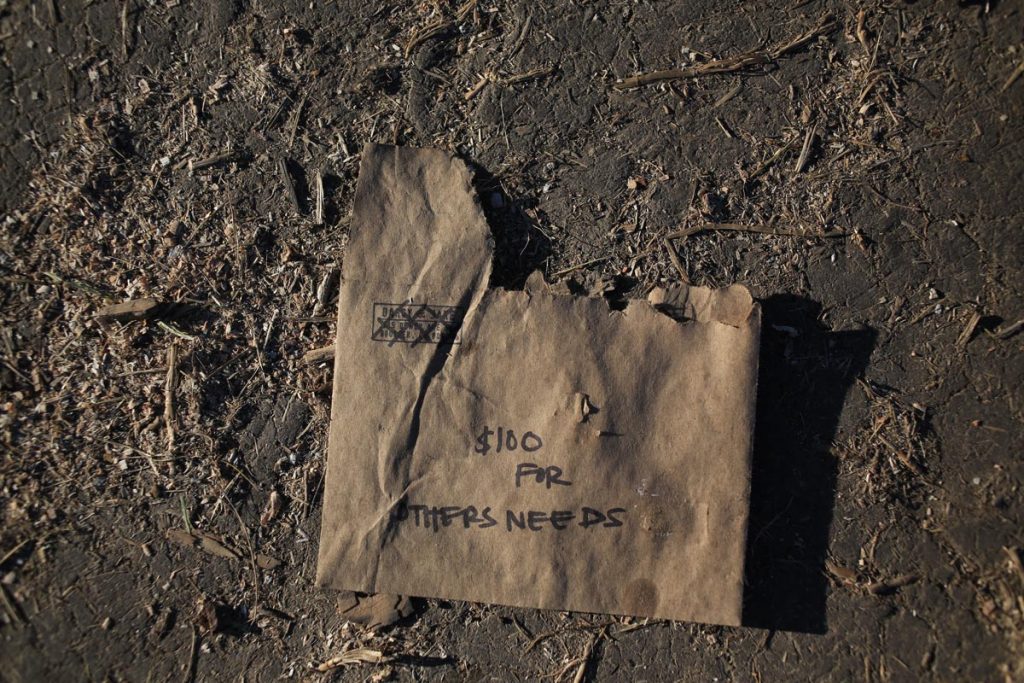 It was this Conquered History, and the threads that linger to this present day, that I came to Oceti Sakowin Camp to learn more about.

For many of us, the Thanksgiving season recalls the headdresses and Quakers’ hats that we fashioned in grade school, enacting a sanitized story that didn’t quite capture the ethnic cleansing that quickly destroyed the Wampanoag and spread west. Since my re-education, I’ve found that very few people, Native or Non, are well-versed in Native American History. Even fewer are familiar with Lakota-specific history: the Fort Laramie Treaties; the Dawes Act; the 38 Lakota hanged in what was the largest public execution in US History (ordered by Lincoln just 4 days after signing the Emancipation Proclamation); the Gold Rush-inspired theft of the promised and sacred Black Hills; and the century-later Supreme Court-sanctioned reparations for this crime — reparations that were never accepted by the Lakota because The Black Hills Are Not For Sale.

I know that’s a lot at once. But as Lee Plenty Wolf, an elder from Pine Ridge told me in an interview,  reckoning with this history and and it’s implications on present day would require “a person who really wanted to learn.” It might be more useful to some to outline the particulars of this fight. And yet I find myself less concerned with carts and horses, and more attuned to the roads they travel and how they were laid.

So I went to learn about those roads and to gather stories that would allow others to do so. 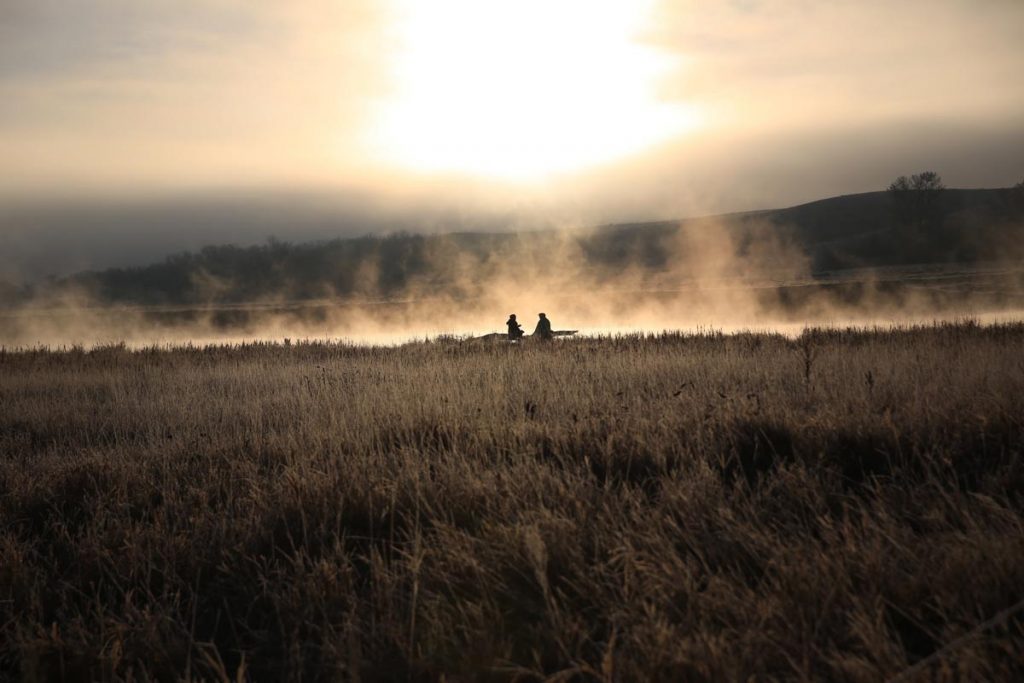 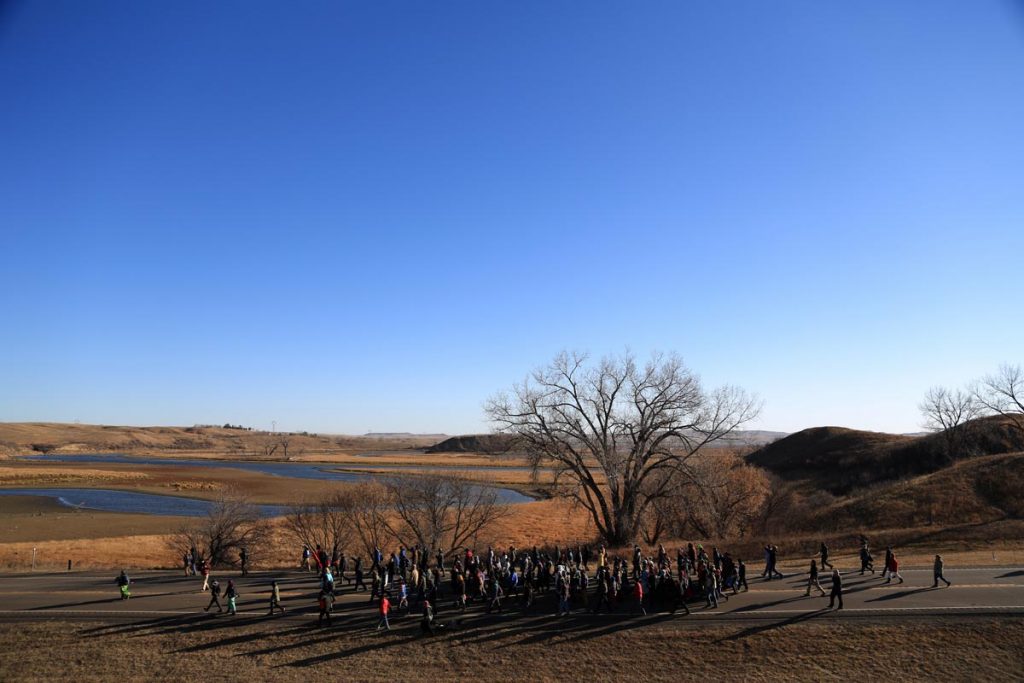 Our present exposure to the Lakota and Friend’s resistance to the Dakota Access Pipeline is generally steered by the influences that big oil and corporations have upon our media and those who consume it, and Leftist information sources that nobly seek to defend the marginalized but typically only find sympathy among their readership, who need little conversion.

I had this grand idea that I would go gather People’s voices — the most powerful force humanity has known — and somehow find a centrist platform that could amplify them to the unaware. From teepee to tent to yurt I walked, collecting an amalgamation of perspectives, grievances and central convictions.

The camp itself is a marvel of grassroots human cooperation. It’s clean and extremely organized in spite of the convergence of so many modalities of living. Each day begins around the Sacred Fire, which burns continuously and is a living remnant of a fire that has been burning since the camp’s founding. Wood is shipped in, split from sun up to sun down, spread throughout the camp and lit to keep off the cold of winter that has now arrived. Solar panels and the occasional windmill are the camp’s sole power sources. And the exchange of money is strangely absent in Oceti Sakowin. The women of the camp lead a water ceremony each morning, offering it to any who will extend their left hand to be filled. Following this circular offering, they lead a procession to the river, singing, praying and inviting all who will join in to do so. The protestors — or Water Protectors — are fed and energized by a ceaseless team of food sorters and preparers in pantries and kitchens spread throughout the camp. My favorite was Winona’s, where a 100-gallon cauldron is permanently fixed over a fire, filled with bison, cabbage, potatoes and spices, and stirred with an actual shovel. 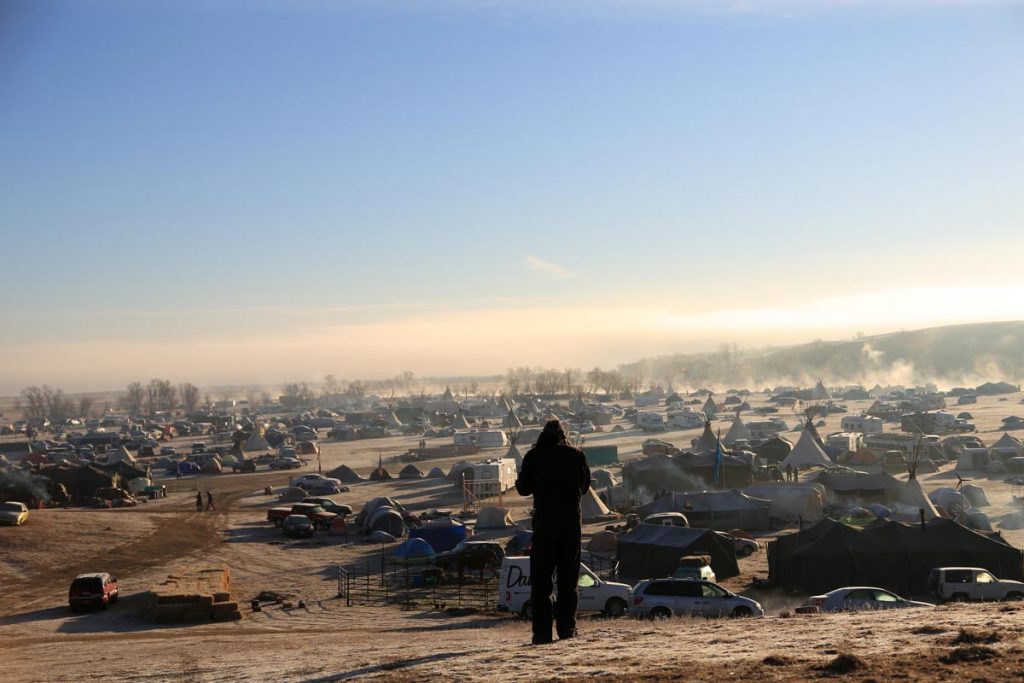 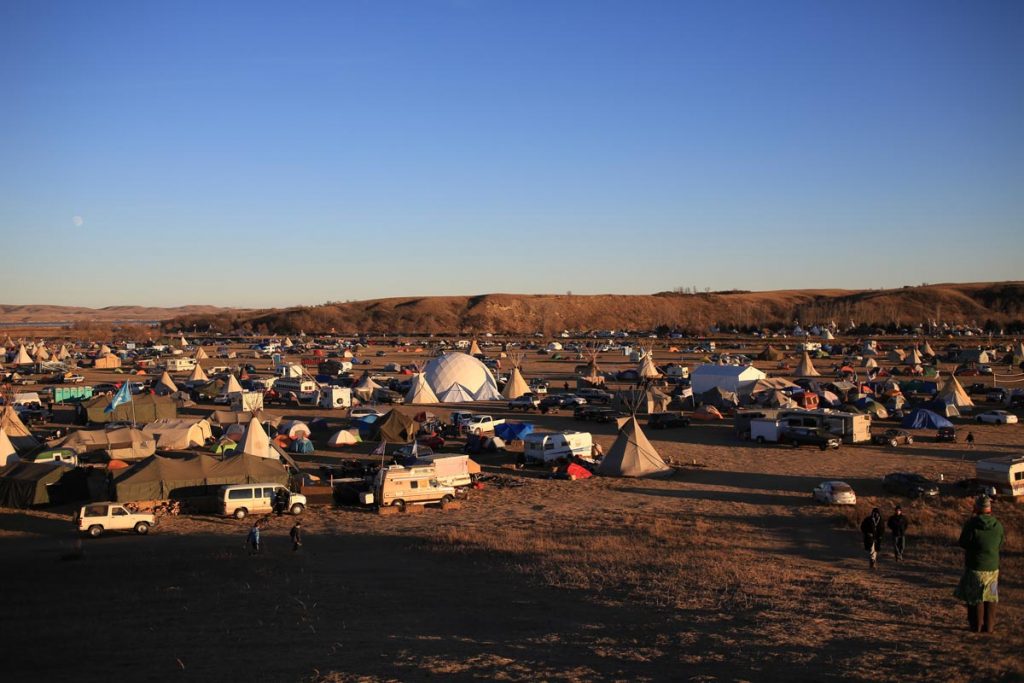 Another aspect of camp life that has found little to no media coverage is the security team — a band of men bearing walkie talkies, often dressed in black and making sure that all residents are living respectfully according to tribal customs. All actions against the DAPL and its allies in the Morton County Sheriff’s Office must first approved by elders and must second remain prayerful and peaceful.

Also assisting in this collective well-being are multi-approach health clinics, a school for children, daily training for non-violent direct action, legal tents aiding those arrested and the continual arrival of new residents. These cars, buses and airstreams carry folks from Denmark, New Zealand and Japan, to name a few distant beginnings, and the camp now claims representatives from over 200 Native American tribes on top of that. Regardless of one’s ideas of politics and spirituality, there is a dynamic of relationship, commonality and community here that I have found in few other pockets of Western society.

Indeed, the camp is a small city on its own. And, of course, it is not devoid of those who are here just to give their lives an added sense of meaning. As with any protest or movement I’ve covered, there will always be among the throngs those not properly grounded in the facts that support their anger. There are also, as expected, plenty of social misfits who find that causes like this give them a place to sustain their rootless life under the pretext of purpose. Many outlets and schools of thought couple these folks with the clashes that Water Protectors have had with authorities, and tell you that these parts, if they actually show any wrongdoing of the DAPL resistors, represent the whole. 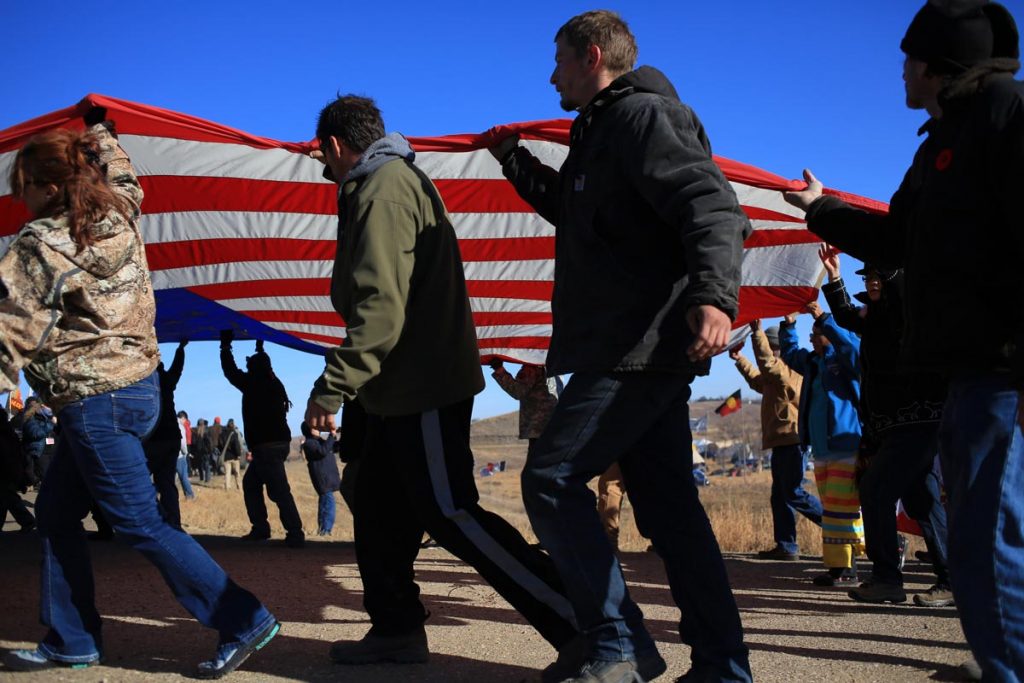 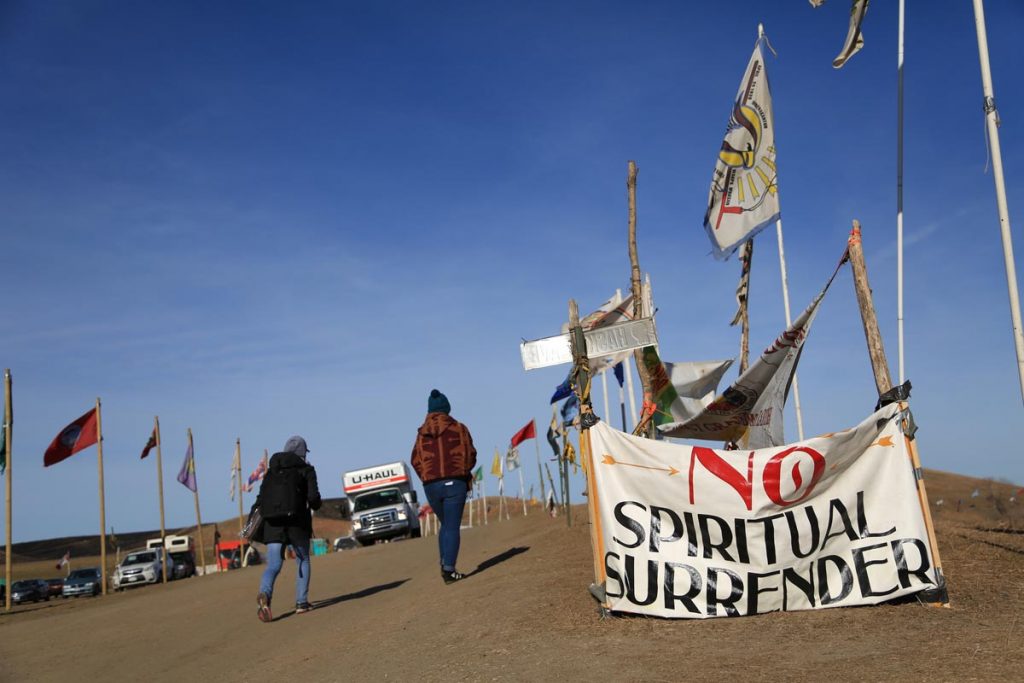 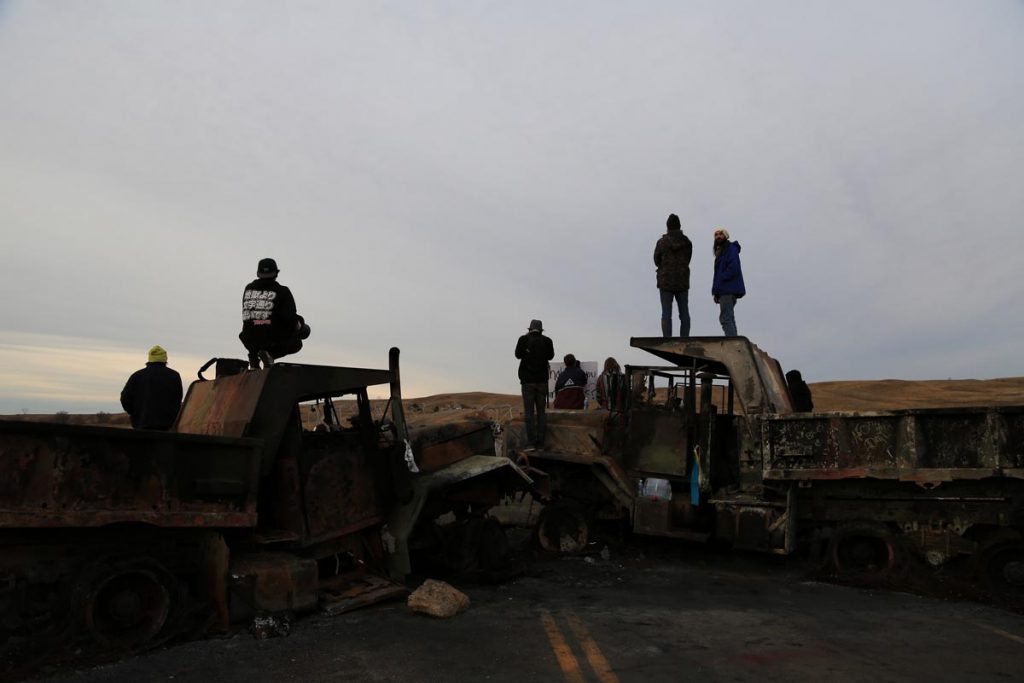 As a society, we seem to ask that others regard the finer points of our perspectives, but we quickly latch onto the lesser points from those whom differing ideology pits us against. And yet no one person or peoples are merely one single thing. Our traits, motives and actions are varied. So many of my more liberal-thinking friends poked holes in the Tea Party, citing the uneducated lots that brandish antiquated weapons and ideas on courthouse lawns, all while missing some of the finer points of that movement itself. The same can be said of the Occupy and Black Lives Matter movements. It seems we have come to mistake the form for the essence, the faults of the loudest and most visible for the actual virtue of the collective. That’s why human stories and voices are in this age the most powerful tool for progress and reconciliation that we possess. Until I had heard the voices of the Water Protectors, I couldn’t say that I fully understood this movement. More important, I couldn’t properly decide where my moral compass would ask me to stand in regards to it.

I wonder what the world would be like if we all dropped the certitude and looked and listened a bit more?

For now, though, I see that we Westerners are mostly divided. We are Black, Blue, Blue, Red, Quakers, Wampanoag and the many indifferent in between. Our Lakota brothers and sisters are calling us to rediscover unity through our shared human need for water. Over and over, they remind me that we are not just standing for their water but for our collective waters, as all rivers eventually reach the sea. This planet surely has limitations, and those who use it most say we need to return to a position of stewardship, instead of acting as its primary beneficiaries.

While such words are often associated with sage-burners and tree-huggers, it is of note that the people of Bismarck, who are 91 percent white, also opted not to allow the pipeline run across their watershed for fear of contamination. Their wishes were followed — a telling fact, certainly. 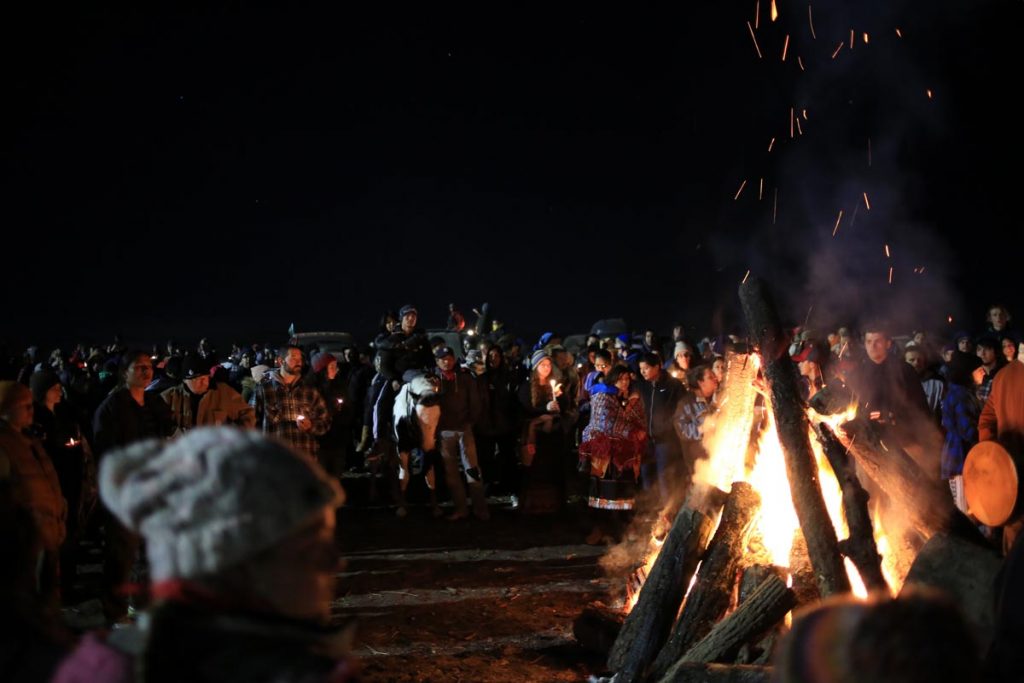 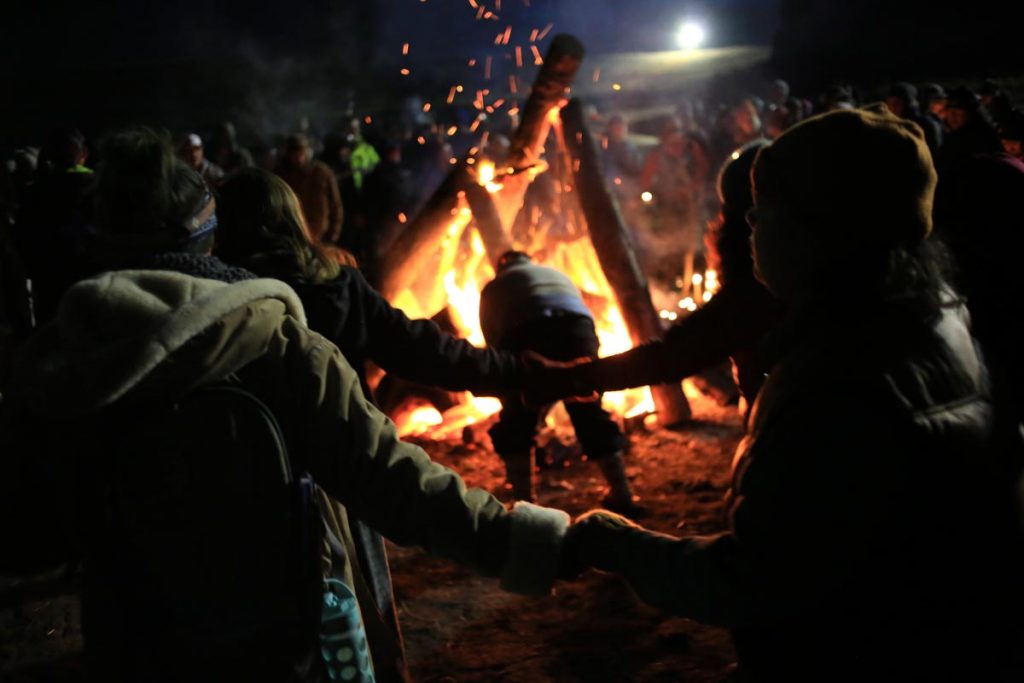 Perhaps our country’s karmic debt will be lessened when we in power, or even at base level, cast our concern to the historically marginalized and underserved, and publicly say that their voices and stories are important to us. Those who acknowledge the past transgressions towards the Natives when resources and profit were to be had likely can’t ignore the present parallels. Because we are at that fork yet again, this moment has become, in at least some small way, a chance to atone, to do our small part to repair something that was broken long ago and too often has remained so.

This is why I came to Standing Rock, to do what I could and to listen to voices.

I experienced this successfully with the Protectors of Standing Rock. And yet I realized too that it would only be fair that I at least try do so with those on the other side of the issue, too.

Alas, razor wire, tear gas and militarized police have an ability to discourage even the most willful. So, instead, I put in a few phone calls. But the only words I heard when I listened to this side were “no comment.”

And so I stand With Standing Rock. Because, whether we on the whole acknowledge it, they are standing with and for us. 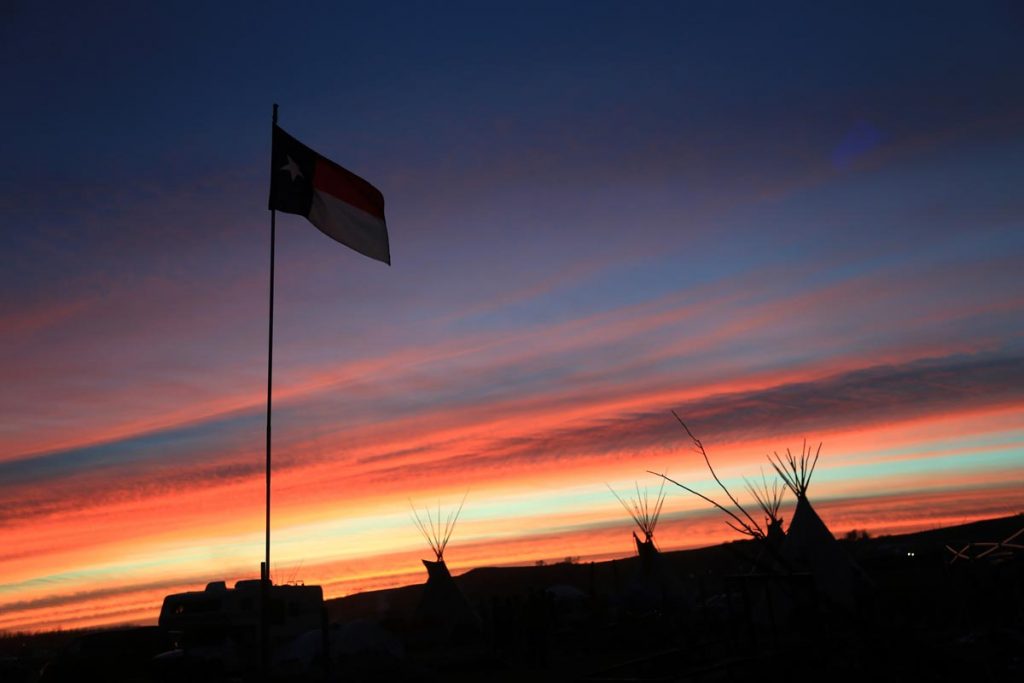 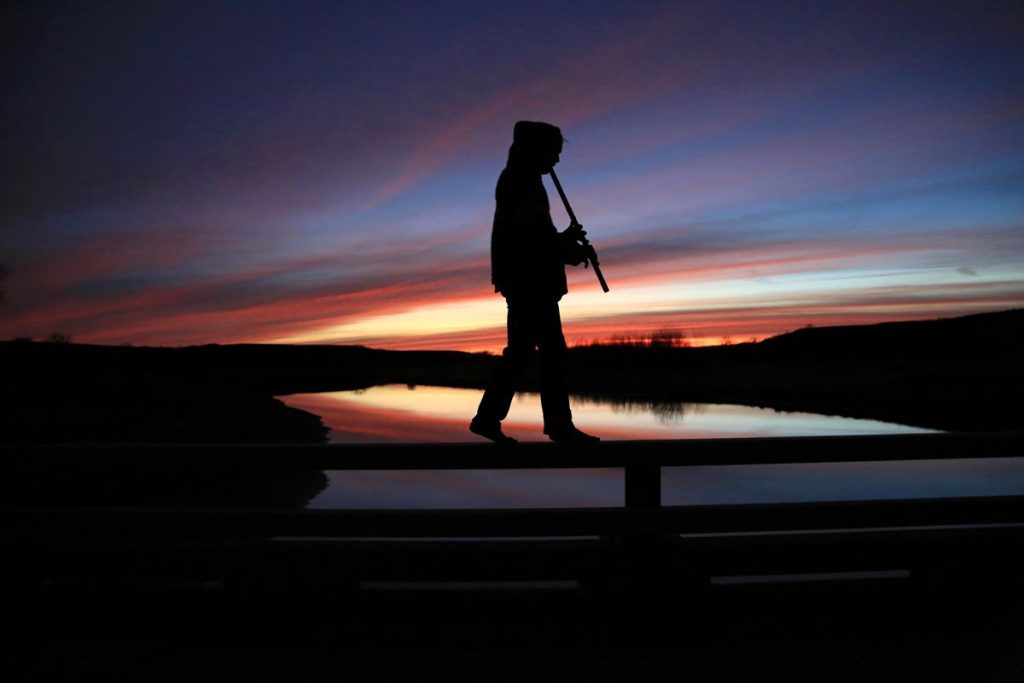 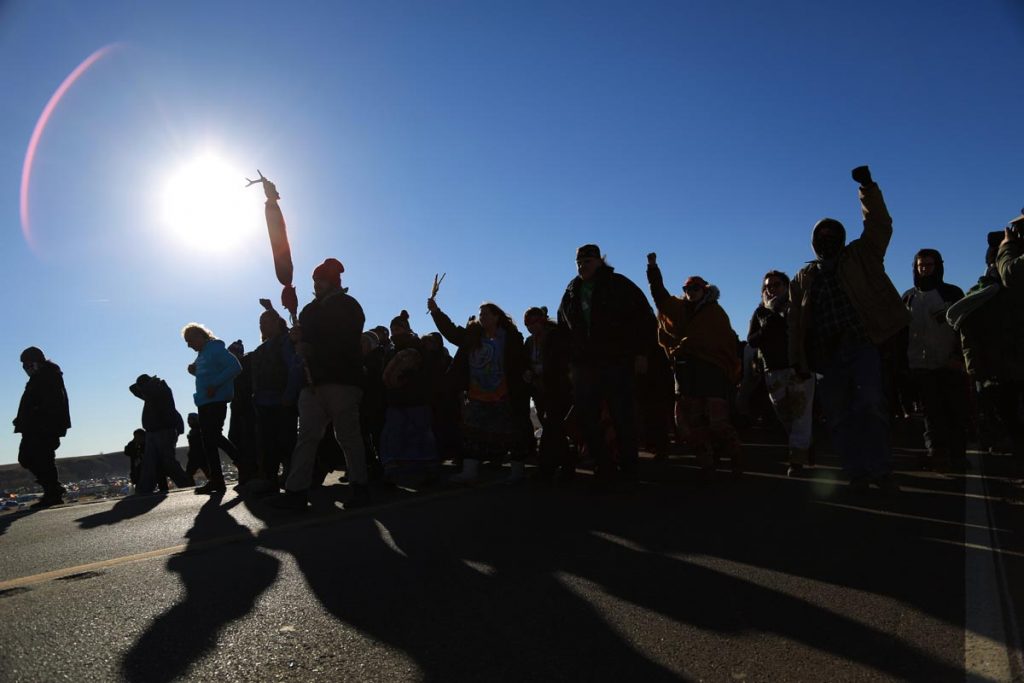 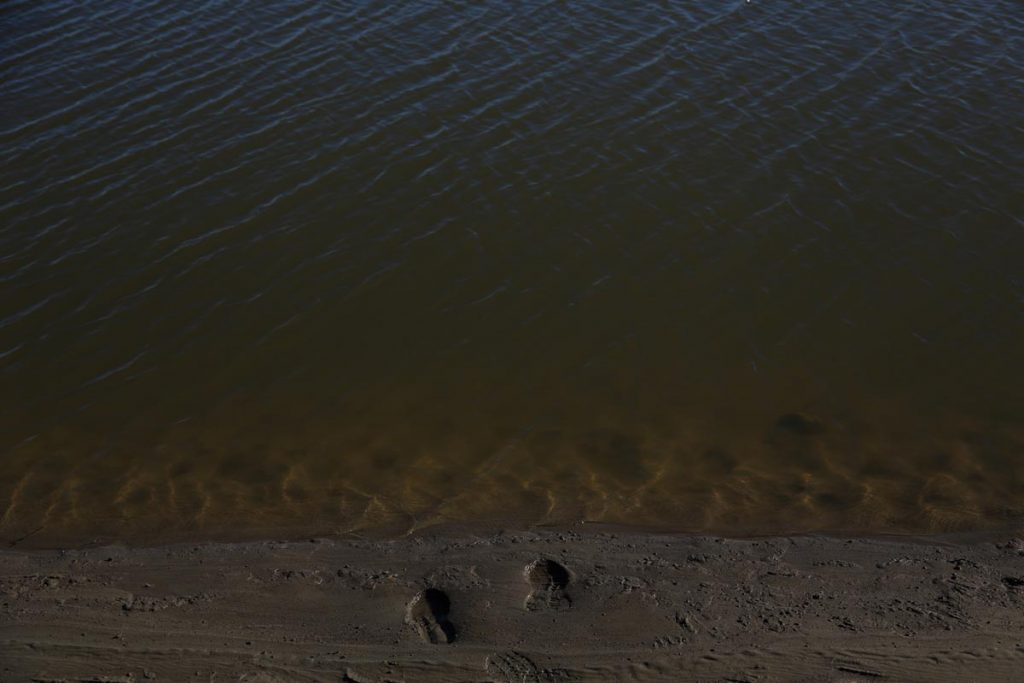 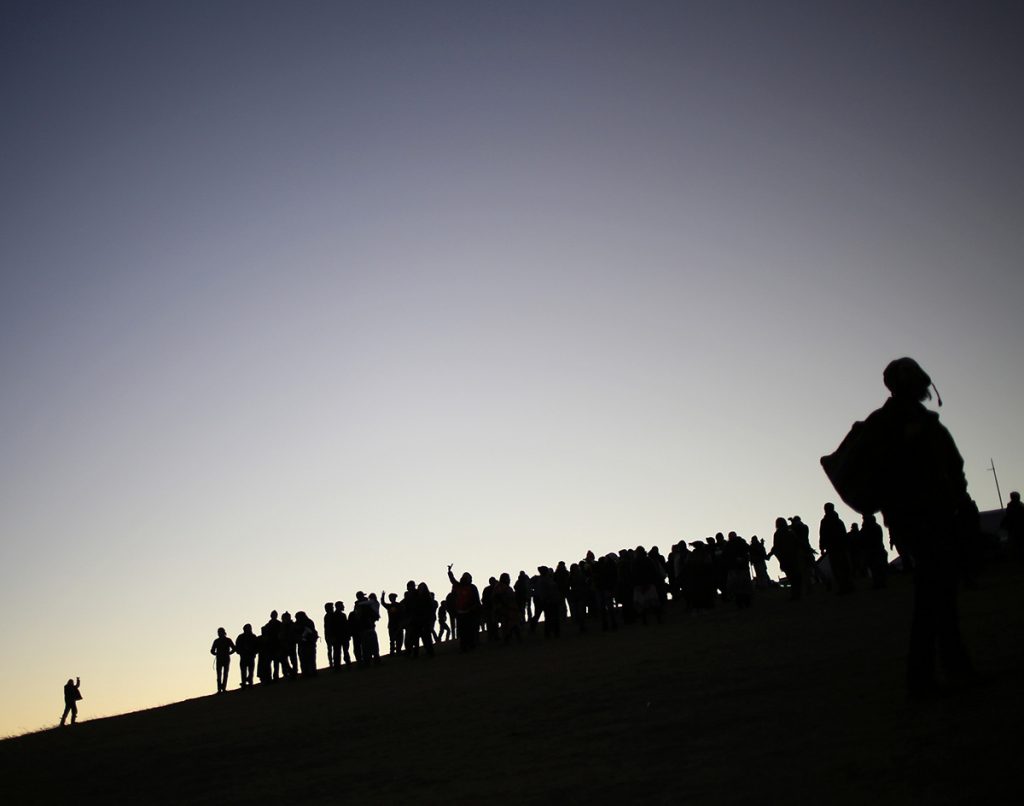 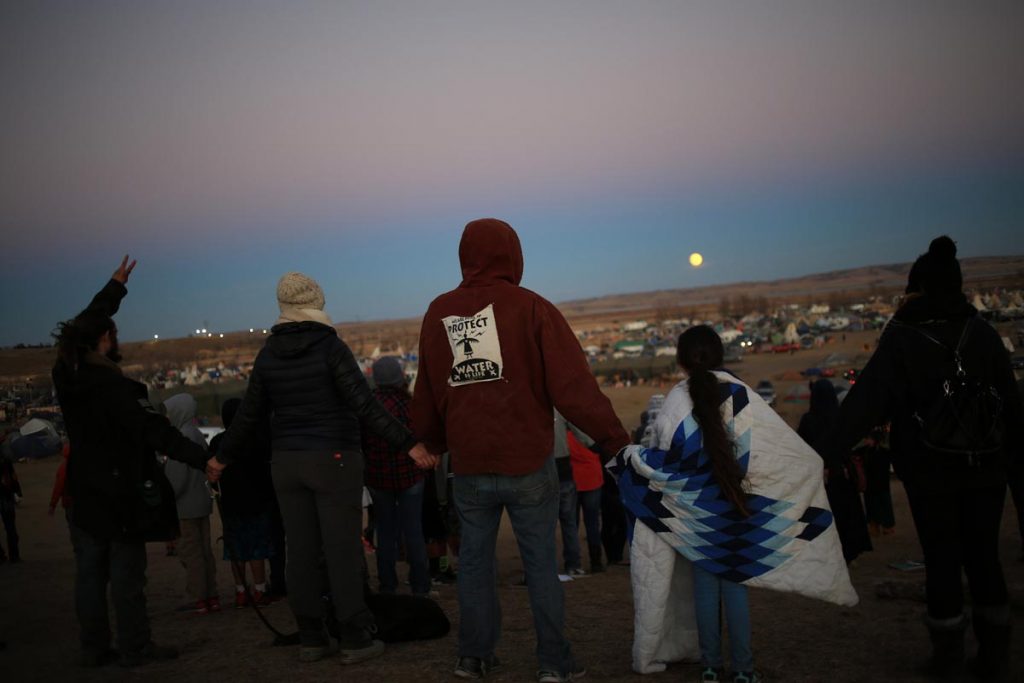