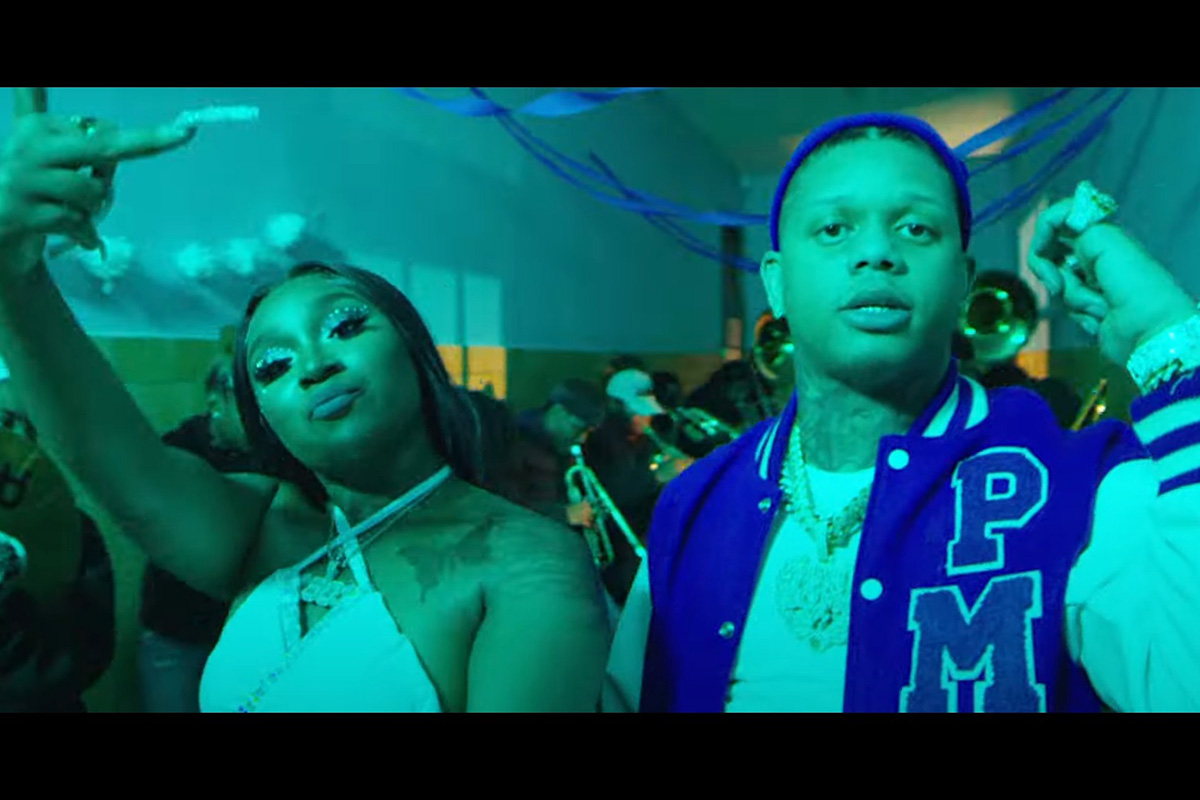 Dallas Is Once Again Making Noise With This Bouncy New Single From Two Of The City’s Most Dynamic Rappers Out Right Now.

On the aptly-titled “Star”, Beezy enlists his fellow Dallas native Erica Banks, who is currently mounted at the pinnacle of her success thanks to the omnipresence of “Buss It” echoing throughout every corner of social media right now. Banks, who took home our nod for Best Female Rapper at the 2020 Central Track Music Honors, has rapidly risen through the Dallas rap ranks following the as-of-late footsteps of Beezy and Trapboy Freddy.

Knowing the “That’s On Me” rapper’s penchant for linking up with hometown artists — if you’ll recall, he dropped a full mixtape last summer with Freddy titled I’m My Brother’s Keeper — it doesn’t necessarily come as a surprise he would tap the up-and-coming Banks for this one. We just didn’t know it would happen so soon!

Joining Beezy at the production helm of this track is frequent collaborator Monstah Beatz for what is likely just a taste of what they’re cooking up on the former’s upcoming album, Blank Checc. (The album’s title is inspired by the 1994 Disney film Blank Check — taste!) “Star” samples “Da Butt” by go-go band Experience Unlimited for a funked up element embedded into an otherwise youthful and modern hip-hop cut.

The video for “Star” is a college-inspired set that opens with scenes from “Tricks & Tips Class 101” led by professor Beezy. Lessons include “how to be a boss ass bitch”, “kitty care – how to keep that kitty clean” and “twerking tips & tricks.” Where do we enroll?

In one perfectly symbolic scene, Banks shows up to class as the new kid, makes another classmate give up her seat and, eventually, swings a lock of hair in the air (because she’s about to scalp us with her flow-switching verse, reader) before bussing it back. By video’s end, the two rappers are shutting it down in the halls with a full marching band.

What’s made especially clear, though, is Beezy’s setting the stage for yet another homegrown artist to bolster the long overdue recognition of what Dallas has to offer the national rap arena. The city is mobilizing strength in numbers, and with the addition of Erica Banks, Dallas is ready to dominate.