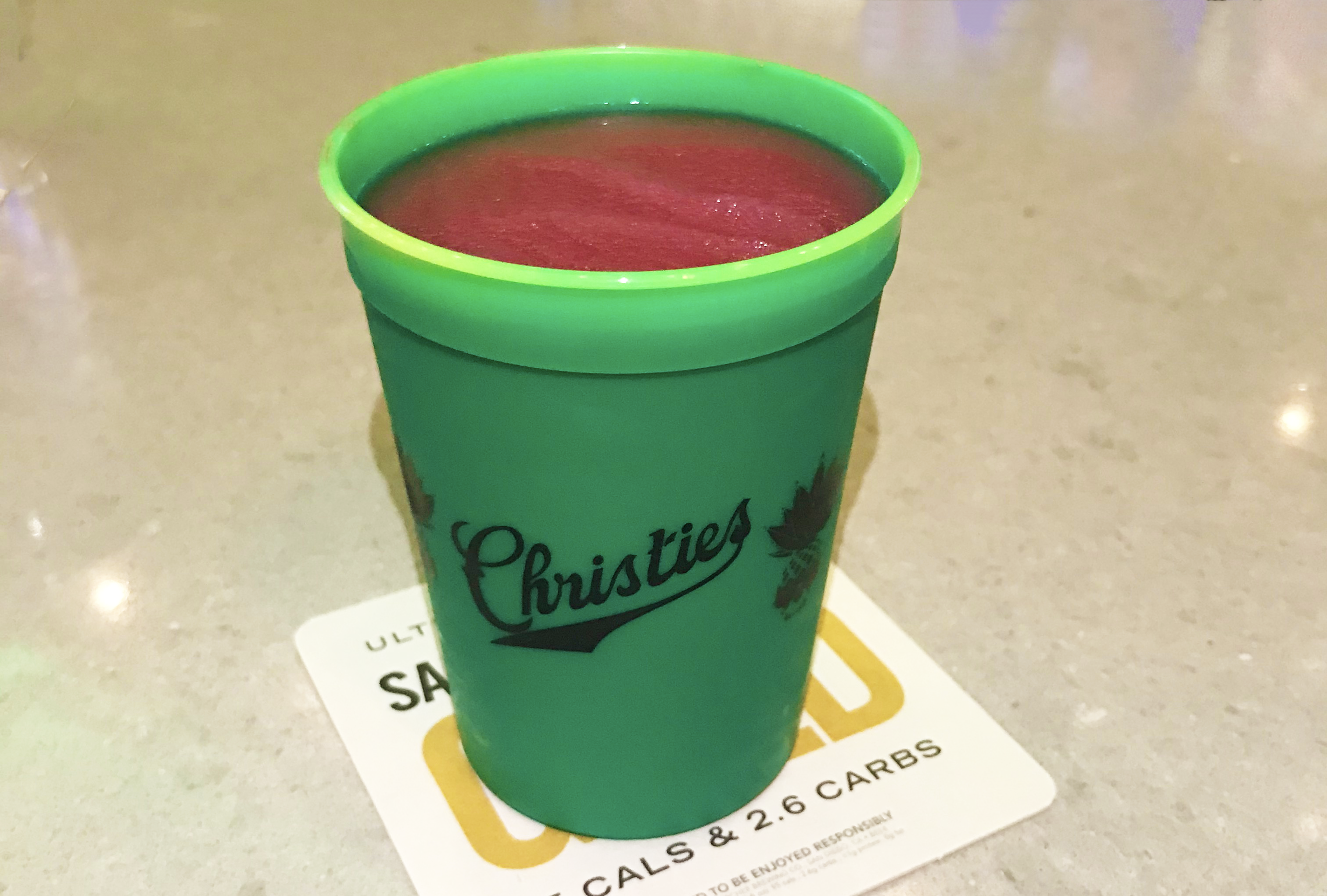 A New Frozen Pineapple Tequila Cocktail That’s Served In A Color Changing Cup Celebrates The End Of A Hiatus With Some Much-Needed Summer Flavors.

Where to get it: Christies Sports Bar. (2817 Greenville Ave, Lower Greenville)

When to order: when you want to get straight to business after a long hiatus.

A little more to sip on: A sports bar is probably the last place you’d expect to get a frozen cocktail.

Most of the time, folks who walk into a sports bar want nothing more than a simple shot and a beer. But this is Texas, baby! We like our cocktails frozen and conveniently served out of a machine year-round — yes, even in the middle of winter.

And is there a better way to celebrate the end of a Dry January run than with a frozen tequila cocktail at the beginning of February? I’d argue no. 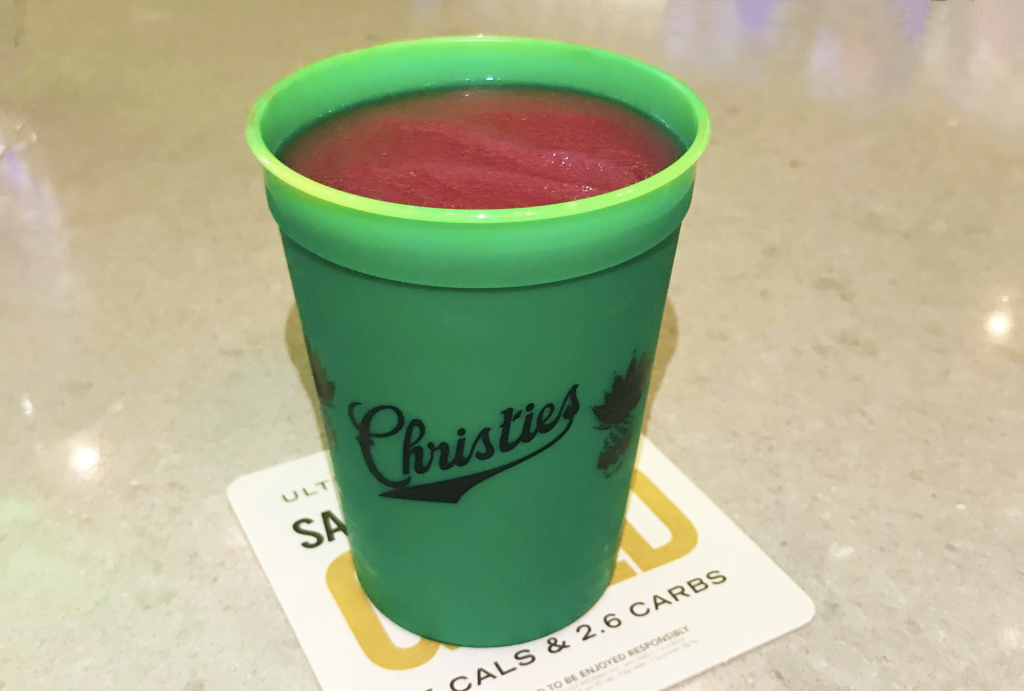 Making this cocktail order even more fitting is the fact that Christies is celebrating its own return from a hiatus these days! In July of last year, after the second wave of closures that rocked the service industry, the original Christies that sat on McKinney Avenue for 29 years announced its closure due to COVID-19. Then, just before Thanksgiving, Christies announced a revival and a new location on Greenville Avenue that would arrive sometime in early 2021.

Staying true to that promise, Christies has now officially reopened, and with many of the same familiar elements of the original location, including a giant bar, a swath of huge TVs hanging overhead that are constantly blaring various sports matches and, most importantly, a building peppered with good folks just like before — all of which is great news for the service industry, and even better news for the regulars that contributed to this spot’s longstanding Cheers-like reputation. 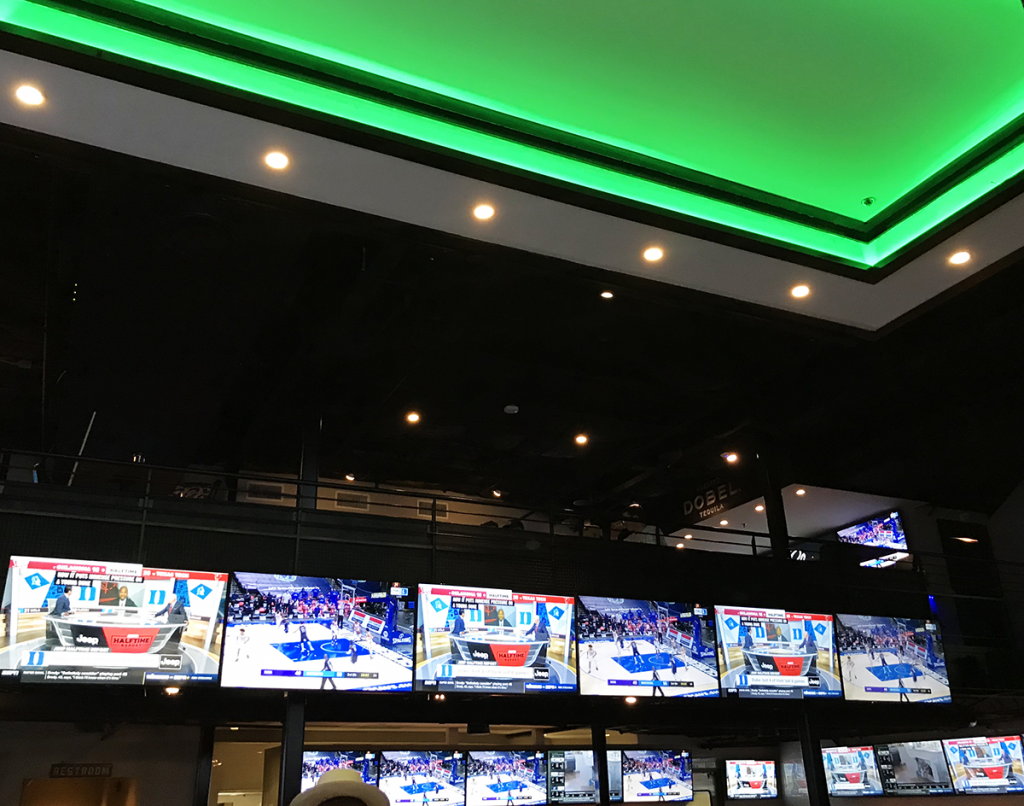 Consider this new environment, although new and revised lightly, proof that some good things never really die; they just get repackaged and evolve some, is all!

That’s also the case with Christie’s Loca Mojito frozen drink they’re now serving, actually! Created back in 2018, this iced up mojito variation tastes like a melted popsicle from childhood — the kind that you’d have on field day after relay racing in 100-degree weather. Only… well, boozier.

Blame the boozy factor on the Piña Loca tequila — a pineapple-flavored tequila with origins in Dallas — that serves as its base. Alden Early, a principal partner behind Piña Loca tequila, tells us that the story behind this interesting flavor combination is actually quite simple.

“It was toward the end of 2016, and Fireball sales started going down,” says Early. “More people began to order tequila and pineapple, so it just made sense to combine the two.”

So, how’d Christies then settle on taking that offering and turning it into a frozen drink? Well, by teaming up even further with Piña Loca tequila. 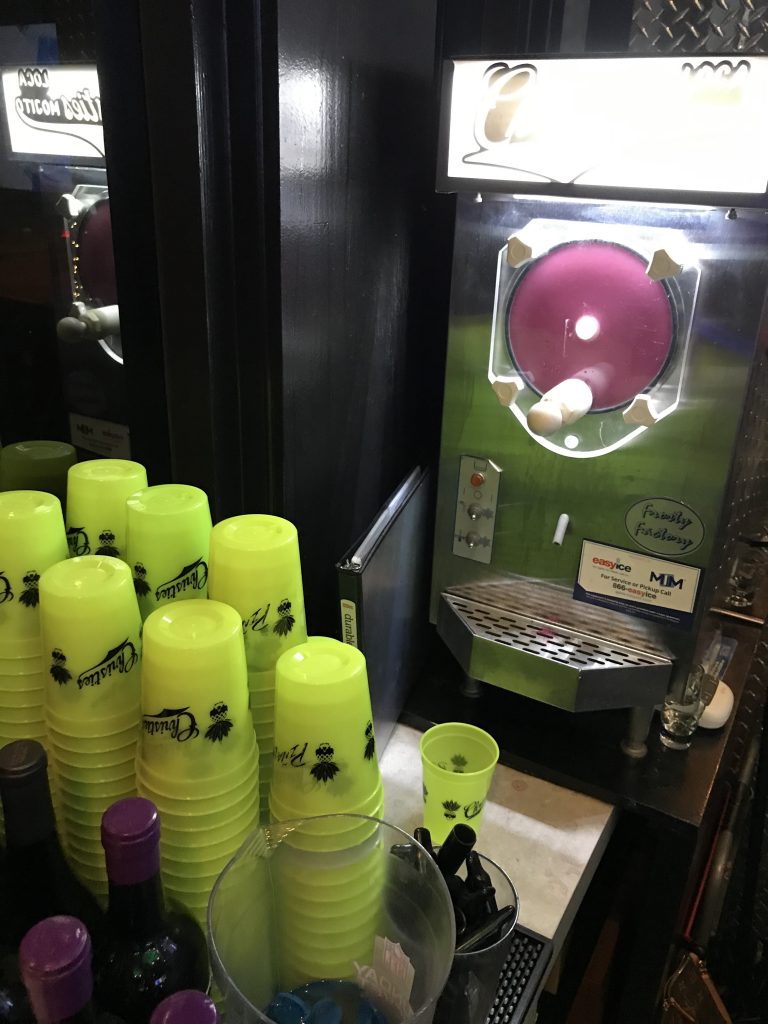 Together, the two crafted this frozen concoction specifically to make use of some neon souvenir cups splattered with both of their brand names — containers that change colors when their plastic interacts with cold liquids.

It adds an additional element of fun to an already playful and flavorful frozen cocktail that instantly transports anyone drinking it into a summertime headspace.

Also, can I just ask: Is anyone else getting served serious ’90s nostalgia from all of these elements? Between the revival of an old bar staple, the reimagination of a childhood treat and color-changing neon packages, there’s a whole throwback thing going on with this offering.

And y’know what? It’s working.