[Q&A] JunesEightyEight Stays True To Himself. 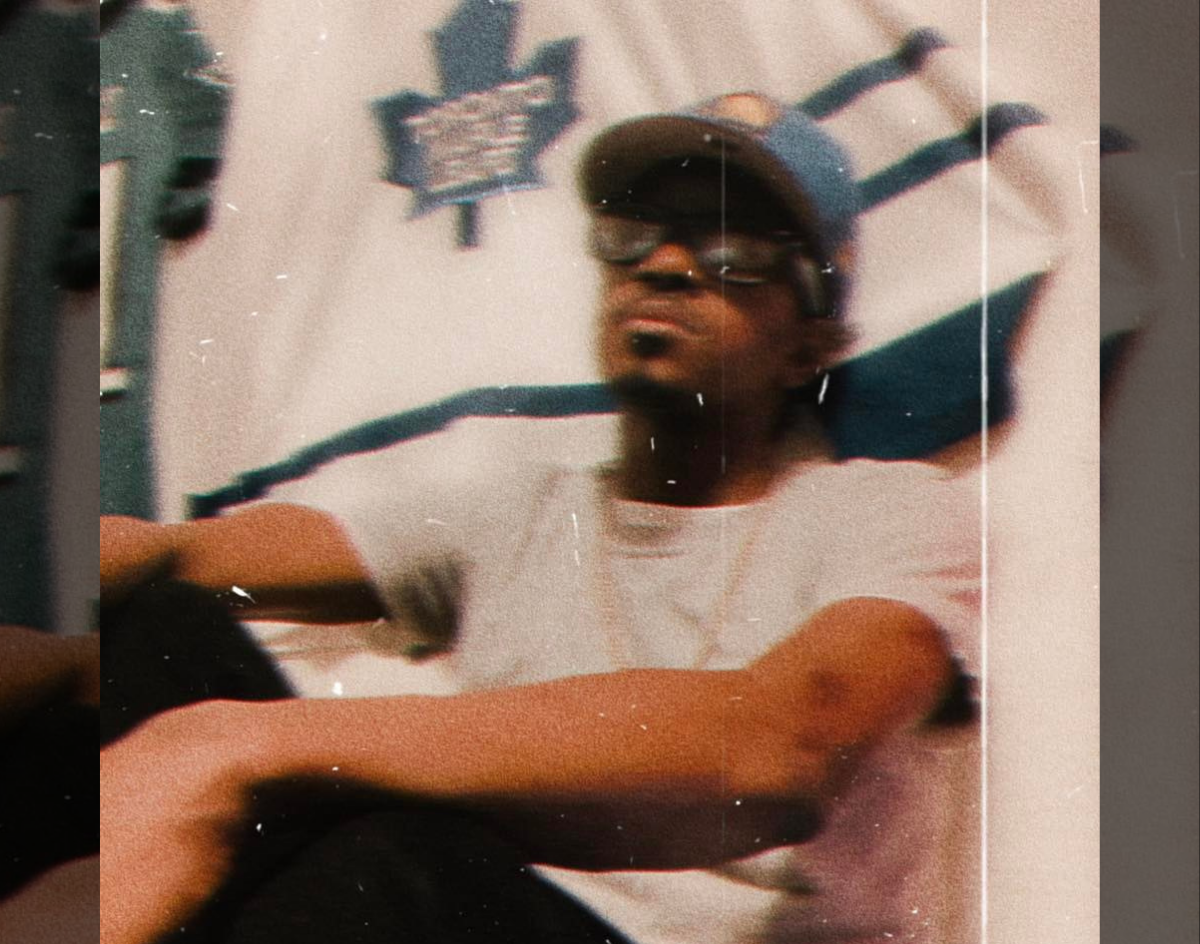 JunesEightyEight Wants To Boost Your Confidence With His New EP. Learn Who Boosted His & Why You Won’t Be Seeing Him In Deep Ellum Quite Yet.

Last month we introduced you to Tony Jones, known in the music scene as Junes EightyEight. We were captivated by his smooth 2000-esque rap and couldn’t get it out of our head.

Jones teased The Eighty8 Tape, a new EP that we couldn’t wait for, so when he offered us a first listen, we jumped on the opportunity.

In three tracks, The Eighty8 Tape displays Jone’s versatility and sets him apart. He makes no attempt to align himself with the crowd and shies away from the trending trap rap. Jones is 1000% confident in who he is – a simple “Coffee House Papi.”

Jones has been navigating Dallas’ music realm since 2016 by staying true to himself. From putting on independent shows like “Good Vibes,” “Fall Vibes” and “Snow Jams, to packing out former Independent Bar and Kitchen [IBK], Jones has been a staple in DFW. He doesn’t need the baddies, flashy jewelry or money to prove that. Just throw an espresso his away and “Coffee House Papi” will take you back into that good ‘ol 90’s hip-hop.

Today is release day for The Eighty8 Tape. It also happens to be Jones’s birthday! Happy Birthday!

We got to chat with Jones over the phone about how he’s been navigating the DFW music scene, how he stays true to himself and his go-to coffee order.

We want to give you an opportunity to introduce yourself, so who is Junes Eighty8?

Junes Eighty8 is just your regular, everyday guy who just happens to be a rapper. I’ve been doing this for a long time, and it’s good to finally be able to get the recognition that I’ve always wanted. So I’m excited. I’m just happy to be here. And I happen to know that people liked the music.

We’re going to go out on a limb and say JunesEightyEight is your birthday, is that accurate?

[Laughs]  Yeah, it’s funny because that name actually came from me wanting to be a songwriter. And I wanted a name that stood out so people don’t know it was me, something that’s not my name. When I started doing music, I needed a name so I just stuck with that.

You put out a lot of work during the pandemic, two albums and one EP. How did you get all of that done?

Yes, that’s what having a home studio does when you have nothing but time. You get a lot done, like you get a lot done! l I’ve been putting out music nonstop since 2016. So I just told myself I never want to stop putting my stuff out because I wanted people to know who I was. I want them to get familiar with me. I never want to take the brakes off and I just want to go full throttle.

You’ve been doing this a while, how has navigating the Dallas music scene been?

At the beginning it was rough because I didn’t know where I fit in because of my style. I’m not a trap rapper. I’m not none of that. It was weird because I’m a rapper that doesn’t rap about that kind of stuff. It puts you outside a box, so you have to find where you fit in. Luckily, my group that I’m around, my friend group, it’s a good support system like my boy Altitude, he’s a Christian rapper, and my boy Guyceritops.

Guyceritops is just like me, we don’t rap about stuff we don’t do. We are just regular guys that just rap and we rap about our experiences. So when you get around people like that it’s like, “Just be yourself, you don’t got to be like those guys over there. That’s not you.” So when you find that group of people that really like your sound, it helps you navigate easier. I don’t have to try to make this kind of song or that kind of song, because that’s not my lane.

Did you ever find it difficult to not give into that pressure to be like everybody else?

No, not at all. That was the most easiest thing. Once I said, “I don’t do that,” that was that. I feel like the people that are in that world, they know. They can tell,  “You’re not that kind of rapper. You’re nothing like that, stop!” [Laughs] And I have to admit, I know too many people that pose and stuff, but it’s like “Bro, what are you doing?” I stay in my own lane. I rap about the stuff I like to rap about. So I think people like that. They gravitate towards it.

Man, good question. I like to say I got that early 90’s hip-hop kind of like leaning towards that conscious hip-hop like Common and stuff like that. That’s what I like. I guess you would say that’s my style. I can’t even tell you. I can’t even describe it myself.

What advice do you have for up-and-coming artists?

Stay in the loop. I tell people, if you are a new artist, you have to go out. You got to meet people. You got to hit open mics. You got to get cool with venues. You gotta get cool with people and just get your face out there because I always tell people, “You’re not gonna make it just sitting at home.” Yes, you are recording the song and putting it out, but you gotta put your face out there, you gotta meet good people that want to listen to you, give you opportunity and see what you’re trying to do. You have to network.

You have a song dedicated to Deep Ellum. Right now a lot of people are talking about the crime in Deep Ellum. How has it been navigating that as an artist and just seeing the transition?

It’s weird!  Back in 2018, it seemed like everyone, especially me and my crew, was in Deep Ellum.  We were doing the shows at IBK every month. We used to have IBK jam-packed. It was different then, it wasn’t bad. Once the pandemic hit, everything shifted.

Once IBK switched hands, we stopped going down there. We stopped performing and it started changing. We started to see the change and it was like, “Yo man, what the hell’s going on down here?” Every other week something crazy is going on down there, man! It sucks to see it change. Deep Ellum is a fun spot, so much fun, but people say they don’t feel safe going down there. I have a friend who her, and her boyfriend said, “If you do a show down there, we are not coming.” Damn.

As an artist, you always care about your fans and their safety. You want people to feel as comfortable as possible. If they are coming in to see you, you don’t want them to be looking over their shoulder or scared to walk to their car. Once they get more police down and more something, Deep Ellum will be more relaxed like it used to be.

We are big community college fans over here. [Shoutout Brookhaven College] You did open mics at Richland College back in the day. You mentioned a staff member gave you the opportunity to do the open mics, can you tell us more about that?

Mr. Cedric [Merritt]. So the story is that I will “Man, whatever” myself in so many situations. Mr. Cedric  really saw what I was trying to do. He saw the many hoops I had to jump through to get music going. When I finally got it he was like,  “Yo, you got it!”

We had a really deep conversation one day where he told me I really made some headway.  They weren’t doing open mics at this college. I started the open mics and he told me, “You’re the only person that had a show that kept it going.” I stopped going to Richland and he was still letting me do the open mics. I had taken a semester off. He told me, “You can still come and do this if you want.”  So it’s like I started there.

That’s the whole community college thing. Those professors are different. Like he would pull me aside and be like, “What happened with your grades? I pulled your grades. Have you fallen off? What’s going on?” I’m forever grateful for that opportunity. That opportunity made me. I don’t even know if I’ll be doing this. I’ll probably still be doing it, but it would have been a little rougher road if I didn’t have that platform.

My brother Altitude was like, “Yo, man. Just relax. Do the music.” I started to relax and gained confidence. Even with Eighty Eighth Avenue, I started to have the confidence. I tell people go back to the beginning, you’re going to hear the growth.

With June’s World 2, it’s about positivity and confidence. Going into it, if you didn’t have personal confidence after you’re done listening to it, you’re going to have it.

With a name like “Coffee House Papi” we have to ask, what is your go-to coffee order?