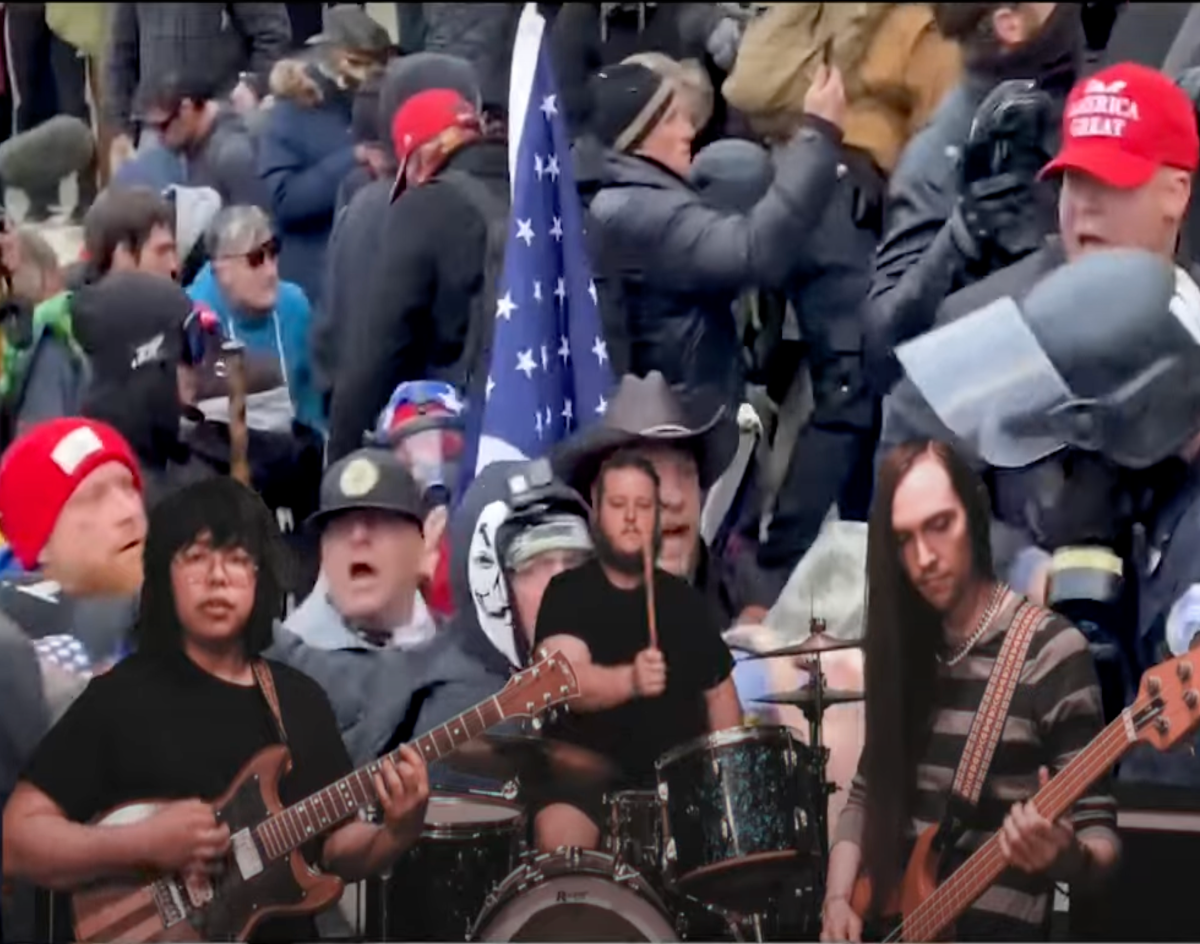 One Year After The Deadly Attack On The Capitol, Garage Punk Band Thyroids’ Latest Music Video Remembers “Of A Few Stupid People.”

THYROIDS – “0106”
RIYL: down with white supremacy!!
What else you should know: A year and a day ago, supporters of former President Donald Trump stormed the U.S. Capitol as a response to what they believed was an unfair 2020 presidential election. That infamous day, which resulted in more than 700 people charged and five deaths, will forever be remembered as an insurrection. On its anniversary, the Richardson-based punk band Thyroids released a song inspired by it.

Its latest track “0106” is the second song off its upcoming EP A Swift Kick In The Ass through Turkey Baster Records. In music video, the band performs in front of a green screen that takes us back to those violent events with a series of broadcast news coverage and archived media.

Trump flags, Alex Jones, Trump’s CNN statement, police shields smashing a window and Jacob Anthony Chansley – the self-described shaman and QAnon conspiracy theorist – are just some of the chilling images that takes us back just one year ago.

The message behind the tracks criticizes the Republican Party and mocks the insurrectionists — many whom now face prison time.

The track’s fast to steady tempo aligns perfectly with the videos behind them. As the instrumentals pick up, a crowd of protestors surge into a wall of armed police officers. As it slows down, unpleasant images of Trump drop to the beat of the drums and its instrumentals chillingly fade out.

In response to the insurrection, the band says, “It was an audacious thing to do and bad enough to write a song about. Actions such as those should be reserved for real tyrannical reasons and not for halting the progress of democracy.”