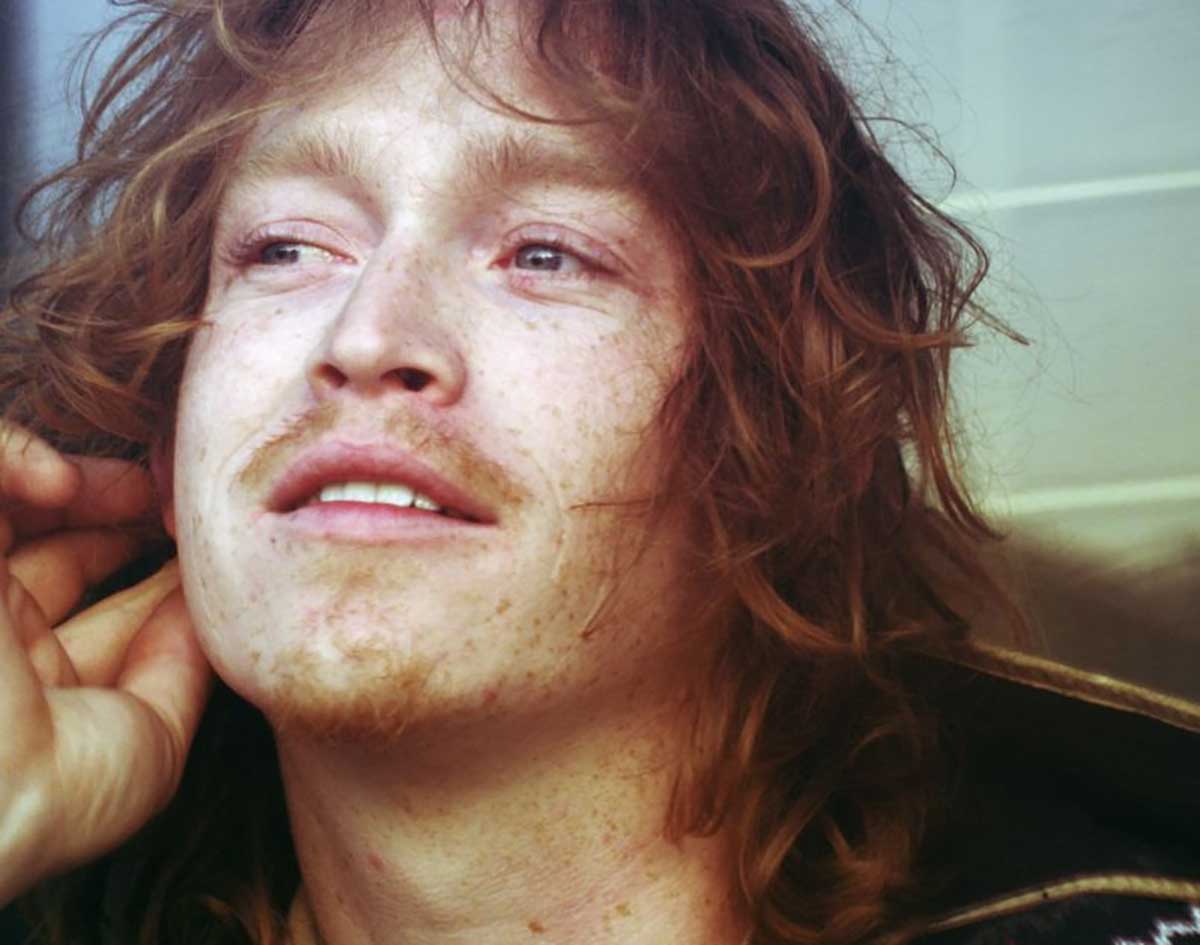 Check Out The Music Video For The Garland-Raised ‘Get Out’ Actor’s Apocalyptic Psychedelic Freak-Out Of A Lead Single From His Forthcoming Debut Solo LP.

Caleb Landry Jones — “Flag Day/The Mother Stone”
RIYL: The Beatles, but also the end of the world.
What else you should know: Before becoming something of a Hollywood darling thanks to his standout supporting acting performance in Three Billboards Outside Ebbing, Missouri and his especially creepy turn as the lead character’s would-be brother in law in Get Out, Caleb Landry Jones was just another North Texas kid with dreams of making it big one day as a rock star.

Back in 2010, the Garland native and a buddy of his were just starting to play around town and score gigs around the region under their duo’s Robert Jones moniker — and though those efforts fizzled out as the actor took his talents to the West Coast, you could tell even then that there was ample creativity and talent bubbling under the surface of the group’s charming frontman.

Ten years later, the musical aspect of that all is starting to come back to light. On May 1, Jones will release his solo debut LP, a 15-song collection called The Mother Stone that’s due May 1 on Sacred Bones Records — the record label home of John Carpenter, David Lynch, The Men, Zola Jesus and more.

Interestingly, Jones’ path to Sacred Bones runs both figuratively and literally through Hollywood. He was put in touch with the label after a meeting with the acclaimed indie filmmaker Jim Jarmusch. To help the director become better acquainted with his personality and capabilities, Jones penned and presented to Jarmusch a custom song — one of many he penned during a deluge that he says came in the wake of a particularly gnarly breakup.

In total, Jones claims to have amassed a collection of some 700 unreleased songs while holed up in his parent’s barn, coping with his emotions — more than enough, Sacred Bones determined, with which to form an album.

In a full circle move, the song he wrote for Jarmsuch eventually morphed into the piano line used in the album’s title track and lead single, “Flag Day/The Mother Stone.”

One of two singles dropped to date in advance of the album release (the other being the only marginally more straightforward “All I Am in You/The Big Worm”), “Flag Day/The Mother Stone” is wild, psychedelic freak-out of a track that sounds like what The Beatles might’ve created had they never broken up and found themselves releasing music operatic, acid trip-like carnival singles during a somehow post-apocalyptic 1970s.

In other words, it’s quite the perfect listen for these end-times we’re currently enduring. Give it a listen via the February-released, lo-fi music video embedded below.