Get Out Should Be Dallas Actor Caleb Landry Jones’ Breakout. 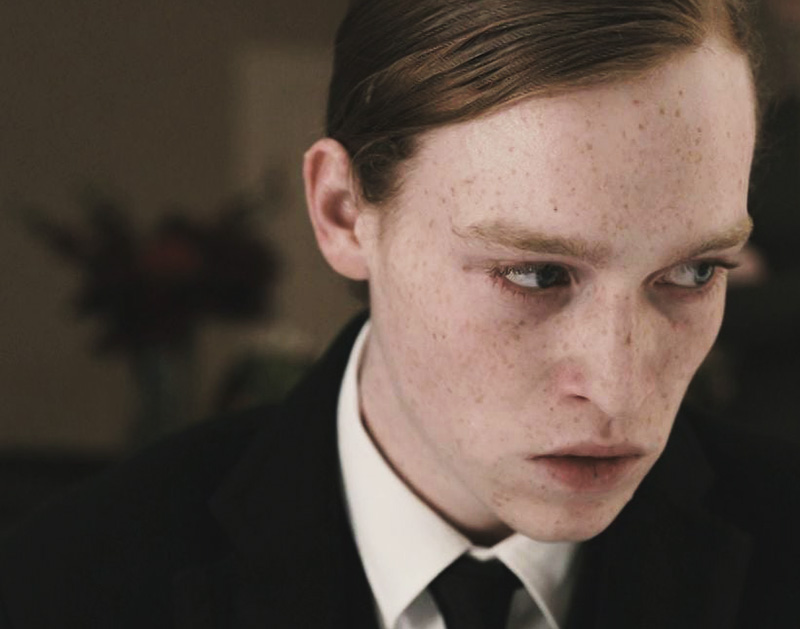 Were it to exit theaters right this second, Get Out would already stand as a massive hit.

The Jordan Peele-written and -directed thriller, made with a modest $4.5 million budget, is already a clear financial success, having pulled in $30.5 million in opening weekend box office earnings alone. And that’s before even mentioning that the film — a very necessary look into the troubling ways with which our society views race, as our own review of the movie says — is a critical darling, earning almost universal praise on its way to becoming the best-reviewed movie of the early year.

Peele, of course, deserves heaps of praise for his both his vision and his execution of it. But his efforts in Get Out are greatly abetted by a number of standout performances, too.

Daniel Kaluuya proves himself a master of intricacies with the shaping of the film’s lead character Chris, a man who is at once exceptionally resilient but also wholly overwhelmed by the unexpected overture that comes with meeting his girlfriend Rose’s parents. Playing Chris’ best friend Rod, Lil Rel Howery too stands out as the film’s much-needed comic relief and as the objective outsider lens through which the audience views much of the plot’s intrigue. Just as remarkable, though, is the performance of Dallas suburb product Caleb Landry Jones, who shines in the role of Rose’s brother Jeremy. 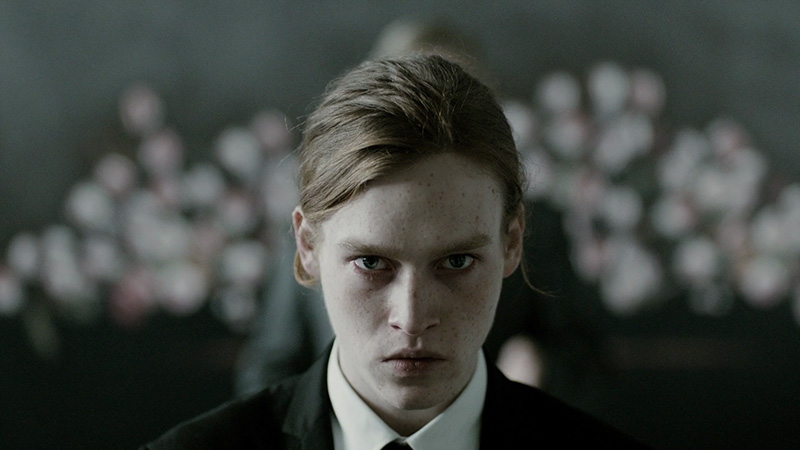 In a film so dependent on its creep factor, Jones arguably offers up Get Out‘s creepiest performance. While other characters are perhaps more insidious in their villainy, there’s never much doubt that Jeremy’s character’s is unhinged. Before he even appears on screen, his family jokes about the intimidating thought of Chris having to meet him; then, once he finally does appear, he is magnetically toxic. In his first scene, he’s drunk, bruised and, although it comes through a smile, immediately antagonistic. While the film indeed teases things going awry for Chris prior to Jeremy’s arrival, it is Jones’ first appearance on the scene that brings he film’s first clear indication that things aren’t going to go as smoothly on this trip as Chris had once hoped.

That Jones would score such a role isn’t much of a surprise. The 27-year-old Garland native’s star has risen substantially in recent years. Among his earliest credits are small roles in such memorable films as No Country For Old Men, Superbad and The Social Network. Those credits begat larger turns as a member of Dillon High School’s preeminent Christian speed metal band, Crucifictorious, in the television production of Friday Night Lights and a prominent part in 2010’s The Last Exorcism. From there, he scored the role of Banshee in X-Men: First Class and the lead role in Brandon Cronenberg’s Antiviral, among other increasingly high-profile gets. Later this year, he’ll play in the large ensemble assembled for David Lynch’s Twin Peaks continuation.

His chops have never been in doubt, but to see Jones creep so capably in Get Out is at least a little jarring to anyone who’s met him in person. He’s always had a bit of a devilish streak, but his youthful charms ultimately superseded any lingering doubts about his person.

We’ve reached out to Jones to try and set up an interview with him about his stellar turn in Get Out, but earlier talks with him do a fine job of explaining his mindset. When I helped produced a video for the Dallas Observer on the then-20-year-old Jones and his then-up-and-coming band Robert Jones (see bottom of this post), Dallas musician Jacob Metcalf asked Jones how he measured success and what he envisioned it being like once he arrived at that point in his career.

Taken out of context, that’s a perfect summary of Jones’ Get Out performance. Seems he knew something then that the rest of us didn’t.

Like Moonlight‘s Trevante Rhodes, another Dallas-area actor who recently broke out and seems poised to go onto big things in the near future, we’re very much looking forward to seeing where Jones goes from here.