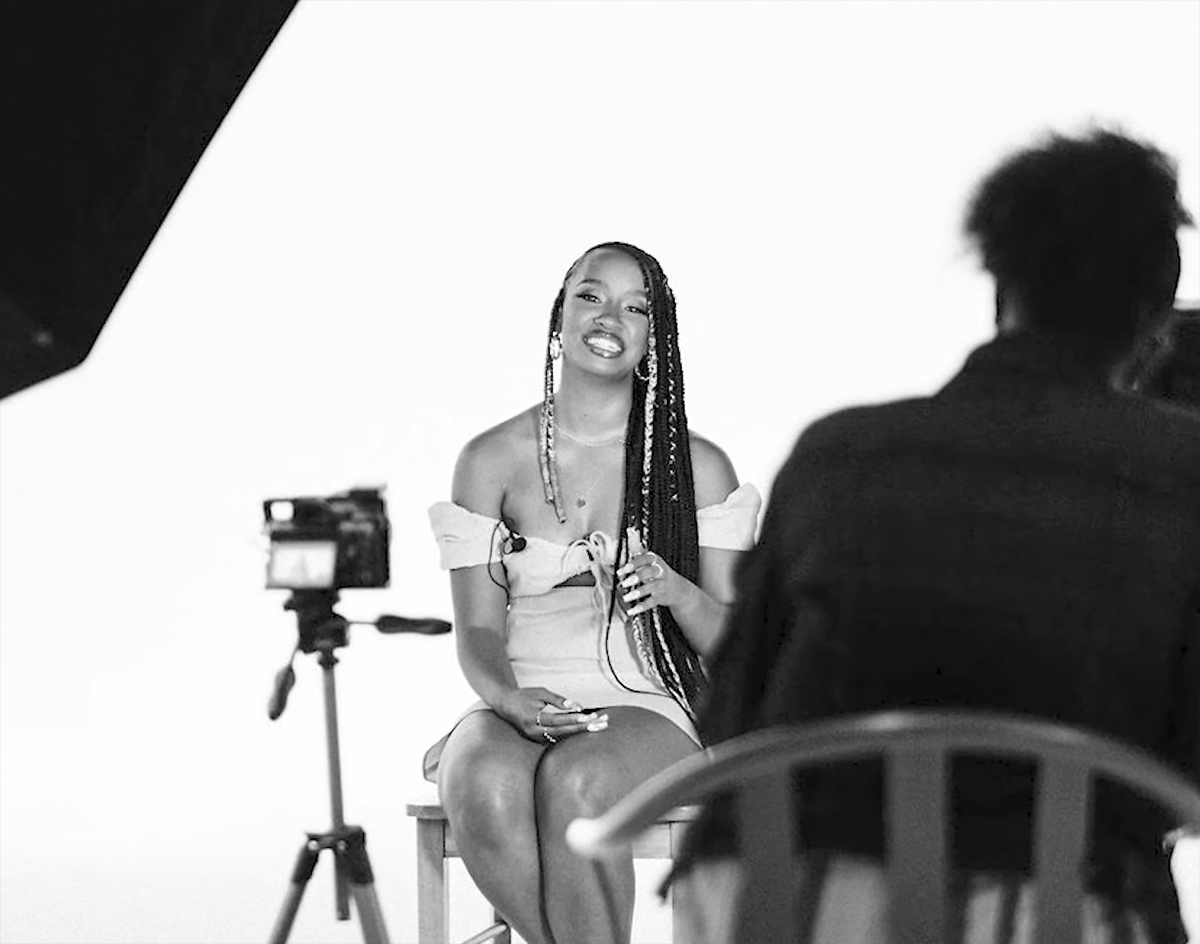 After Years Spent Supplementing Other Artist’s Songs, The Talented Dallas R&B Performed Confidently Steps Back Into Her Own (Now Phonte-Approved) Spotlight.

BeMyFiasco — “Bad Dream”
RIYL:‌ finally getting your own damn shine.
What‌ ‌else‌ ‌you‌ ‌should‌ ‌know:‌ Since first popping up on our radar back in 2015, the Dallas R&B performer BeMyFiasco has been steadily building a Teflon resume to pair with her sultry pipes and agile vocal aesthetics.

Interestingly, she’s largely done so by collaborating with other artists. Since releasing her debut BeMyFiasco solo EP Layers in 2016 (she also released a 2013 EP called Solitude under her given Bianca Rodriguez name), this daughter of a gospel singer and granddaughter of a Tejano performer has dropped a handful of solo singles here and there, but mostly upped her game by contributing key parts to a wide-ranging selection of songs from her peers.

Locally, that means she’s leant her talents to songs from the likes of Jayson Lyric, Ish D and Larce Blake. But, ultimately, she’s boosted her profile the most by working with the acclaimed Little Brother rapper and impresario-at-large Phonte after the two bonded over shared musical interests on Twitter.

Through that relationship, BeMyFiasco’s voice has appeared on standout solo tracks from Phonte, singles with his Little Brother group and in various tracks from other acts with which he’s had a hand in producing. Perhaps most notably, her vocals also served as a centerpiece for a song Phonte worked on with the ever-lauded Robert Glasper for his 2016 Miles Davis tribute project Everything’s Beautiful.

At this point, it’s pretty clear: Phonte counts himself as a BeMyFiasco fan. And, now, he’s putting his money where his mouth is. On October 15, Phonte and the Dutch producer Nicolay’s Foreign Exchange label will release BeMyFiasco’s newest collection of solo offerings — a batch of songs called Where I Left You that, to hear Phonte tell it, BeMyFiasco initially envisioned as being nothing more than a three-track house EP until he offered to get behind the project and pressed her into doing more.

The second single released off the new project, “Bad Dream” is a far cry from the initial house music path BeMyFiasco may have intended to venture down — but it’s every bit an alluring listen just the same. Bouncy and intimate at once, the song finds BeMyFiasco’s vocals lilting over a lively beat while pondering factors that contributed to a freshly broken-off relationship.

More than that, “Bad Dream” showcases an artist who is more than ready to finally step out from behind the shadows of her collaborators and once again return to her own spotlight. Across its two minutes and 46 seconds runtime, the song also capably shows off a multiple of BeMyFiasco’s many talents — including but not limited to warm tones, ear-grabbing vocal runs and even some slick, understated rapping. There’s a lot going on here, but never so much so that it feels overwhelming. Instead, it all blends together and feels right.

It’s been a minute since we’ve seen her up front and center like this — but it’s a welcome sight, to be sure. To reference her upcoming album’s title, it doesn’t really matter where BeMyFiasco left us. The important thing is that she’s ready to shine again — right here, right now and in front of a bigger audience.

If this is a bad dream, just imagine her fantasies.