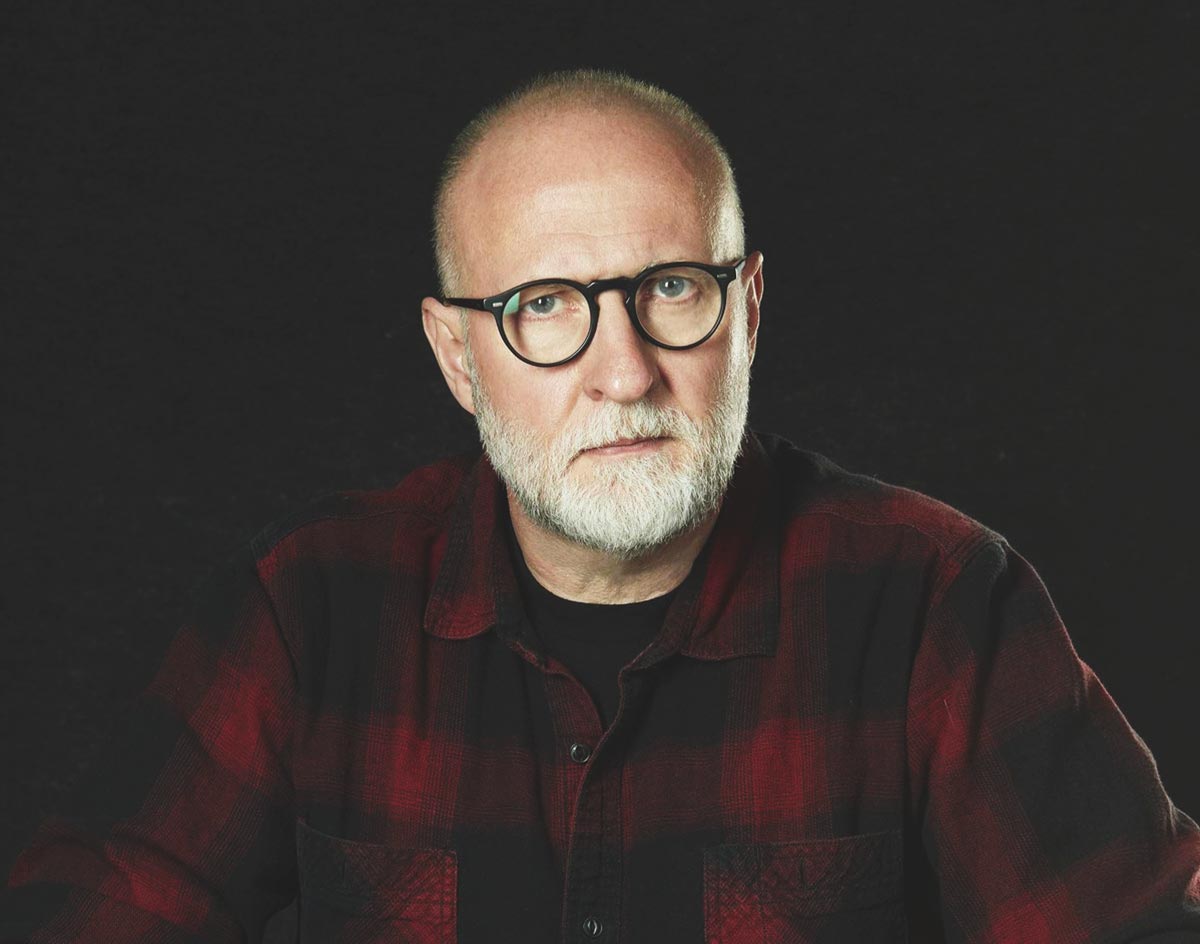 More Than 40 Years Into The Game, The Hüsker Dü Frontman Talks Touring In COVID Times, Unlikely Music Connections And His Brief Past Life As A Texan.

Bob Mould continues to forge his own path and not rest on laurels.

After co-fronting Hüsker Dü in the 1980s and Sugar in the early 1990s, he’s developed a much deeper and extensive back catalog as a solo artist. For most of his recorded work, he’s successfully married the Top 40 pop melodies he heard as a child with the rush and excitement of the Ramones influence he discovered later in his life.

His most recent solo LP, Blue Hearts, came out last year, along with extensive reissue box sets of his solo material called Distortion: The Best Of 1989-2019. Backed by drummer Jon Wurster (Superchunk, Mountain Goats) and bassist Jason Narducy (Superchunk, Split Single), Mould has produced a number of albums and also managed to tour extensively for years.

We recently spoke with Mould over the phone prior to his embarking on his most recent tour, which includes a stop at Dallas’ Granada Theater on Tuesday, October 5. Throughout our chat, we discussed his thoughts of being a former Texan, how his solo band’s line-up has been intact for all these years, having a famous former bandmate and more.

As a former Texan, is there anything you miss about living in the state?
I loved my three years in Austin. I was there from June ’93 until about September ’96. Such a wonderful music community. Liberty Lunch was still going. Emo’s. The Continental. It was such a great, great town. SXSW was new and exciting. And, gosh, even for Dallas/Fort Worth, I’ve got lots of memories going all the way back to BDD Records and Studio D in Downtown in the early ’80s and Deep Ellum. I’ve got a lot of history with Texas both as a former resident and a working musician. But I don’t miss the humidity in August! [Laughs.]

Given how our state is currently run during the pandemic, do you feel nervous meeting fans before or after these upcoming shows in Dallas and Austin?
Not specifically, because we aren’t going to be able to do anything like that anywhere. We’re setting up a bubble where, unfortunately, we’re not going to be able to enjoy a lot of the camaraderie with the audience before or after shows. Everybody in our band and crew is fully vaccinated. We’re going to be testing every two days. We’ve got to keep the tour running and stay healthy. There’s parts of it that will have to wait until subsequent tours, and it’s a shame. But we’ve got to get through the tour healthy.

You’ve played with Jon and Jason in your backing band for quite a while. They play in other acts when they aren’t playing with you, so I wonder: How has the chemistry of this trio lasted so long?
Real easy answer: Unlike Hüsker Dü and unlike Sugar, Bob Mould Band is not the sole professional musician project for either Jon or Jason. They have many other projects, and I am busy with solo shows and doing my thing. [It’s] taking away that 24/7 friction that invariably comes up when a band is yoked together for years. We don’t have any of that. So, in a way, we get together, we spend a couple of weeks making a record and then spend a month or two touring that record later in the cycle. It’s something to really look forward to because it doesn’t have all of that constancy involved. It’s like, “Let’s just get together and play!” We like hanging out. We travel well together. We like playing music together. It’s really as simple as that.

Since Jon loves talking about interesting connections in rock bands on his Instagram, I’m curious if you’ve ever talked with him about once having the actor Michael Cerveris in your live band. As in, you’re watching Fringe or Mindhunter and you exclaim, “Hey, he played in my band!”
Yeah! When we’re in the car, sometimes Jon will have interesting questions. It’d be, “What about Michael Cerveris?” And I’ll be, “Well, I used to bump into Michael in New York. We started hanging out, and then he brought Pete Townshend, and we started hanging out with Pete, and [Michael] ended up in my band, and he’s all over the television.” Last time I saw him, I think it was January 2020 when I was out working some of the material that became [2020’s] Blue Hearts. It was a solo tour that was a chance for me to work on that stuff in public. And I ran into Michael in Bethlehem, Pennsylvania, and we had a great conversation. We’re in touch. He’s a great guy and he’s got his current band, Loose Cattle. Jon is both a fountain and a vessel of information. [Laughs.] He knows more about rock music than all of us put together. [Laughs.]

As great as the recent Distortion box set reissues are on vinyl and CD, is there a chance the self-titled “Hubcap” record, The Last Dog and Pony Show, Live Dog 98 and Modulate could make it onto streaming platforms in the near future?
Yeah! I’m working towards that for hopefully the beginning of next year. I’m hoping to get to clear the decks with outstanding stuff that’s floating around. I’m headed towards that for next year. That will be a good thing.

Do you still dream music? I read in an interview in the 1990s that you once dreamt an entire symphony.
Yeah, I do! It’s not as often as it used to be. Those dream mornings where like, “Oh, there’s ‘Brasilia Crossed With Trenton'” or “Oh, there’s ‘Hoover Dam!'” My dream states are not as prolific as they once were. I don’t know if that’s because I’m getting so much older or not getting enough sleep. I don’t know. [Laughs.] It’s always a crazy moment in my head when I realize I’m awake but that I’ve dreamt an entire song, more or less – just the ensuing panic to get to the workroom before I hear a note of anything else. [Laughs.]