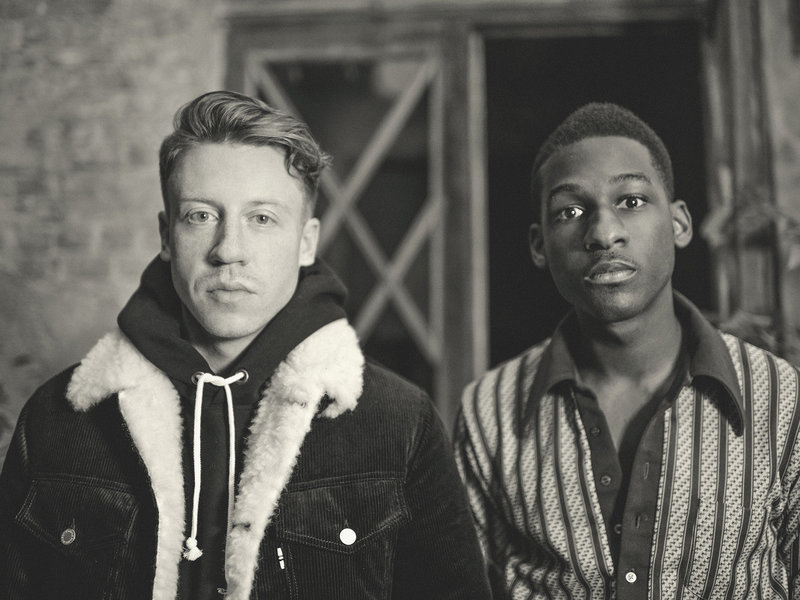 Yesterday, after penning a rundown of the ridiculous number of performers at this year's American Music Awards with local ties, we quipped on social media that North Texas was, perhaps, making a case for itself as the new music capital of the world.

Aside from Selena Gomez, Demi Lovato, Nick Jonas, Pentatonix and Leon Bridges, several other big name acts we'll get to further down in this column furthered that case. Regardless, a number of locals really drove the national music conversation this week.

The day after Bridges and Macklemore debuted their new duet “Kevin” at the AMAs, the pair released a stream of the studio version of the song via NPR.

Similarly, Chris Holt's new double album will earn its release on December 3. As previously noted, that one features a song called “I'm Wasted,” that boasts backing vocals from none other than Don Henley. In the interim, you can pre-order the album via iTunes and get a few of the tracks immediately.

Speaking of driving the national conversation: Selena Gomez was the subject of a much-needed bit of satire courtesy of The Onion about the way American males tend to sexualize female performers and most everyone else of the female persuasion: “Yes, it is fulfilled, and it can never be undone. She is now but our playtoy, an object of carnality to suggestively dress and pose as we wish, just as those who came before her.”

Talk about striking a nerve.

Also striking something of a chord this week was Irving rapper FXXXXY, who posted a video featuring a collage of his music that caught the attention of Earl Sweatshirt. The former OFWGKTA rapper reached out via Twitter this week, anyway, to tell him “that shit hard.”

And, as we've mentioned before, a handful of North Texas emcees will similarly be trying to catch the ears of some hip-hop notables at next month's DDFW Masters of the Mic freestyle competition. Now the stakes are even higher for competitors, as The D.O.C. has since been added to the roster of celebrity judges at the event, joining the previously announced Erykah Badu and Dorrough.

Moving on, after a couple years of playing shows, Hell Texas is gearing up to release its eponymous debut LP this Saturday, November 28, at Three Links. The band is led by onetime Reverend Horton Heat and Burden Brothers drummer Taz Bentley, who steps out from behind the kit to try his hand at some good ol' fashioned Texas country. Just for good measure, let's throw one more obligatory “Texas” in there. Cool. Now that that's out of the way, check out the band's first single, “Cold Beer,” below.

Then, to drum up some attention for her upcoming sophomore effort, which is due out next February, BeMyFiasco took the music bed from Mary J. Blige's “Secret Love Affair,” and re-imagined it with new lyrics inspired by the television show Scandal.

In music video news, The Outfit, TX's cinematic six-plus-minute clip for “Revelations” continues with the themes from its newest album, centering around masking ones identity and spreading terror a la the KKK. Here, though, it's violent home invaders in devil masks.

And, a couple years after the song's initial release, Zhora released a new clip for its “Lights” single. It comes just in time to promote the release of a new EP from the band, a listening party for which will be held on December 19, at Off the Record, where the band's frontwoman Taylor Rea regularly DJs.

Elsewhere: Local acts like Moon Waves and Rahim Quazi (among others) will make up the soundtrack to the new film ARC; and Lisa Loeb and Reverend Horton Heat are among the 27 artists that contributed to a new Amazon.com Christmas compilation that you can scoop up here.

Cover photo by Jason Koenig. Got a tip for White Noise? Email us!