Son Of A Butcher Is Not The End Of Lower Greenville. 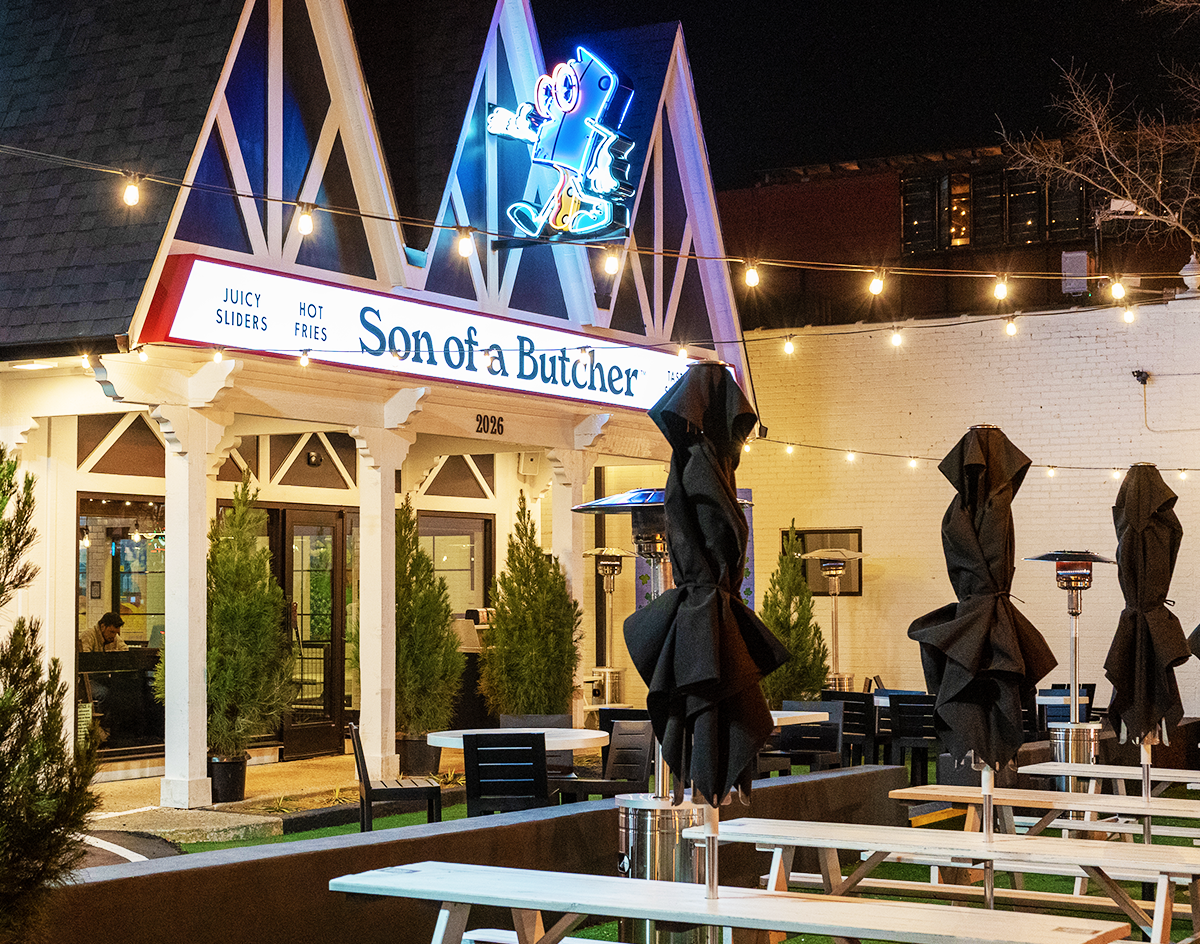 The New Restaurant’s Menu Items May Not Be Revolutionary, But It Reflects The Greater Ethos Of The Ever-Changing Lower Greenville Strip.

In the wake of several high-profile closures and local think pieces, it’s easy to believe that, on the surface, Lower Greenville is dead.

All it takes is a drive down Lowest Greenville around 5 p.m. on a Saturday to wonder where that assumption could’ve come from. Dozens of shoppers and hungry patrons are walking up and down the street, ice cream in hand, or awaiting dinner reservations. On sprawling patios, couples share coffee and smiles while college students cram for tests on their laptops over a beer.

There is indeed life in Lower Greenville, and where there is life there must be food.

The latest restaurant to join the buzzing strip is Son of a Butcher, a new eatery specializing in burger sliders that comes from the owners of Velvet Taco. It’s situated in the old building that once housed Melios Bros Char-Bar, an iconic Greek-owned restaurant that kept Dallasites fed with sizzling T-Bone steaks and pork chops for nearly 50 years.

The new aesthetics at Son of a Bucher are reminiscent of a mini-golf game, as bright green turf lines the floor of the generous patio. The high peaks of the almost 50-year-old building are painted a fresh coat of white with black accents. It’s the kind of look that would warrant a seal of approval from Chip and Joanna Gaines, Waco’s own home remodeling dignitaries.

While the old restaurant felt lived-in like a greasy and cozy spoon, the new renovation feels refreshed and contemporary, looking a bit like a southern summer cottage, only much more chic. The interior is what you’d expect from the owners of Velvet Taco: inoffensive paint, brushed steel trash can covers and quotes from millennial meme figureheads like Ron Swanson. It’s very “right now” and very safe, as masks are required, sanitizer dispensers are aplenty and a bevy of tables to sit at outdoors. But, if you just want to grab and go, they also offer online ordering.

As far as the menu, it’s not especially groundbreaking. It’s sliders after all, and the varying flavor and topping combinations are commonly seen in any modern American corporate gastropub anyway. With that said, a menu doesn’t have to be revolutionary in order be quality. Why fix what isn’t broken?

The food is well-prepared, fast and consistent —  all the relieving qualities you could want when you’re hungry. The slider rolls are soft, warm and just a little sweet, adding an interesting complement to the savory flavors between the buns. Over two separate trips, we tried six different sliders: the Burnt Ends, the Classic, The Meatball, the Runny Egg, the Sticky Chicken and the Nashville Hot. 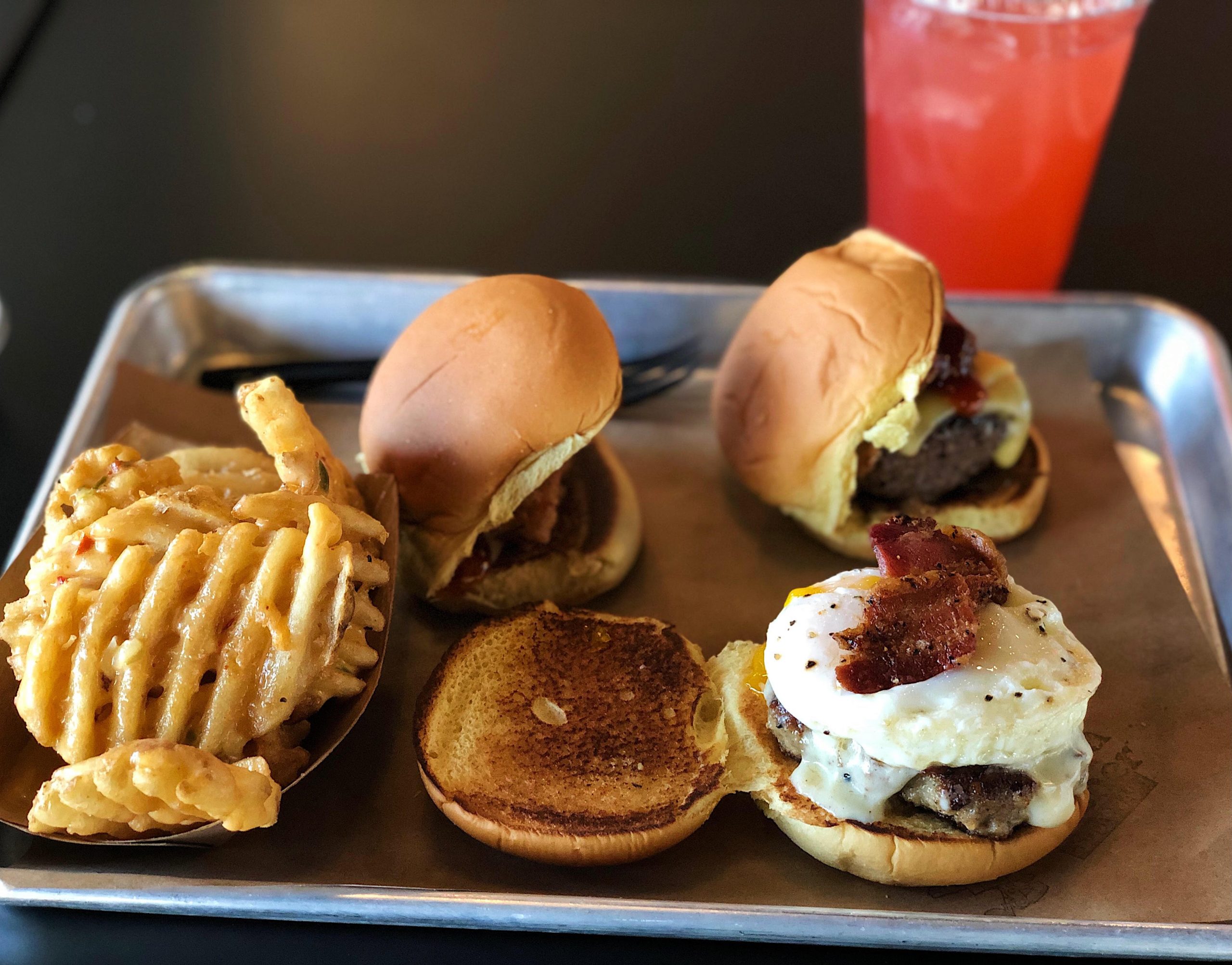 The Burnt Ends slider was perfectly tender, you could pull it apart with a fork and watch the warm juices gently seep out. The Classic is a traditional burger slider with Son of a Butcher’s signature “SOB Sauce”, American Cheese and pickles. Of course, there’s The Meatball, a sweet Italian bite, is perfect for when you’re tangled between a classic deli sandwich and a mini-burger for lunch. The Runny Egg is exactly as the name suggests: a run-of-the-mill egg on a burger.

The Sticky Chicken, topped with basil and a Thai chili sauce on a tender piece of chicken, was especially delicious. Some foods you eat and forget, and others you crave. The Sticky Chicken stuck with us for the rest of the weekend. This is definitely something to order again, like yesterday.

Of course, we tried the Nashville Hot Chicken-style slider just to see where it would stack up among the growing hot chicken trend taking over DFW.  The Nashville Hot was topped with a Pimento cheese spread, Nashville hot sauce and a pickle. It was excellent. (Although, while not sure if it’s as good as Ricky’s Hot Chicken, we’re sure you’ll inform us in the comments on social media!)

As for side options, the choices are straightforward. The fries were crisp and satisfying. A large menu of boozy shakes are available, a trend that is increasing in popularity in modern fast-casual restaurants for the after-work crowd.

Overall, each of the sliders we tried were excellent, but again, not groundbreaking. If the approach with Velvet Taco’s menu is any indication, however, they’ll likely have a larger menu with more elaborate options over time.

Over the last 15 years, we’ve seen Lower Greenville’s transformation from a hip-hop club strip in the early 2000s to a stretch of road that houses iconic music venues and dance floors. The restaurant scene and vintage shopping staples have evolved. Fixtures like highly-acclaimed eatery The Grape closed, and Good Records was rehomed to a more affordable space. Maybe it’s not home to a total DIY bar crowd like it once was, but it’s increasingly older, more interested in comfortable seats, consistent menus and stroller space rather than drinks served dimly-lit cave. This moment isn’t the end-all-be-all for Son of a Butcher or even Lower Greenville. 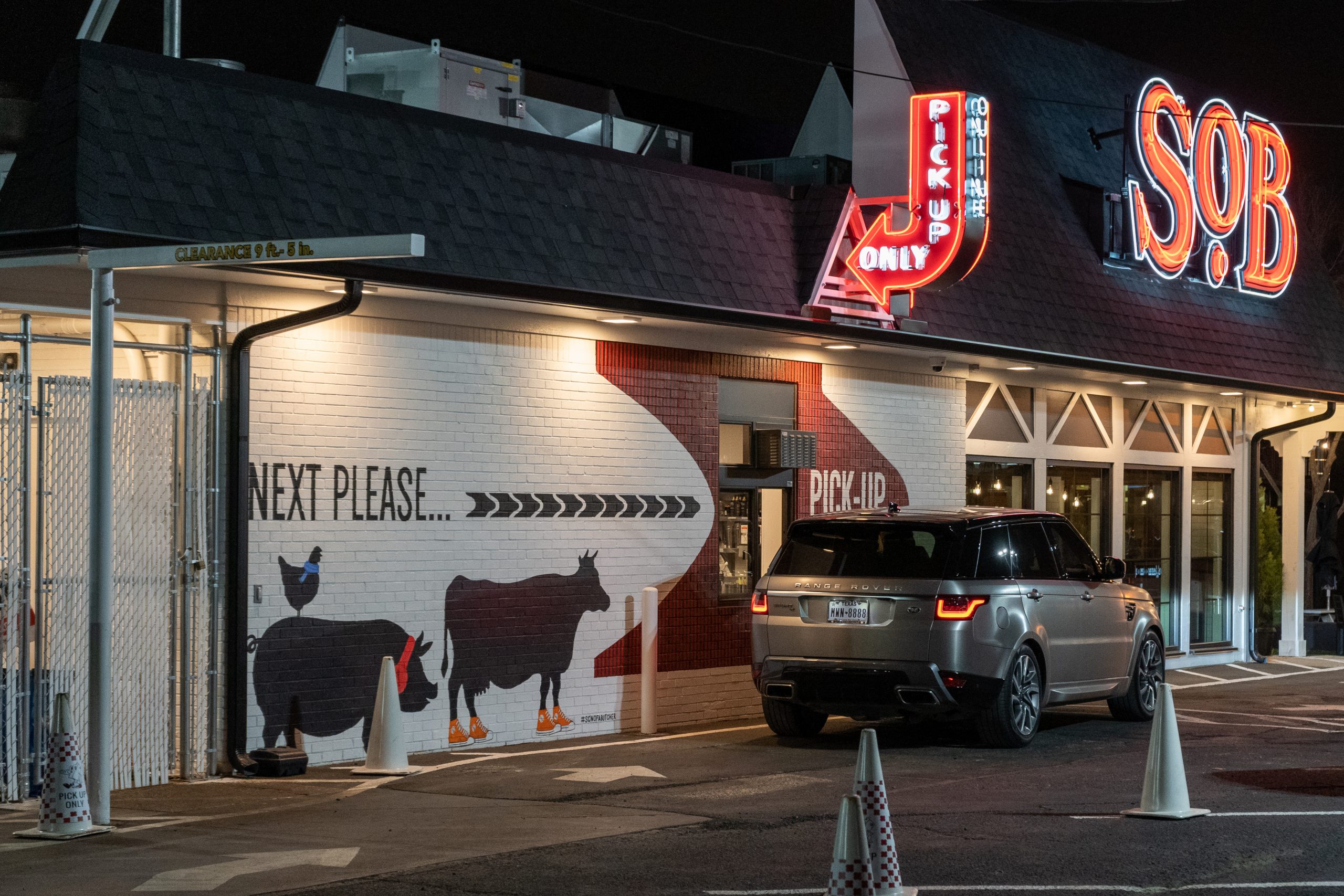 Son of a Butcher knows this. They advertise staying open “late” but that just translates to midnight. It wants to be an iconic and low-maintenance neighborhood spot like Char-Bar, but it’s clean and owned by a corporate restaurant group that overuses the word “concept.”

Still, it’s clear the minds behind Son of a Butcher have done their homework, studied their history books and gotten in touch with the local community on creating visual homages that reflect this. The restaurant has tapped in with students at Booker T. Washington to design and paint a mural that will feature Char Bar and represent the history of Lower Greenville on the side of the former Tacos Mariachi building next door.

While leaving, I pulled my car out of a tight parallel street parking space and a shiny compact Mercedes SUV immediately pulled in. A young family got out and started walking down the avenue with an expensive stroller in tow, almost poetically.

Lower Greenville never died, just transformed to match the $400k condos and high-rent apartments of the neighborhood. In that way, this new slider spot fits in perfectly.

Lower Greenville will be just fine.