Signs Of The Times. 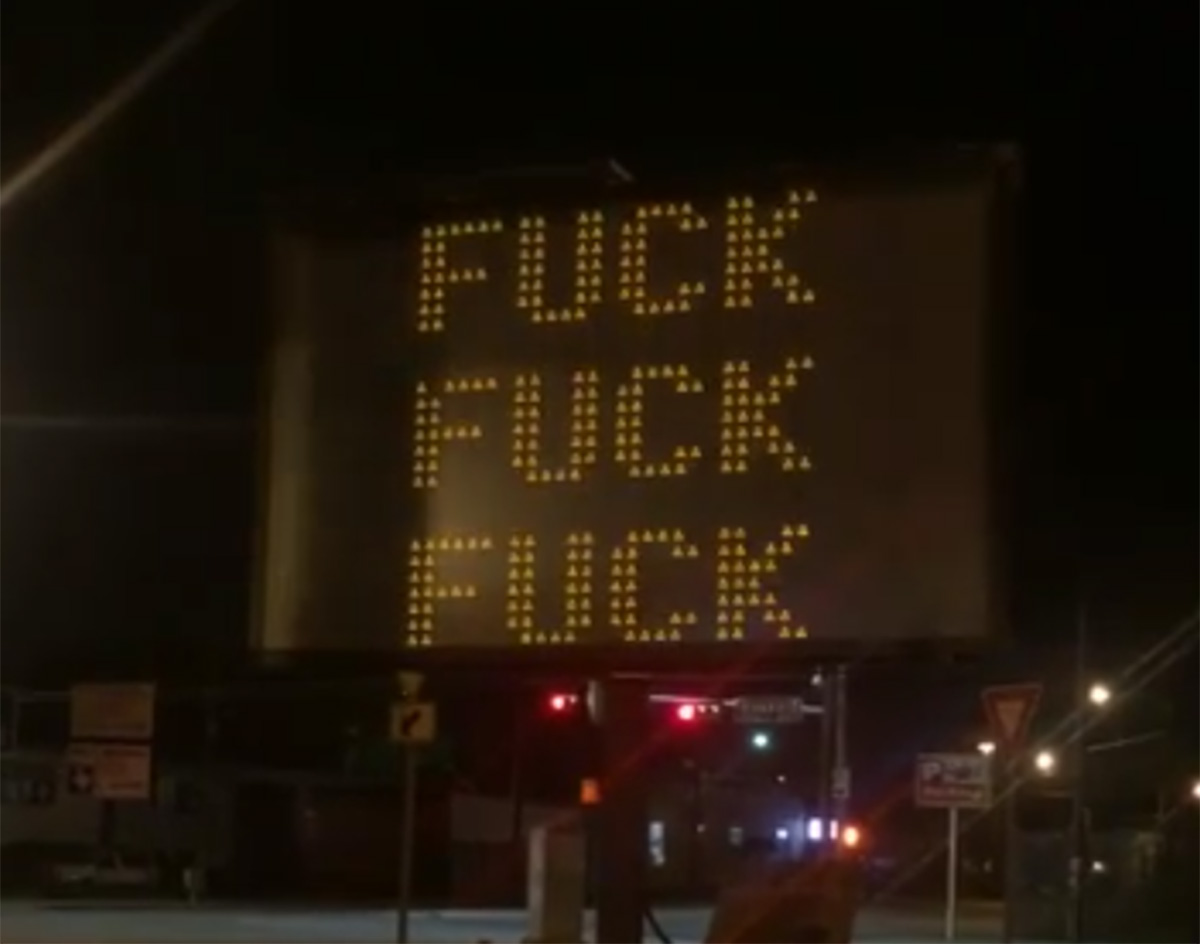 Here’s something to be thankful for: The Dallas Sign Hacker is back at it!

Who? Oh, you know, the person(s?) responsible for changing up the messages on TxDOT construction signs for the past year and a half, altering them sharing information about boring old delay warnings to having them read various messages of hilarity.

We first became familiar with this miscreant’s work way back in July of 2015, back when a sign on the Central Expressway was hacked into and made to read “Deez Nuts.” Then, back during this spring season, the hacker’s efforts showed up on I-30 to spread three messages: “Bernie for President,” “Donald Trump Is a Shape-Shifting Lizard” and “Work is Canceled — Go Back Home.”

We honestly thought we’d seen the end of this merry prankster’s work, in part due to cops’ repeated warnings that such sign-tampering could mean up to $1,000 in fines and two years in jail if the perpetrator were caught.

But nope! Earlier this week, the sign hacker’s work showed up again, this time in Fair Park!

Perhaps worth noting: This is not the first time this part of town has used a form of graffiti to speak out about Donald Trump.